It was pretty much obvious at the outset of Liz Spayd’s tenure as New York Times public editor that the paper had elevated a dangerous simpleton into a position of influence. And now, with Spayd’s tone-deaf chiding of Times reporters for mostly anodyne comments on the empty spectacle of the Trump transition and call-outs to critics of President-elect Trump (another dangerous simpleton recently elevated into a position of influence), we’re seeing all the tell-tale signs of a full-fledged intellectual meltdown.

To recap: Spayd was pulling talking-head duty on Tucker Carlson’s latest Fox News brand-extension, and Carlson, like any Fox-trained grievance merchant, went into high dudgeon over a smattering of Trump-themed tweets drafted by Times hands. (Sample outrage fodder: A tweet from Times investigative reporter Eric Lipton on the rampant merchandizing of Trump-branded swag that read in full “White House as QVC. It has started”; a tweet from Jerusalem bureau chief Peter Baker linking to—horrors!—a Brookings Institution breakdown of failed election coverage by (his wife) Susan Glasser, former editor of that notorious left-wing rag Politico; and a tweet from reporter Liam Stack that merely repeated a headline about the Electoral College that ran in that other scurrilous journal of radical opinion, The Atlantic.)

Now, any intelligent human versed in the basics of the Fox brand of cable hectoring might have noted that this is the sort of non-controversy that the phrase “tempest in a teapot” was coined to describe. A minimally prepared guest might even note that far rougher sentiments had been aired in a recent Twitter feud between Bret Stephens, an editor at the Wall Street Journal, and counter-journalistic Trump shill Sean Hannity—but maybe that wasn’t deemed suitable red meat for Fox’s bow-tied, Trump-osculating hellion because all the principals in that dust-up were paid by Rupert Murdoch, just like Tucker Carlson is.

Did Liz Spayd rouse herself to this basic level of media literacy? Ha, of course not! Instead, she blathered awkwardly in Carlson’s own chosen register of vacuous affrontedness. “Yes, I think that’s outrageous,” she obligingly burbled. “They shouldn’t be tweeted.” Later on in the segment, Carlson, no doubt delighted to have such a pliant Tweedle Dum on the set, raised the rhetorical stakes, suggesting that Times editors should threaten to fire the offending tweeters. And sure enough, Spayd seemed game for some sort of managerial discipline: “I don’t know that any of these people should be fired, but I do think that when people go over the line like that, and I think some of those are over the line, that there ought to be some kind of a consequence for that.”

When Spayd’s idiot musings touched off an entirely predictable social-media furor, she tried a semi-walkback of her comments. “In retrospect, I should have held back more, not knowing what the context was for the tweets” she told Politico media reporter Joe Pompeo. “But I stand by my view that journalists should be careful, sometimes more careful than they are, with what they say on social media. That includes how it can be interpreted.”

That includes how it can be interpreted. Let us linger a moment on this particular passive effusion of patrician management-speak. In this case, of course, the only “interpretation” being floated for this inoffensive array of comments was the nakedly ideological tantrum that Carlson was cynically staging to advance his own Fox career. (Let us also pause to recall that in his role as founder and editor-in-chief of The Daily Caller, Carlson had cheerfully thrown up any and all click-friendly fables to the conservative faithful, from the vile smearing of women who’ve had late-term abortions to the nonexistent flag deficit at the Democratic National Convention. Washington Post media columnist Erik Wemple helpfully compiles more of the Caller’s own putrid reportorial track record here.) So yes: There’s a blatant first-order fallacy in Spayd’s flustered alibi—it is decidedly not the job of professional journalists to cave in uncritically to any self-anointed press critic who happens to be yelling into your face at the moment.

But this observation opens onto a much larger set of institutional failures at yon Paper of Record, of which Liz Spayd is but one in a long line of troubling symptoms. Simply put, the Times has long been cowed by precisely the sort of on-the-make tales of incorrigible “liberal bias” that Carlson was mining for ratings gold. During the mercifully short-lived tenure of executive editor Bill Keller, the needling got so intense that Keller appointed David Kirkpatrick as the paper’s designated correspondent on the American conservative movement—as opposed, you know, to treating said movement in its actually existing form as a fungible set of political affiliations. (In a fitting epilogue to that dim-witted experiment, Kirkpatrick went on to become the paper’s Cairo bureau chief, and composed an in-depth account of the attack on the U.S. embassy in Benghazi that has rendered him a premier villain in right-wing folklore. Carlson’s splendidly impartial Daily Caller shop even weighed in with the news—peddled by truth-challenged movement hack Charles Johnson—that Kirkpatrick liked to parade around naked during his Princeton undergrad years. Hey, at least he didn’t sport a series of oafish bowties!)

The real problem here is that these people are journalists second, and corporate managers first.

Obviously, I digress—but only in part. Times figureheads like Keller and Spayd are apt to roll over at the first right-wing charge of rampant liberal bias because they themselves are ill-equipped to face down right-leaning challenges to their journalistic legitimacy. This is not so much because they are ensconced in their elite bubbles of liberal opinion and are terrified at the prospect of sustained contact with anyone professing to be an emissary from the Real America of NASCAR, megachurches, and Trump Worship. No, the real problem here is that these people are journalists second, and corporate managers first. And the thing that truly terrifies corporate managers in the brave new digital era of our news environment is anything resembling the defiance of consumer prerogative. Put another way: as shops like the Times continue to hemorrhage readers and ad revenues at an historic clip, their managers will rally by instinct to the ritual protection of the injured sensibilities of any and every reader demographic.

Do I exaggerate? Just look at the horrifying mess that was Liz Spayd’s introductory column as public editor. Professing to discard a mythical journalistic past in which “the monopolistic era of print” permitted reporters and editors to keep “a good distance from readers,” Spayd promptly adjourned to the vacuous Silicon Valley rhetoric of omni-digital reader empowerment:

The Times is keenly aware that readers are its most prized asset. But as a recent strategy report found, the company must be far more aggressive in reaching a broader audience and adapting to new tastes. . . . What The Times and most other newsrooms mostly do now is not so much listen to readers as watch and analyze them, like fish in a bowl. They view them in bulk, through statistics measuring how many millions of “unique” users clicked on content last month, or watched a video, or came to the site multiple times, or arrived through Facebook.

What would prove more fruitful is for newsrooms to treat their audience like people with crucial information to convey — preferences, habits and shifting ways of consuming information. What do they like about what we do and how we do it? What do they want done differently? What do they turn to other sites for?

At some point, the customer is not merely wrong, but actively undermining the social contract that permits a free press to operate in a formal democracy.

To be absolutely clear: No, there is nothing “fruitful,” journalistically speaking, about any of this. In point of fact, the customizing of news content to flatter pre-existing reader preferences is the opposite of honest newsgathering, which works best when it unsettles, discomfits, and shocks its public. Alas, I have witnessed the systematic effort to render news delivery a species of digitally transmitted mass anesthesia up close, during my tenure at Yahoo News, and the results were not pretty. And again, you needn’t take my word for it. Just feast your eyes, if you dare, on Spayd’s post-election column, which abounds in reader interaction, and arrives at the wholly untenable conclusion that the Times’s coverage of the Trump movement translated the Great Orange Leader’s “remarks into a grim caricature,” which the media at large then “applied to those who backed him.” Showcasing a manager’s ungainly way with metaphor, Spayd reports that the readers in contact with her depicted the Times as “a swirl of like-mindedness.” As she spoke with these detractors, Spayd wrote, “I found myself wishing someone from the newsroom was on the line with me, especially to hear how many of the more liberal voters wanted more balanced coverage. Not an echo chamber of liberal intellectualism, but an honest reflection of reality.”

This concierge-like model of journalistic service is always a menace, but especially so in the coming Trump era, given our authoritarian president-in-waiting’s track record as a professional baiter of the elite press. In challenging the “honesty” of the existing press order, after all, Trump sympathizers are simply echoing the aggrieved billionaire’s stump plaints about “the dishonest media”—which his more, uh, disciplined backers recognize in turn as a variation on the Nazi catchphrase “Lügenpresse.”

And that’s just the problem with Spayd’s intellectually hollow posture of omni-consumer appeasement: at some point, the customer is not merely wrong, but actively undermining the social contract that permits a free press to operate in a formal democracy. It does no good for any concerned parties for the press to lie down before such challenges and effectively vow to listen more closely to future demands to shut itself down. Indeed, a moment of rampant demagogy like the present mandates that the media commit to its ritually despised role in safeguarding the public interest more aggressively than ever. But in order for that to even begin to happen, someone other than a Pavlovian corporate manager needs to be public editor at the New York Times. 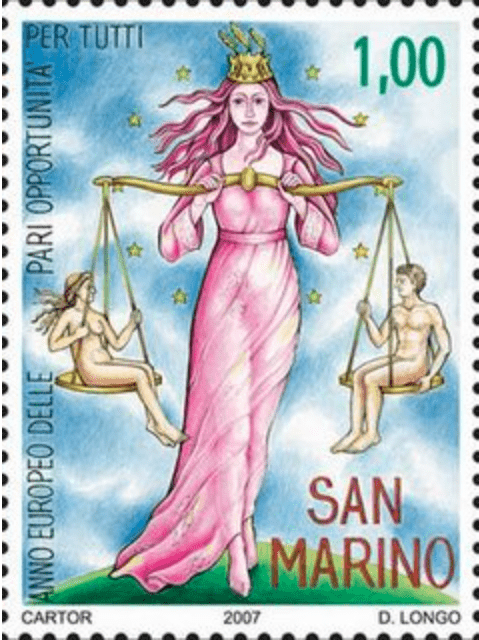 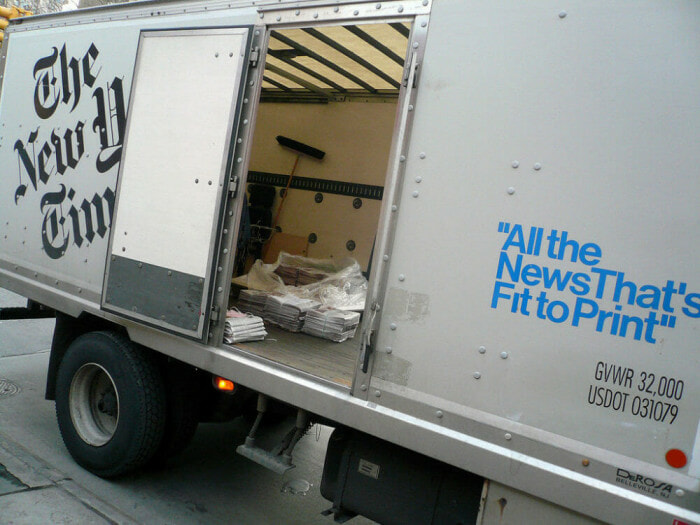 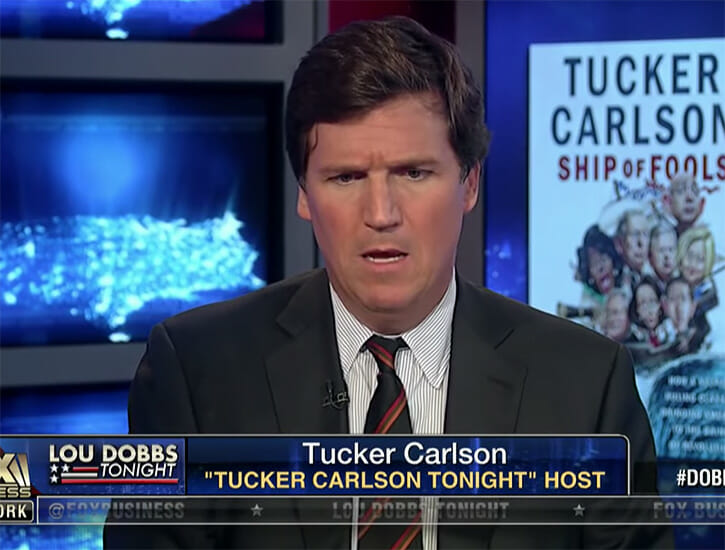