The great Republican press wars seem poised to enter their high-baroque phase, to judge by recent reports on the GOP consultant class’s 2018 midterm strategy. With virtually no recent legislative achievements to tout—save, that is, for a hideously unpopular House-endorsed health care bill that has many incumbent Republican lawmakers playing hide-and-seek with their constituents—the likeliest strategy for motivating the party’s shrinking hardcore Trumpist base is to take a page from the Great Leader’s message playbook and lay wholeheartedly into the alleged perfidies of the fake-news class. Politics is the organization of hatreds, as Kevin Phillips the architect of the original Nixon backlash strategy said, and there appears to be no more reliable organizing template on offer than the ritualized assault on newshounds as faithless, decadent fops of elitist privilege. The basic math here is simple, as former right-wing talk-radio host Charlie Sykes laid it out for McClatchy correspondents Alex Roarty and Lindsay Wise: “Hillary Clinton is not on the ballot, so you have to have something else to run against. And the media is perfect.”

It’s true: Not six months into the Trump age, the press continues to be the chew toy of first resort for the president and his apparatchiks. Early on, the White House’s rumpled pseudo-intellectual Rasputin Steve Bannon put the press on notice it would heretofore be considered “the opposition party” and helpfully sketched out its role in the new political order thusly:

The media should be embarrassed and humiliated and keep its mouth shut and just listen for awhile. . . . The mainstream media has not fired or terminated anyone associated with following our campaign. Look at the Twitter feeds of these people: They were outright activists of the Clinton campaign. . . .That’s why you have no power. You were humiliated.

As for Trump, well, all you have to do is alight on his Twitter feed on any given day for a new broadside against the purveyors of Fake News, and the corresponding heroic public virtues of his unfiltered social-media muse. It’s a baby-simple formula, beloved of many authoritarian regimes: You can’t trust the organs of information, but you can trust the Maximum Leader’s mystic feel for the popular mood.

It’s not as though Team Trump is going to demonize the lords of private capital, for God’s sake.

It’s not surprising that Team Trump, which came to power as a norm-defying cohort of plutocrats putatively looking out for the nation’s white working stiffs, should so obsessively lay into the media. It’s not as though they’re going to demonize the lords of private capital, for God’s sake. What is surprising, though, is how thoroughly the media itself continues to uncritically embrace the manipulative, self-interested Trumpian terms of engagement on the ever-unproveable question of rampant liberal press bias. Just consider the parting ruminations of Liz Spayd, the New York Times public editor who was mercifully sent packing in a burst of deafening irrelevance this past Sunday. Mustering her best Goldilocks-on-acid scolding voice, Spayd offered this daft counsel to the beleaguered pixel-stained press minions cast in the role of permanently humiliated, and preferably silenced, opposition by Bannon and company:

Derision may feel more satisfying, but in the long run stories that are measured in tone are more powerful. Whether journalists realize it or not, with impartiality comes authority—and right now it’s in short supply.

Mike Morell, former acting director of the C.I.A., and a backer of Hillary Clinton, earlier this week likened the U.S. media’s reaction to Donald Trump to the Venezuelan media’s reaction when Hugo Chávez became president nearly 20 years ago. With little political opposition to Chávez, the media assumed that role, Morell said, and ultimately lost its credibility with the Venezuelan people.

The U.S. isn’t Venezuela but the media here shouldn’t fall into the same trap . . . .[I]n their effort to hold Trump accountable, will [the Times and the Washington Post] play their hands wisely and fairly? Or will they make reckless decisions and draw premature conclusions?

Leaving aside her reliance on a career CIA apparatchik as a credible arbiter of press responsibility, consider the underlying logic of Spayd’s prim little Venezuelan fable. The overexuberant embrace of an adversarial posture toward state power, she instructs us, produced a legitimation crisis for the Venezuelan press, one that cost it “credibility” with the Venezuelan populace. In this weird schematic account of press-state relations, the media are tacitly cast in the role of a representative body—one that defies the popular will at its evident moral peril.

But here’s the thing: a responsible press never has functioned, and never should function, that way. There’s a reason that “giving the people what they want” has long been a transparent alibi for masscult pandering and tabloid predation through the ages; it is a cowardly hack’s mantra. The problem, from any reasoned understanding of the press’s role in advancing democratic thought and discourse, is that to be in anything other than an adversarial relationship with state power is to be negligent. To worry that such a stance renders the press unpopular, or might risk—horrors!—“premature conclusions” and recklessness in the nation’s editorial conference rooms is a bit like saying Jared Kushner is a model self-made man. It’s a category error of massive proportions.

Indeed, it’s the fallacious image of the press as a proxy for the vox populi—or a rough cross-section of self-cancelling establishment opinion—that has so long permitted the bootless plaints of liberal bias to take such firm hold on the right. In the tediously whinging annals of right-wing press baiting, the basic refrain is always that the press is incorrigibly infested with antipopulist, elitist cultural attitudes, and therefore compulsively marginalizes, dismisses, and distorts the hardy, plain-folk values of the solidly Americanist right. (Just how it is that conglomeratized, access-besotted media industry has come by this diehard battery of subversive anticapitalist values is a conundrum for another day.)

It’s the fallacious image of the press as a proxy for the vox populi that permits Fox News to dine out on the Orwellian mission statement “fair and balanced.”

This is the core cognitive mindfuck that permits an arm of far-right propaganda like Fox News to dine out on the Orwellian mission statement “fair and balanced”—or for that matter, rationalizes the hiring of a conservative movement hack in your op-ed pages on grounds of ideological diversity. It’s also what’s permitted the whole ghastly armada of right-wing shake-down pundits, from Laura Ingraham to Matt Drudge to David Horowitz to still-revered sociopaths like Bill O’Reilly and Dinesh D’Souza to mint bona fide media-titan careers out of the laughable, threadbare fiction that they’re persecuted truth tellers in a relentlessly hostile culture of media elitism. Ditto, of course, for former Goldman-and-Hollywood operator Bannon and reality-TV exhibitionist Trump: They suck up most of the available media oxygen, and once they’ve secured their power base, they put themselves forward as martyrs of unhinged, truth-averse media bias.

The scam is by now so unobstructed by anything resembling basic fact-checking, let alone serious accountability of the sort rhetorically invoked by the Liz Spayds of the world, that the Trump administration has degenerated, in remarkably swift dispatch, into what is little more than a hollow media spectacle. As Ned Resnikoff notes in a bracing recent survey of the White House’s pseudo-event choreography, “President Trump is not embellishing his agenda with fictitious achievements. The pretend bill-signings and symbolic declarations are his agenda.” And not surprisingly, this prefab simulacrum of governance is gradually getting exposed for the supremely cynical self-aggrandizing ploy that every other entry on the Donald Trump resume has proved to be:

Some of these non-policies can invigorate Trump’s base, or provide the temporary illusion of momentum. But few have translated into anything approaching a real legacy. And none of them have arrested the inexorable downward slide of the president’s approval rating — quite the opposite, in fact. Based on the Gallup daily tracking numbers, it looks like taking away millions of people’s health coverage and ripping up multinational agreements to mitigate climate change are unpopular even in the abstract.

The secret of any good con is knowing when to take the money and beat a hasty departure. But Trump’s con landed him a four-year term in America’s highest office; his efforts to extend that grift for the duration have not, so far, been particularly successful.

If chronicling this great rolling shakedown known as the Trump presidency puts a big target on the media’s back for the 2018 midterms, or somehow taints the sacred aura of impartiality that we’re continuously—and erroneously—told is the holy grail of American newsgathering, well, then so be it. The press is under no obligation to be popular, any more than (as Isaiah Berlin put it) the truth is under any obligation to be interesting. It is, however, under an obligation not to treat its readers as children, paranoid alarmists, or rubes. And so when a group of powerful people, of any ideological provenance, sets about rendering the truth of its own actions as a media confabulation—especially one that professes to subdue and correct the media on terms that its creators dictate—the press is obliged to do the opposite of what Steve Bannon, Donald Trump, and Liz Spayd want, and to speak long and loudly about all the many official self-interested lies piling up in plain sight. 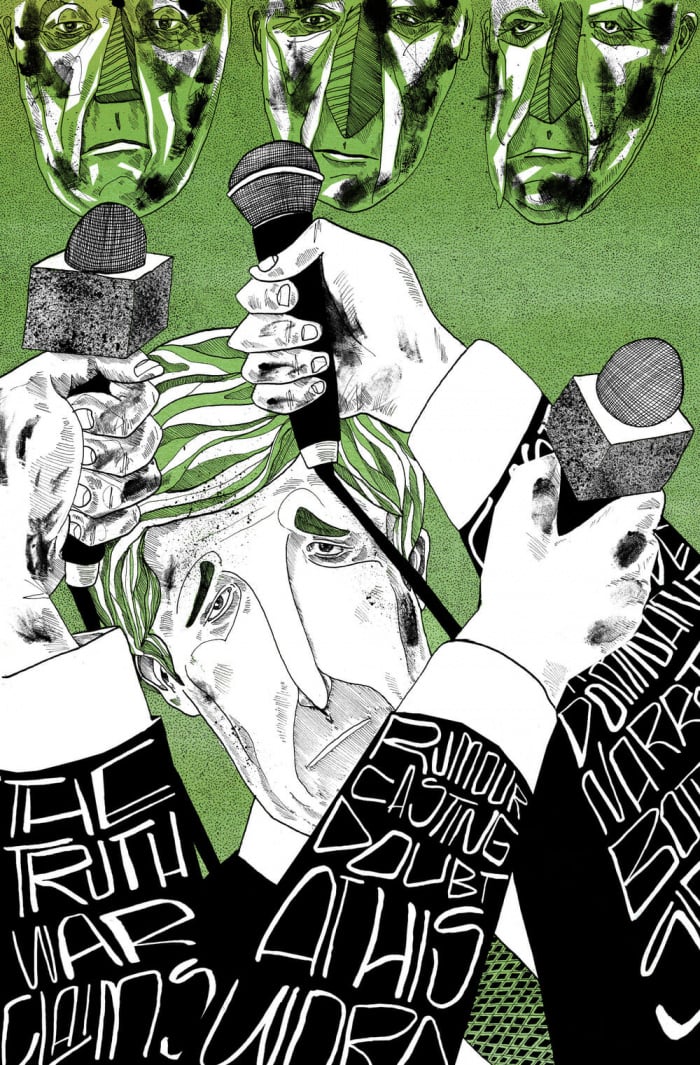 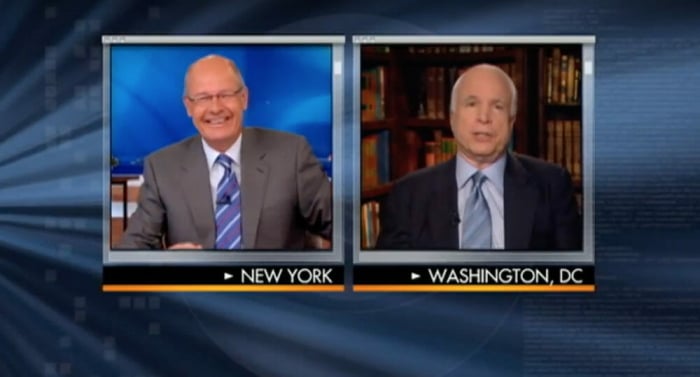