I’ve been with my boyfriend for three years. He’s cool and all, and we get along when we’re alone. It’s no cakewalk, and I really can’t say he’s the most wonderful person I’ve ever met, but I love him. (When reading back over this, it sounds like a red flag.)

Everything has been going fine, except for one thing: his mom. My boyfriend (let’s call him Igor) is Russian, and his entire family is white. I’m black. When we were first dating, she would ask me all the stereotypical questions about cooking and cleaning, and I tried to be cordial while she stumbled over her broken English (she’s from Russia, but it doesn’t really matter). She visited, and I would have things ready in case she was hungry. She enjoyed my cooking (this is relevant).

Evidently, his mom (we’ll call her Helga) has some emotional issues after going through a pretty brutal divorce, then lost her job. My family, bless their hearts, tried the best they could to lend a hand, but Helga said some things that made my mom upset, and it didn’t go over well. She refused to seek professional help, regardless of who told her to do so. Despite that, my family has been supportive; they let Igor come to dinners, and they’re great. But lo and behold, Helga was having none of it. By the end of the year, she was at my house, yelling obscenities and threatening to kill me and my whole family. This would continue for several months.

Instead of coming to bother me physically or verbally, she does the next best thing: she fucks with my kitchen.

I kid you not, she called 911 one day from our front porch because she insisted that I was poisoning her son. When we said that we had no clue what she was talking about, her only excuse was that I was never going to get a good job and women shouldn’t even have jobs and I was a stupid black whore. Everyone in attendance needed a drink after. I got to know every sheriff in the area, since she often came for no reason other than to irritate me.

So Helga got warnings a couple of times, and didn’t seem to get with the program until there was a pair of restraining orders on her (one barring her from contacting her ex-husband, and the other from our house, which she eventually spray painted in the dead of night). She ended up getting arrested for trespassing, and life was peaceful for a short while.

So, jump to now: she can’t legally come onto our block (or even close), and she knows I’ll (begrudgingly—I’m black in 2018) call the cops on her if I see her face near my house. Instead of coming to bother me physically or verbally, she does the next best thing: she fucks with my kitchen. For the last month or so, she’s requested that Igor come meet her so she can give him food, because I’m evidently unable to use my kitchen and cook every meal for her czar of a son. But I already cook; she knows I do. So every week now, I come home from grocery shopping to a poorly packed refrigerator full of Russian food in unwieldy containers with what appears to be Eldritch scribbles upon them and I lose it. It wouldn’t be an issue if the food were palatable, but it isn’t. I have to throw half of it out because Igor won’t eat it after maybe three days, so it’s a massive waste of space and time.

But here’s the kicker: He refuses to tell her to stop. This whole time, he’s been incredibly passive. She’s called me every evil thing under this godless sun, threatened my life, called 911 on me for no reason, gone to jail, and he still goes and sees her. Religiously. Then he comes home in a bad mood because she antagonizes him and tells him I suck at being a wife (reminder: not a wife), and he expects me to just suck it up because he doesn’t want to tell his mom he’s a big boy and the fridge is already full. Igor is giant momma’s boy, and I’m starting to resent his weakness and his refusal to support me in front of his family.

I’m asking for advice about how to deal with all of this, even though I’m pretty sure I’m going to take a job across the country and leave him to suffer with his military-grade Helicopter Mom. I know I deserve better, love or not. I would like to think I can salvage this garbage fire of a relationship, but I’m not really sure about anything other than I need his mom out of my fridge and out of my life. I’m not sure what the protocol is here, help!

Ok, you’ve got a few distinct problems here, each with its own obnoxiously arduous solution.

Your boyfriend’s mother is extremely mentally compromised in some way, and she has harassed and stalked you to the point of at least some level of trauma. Talking helps—maybe even to a professional—but at least to your friends. You’ve been through a lot and you’re clearly very raw. You may have to remind and reassure yourself that you are safe. Remember: you’ve got the restraining order, and she’s technically out of your life. If she comes back, you are prepared and you have recourse. The issue is no longer actually her; it is, rather, that she may have impaired your sense of security over the long term. It certainly cannot help to be haunted by borscht every time you reach for the milk. Which brings me to the next problem:

If you’re going to have a good relationship, you need to be able to figure out if you can love him and be with him without resenting him.

Your refrigerator is stuffed with kefir and caviar. This is not actually a big deal in and of itself. Don’t bother asking your boyfriend to tell her to stop. She’s a volatile person who still very much loves her son, and there’s very little she can do to show love in a healthy way at this point. Let him take the beets, for his sake and hers. I would suggest instead telling him to donate or throw away at least most of the food, citing the anxiety it causes you to feel her presence instantiated in every jar of pickled beets cropping up in your fridge.

And that leads us to your next problem: your Mama’s Boy of a boyfriend. How you deal with this sub-pathology all depends on what you want. Asking your boyfriend to cut off contact with his mentally ill mother is out of the question, no matter how racist or mean she’s become. Whatever the exact cause of her change in behavior, this is deeply tragic for her, and likely very painful and stressful for your boyfriend. He is not likely ever stop loving her or wanting to help and care for her, no matter how nasty her sickness makes her; familial love is a real bitch that way. You want the food out of your house—a totally reasonable demand. You want him to visit her less, and that’s something that has to be negotiated. But even if he drastically reduces contact with her, she’s still his mother and to some degree you will always be stuck with her. You wouldn’t want a man who so flippantly abandons his sense of duty to his family anyway. But this relates to the biggest problem: you don’t seem to like your boyfriend very much, at least not at the moment.

You opened by acknowledging that you have a sort of mediocre romance, and throughout your letter, you object to his behavior. You then close by quite bitterly fantasizing about leaving him. It’s difficult right now to tell if the two of you are simply incompatible, or if the recent trauma has just temporarily stained the relationship. I first suggest a morbid experiment: imagine your boyfriend’s mother is gone. I don’t mean fantasize (though it’s no shame for you to enjoy it a little bit). I mean try to picture a world where he’s with you and she does not exist. Take some time on this little hypothetical, because what you need to figure out is if you could be happy with him under better conditions. In other words, you need to determine if the problem is her or the relationship. Maybe you just need some time to recover, but if you’re going to have a good relationship, you need to be able to figure out if you can love him and be with him without resenting him. On top of that, make sure you dedicate some time to trying to have fun with him and enjoying his company again. You’re both under a lot of stress, and if you want to work past the salt, a little sugar is absolutely essential—on both his part and yours. 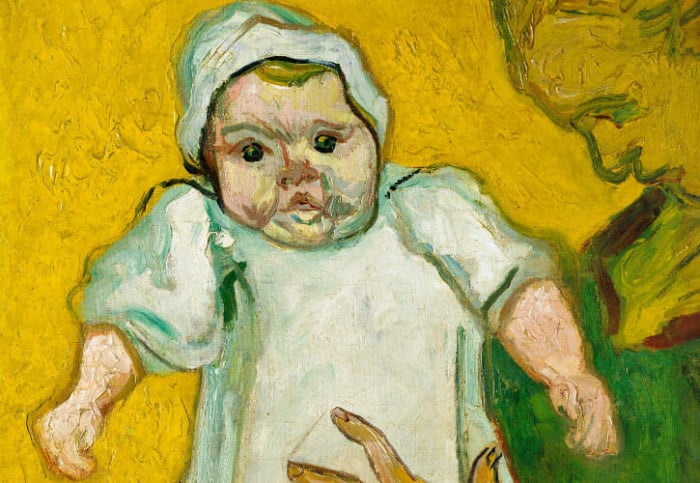 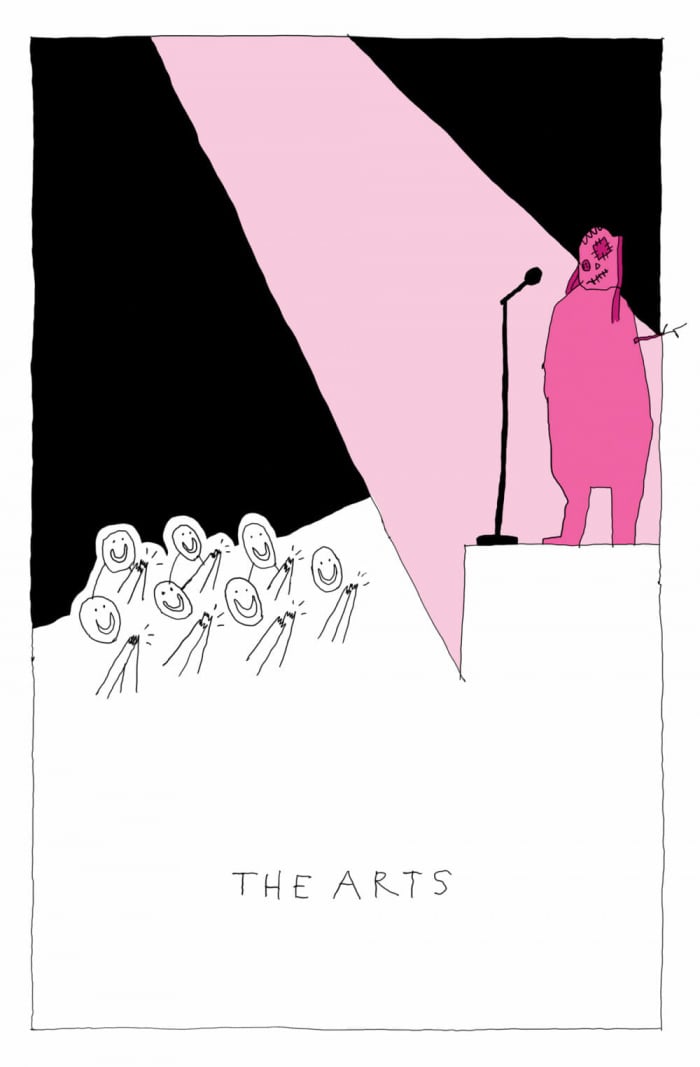 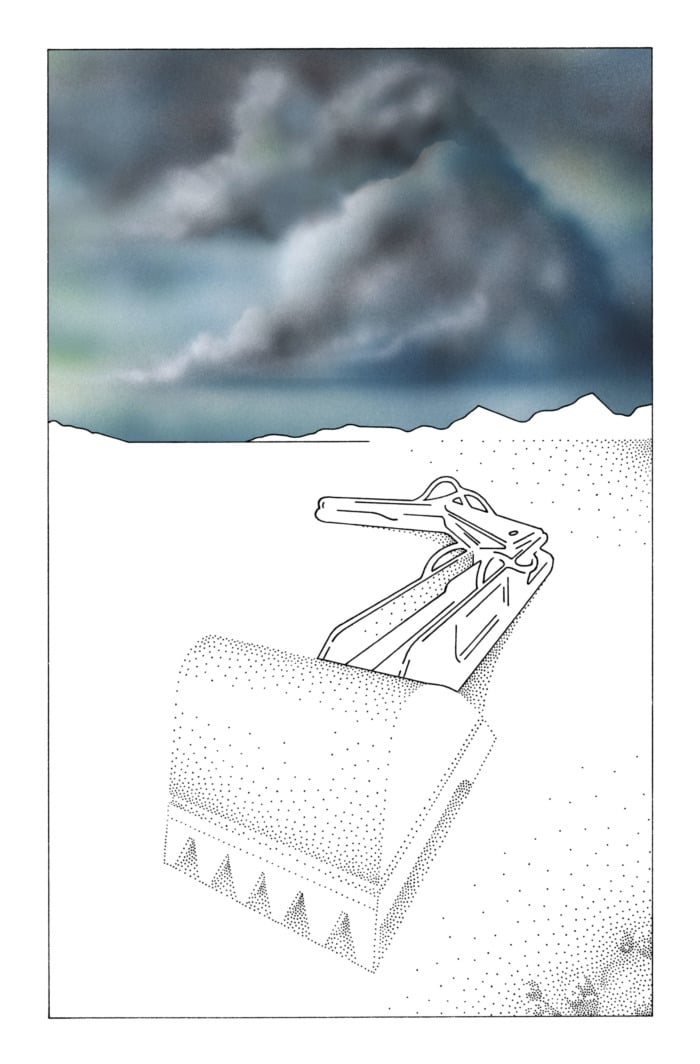