“Filing for divorce,” a family lawyer once told me, “is like pulling the thread from a seam . . . everything that was contained within falls out.” In the unraveling of the marriage of Bill and Melinda Gates, who announced their plan to divorce a few weeks ago, the noxious innards are now falling out. On May 16, more details emerged about nerdy and soon-to-be-single Mr. Gates’s friendship with the convicted and now dead sex offender Jeffrey Epstein. The Daily Beast reports that a disgruntled Gates used Epstein’s Manhattan home as an escape from his “toxic” but then still intact marriage numerous times between 2011 and 2014. Epstein was for Gates the buddy who hears your complaints about married life and tells you to call it quits. For his part, Gates reportedly told Epstein to repair his own reputation—to put that 2008 guilty plea for solicitation of sex with a minor in the past. The fact that his bachelor buddy was involved—even then—in such nefarious acts appeared not to be a concern to Gates. By 2019, shortly after Epstein was found dead, Gates tried to explain away the relationship, telling the Wall Street Journal, “I met him. I didn’t have any business relationship or friendship with him.”

As sources presumably connected to Melinda are telling it now, it was Bill’s friendship with Epstein, added to his history of allegedly harassing female employees at Microsoft (he stepped down from the board after an investigation into such allegations), that prompted her to consider divorce. She is reported to have started conversations with lawyers about filing for divorce in 2019, although she was aware of Bill’s meetings with Epstein at least as far back as 2013.

With that knowledge, Melinda French Gates was in a difficult position. In the meantime, the Bill and Melinda Gates Foundation chugged along in the business of saving the world. The Annual Bill and Melinda Gates letters went out, signed as before by the two of them. Notably, the 2021 letter does not show the couple together but sitting at their own work-from-home stations, presumably still saving the world from home. There is Bill Gates the billionaire in a magenta sweater, staring deep into his screen as he considers the world’s thorny problems, with little time to sort out the couple’s irreconcilable differences.

That was Melinda’s predicament—she was not just in a marriage, she was also a principal in a huge global operation. The second part is arguably more crucial and raises questions about the very nature of global philanthropy and power. Was Bill Gates’s proclivity for hanging out with a pedophile and the reported harassment he engaged in at Microsoft a moral indictment of a man who branded himself as the world’s savior? Should we consider his lapses, known and unknown, as aberrations in an otherwise decades-long record of selflessness? After all, billionaires are people too.

The heady high for the world-saving billionaires is that they hold sole power to make consequential decisions for hundreds of millions of people.

Indeed, tech billionaires of the Gates variety are people, and by that definition they can also be bad people. Moral calculations are not like carbon offsets, where donating a certain amount to good causes makes up for, say, soliciting a minor for sex, or for the life of that dude you ran over with your car. “Giving pledges” should not automatically convey generosity of spirit, but in the case of tech billionaires out to save the world, they sometimes do. In a world where transnational institutions like the United Nations see their power and their funding depleted everyday, billionaires like Bill Gates, Mark Zuckerberg, and Jeff Bezos have stepped in to fill the void; Zuckerberg made a big show in 2011 of trying to rescue public schools in New Jersey, Bezos and Gates have both decided to take on global climate change, and Gates is also empowering women with chickens and vaccinating the world.

None of these are the positive developments that philanthropists would have you believe. As author Anand Giridharadas has argued in his best-selling book Winners Take All, the outsourcing of public goods like health care and education represents a congruent weakening of the democratic institutions that used to govern these sectors. Large billionaire-funded NGOs taking the place of governmental efforts means that the individuals who control them can function as a quasi-autocracy, where Gates, Bezos, and Zuckerberg are free to meddle in anything, forcing the world’s poorest to tolerate their megalomaniacal and stupid plans. With these crucial public-sector goods handed off to billionaires, the democratically accountable institutions that were supposed to do the job become vestigial organs, while new efforts never develop at all. Philanthropy and charity, Giridharadas noted in an interview in June of last year, are not the same thing. Charity is good works; its aims include a desire to preserve the dignity of those to whom it is given. Billionaire philanthropy, on the other hand, imposes a master-slave construct. If Bill Gates, hailed as global health czar (he has no formal training in epidemiology), decides that companies should hold exclusive rights to life-saving medicines and vaccines—well, that is just too bad for the world’s poor. The heady high for the world-saving billionaires is that they hold sole power to make consequential decisions for hundreds of millions of people.

The newly minted ex-wives of these men, now also among the world’s richest women, are not about to fade in their new role as former consorts. Last June, before the Gates divorce was formally announced, MacKenzie Scott (formerly married to Bezos) and Melinda Gates got together to announce a relatively modest thirty-million-dollar initiative, glibly titled “The Equality Can’t Wait Challenge.” If their husbands could become climate change and vaccine czars, then these white, hyper-privileged women should be Feminists-in-Chief.

It makes sense that the Bill Gates of circa 2011–2014, hanging with his pal Epstein in his luxurious pad in Manhattan, could not understand why Epstein would not clean up his image. His qualm was not with Epstein’s guilty plea, apparently, or even with Epstein’s “lifestyle” but with its indecorous and un-spinned truthiness. His own strategy had been quite the opposite of the openly philandering pedophile whose house he frequented to blow off some steam. Such a thing would never happen to him; one can almost hear Bill thinking that his foundation, the conduit for billions worth of life-saving medications, had made him invulnerable or, better still, “too good to fail.” He was thinking of himself, it was reported, as a future winner of the Nobel Prize. 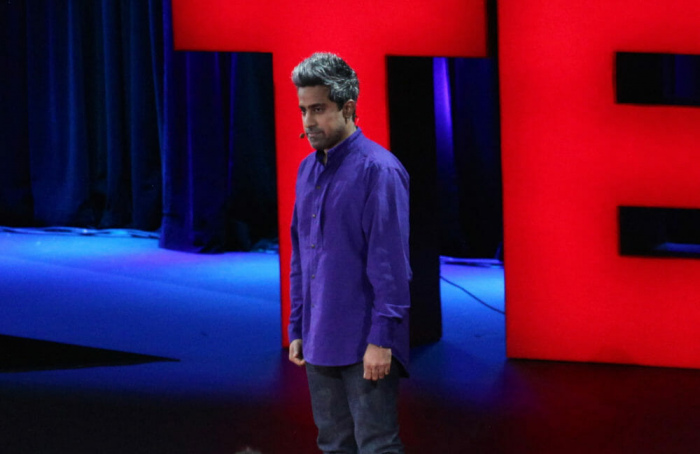