It’s disappointing how frequently two thoughts can peacefully co-exist when watching a new Hollywood film: “this is terrible” and “this is going to win an Oscar.” It’s true that the Oscars have never really rewarded greatness. There have been cycles of awarding mediocre but competent work (see most of the Best Picture winners of the 1980s), or of celebrating the period of gentle decline for an artist who was too powerful or rebellious to be appreciated at their peak (every post-1990s nomination for Martin Scorsese’s direction). Any film that is about the importance of the film industry, whether good or not, will be a contender. But lately, when the nominees are announced, it’s easy to respond with, oh yes, these were all dreadful, that makes sense.

Now that the Oscars have been rocked by controversy and conversations about the importance of representing diverse figures in film, there’s at least a different style of mediocrity. The awards have erred on the side of rewarding films whose focus is on telling certain previously overlooked people’s stories, rather than championing the films that tell stories well. So of course this year’s Oscar buzz for The Eyes of Tammy Faye has been powerful, revolving around Jessica Chastain, the lead who has been campaigning, let’s say insistently, for a Best Actress award, and who worked for years to bring this project to completion. It fits in with the last couple years’ trend of awarding Oscars for the Best Adaptation of a Wikipedia Page Written About Some Dead Person. This one is just harmless enough to win.

The Eyes of Tammy Faye is essentially a remake of the 2000 documentary of the same name, this time as fiction. It frequently borrows from the earlier film, almost line by line. It reveals nothing new about the woman who, along with her preacher husband Jim Bakker, used their ministry to defraud their followers of millions of dollars while taking part in the evangelical religious revival of the 1970s and 1980s that helped figures like Jerry Falwell and his “Moral Majority” amass political power and influence that the nation is still struggling to overthrow. (The film does, however, manage to gloss over almost all of the cultural damage this married couple caused.) One might ask whether this sort of remake even needs to exist at all, given its repetition of the source material, except that we are deep into a cultural era of the remix, the remake, and the endless sequels of intellectual properties. (Does any of this need to exist is probably a more fruitful query.) The justification is to bring us stories of overlooked, uncelebrated, and underappreciated women, queers, people of color, and anyone else who in the past merely played a supporting role to the white, straight, heroic men of cinematic history, as if a person’s contribution to society can’t truly be felt until there is a tepid 110-minute biopic in their honor.

Tammy Faye follows the typical “forgotten figure” form, emphasizing the misogyny she faced both within the Christian community and within her own marriage. We wouldn’t have to be correcting the written record to redeem her, it’s heavily implied, if she hadn’t had to fight against the patriarchy to get to the level of success she reached. Tammy Faye works hard to absolve its heroine of any wrongdoing, and it shows her too zonked out on benzos and Diet Coke to notice the enormous amounts of money Bakker is bringing in, or where that money might be coming from and going to. Jessica Chastain’s version of Tammy Faye turns her into an imaginary extension of the Real Housewife franchise, swanning around in luxurious robes, popping pills, going on luxurious shopping sprees, and enabling her husband’s financial crimes.

The biopic formula is to put one sympathetic figure at the center of the story, while other people’s stories are sidelined, diminished, or disappeared. This makes the film’s use of Jessica Hahn, a young woman Jim Bakker with his colleague John Fletcher plied with wine and raped in a Florida hotel room, particularly weird. While the film version of Tammy Faye shows her sympathetically clucking about that “poor girl,” the real life Tammy Faye was slandering Hahn, calling her a “professional” sent to seduce and destroy her husband. The film doesn’t bother to restore the other forgotten figure of the Bakker scandals, who was in real life a virginal Southern kid who loved Jesus and the men of God who ran the modern evangelical churches like they were rockstars. Tammy continued her campaign against Hahn for years, writing in her 1996 memoir Tammy such bodice-ripping accounts as, “Hahn was wearing a short black dress, black nylons, a black garter belt, and black panties. Jim stood there frozen.” While Hahn did later report that she and Tammy Faye reconciled while Tammy was dying from colon cancer, that came long after Tammy’s first impulse—to feed the media’s reflex to humiliate and intimidate anyone who dared accuse a powerful man of abuse.

So who better to portray Tammy Faye, I guess, than Chastain, one of the most public faces of the Time’s Up organization, one of the many nonprofits devoted to a hazy understanding of “women’s rights” in the wake of the election of Donald Trump and the #MeToo movement. Like many of these organizations, it has been more effective at branding itself and attracting donations than actually providing services, despite its loud insistence that it was devoted to protecting women against sexual abuse and harassment. Time’s Up’s 2020 Year in Review proudly proclaims that “We partnered with LUNA Bar on a national survey,” but by the following year, the website carried an announcement that it would “reset, not retreat,” because, alas, some unspecified individuals “previously at our organization face[d] their own lapses in judgment that are inconsistent with our values.”

What the announcement doesn’t say directly is that Time’s Up chairwoman Roberta Kaplan (who has since resigned) was involved in a campaign to discredit an accuser of New York governor Andrew Cuomo. Or that Oprah Winfrey, a major donor to Time’s Up, dropped out as a producer of a documentary about the women who accused Russell Simmons of sexual abuse after Simmons, formerly a friend, pressured her to do so. Or that Time’s Up supported Oprah’s decision. Nor does it mention a lawsuit that alleged Time’s Up co-founder and board member Esther Choo attempted to cover up sexual harassment complaints against a colleague.

If you want to tell the story of a powerful person like Tammy Faye, perhaps the most honest way would be to include all the people whose lives were ruined, diminished, and harmed as she and her husband accumulated that power. The ripples from the weight of the Bakkers as they bellyflopped right into the cesspool of American Christianity were wide-ranging. What about the duped pensioners run into poverty by televangelists’ tearful pleas for donations? What about the rise of right-wing talk radio and television, which fueled so much verbal and physical violence? There were abortion doctors and workers harassed and assassinated by the righteously angry pro-lifers inspired by the hateful rhetoric of the evangelicals. There was the person of Jessica Hahn, who was brought up to trust and revere religious leaders and then saw how cruelly they disregarded her dignity and worth.

While we are unlikely to get an ambitious Hollywood film about the rise of the American evangelical church and all of its tentacles of power (unless Adam McKay gets bored and decides to do a Vice-like dive into the material), at least Hahn has avoided the Netflix development deals and accompanying podcasts and speaker agencies that often greet professional survivors like Monica Lewinsky and Amanda Knox, who are cursed to perpetually produce content that insists they are more than their scandals by relentlessly reminding us of those scandals. Hahn probably inoculated herself from a stylized Ryan Murphy ten-part series (with all of the major players in bad wigs and fat suits and facial prosthetics to remind everyone they are playing real people here, and real people are hideous) by ending up not a shiny Oprah acolyte eager to tell her side of the story to a sympathetic audience of blue check media folks and teary moms. Instead, she gave her tell-all to Playboy along with some topless photos, never gave up her love for Jesus, and voted for Trump. Which, good for her.

Hahn is not simply a footnote in someone else’s bigger, grander life. And while we hunger now for stories of aspirational swindlers, absolving “complicated women” by centering their own disappointments, hardships, and disapproving families—whether it’s Netflix’s Inventing Anna or Hulu’s Elizabeth Holmes series The Dropout—what these stories are doing is turning people whose lives were undone by powerful players into beats on the narrative arc of their anti-hero’s journey. 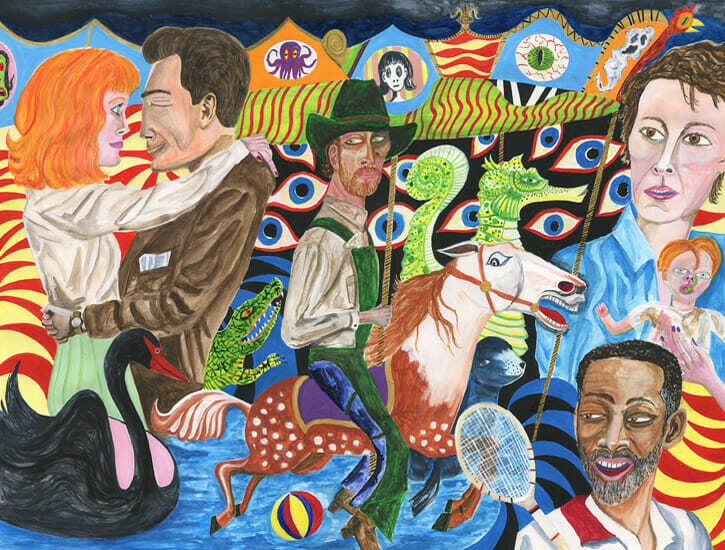 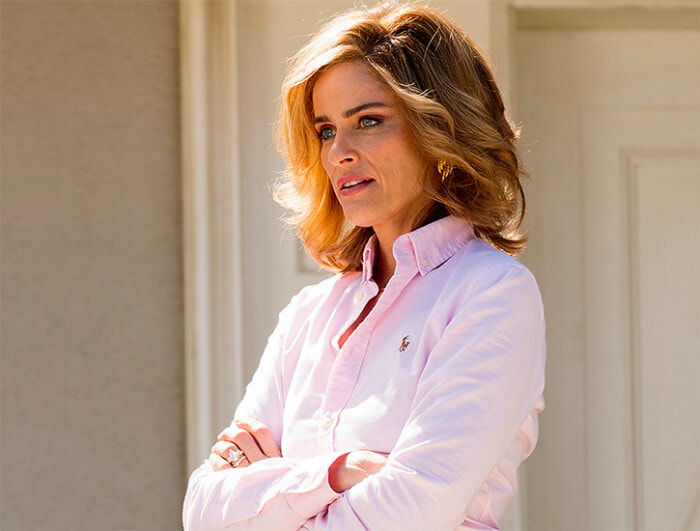