Reader: Are you someone who is angry in an inchoate way at the Trump administration as an institution but who would prefer to focus your anger like a laser beam on specific individuals? We here at The Baffler are here to help! As a wise man once told my father while trying to sell him a program at a Knicks game, “They’re just a bunch of tall guys in shorts, without a program”—and so, too, the various hangers-on in the Trump orbit may seem to be just a bunch of transparent grifters and/or terrifying ideologues in suits unless you have a clear guide for who the players are. We plan to bring you the key stats and career highlights of all the best people in the administration, as well as those who are “too hot” for government service and end up bounced out to the 2020 campaign, various 501c3 scams, or who just end up on the semi-consensual receiving end of those rambling “executive time” phone calls. Today we go a little further down the org chart to a guy who just wanted to toil in his government job and do good but was exposed by the liberal media for his plan to wipe out civil rights for more than a million Americans: Roger Severino!

Earlier this week, the New York Times delivered an extremely distressing report that the Department of Health and Human Services is spearheading an attempt to lock America’s gender binary into place. The proposed HHS rule change is evidently based on a memo circulating within the federal government that defines“sex” as “a person’s status as male or female based on immutable biological traits identifiable by or before birth” and insists that “the sex listed on a person’s birth certificate, as originally issued, shall constitute definitive proof of a person’s sex unless rebutted by reliable genetic evidence.” The good news is that using this definition is actually impossible, according to real science, but the extremely bad news is that when the government tries to use junk science to impose categories on real people, the results are catastrophic. Roughly 1.4 million transgender Americans could see the hard-fought rights they gained during the Obama years eroded even more dramatically, especially in critical spheres such as public education and health-care delivery.

This abrupt announcement sparks a host of infuriating questions, but we’ll focus on just one for now—namely who can we blame for this? Well, the Times makes Roger Severino, director of the Office for Civil Rights at HHS, the face of the policy, in the literal sense that they put a picture of his face in the article. Times reporters also tried and failed to get him on the record about it, but a follow-up article from the Washington Post says “the issue is being driven” by him, which is good enough for us! Let’s look into this creep’s background and see all the other terrible stuff he’s done that, in a better world than this, would have been a bright red flag to keep him very, very far away from any position of authority in a civil rights department worthy of the name.

Severino got out of law school just in time to lose the last LGBTQ culture war! After graduating from Harvard Law in 2002, Severino went to work the next year for the Becket Fund for Religious Liberty, a legal nonprofit ostensibly dedicated to defending the religious rights of everyone “from Anglicans to Zoroastrians,” but whose highest profile gigs have been to protect the exercise of pretty much the religions you’d expect—the Becket Fund supplied counsel in the Hobby Lobby case, as well as some of the other cases that attacked the Affordable Care Act’s contraception mandate. But back in the aughts, all the hot religious freedom legal action was about same-sex marriage; in 2007, while Severino was at the Beckett Fund, he filed an amicus curiae brief on the anti-gay-marriage side of California’s seesawing legal fight, essentially arguing that it would infringe on the liberty of religious bodies for them to acknowledge a society that had the temerity to create secular institutions that didn’t always map onto their moral teachings.

Severino worked for the Justice Department fighting for some people’s civil rights! In 2008, Severino was hired by the Bush Justice Department’s Civil Rights Division and stayed on for most of the Obama administration. He didn’t do anything bad there, apparently! A child of Colombian immigrants who faced racial discrimination himself, Severino is particularly proud of a case that took on St. Bernard Parish in Louisiana, which tried to stop black families from renting there in the aftermath of Hurricane Katrina. So good for him?

Severino worked for the Heritage Foundation, because of course he did! In 2015, Severino left the Justice Department not long after it began to make its trans rights push and headed over to the Heritage Foundation, that beloved wingnut welfare institution. There, he worked for the DeVos Center for Religion and Civil Society. (And yes, it’s named after and funded by that DeVos family, though, to get slightly ahead of ourselves, sources close to Education Secretary Betsy DeVos were keen to assure the Washington Post that Betsy is actually pushing back against this trans memo thing and did you know she once “facilitated a transgender woman’s use of the women’s restroom at a Michigan GOP call center?” No word on whether these sources included someone named “Shmetsy ShmeVos.”)

Anyway, while at Heritage, Severino offered a little preview of some of his current obsessions:

Severino got hired at HHS and promised to be nice! After two grueling years in the private sector, Severino was able to capitalize on the unexpected election of Donald Trump to snag his present high-end government job atop the HHS Office of Civil Rights. And once hired, he took some time to assure everyone that the last two years, which he largely spent fulminating about the attack on our natural and entirely cisgender and heterosexual biological destinies by Obama’s radical gender ideology, were all in the past, see. “My views before coming into this role cannot dictate what I do in this role now,” he said in 2017. “I have to give everything, to the extent humanly possible, a fresh look.” And he set up “listening sessions” with various advocacy groups where he shared his own struggles with discrimination—though, as Judith Lichtman, senior advisor to the National Partnership for Women and Families, presciently noted, “Frankly, stories will get you just so far.”

Severino was very focused on protecting the civil rights of doctors who didn’t want to provide care! One of Severino’s big moves upon starting at HHS was to create a new Division of Conscience and Religious Freedom, which is very much about making sure that doctors medical providers don’t have to violate their consciences by, like, treating their patients. A March 2018 NPR report says that the point of this division is to “ensure that health care workers and health care companies are never forced to participate in particular medical services—such as abortion and assisted suicide—if they object.”

But here’s an interesting fun fact: at the bottom of the article there’s a correction that says, “A previous Web version of this story incorrectly reported that Roger Severino said in an interview that the mission of his division at HHS includes supporting health care workers who object to gender reassignment surgery. He only said that the division would focus on abortion and assisted suicide.” Weird, how do you suppose that even got in there in the first place, if he hadn’t mentioned it? It’s almost as if it came up in the course of an interview, but then Severino and/or HHS was backpedaling on it! It seems relevant that Sunu Chandy, the current legal director of the National Women’s Law Center and one of Severino’s former employees at HHS, said that she had to explain to Severino that all of his evil plotting is against the law, since multiple court decisions have already recognized discrimination against transgender people as sex discrimination. Why would she have to explain that to him, though? It’s almost as if they’ve been working on this one for a while.

BONUS: Why are they all married to each other?

Here’s another fun Roger Severino fact: He’s half of a (heterosexual, God-ordained) conservative power couple! His wife Carrie Severino is the Chief Counsel and Policy Director at Judicial Crisis Network, a job that entails, among other things, carrying water for Brett Kavanaugh on TV. She also used to clerk for Clarence Thomas, and Roger has a Clarence Thomas bobblehead on his desk at HHS, which is presumably an extremely fun thing to see when you come into his office for the first time. 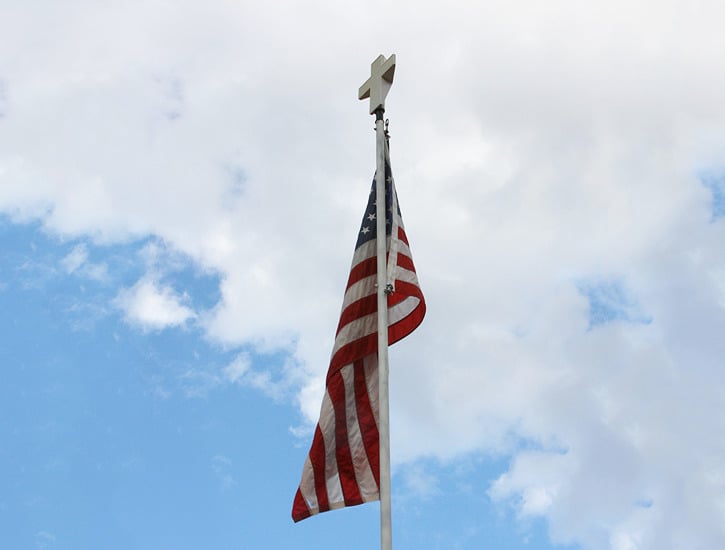 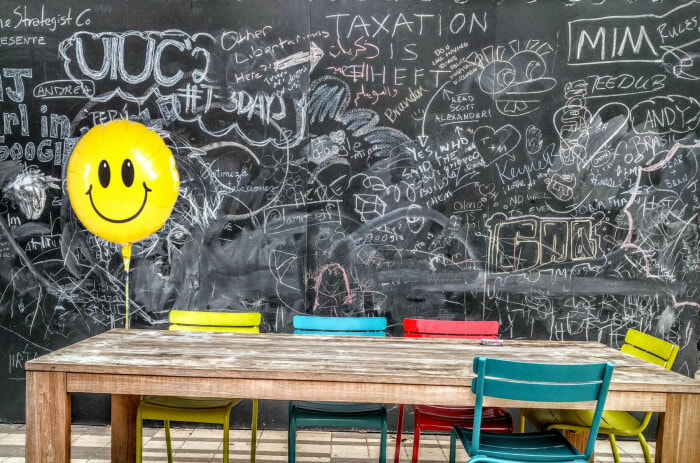 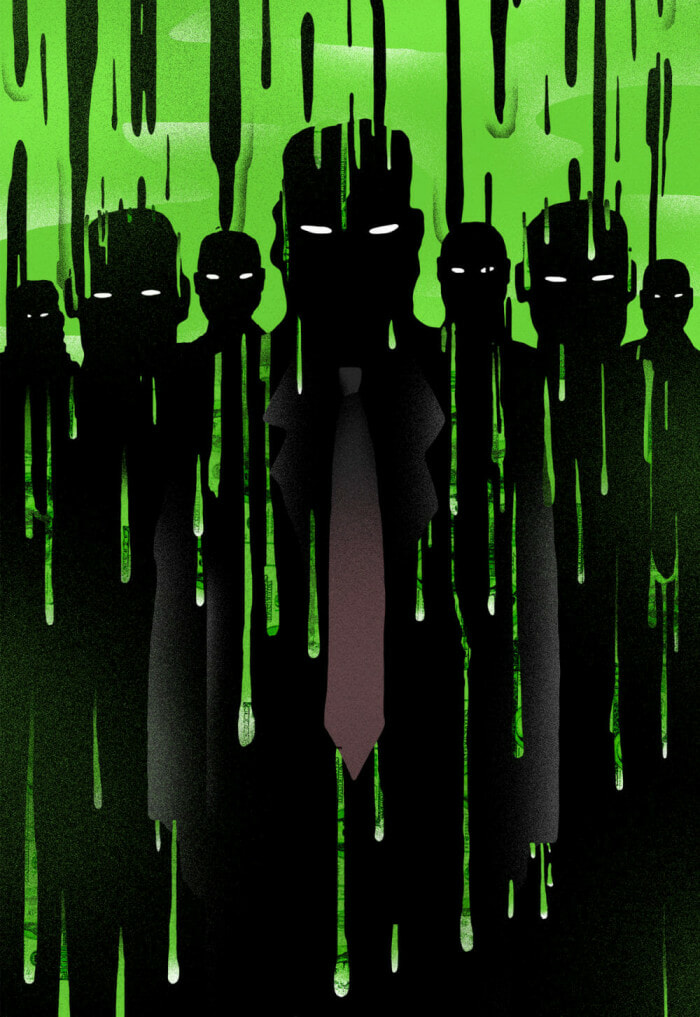