Before coronavirus rendered New York a dystopia, September 11 was supposed to be the defining cataclysm of our lifetimes. The Boomers got JFK, and we got two planes obliterating the Twin Towers live on television. Nearly three thousand died in the 2001 terrorist attacks and out flowed a generation of civilization-destroying wars. Life would always be surreal and terrible, but world-historical crises aren’t supposed to recur like bad weather. As of this writing, more than ten thousand people in New York City have died from Covid-19. I don’t really know what to do with that number yet. There are more confirmed coronavirus cases in New York State than in any nation on Earth. That includes Italy, last month’s dystopia, and Spain; it’s the sort of foreign suffering we once bemoaned at a safe distance. It can’t happen here, right?

Crises usually manufacture lauded leaders. They can be admirable or power-mad, deserving of their stations or glory-sucking charlatans. Rudy Giuliani, a failed mayor on September 11, 2001, milked his press conferences into a second lifetime of grifting that led him all the way to Trump’s White House. Winston Churchill, with more gravitas, helped guide Great Britain through World War II and then got dumped by the voters who wanted a leftist Labour government to deliver them universal health care. Today’s Churchill, to some of our pundit and media class, is Governor Andrew Cuomo of New York, who has received near-universal praise for his role in responding to the coronavirus outbreak.

There is hardly a media outlet left that hasn’t contributed to the Cuomo puffery. The third-term governor, with middling approval ratings until the outbreak in March, is now, almost seriously, talked about as a replacement for Joe Biden on the Democratic ticket. His press conferences, laden with PowerPoints and macho talk and engineered empathy, are regarded as appointment viewing. Almost every day, seemingly, a new entry into the genre of Cuomo hagiography is published. “The slow, booming cadence of his sentences, once grating, could probably be marketed as a meditation app if we end up surviving this thing,” Mark Binelli wrote earnestly in Rolling Stone. It’s this sort of coverage that has inspired ordinary people to flood the market with Cuomo-related fan merchandise.

Crises usually manufacture lauded leaders. They can be admirable or power-mad, deserving of their stations or glory-sucking charlatans.

Under normal circumstances, all of this would be merely irksome. Politicians get undue praise all the time. But rarely has a politician garnered so much unearned praise, like Nero winning critical plaudits for his fiddle playing. New York’s staggering case count and death rate—over a hundred thousand confirmed cases in the city alone—should be enough to destroy the Cuomo mythos for good. The numbers are inarguable. Cuomo chose to impose mass shutdowns after states like California and New Jersey, even mocking Mayor Bill de Blasio’s shelter-in-place suggestion as late as March 17. By then, Covid-19 cases were radically increasing. Thomas Frieden, the former head of the Centers for Disease Control and the New York City Department of Health, recently told the New York Times that 50-80 percent of New York’s coronavirus deaths could have been averted if key social distancing measures were enacted sooner.

This quote, in a vacuum, should be a career-ender for Cuomo. As should the fact that less than a thousand people in California, a far larger state, have died from coronavirus. Cuomo has argued, straight-faced, that New York City’s density is the primary cause of the enormous body count, as if denser cities like Seoul, South Korea, are enduring horror on a similar scale. (Seoul’s Covid-19 death toll currently stands at two.)

But Cuomo’s gotten away with it. Why? His mastery of the media narrative is reminiscent of another New York strongman who helped trigger an urban crisis. Before Robert Caro’s magnificent biography crushed his reputation for good, Robert Moses, the New York master builder, was regarded as a heroic, almost mythic figure in the city. Like Cuomo today, he was the subject of fawning press. Moses’s turn as a hero actually lasted far longer than most people alive today realize: he was venerated for decades. Imagine R.M. t-shirts on Etsy proliferating from now until the 2060s.

Moses, like Cuomo, had true accomplishments. If anything, Moses earned at least some of his adulation, overseeing the mass construction of public parks and housing that are still in use today. His racism, and noted hatred of public transit, kept trains from running to his brilliant Long Island beaches, but the beaches still appeared from scratch. There are few highways and bridges in the New York area that didn’t emerge from direct Moses action.

With the help of federal largesse, Moses, like magic, could cut the ribbon on a major infrastructure project almost every year. Though his concentration of power in the state was unprecedented—at one time, he could head up as many as a dozen city and state agencies, controlling the flow of money like no mayor or governor—his image was one of unadorned benevolence.

In the 1920s, 30s, and 40s, few newspapers wrote critically about Moses, even as he illegally seized land, blighted once thriving neighborhoods with disruptive highways, displaced thousands of working class and poor residents, and undermined what had been a world-class public transportation system. New York’s subway map has been effectively frozen in time for almost a century because of decisions Moses made many decades ago. Until the 1970’s fiscal crisis and disinvestment in public institutions laid bare where the imperial Moses had erred, the Master Builder was rarely questioned.

Moses understood New York media organs would determine his public perception and, therefore, his power. He courted the press through flattery and cunning. After ribbon cuttings, he treated reporters to lavish banquets. He granted favored journalists free passes to his beaches and exemptions from tolls. If a project was especially controversial, he knew he needed to break the news first in a friendly outlet, using the corrosive power of access journalism to define his agenda in the public before opponents marshalled a response. Often, his pronouncements were treated with little analysis or scrutiny, regarded as bare fact beyond debate. Influential editorial boards always took his side.

Like Moses, Cuomo has always courted media behind the scenes with a mix of aggression and occasional flattery.

Though newspapers and radio stations dominated far more in Moses’s time than they do now, New York-based media still largely, in 2020, determine what gets covered and what doesn’t. Washington Governor Jay Inslee, California Governor Gavin Newsom, Ohio Governor Mike DeWine, and Michigan Governor Gretchen Whitmer have all responded to the coronavirus outbreak with more foresight and speed than Cuomo, even though cases in their states were far less prevalent. None of them have attained the media stardom of Cuomo. In part, that’s because Cuomo reigns in New York, where national media is based and local journalists continue to craft narratives disseminated elsewhere.

Like Moses, Cuomo has always courted media behind the scenes with a mix of aggression and occasional flattery. He is known to call reporters personally to plead his case or yell at them, often off the record. His staff does the same. Critics of his policies are subject to anonymous sources attacking them online or in tabloid newspapers. These anonymous sources can usually be traced back to the governor’s office. Newspaper editorial boards and editors can expect calls from the governor’s office when coverage isn’t to his liking. With almost a decade under his belt, Cuomo is New York’s preeminent political institution; there are no term limits for state elected officials so he can, Moses-like, persist for an indefinite amount of time.

Like Moses, Cuomo is fond of artificial set pieces—like strolling through subway tunnels or staging press conferences on bridges—that reporters typically devour, helping to project the image of a get-it-done governor. Under Cuomo, the subway system in New York deteriorated to such a point in the summer of 2017 that it was dubbed the “summer of hell.” But the governor, who controls the subway system through his Metropolitan Transportation Authority, largely avoided blame and claimed eventual credit through an underfunded “action plan” when service eventually turned around under his newly hired subway chief, Andy Byford. Byford, a transit expert with experience in London, Sydney, and Toronto, grew tired of Cuomo’s meddling and grandstanding, leaving the MTA just this year.

Cuomo manages to always win, in the sense that his reputation suffers no serious damage for his stream of missteps, corruption, and outright failure. His former right-hand man, Joe Percoco, went to federal prison for taking bribes in a scandal that just barely spared Cuomo himself. In 2014, Cuomo shut down an anti-corruption commission he had created after the investigators apparently asked too many questions of the executive branch. He has tried, twice in his tenure, to cut the state’s Medicaid spending, taking his second shot this year during a pandemic. Through an austerity-laden budget, he largely got his wish, winning funding cuts to the very cash-strapped hospitals on the frontlines of the raging virus. Many hospitals that could have treated additional patients shut their doors under Cuomo’s watch.

The question is when the reckoning will come.

Now Cuomo soars higher than ever, a national hero of such standing that he can, with little condemnation, regularly sit for fawning interviews with his TV-host brother on CNN. One can’t fathom the press giving such a free pass if Donald Trump Jr. suddenly started asking his father about his coronavirus response on Fox News. Moses too enjoyed such heights. The question is when the reckoning will come. Moses did endure serious investigative reporting in later decades; there were brave journalists who laid the groundwork for Caro, in 1974, to humble Moses for good in The Power Broker.

Can Cuomo’s currently inflated reputation survive Covid-19? There are signs of trouble. Recent stories in the Albany Times-Union and New York Times have begun to ask the questions journalists should have asked three or four weeks ago: why is New York suffering so much worse than not only every state in America but every nation on Earth? How can any story of the coronavirus catastrophe in New York not indict its all-powerful governor? For a month now, Cuomo has been able to defy all reasonable logic, flying against gravity. His descent, like the Master Builder’s, will probably not be quick. In New York, as we know, things move painfully slow. 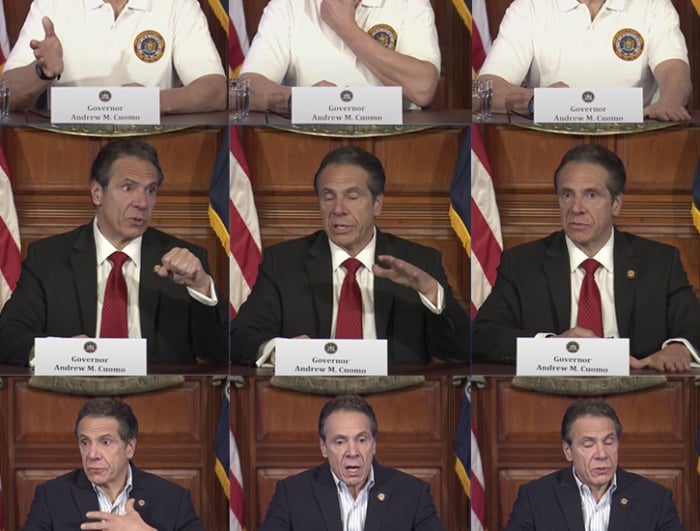 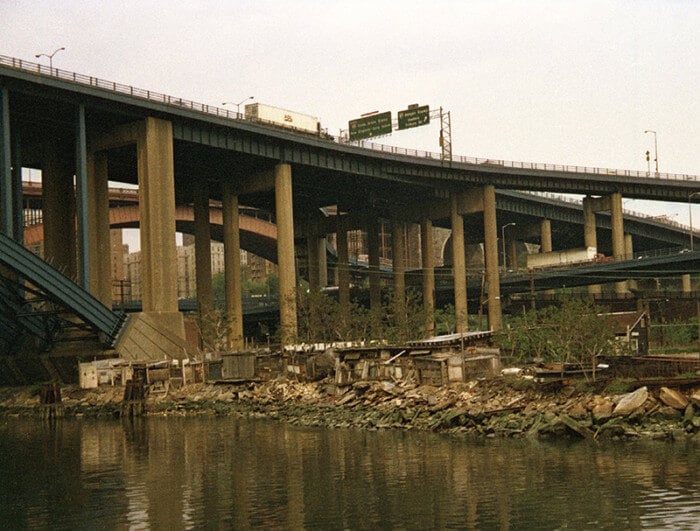 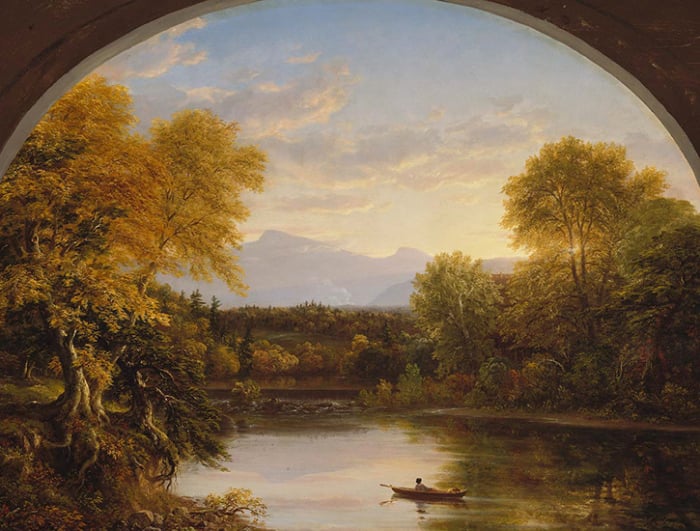