Never do our media savants look more blatantly biased than when they’re trying to wave off complaints about how they shape, and distort, the critical flow of political information. A case in point: New York Times public editor Liz Spayd’s absurdly complacent recent column on charges that the political press has been indulging “false balance” narratives in its coverage of Campaign ’16. The allegation of false balance concerns the tendency for political correspondents to fall back on a “both sides do it” rationale for treating a comparatively minor Clinton campaign faux pas (like, say, the candidate’s decision to “power through” her recent diagnosis of pneumonia, and disregard doctors’ recommendations to rest and hydrate properly) as though it were equivalent to, say, Donald Trump’s eagerness to activate America’s nuclear arsenal, to expel all Muslims at our borders, and generally turn the federal government into a wholly owned subsidiary of Breitbart News.

In Spayd’s telling, the discontent Hillary backers are now voicing about the fake-balance narrative is itself a telltale bid to tilt the campaign narrative in their own candidate’s favor. To make her case, Spayd cherry-picks a recent cable news hit by Slate editor Jacob Weisberg in which the editor makes the common-sense point that the media’s preferred false balance storyline won’t work (if it ever actually could) in a case like the Trump campaign, since equivalency-minded coverage can’t help but benefit a candidate whose relationship to the truth can best be described as slovenly. While campaign reporters typically treat major-party contenders for the presidency as akin to apples and oranges, Weisberg argued, the demagoguery of Trump places him closer to the category of “rancid meat.” You can almost hear the litany of “harumphs” punctuating the space between each sentence of Spayd’s prim rejoinder to Weisberg:

That sounds like a partisan’s explanation passed off as a factual judgment. If you fear a Trump presidency, it’s tempting to want the media’s firepower heavily trained on one side. But a false-balance cudgel gripped mostly by liberals is not an effective way to convince undecided voters. Just more preaching to the choir. . . . Fear of false balance is a creeping threat to the role of the media because it encourages journalists to pull back from their responsibility to hold power accountable.

Well, no it doesn’t—and not just because Weisberg was appearing on a cable chat show precisely to deliver an opinion, not “a factual judgment.” As observers such as Brian Beutler at The New Republic have noted, the airing of false balance complaints doesn’t translate into a plea to somehow go softer on journalistic investigations of Team Hillary. Liberal critics of thick-headed campaign-press complacency aren’t driven, Beutler writes, by the expectation “that the press should campaign for Clinton or help her escape scrutiny.” Rather, they want campaign journalists to “resist the urge to normalize Trump by portraying both candidates as inhabiting similar moral and ethical planes.”

Smug plyers of conventional media wisdom mutter into their brandy snifters that if I’m pissing off partisans on both sides, I must be doing something right.

Indeed, Spayd’s instant resort to such strawman scenarios showcases the inherent futility of bias-berating as an ideological sport. By inviting journalists to hurl back the “I know you are but what am I?” taunt of the schoolyard, as Spayd clumsily does here, charges of systemic press bias permit their targets to retreat to their preferred haunts in the above-the-fray, Olympian high ground. For the Liz Spayds of the world, the opportunity to dismiss a critique of their work as “a partisan’s explanation passed off as a factual judgment” is but a minor variation of the “both sides do it” rationale that serves to justify false balance reporting in the first place. The airing of baldly ideological grievances about the way political coverage tilts just allows smug plyers of conventional media wisdom to mutter into their brandy snifters at the Jefferson Hotel bar that—all together, now—if I’m pissing off partisans on both sides, I must be doing something right.

Also, as a matter of simple empirical fact—something that news organizations should never take lightly—it’s beyond laughable to suggest the critical coverage of both major-party campaigns is apportioned on a roughly equal basis. Just consider the bona fide pay-to-play scandal of the Trump Foundation’s donation to Florida Attorney General Pam Bondi, who was weighing whether to join New York’s suit against Trump University in her state at the time of the gift. The moneyed corruption in question here doesn’t require any breathless cable speculation, either, since the Trump organization has tendered an actual IRS fine to acknowledge the rank impropriety of the payment.

Reams of leaked Clinton Foundation documents, meanwhile—while undeniably fragrant with big-money elbow rubbing—spurred a frenzy of such speculation, with cable mentions of the Clinton charity’s conjectural ethical trespasses outnumbering those of the confirmed Trump variety by a ratio of, oh, 60 to 1 in early September. And when it came to the stunning news that the Democratic nominee probably needed to rest and hydrate more on the campaign trail once her pneumonia diagnosis was handed down, that got 13 times greater play in the press than the Trump Foundation scandal.

The Democratic nominee’s bout of ill health also furnished an inadvertent object study of why our media fails utterly to employ basic standards of critical reasoning, let alone notionally balanced coverage. For candidate Trump, knowing full well how to milk the witlessness of our cable commentariat, stepped forward after his rival’s pneumonia diagnosis became public to announce that he’d release his medical records once Clinton did the same. He had previously declared he would release his tax records if Clinton produced the emails deleted from her private server. This, of course, entirely contradicted Trump’s longstanding rationale for withholding his tax documents—that he was allegedly the subject of an ongoing IRS audit that prevents their release on procedural grounds. Scarcely anyone in our grand cablesphere noted this flagrant lie—for the simple reason that doing so requires sustained, careful attention to the empirical claims that spew randomly out of Trump’s shiny, ratings-friendly performance-art roadshow.

This is the news mentality that Liz Spayd cavalierly sizes up, Goldilocks-style, and pronounces “just right.” But note in addition Spayd’s own slovenly bid to supply moral justification of the media status quo by summoning up our press’s noble mandate to speak truth to power, sans fear or favor. Spayd’s rhetorical appeal to this worthy ideal stems from a fundamental misapprehension of how power actually operates in the world, and the press’s role in creating accountability. It’s not the case, after all, that Clinton and Trump are just human vessels of an undifferentiated, billowing social force known to puzzled citizens on the ground as simply “power.” Rather, Clinton avows a neoliberal brand of power, founded on the delicate meritocratic arts of policy triangulation and the digital-age financialization of social goods. And Trump represents the brand of power that rests on bigotry and mass fear—a nightmare inversion of the populist war against economic privilege. To insist that the Times and our other elite media outlets should be engaged even-handedly in the alternate, equally proportioned vetting of candidates Clinton and Trump is very much akin to suggesting that, because Edward R. Murrow was a heavy smoker and occasional womanizer, well, maybe Joe McCarthy had his strong points as a statesman, at the end of the day. Or, if you prefer, it’s much like insisting that Bull Connor and Martin Luther King Jr. had to be accorded equal coverage in the press because both men were dog lovers. The superficial fact of shared nominations for the 2016 major-party standard bearers does absolutely nothing to level out their position as moral actors in the public sphere.

None of this is to insist that Trump is Bull Connor (he’s more of a Pitchfork Ben Tillman, if you ask me, or maybe a Gerald LK Smith), or that—God help us—Hillary is Martin Luther King. It is, however, to say that a press that traffics in the airy moral idiocy of Liz Spayd’s column has forfeited virtually any credible claim to be functioning as a watchdog of the common weal. And it’s also to remind our mobbed-up political media that most alert news audiences know rancid meat when they smell it. 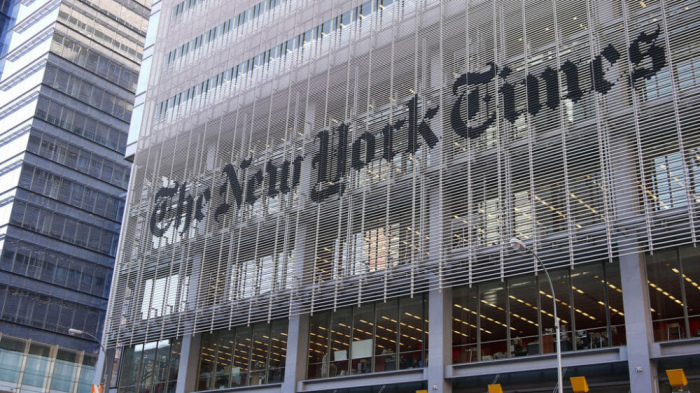 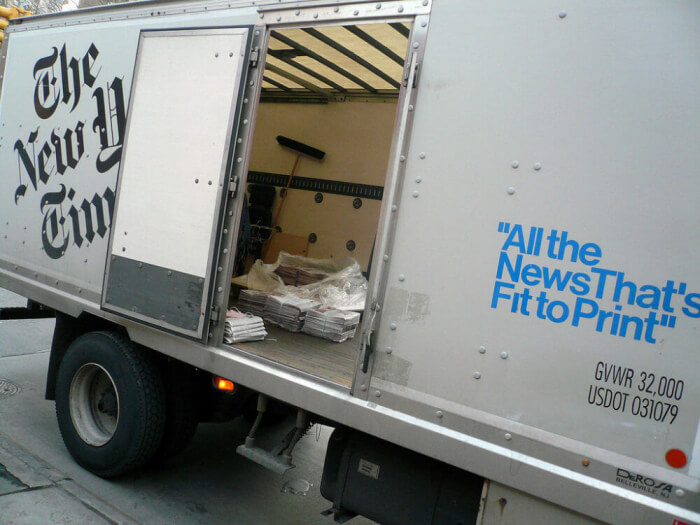 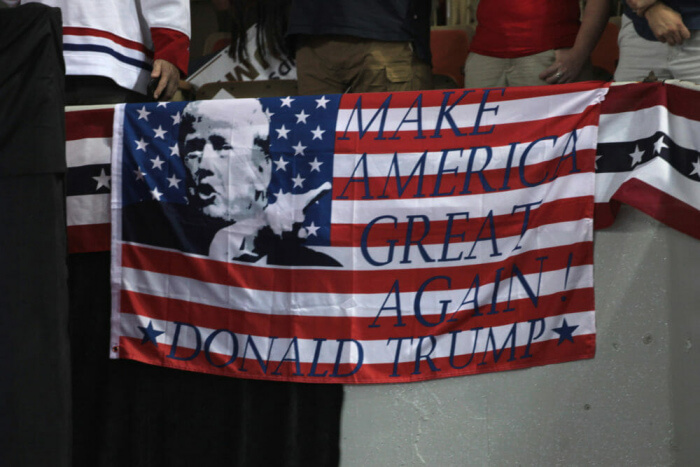