Facebook CEO Mark Zuckerberg is looking awfully like a 2020 presidential candidate these days. He’s in the middle of a fifty-state tour replete with social-media ready photo ops “to learn about people’s hopes and challenges, and how they’re thinking about their work and communities.” He’s sat in the pews of Emanuel African Methodist Episcopal Church in Charleston, South Carolina, where white supremacist Dylann Roof murdered nine parishioners on June 17, 2015. He’s chatted with dairy farmers in Wisconsin, former mill workers along the Appalachian Trail, opioid addicts in Ohio, rodeo cowboys in Dallas, military officers at Rhode Island’s Navy War College, and community leaders in Detroit.

He also delivered this year’s Harvard commencement address, an overtly political speech that he had been “writing for a long time,” as he graciously noted. Upon delivery, Zuckerberg’s Cambridge oration was steeped in inspirational sloganeering, of the sort you hear every four years from a nominating-convention podium. He called on his nation’s newly minted meritocrats to create not just new jobs but “a sense of purpose for others.” This would, in fact, form the basis of a “new social contract for our generation” to redefine and expand equality in the mode of the New Deal and the Great Society. But the equality that megabillionaire Zuckerberg has in mind is not the sort achieved by mere redistribution of material resources. No, the great society he envisions will ensure that all citizens have “the freedom to pursue purpose” and plays a role in the larger scheme of things that they find meaningful. This great millennial task would require a tweak to the Rev. Martin Luther King’s evocation of cosmic justice:

We understand the great arc of human history bends towards people coming together in ever greater numbers—from tribes to cities to nations—to achieve things we couldn’t on our own.

And who has done more to hammer this great bending arc into shape than the creator of the world’s largest social network? (Save, perhaps, the Winklevii.)

Note two additional facts that pundits and tech-industry tea-leaf readers have marked as Zuckerberg ’20 speculation has gained ground: Facebook changed its stock structure last year to allow Zuckerberg to leave the company and still retain control if he takes a government position. And he will turn the constitutionally ripe age of 35 before the 2020 election.

Zuckerberg has so far denied that he has designs on the Oval Office. But those desperate for a return of centrist neoliberal technocracy to the White House won’t take no for an answer. “Disrupt for America,” a new Super PAC, is taking donations to convince him to run. Why Zuckerberg? As its website explains,

In addition to a set of steadfast liberal principals [sic], Mark shares (perhaps more legitimately) many of the qualities of Donald Trump that resonated with everyday Americans—a wealthy, anti-establishment outsider unbeholden to special interests.

There you have it: In a nakedly plutocratic, post-Citizens United polity dictated by moneyed interests, the only plausible reformist figure on the left appears to be someone so rich that the typical donor bribes won’t register on his balance sheet.

Lost in all the overheated Zuckerberg speculation, however, is how unsurprising the figure of the mogul-Philosopher King is in our current political landscape. By this I don’t simply mean how after Trump everything is permitted, or how people have become desperate for someone to wield CEO-like power to cure the nation of its many ills. Rather, for the hypothetical Zuckerberg candidacy to gain this amount of credible traction so early into our current mogul-president’s disastrous reign speaks volumes about how much political power our top CEOs already wield in our increasingly undemocratic society. Indeed, it’s no great stretch to claim that the Facebook chief is already a president of sorts to us. Zuckerberg for president makes sense in the way that William Randolph Hearst for president made sense for some in 1904: it says more about our country than about the man.

The claim that “POTUS is our CEO” has become a bipartisan Twitter meme of sorts. Back in 2013, Obama’s auto czar Steven Rattner appealed to the principle to argue that the president need not get congressional approval to attack Bashir al-Assad’s regime in response to a recent sarin gas attack in Ghouta, Syria. Similarly, U.S. ambassador to the UN Nikki Haley defended Trump’s firing of FBI Director James Comey last month by claiming that, as America’s CEO, he can hire and fire whomever he wants. The idea here is that the president has—and should have—uncheckable and unreviewable power to make decisions. And the not-so-subtle subtext of such pronouncements is to silence those who might question that decision-making power in our democratic republic.

There’s a natural corollary to the assertion that “POTUS is CEO”—namely, “CEO is POTUS.” In other words, our country’s CEOs exercise a kind of power that our president should exercise. This tendency in popular and elite sentiment explains the desire to see the CEOs of our largest corporations play a greater role in our politics. With faith in Congress at historic lows, incomes and household wealth stagnating, and people feeling insecure about their futures, they are desperate for someone to right the ship of state. And in a moneyed oligarchy, it makes a certain sick kind of sense for citizens to see our corporate titans as the very heroes who can do this—if we give them the very power they exercise as CEOs, constitutional niceties be damned. The “POTUS = CEO” equation is the perfect guise for authoritarianism to take hold in America.

Lest this sound like hyperbolic alarmism, consider how far CEOs have already come. For the CEO of Exxon Mobil to become Secretary of State was once unthinkable. Not anymore. And let’s be honest: being the CEO of Exxon Mobil gives one superb experience at negotiating U.S. interests (at least the Realpolitik ones) with foreign governments. Being CEO at a top investment bank, hedge fund, or private equity firm is now the primary pipeline to become treasury secretary. Is this perhaps because the two jobs are rather similar? As much as commerce secretary, the modern cabinet position reliably staffed by a CEO, is a joke, it has come to the point where every White House cabinet position, even the presidency itself, is directly staffable by a CEO. Let the cabinet and the presidency itself be filled by commerce secretaries; after all, the business of America is business.

Also consider how outspoken and influential CEOs have become on the day’s leading political issues. Trump decides to withdraw from the Paris Climate Accord, and Corporate America’s top executives throw a tantrum. Disney’s Bob Iger and Tesla’s Elon Musk even went so far as to withdraw from the president’s advisory councils. (What took them so long?)

Why do we ordinary folks care so much about what CEOs think?

Good on them for speaking out, of course, but why do we ordinary folks care so much about what they think? Is it because they have the power and influence so lacking among the prior defenders of our democracy—Congress, the judiciary, the media, the professoriat, and other sundry thought leaders? Why are we so desperate for them to intervene? Do we pine for their firm hand of guidance the way that Turkish citizens used to pine for military intervention when their democracy swerved off course? Can they save us from ourselves? We can only hope.

So the rumblings about Zuckerberg 2020 make perfect sense in our present democratic slough of despond. It is Jim VandeHei’s ridiculous fantasy of the Innovation Party made real by Trump’s terrifying triumph over our corrupt political class.

Yet, there’s a small problem: Why would Zuckerberg want the job? The power and influence that render CEOs credible presidential candidates also rather perversely undermines the need for them to run for office. They now exercise such outsized power and influence that they needn’t bother trying to win elections in order to exercise executive presidential power over the rest of us. As the CEO of Facebook, Zuckerberg leads a community of nearly two billion users—a community larger than the population of China or India. While Capitol Hill continues to stagger from one humiliating impasse to the next, he continues to offer Americans richer and more satisfying user experiences. And while our nation’s miniscule budget for the arts, humanities, and scientific research are threatened with elimination, the Chan Zuckerberg Initiative has allocated $45 billion for its mission of “advancing human potential and promoting equality”—dwarfing the $2 billion Clinton Global Initiative. So much for the power of the presidency.

And let’s be real: whose future is brighter, the United States’ or Facebook’s? While our nation might continue to wither, our nation’s great social enterprise seems poised to continue growing and expanding its offerings. We may very well see the day when Social Security dies, but Facebook users collect their Universal Basic Income, thanks to their daily engagement with advertisers. And on that day, you may well thank God that Facebook’s CEO doesn’t have a term limit. 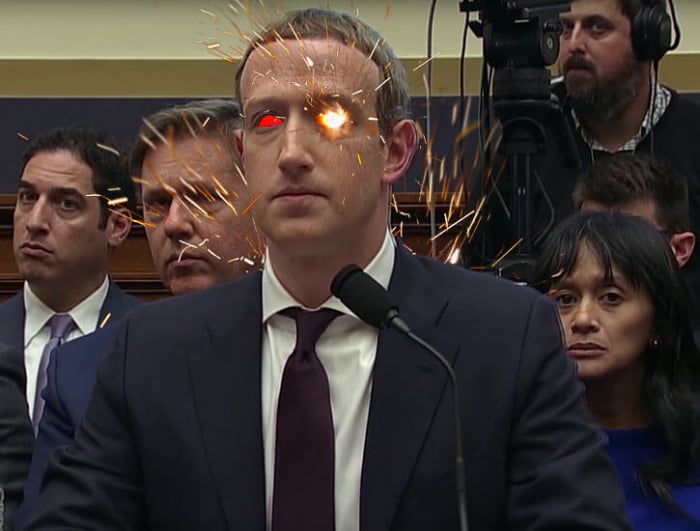 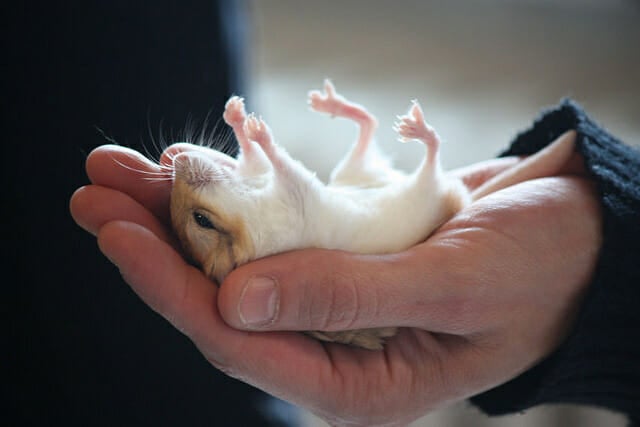