Carrying signs reading “Students—We’ve Got Your Back!” and “The Superintendent Makes More Than Our California Governor!,” Sacramento teachers went on strike Thursday, April 11. It was the latest episode in a series of strikes that began in West Virginia in February 2018 and has seen teachers all over the country picket in mass numbers, from Arizona to Oakland to Oklahoma. In an unusual turn, however, the Sacramento teachers struck for only one day.

Across California, school districts are strapped for cash. On April 8, while announcing a bill that would increase taxation on large companies to create more funding for schools and child care, Oakland Assemblywoman Buffy Wicks stated that California is forty-first in the nation when it comes to per-pupil spending on education. In Sacramento’s case, adding to their financial woes is the looming threat of a state takeover if the district doesn’t make up a $35 million budget deficit by June 20.

Sacramento teachers’ central demands revolve around a compromise they made with Superintendent Jorge Aguilar and the Sacramento City Unified School District almost two years ago, in November 2017. David Fisher, the President of the Sacramento City Teachers’ Association, says, “We were days away from a strike and had been at the negotiating table for a while, trying to get a better teacher-student ratio, for them to hire more nurses, more psychiatrists, lower class sizes, and a better pay raise schedule.” In exchange for the district promising to abide by all of the above, Fisher says, the teachers agreed to switch health care plans to a cheaper alternative in order to divert funds to students’ welfare in the classroom and improve “learning and working conditions.” Meanwhile, by the time the county overseeing the district agreed to sign the contracts in December 2017, they stipulated that SCUSD had to tighten its belt with regards to spending and cut back $15 million over the next three years in order to meet its budget. 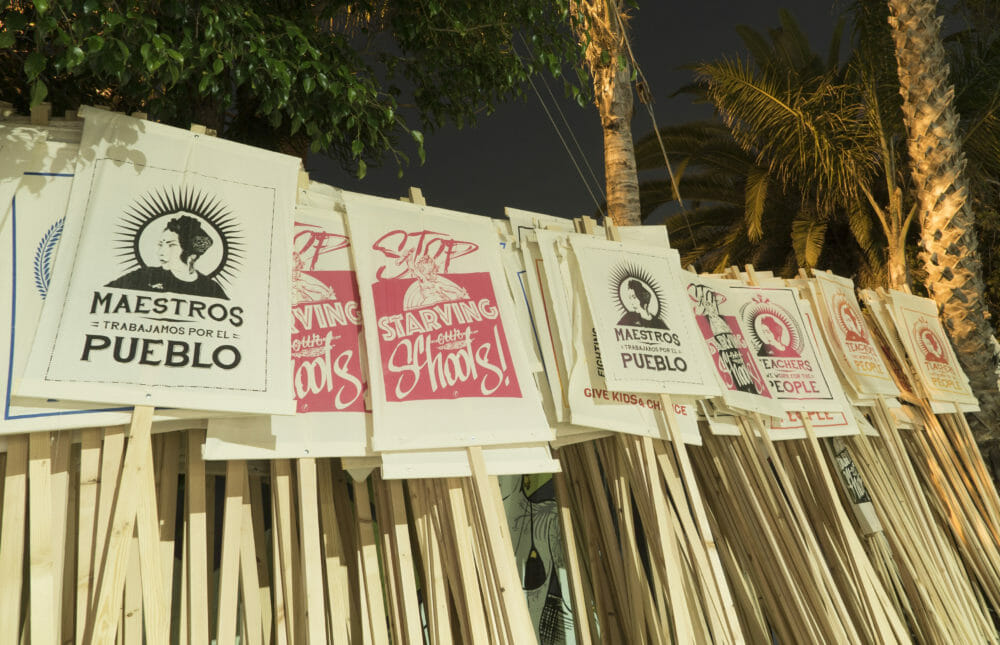 Chalk One Up for Teachers
By
Jason McGahan

Fisher contends the superintendent and school district opted instead to spend beyond their means—doling out $1.75 million for contracts with outside vendors, offering summer programs, and allotting extravagant bonuses and vacation buyouts for executives. He adds that additional administrators have been hired at district headquarters over the years since 2014-2015, tacking on another $15 million in expenses.[*] “They’re trying to get out of the contract with [their] teachers in order to cover this,” he says.

If the school district were to go into state takeover, the majority of victims would be poor students of color, argues an op-ed in the Sacramento Bee. The takeover would be especially crushing for the 70 percent of students in the Sacramento district who receive free or reduced-price lunch, according to Alex Barrios, the SCUSD’s Chief Communications Officer. “There would be less money for students. The state would charge interest on loans, with an average of a $21 million loss in payments,” he says, noting in a later e-mail that these losses refer to both principal and interest payments. “This strike hurts students, families, and schools at a time when we need to all be working together,” Barrios added.

Because the district’s financial situation is so critical, the teachers opted for a one-day strike in order to “make the biggest statement possible with the least amount of impact on students and the community,” Fisher says. “We reserve the right to prolong the strike but we’re hopeful [that we will] make our voice heard.” According to Fisher, 92 percent of teachers voted to strike; the Sacramento Bee reported that 98 percent of teachers from the district’s seventy-five schools ultimately joined the action.

As housing and educational costs have skyrocketed, funding for both has stagnated.

Underpinning the frustration of the Sacramento teachers is the fact that California is a vastly wealthy and inequitable state, especially when it comes to funding for public services such as education. California’s education funding woes can be traced back in part from the 1978 passage of the statewide Proposition 13. Officially titled “The People’s Initiative to Limit Property Taxation,” it put a cap on all annual property assessments to stymie the possibility of people being taxed out of their homes; it also instituted a rule requiring two-thirds of the California legislature’s approval in order to allocate funding for special taxes, such as education. As housing and educational costs have skyrocketed, funding for both has stagnated.

The California Teachers Association, an affiliate of the SCTA, has made repealing Proposition 13 a major component of their platform, writing,

The cost of funding state services has shifted from corporate to personal income tax payers. When Proposition 13 was passed, responsibility for funding public schools shifted from the taxpayer to the state. . . . The fact of the matter is California is a moderate tax state, ranking fifteenth in taxes and fees compared to other states, even though we have the eighth largest economy in the world.

Monica Bonny, a former school board member and the Chief Operating Officer and Chief Financial Officer for a teacher training program in the Bay Area, says that in her opinion, Proposition 13 is the single most influential factor in the history of the modern California school system. “Overnight it decimated the amount of funding available to school districts from $9 billion to $6 billion,” says Bonny. “We saw rampant cuts to things considered integral, like arts education, counselors, summer school, adult education, and even janitors.” She adds that because it shifted power for funding to the state, school boards became much less influential, even though each community’s needs are different. “Over time, confidence in [public] schools has eroded,” Bonny says. “Especially because the wealthy have the option to put their kids in private schools. It’s exacerbated white and wealthy flight.” 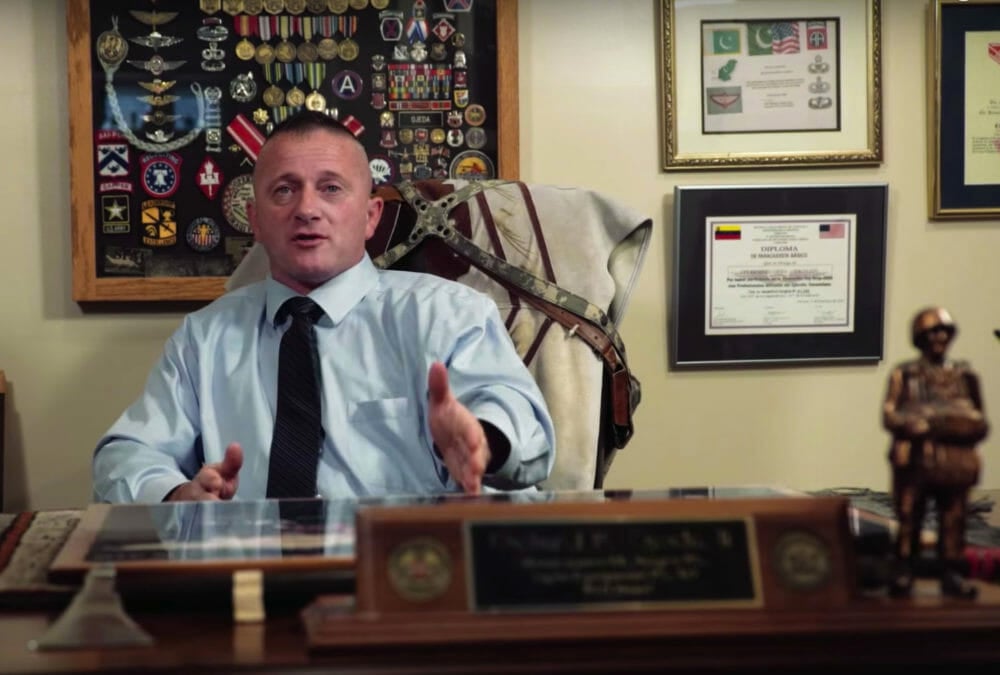 After the strike concluded, in a gesture posing as generosity, Superintendent Aguilar released a memo addressed to Fisher that stated the district would spare the SCTA and not file an unfair labor practice grievance with the Public Employment Relations Board (PERB).

Because of its short length, the Sacramento teachers’ strike might have seemed like a one-time incident to its detractors, meant to further pit labor and management against one another at a time when cooperation is needed to ensure that the school district survives the threat of a state takeover. But Fisher points to the fact that even after they had already given the district an eleven-day notice of their strike, the SCTA tried one last time to negotiate with the district in mediation on April 8. And while the intent of their action was clear, the strike’s length demonstrates the extent to which teachers took students’ welfare into account. While they continue to point to where the district administration has foundered, the SCTA has signaled their willingness to work with administration officials. On Friday April 12, after school board president Jessie Ryan asked for a “cease fire,” the SCTA offered to meet with district officials. “Teachers are the heartbeat of our schools and we need them back in the classroom,” said Ryan in a statement published on the SCUSD’s website.

[*] Correction: This article has been revised to clarify that the additional administrators’ salaries that the union contends were added by the SCUSD represent an increase over a period of several years, from 2014-2015 to the current budget year.

Lia Russell is a freelance writer based in the Bay Area who has written for The American Prospect, Scalawag Magazine, and others. More work can be found at liaruss.com or on Twitter @liaoffleash. 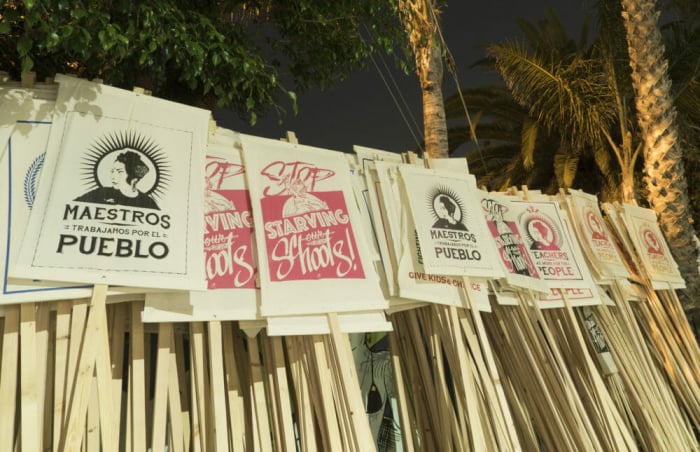 Chalk One Up for Teachers
Jason McGahan
Word Factory 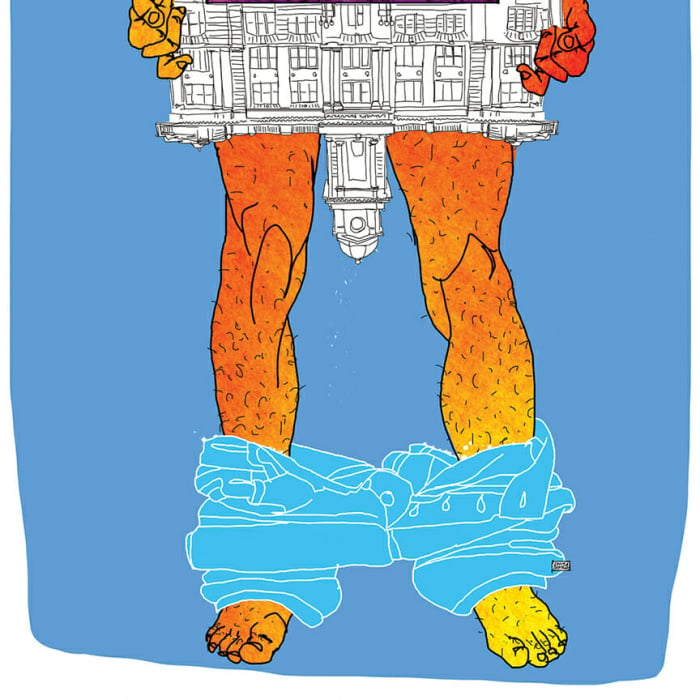 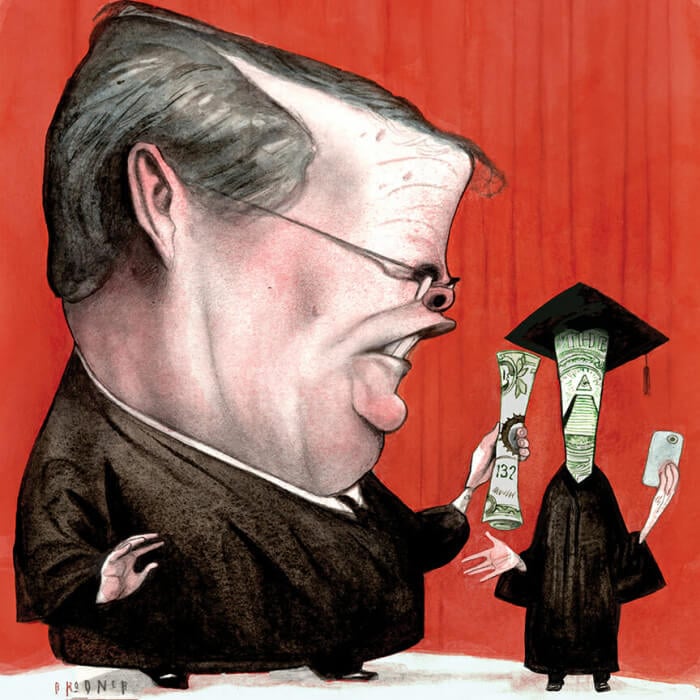