America’s anti-trafficking sweetheart Somaly Mam is back— phoenix-like, unscathed, and sweet-voiced—only four months after a takedown that was described alternately as devastating and unfair (by Mam’s newly-vocal support team), justified but unfortunate (by Newsweek, who published it in May), or extremely old news (by folks who live in Cambodia and have heard the allegations, seen through her stories themselves, or read them in local papers for years).

Her Triumphant Return was heralded by not one but two separate PR teams. An email from the first—subject header “Somaly Mam’s Story: ‘I didn’t lie.’”—arrived last week via Elizabeth FitzGerald, the director of public relations for Hearst Magazines. FitzGerald suggested that, since I’d “reported on Somaly Mam in the past” (for example, here), I might enjoy this new interview in Marie Claire. The pitch went on to say that Mam “didn’t speak to anyone about the truth [when the Newsweek story broke, so] the allegations went widely unquestioned, with headlines around the world calling her a fraud.”

“Were we all too quick to condemn Somaly Mam?” FitzGerald’s email asked, suggesting that the new interview thoroughly debunks the allegations against her. (We weren’t—Mam had years to respond to concerns about her truthfulness—but we’ll get back to that, and rest assured: most key allegations against her remain comfortably bunked.)

The other publicist on the case was less abstruse, and targeted the work of Newsweek reporter Simon Marks specifically. “The inconsistencies, innuendos and inaccuracies in his story, based upon selected sources are reported without balance or context.His material has effectively destroyed [Mam’s] reputation,” wrote Scott Gorenstein of Jonathan Marder and Company, who also boasts Liza Minnelli as a client.

Gorenstein continued: “Somaly Mam wants her dignity and reputation restored…for all the survivors that she represents. It is her hope that having set the record straight, she can return to the work of rescuing and rehabilitating victims of human trafficking and to helping to halt sexual slavery in all its forms.” His release also linked to the Marie Claire article.

Near as I can tell, only The Daily Beast has so far taken the PR bait, in this gossipy item that somehow manages to name-drop Susan Sarandon, Hillary Clinton, and Nicholas Kristof, and shed a tear for the bravery of the woman beating sex trafficking in Cambodia. All of it, however—the entirety of Mam’s comeback scheme—hinges on that one Marie Claire interview, acquired in the course of four and a half days on the ground by Abigail Pesta.

In short, the interview is spurious. It paints all of the allegations against Mam as unique to Newsweek, when in fact they are of a compendium of years’ worth of investigative work the same reporter, Simon Marks, had done at the Cambodia Daily. In Marie Claire, three witnesses recant stories reported in the U.S. weekly, and one also says he was misgendered. Marks blames this on a Newsweek editing error—believable, given the lack of familiarity U.S. media have with Khmer naming conventions. And when the Cambodia Daily went back for a third interview with this source, he—Pen Chhun Heng, previously identified as “she”—equivocated on all previous statements regarding whether or not Mam was adopted, which was one of the key points in her disputed biography as a self-described sex slave. Heng told the Daily that he simply does not know. (The he-said/she-saids arising out of Mam’s strained relationships with her ex-husband Pierre Legros and daughter Nieng also figure prominently, but are as impossible to parse as anything put forth by more than one Kardashian.)

If the alarm bells aren’t deafening yet, note that one of the other Marie Claire sources, Thou Soy, works for AFESIP. That’s the organization Mam founded in 1996 to help women and girls “victimized by human trafficking and sex slavery.” As the group’s homepage notes, it lost funding over the summer when the Somaly Mam Foundation ousted Mam and refused AFESIP further funding; Soy holds a stake in seeing Mam’s reputation restored. Paid work is hard to come by in Cambodia, which is one of the reasons the sex trade thrives there.

At this point, even Mam’s reputation as the savior of Cambodian sex slaves is disputable. A January 2014 independent report from the Urban Institute found that only 49 percent of the 674 women and girls at AFESIP shelters between 2008 and 2012 could be considered “trafficked” under any definition of the term. A full 18 percent were self-described at-will sex workers, and another 17 percent were preventative cases—meaning that they were removed from situations deemed to be “at risk” of trafficking.

It may be more correct to praise Mam’s innovation for increasing employment opportunities for women—except that’s not the case, either. She’s actually limiting them. The job training women and girls receive through AFESIP is largely suited for employment in the service industry and Cambodia’s $5.53 billion garment sector, which, despite the largest labor uprising in the nation’s history this winter (which I covered for Truthout), still manages to turn an enormous profit—in part by paying women in the country approximately two-thirds of a living wage. It’s one reason the global garment industry may be one of the primary sources of funding for anti-trafficking NGOs. (If you missed it, check fashion icon Diane von Furstenburg’s photo with Mam in the Marie Claire article.)

No matter; the real devil here is not in such details. Far more curious are the vast machinations behind Mam’s de-tarnishing, as well as its timing. The Marie Claire article’s online release coincided with the establishment of the New Somaly Mam Fund—Pesta tells me via email she did not know it was planned—and the print version of the magazine hit newsstands the same day that Mam’s chief supporter, Nick Kristof, released a new book.

Co-written with wife Sheryl WuDunn, the latest release from the Half the Sky Movement, A Path Appears, doesn’t mention Mam’s name, and Kristof has publicly distanced himself from Mam ever since the Newsweek story broke. Still, his support for Mam’s work runs so deep it merited mention in the most recent available Annual Report from the Somaly Mam Foundation. The report states: “2012 was an important year for women everywhere. Through the Half the Sky Movement, my story and the story of others like me were shared worldwide…. 2012 became the year that human trafficking could no longer be ignored.”

That’s the reputation at stake here: that of anti-human-trafficking work itself. For without Mam as a figurehead, the multi-tiered, well-funded, international campaign to end trafficking in persons could be revealed to be just another way to limit women’s economic opportunity, police borders, push through restrictive intellectual property rights legislation, and monitor the behavior of individuals around the globe. The real question Somaly Mam’s resurrection reveals is: who’s willing to fund that? 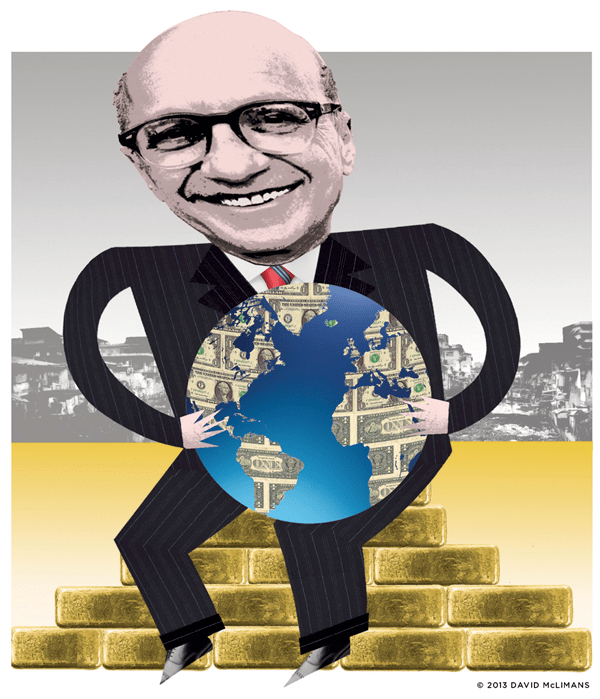 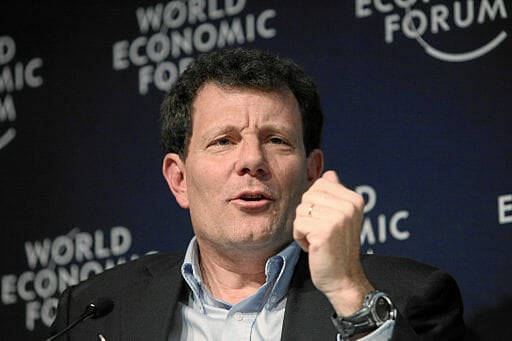