What is the etiquette of speaking at a literary festival held under the auspices of an increasingly genocidal state? The use of the word genocidal is not my own. Earlier this month, Time magazine published an essay titled “Is India Headed for an Anti-Muslim Genocide?” The essay tells the heartrending story of a mother, Hasina Bano, whose twelve-year-old son was killed by a stray bullet fired by the police. The police had been firing at protesting Bengali Muslims who were being evicted from their land so that it could be given to Assamese Hindus. After the passage of India’s recent Citizenship Amendment Act, thousands of Muslims in the state of Assam who had never known any home except for India were declared non-citizens. This opened the door to the government taking over their land and apportioning it to Hindus. The Muslims’ protest against this injustice was dealt with by a barrage of bullets.

Recently, another Indian Muslim family was made distraught. Aryan Khan, son of Shah Rukh Khan, India’s biggest Bollywood superstar and, unfortunately for him, a Muslim, was arrested by police who were conducting a raid of a cruise ship at the Mumbai port. Aryan was not even on the ship, according to his lawyer; when he was seen at the cruise terminal where the ship was docked, the police officials searched him and no contraband was found on him. Inexplicably, he was still arrested and taken into police custody. Now, days later, he remains in police custody. Judges have denied his bail petitions on the grounds that one of his friends was in possession of contraband, and that Aryan knew of it.

There is of course another explanation. The Bharatiya Janata Party (BJP) led by Prime Minister Modi, who as chief minister of the province of Gujarat presided over an anti-Muslim pogrom, wants to send a message to India’s Muslims. The message for poor Muslims, such as those in Assam, comes through the bullets fired at them when they have the temerity to protest eviction from their own land. The message to middle- and upper-middle-class Muslims comes through what is being done to Shah Rukh Khan’s son. After all, if a megastar like Shah Rukh cannot protect his young Muslim son, how could they?

It was in the middle of all of this that I saw an event advertised by the Jaipur Literature Festival–Houston that featured the famed author Rabih Alameddine. The festival, which no longer occurs only in Jaipur but functions as a franchise across many cities—London, New York, Boulder, and Houston to name a few—is sponsored by Zee News, a right-wing television network that serves up Modi propaganda as its main entrée and that has been criticized for stifling dissent. Zee’s television coverage regularly encourages violence against non-patriots; and in genocidal caricatures of an extremist Hindu India, no one can be more unpatriotic than an Indian Muslim. In his essay about the Jaipur Literature Festival, published more than four years ago in The Baffler, the writer Siddhartha Deb put it this way: this is a festival “where writing dresses up in finery for corporations and corporations wink at the demagogues in control.” Deb faced the brunt of right-wing Hindu anger himself when he, along with a large number of writers, signed a letter of dissent. It was 2016, and the chosen sponsor for the event in London was Vedanta, a mining company accused of destroying the land and livelihood of India’s indigenous tribal people. In an absurdist turn, Deb and his fellow signatories were accused of being pro-censorship, because they wanted mining companies and the Hindu right out of the public conversation.

This is a festival “where writing dresses up in finery for corporations and corporations wink at the demagogues in control.”

Against this backdrop I noticed a tweet last week about Rabih Alemeddine’s event, moderated by journalist and author Alia Malek. Alameddine was raised in a Druze family in Lebanon and Malek’s parents immigrated from Syria. But the argument I am making here is not about religious or ethnic solidarity; it is about some baseline respect for the human rights of those being silenced by the Modi-led BJP in India. When I brought this up with Malek on Twitter, where all important conversations take place, she told me that if there was “a call by Pakistani writers asking Arab writers not to participate, I’d want to hear more.” As a result, it appears she did not feel like she had to pull back from participation on the behalf of India’s Muslims.

Then there was Rabih Alameddine, whose latest novel is about a transgender doctor who tries to care for refugees fleeing war torn Syria. In an interview given to the New York Times about the new book, Alameddine speaks at length about how he was always willing to lend a sympathetic ear to friends dying from the AIDS epidemic decades ago. In the time after the Syrian crisis, as refugees poured into Lebanon, he sought them out to listen to their stories. There were so many of them, all crushing in the devastation that they described. “There is absolutely not one thing that I could do,” he says of his interactions with the refugees, adding, “but not doing something is a crime.”

He chose to do nothing when it came to Indian Muslims and the threat of genocide that even Time magazine has acknowledged. Nor did Malek. In the exchanges, it appeared clear that they did not see the festival as tainted in any way, since there was no organized call for an international boycott. In fact, those protesters demonstrating against the Citizenship Amendment Act, which permits the Modi government to take from Muslims and give to Hindus, have protested at the festival when it was held in India. They were arrested and detained, just as dozens of Indian journalists have been who have dared criticize Modi and the BJP.

For his part, William Dalrymple, a codirector of the Jaipur Literature Festival, who has long made his peace with the fact that only certain sorts of people should be on stage, sent me a clip to show his festival was not influenced by BJP directives. The clip was from a show called “Debate with Arnab Goswami, a far-right show that had criticized the literary festival as anti-Indian. Goswami, who is like an Indian Tucker Carlson, is an interesting defense; I guess it goes to show that, though approved by the far-right, the festival is opposed by the likes of Goswami who regularly excoriates Muslims on his show and demands that they be rounded up.

I can understand how Dalrymple has rationalized his position, as have Alameddine and Malek. Isn’t it better to have some kinds of literary and cultural programming than none? After all, should all of India be condemned to becoming a literary desert because its prime minister wants the police to shoot down Muslims? I suppose an argument could be made for such a position or even that because there was no specific call to boycott, there was no problem with participation. It is a technicality, but I can see why it is appealing to some.

I am hardly morally pristine myself. When I have made mistakes, I have apologized for them. I am also idealistic (no one would be a writer otherwise) and in this sense I would like to believe that allowing a government to use a literary festival as a liberal front is to be complicit in its oppressions. There was no call for solidarity by Pakistani or Indian Muslim or any other authors, but one would have to be under the largest rock in the world to have not known that India is engaged in a dangerous and bloodthirsty marginalization of all Muslims in the country. It has one of the largest populations of Muslims in the world; there are a lot of people to frighten, kill, and banish, but the Modi government is remarkable in its brilliance at engineering laws, policies, conspiracies and rumors to accomplish the task.

While it is busy at its task, the Jaipur Literature Festival, in Houston and Boulder and London and wherever else, continues to peddle an image of India as the secular, tolerant, and intellectually vibrant place that it used to be before Modi came into power. If the creation of a literary event that would provide Indians with literary conversation and discussion is the goal, the festival should be held in India and for Indians. The franchise model, which travels to largely white and Western cities around the globe, suggests something else, a veil cast over the eyes of a literary public while the bloodshed is carried out at home. As for me, though William Dalrymple would deny it, I am unwelcome at the festival by dint of being of Pakistani origin. I tried to register online for the Alameddine event at JLF in Houston. I put in my email and got an “error message” that told me I could not proceed further. Just a technical glitch, I’m sure. 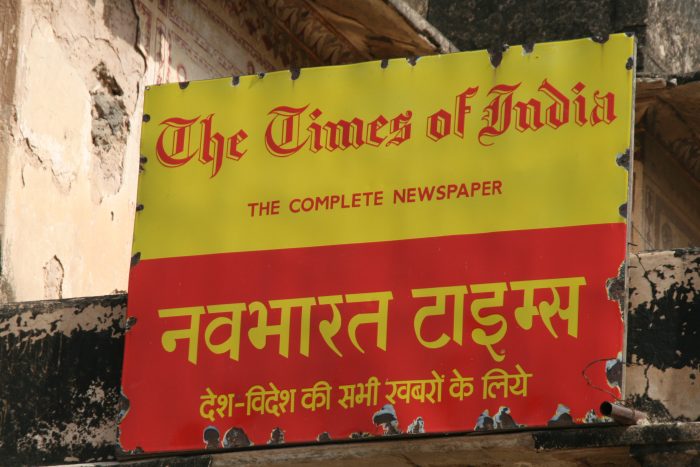 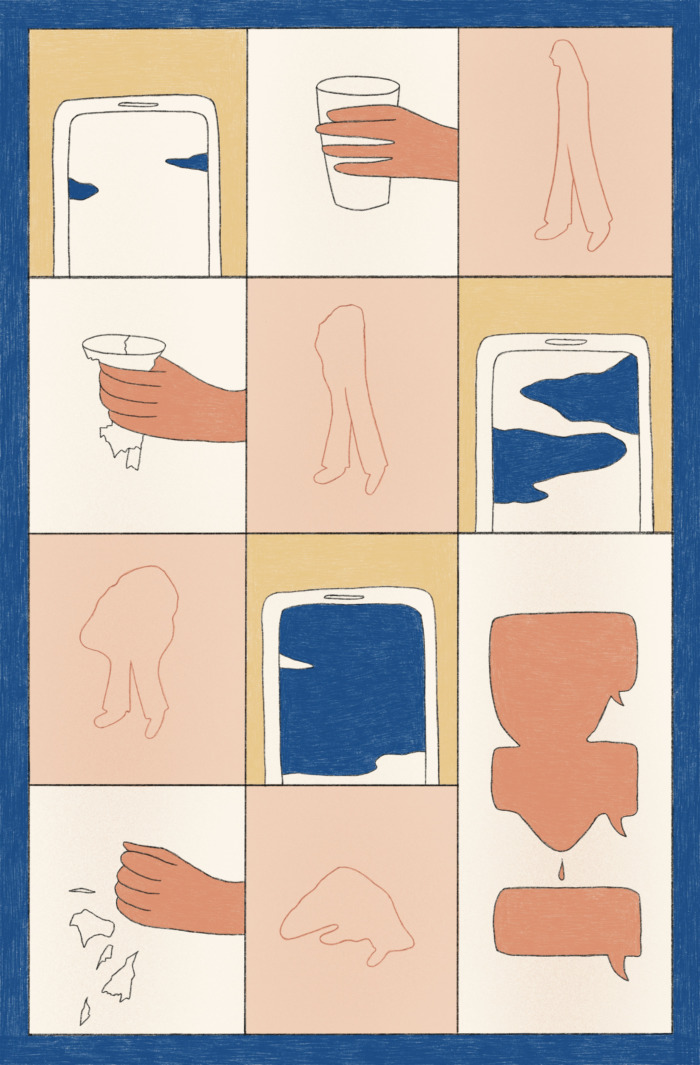