The thing about union-busting as a tactic of workplace warfare is that it is extremely adaptable. Whether the goal is to kneecap a fledgling organizing drive or to intimidate those trying to rally their coworkers around a particular issue, for the bosses sitting at the top of the corporate food chain, there is a whole smorgasbord of attractive options available—depending on just how deep their pockets run and how public they want their machinations to be.

Over the years, the anti-union industrial complex has evolved into a lucrative field unto itself; it’s not all brash targeted firings and stuffy, captive audience meetings anymore. Some solutions are quieter, sneakier, and more suited to the image that outwardly progressive or even “social justice”-oriented organizations seek to convey. Whether it’s hiring a very specific kind of law firm, chiseling away at a new union’s bargaining unit to lessen its impact, or forcing workers to jump through the hoop of holding a secret ballot election instead of just voluntarily recognizing their union, these more genteel tactics can be just as effective as those wielded by old-fashioned strikebreakers, even if they’re no longer quite as violent.

A recent spate of union-busting tussles and general bad boss behavior has thrown a harsh spotlight on the rot at the top of various nonprofits, liberal political organizations, and beloved cultural institutions. While the myth of the progressive boss has gone some way toward shielding these leaders from scrutiny, that glossy veneer can only hide so much. Now, many workplace battles are playing out in the boardroom or courthouse instead of in the streets or on the job site, but they’re happening for the same nefarious reasons they always have.

The anti-union industrial complex has evolved into a lucrative field unto itself.

Take the case of the ACLU of Kansas. Earlier this summer, their staff decided to join the United Media Guild Local 36047, a local union within the NewsGuild-Communication Workers of America. A union representative told Kansas.com that the workers’ primary reason for organizing was the “toxic work environment” under Executive Director Nadine Johnson, who responded by refusing to voluntarily recognize the union. Instead, Johnson hired Ogletree Deakins, which in size and reputation is second only to Proskauer Rose, the nation’s most notorious anti-union law firm. (To get a sense of their general vibe, not only is Ogletree Deakins the notoriously racist Sheriff Joe Arpaio’s “go-to legal counsel,” but back in the 1970s, they represented J.P. Stevens, the textile firm where the real-life Norma Rae worked.)

There are a number of pricey “management-side” law firms out there, some more feared than others. For its part, Ogletree Deakins makes no bones about its stated mission to help its clients “minimize the risk of unionization.” Their hiring was a blatant signal to Johnson’s workers that the ACLU of Kansas wasn’t going to recognize their union without a fight. She also refused to allow a card check process; instead, a National Labor Relations Board election was scheduled for July 9. The election was then pushed back to July 14 at management’s request. Their stated reason for stalling was that they needed more time to decide which workers fell within the bargaining unit, all the while insisting that they didn’t oppose the union at all, actually. But shrinking the unit is a sneaky way to siphon off its power and chip away at workers’ solidarity, which is why so many bosses resort to this tactic after they’ve failed to quell the union drive altogether.

“This process has been exhausting . . . the ACLU has historically championed workers’ rights and we thought our leaders would recognize the value of a third-party negotiation to resolve the internal issues which have contributed to mounting tension among staff over the past year,” a unit member told me. “We were deeply disappointed, and have had to spend an inordinate amount of time and energy fighting for this right which the ACLU claims to honor.”

The ACLU of Kansas Union ultimately prevailed in their fight. Facing a public outcry, management fired Ogletree Deakins, and eventually agreed to abort the secret ballot election in favor of a voluntary card check, which was administered by former NLRB Chair Wilma Liebman. The union has now been recognized, but while they figure out their next steps, Ogletree Deakins have skulked off to try to claim their next victim: the Scholars Strategy Network.

The SSN is a nonprofit based in Cambridge, Massachusetts whose approximately 1,500 members work to connect scholars at universities across the country with journalists, civic leaders, and public officials. On June 29, their ten-person bargaining unit announced that they’d chosen to join the Nonprofit Professional Employees Union and asked for recognition—which director Theda Skocpol promptly denied. Skocpol, who is currently a professor of Government and Sociology at Harvard University, forced an NLRB election instead. A day after the union filed for one on July 15, it came out that management had brought on Ogletree Deakins, a decision that Skocpol doubled down on in an email to staff, sniffing that workers’ opposition to the firm’s hiring was a mere “Twitter smear.”

“Union-busting can look a little different at nonprofits compared with for-profit companies, but they use many of the same dirty tricks,” NPEU President Kayla Blado explained via email. “By forcing their staff to have an unnecessary union election at the Trump NLRB instead of simple card-check, management is prolonging the process and displaying a lack of trust and willingness to work in good faith with their staff. Worse, by hiring a notorious union-busting law firm—even accidentally—management is diverting even more resources and power away from their own staff and giving it to an outside firm.”

Blado’s point about the current state of the NLRB is especially important. In theory, the NLRB is tasked with upholding U.S. workers’ rights, but the dawn of the Trump era has rendered that idea moot. Now, the board is controlled by his appointee John F. Ring, a former management-side partner at another union-busting law firm, Morgan Lewis. Trump’s NLRB has handed down a number of explicitly anti-labor rulings. Forcing an election in this climate isn’t just bad faith foot-dragging; any boss doing so is handing off the future of their employees’ union to a cadre of men who have spent their careers busting them, and who have no problem taking their sweet grinding down a whole new crop of workers.

Speaking of Ring’s old pals at Morgan Lewis, the firm has popped up again in another recent labor dispute, this time centered around a revered cultural institution. On May 22, armed with a supermajority of union-eligible staff, the organizing committee of the Philadelphia Museum of Art Union requested voluntary recognition of their affiliation with the American Federation of State, County and Municipal Employees District Council 47. Following two weeks of radio silence, museum management finally responded by bringing in Morgan Lewis, whose website proudly boasts that their goal is to help companies “avoid union penetration, and strategically shape bargaining units to minimize potential union organizing victories.”

They seem like an odd fit for an iconic public art museum, and yet management held firm to their decision—even as Philadelphia City Council members and hundreds of other local supporters urged them to speedily recognize the union. After a month of negotiations (in which management tried to, yes, shrink the bargaining unit), in the midst of furloughs and layoffs equal to 20 percent of its total staff, museum leadership finally agreed to a mail-in election. Votes were due on Thursday, and the results will be counted on August 6. As the museum continues to struggle with a budget shortfall and general uncertainty about its future in the age of Covid-19, one has to wonder just how much money they wasted on this anti-union legal crusade.

But perhaps no recent labor dispute has been as revealing as the one inside the Sunrise Movement, an ostensibly youth-led climate justice nonprofit that vaulted into the public eye with a spate of high-profile public actions aimed at holding Democratic politicians accountable to confronting climate change. The very public firing of Akshai Singh, a queer worker of color who had been involved in an organizing drive, caused an uproar earlier this month, and the situation remains complex. Sunrise representatives have made public statements about their support for a union, but Singh says that management’s behavior behind closed doors tells a different story. At the end of the day, they are still out of a job.

As Singh, who says they filed an unfair labor practice complaint with the NLRB, explains, “It has felt like a blow to receive support and solidarity from the hubs and our volunteer leaders across the country while being thrown under the bus by the ‘Movement Support Team’ (Sunrise paid staff) in a publicly embarrassing display for their organization, and myself.”

While none of these actions is especially shocking in the broader context of the centuries-old class war between workers and bosses, the sprinkling of liberal hypocrisy does add a nice little tang. Union busting has never gone out of fashion, but one would think that at a moment when the progressive left is publicly challenging issues of injustice and discrimination, and the Democrats’ presidential candidate is trying to capture the working class vote, organizations like these would at least pump the brakes a little. But without a radical shift in the way these workplaces operate, as well as the bigger power structures hobbling the labor movement, it’s naive to think that the dynamic will ever change. After all, even a “good” boss is ultimately loyal to their bottom line—and there’s nothing progressive about that. 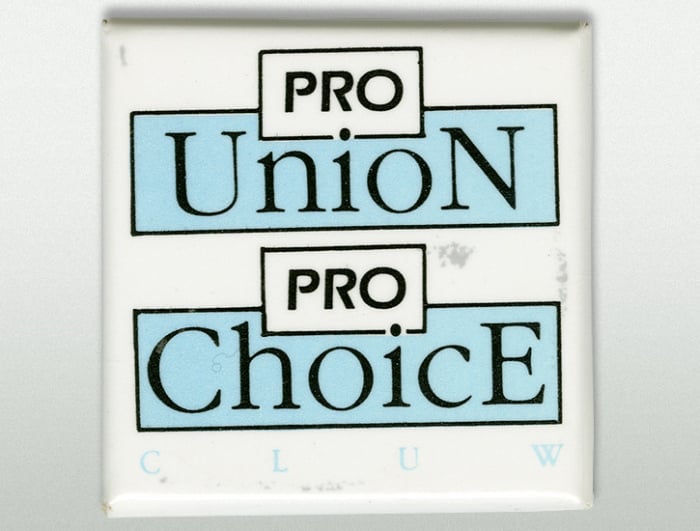 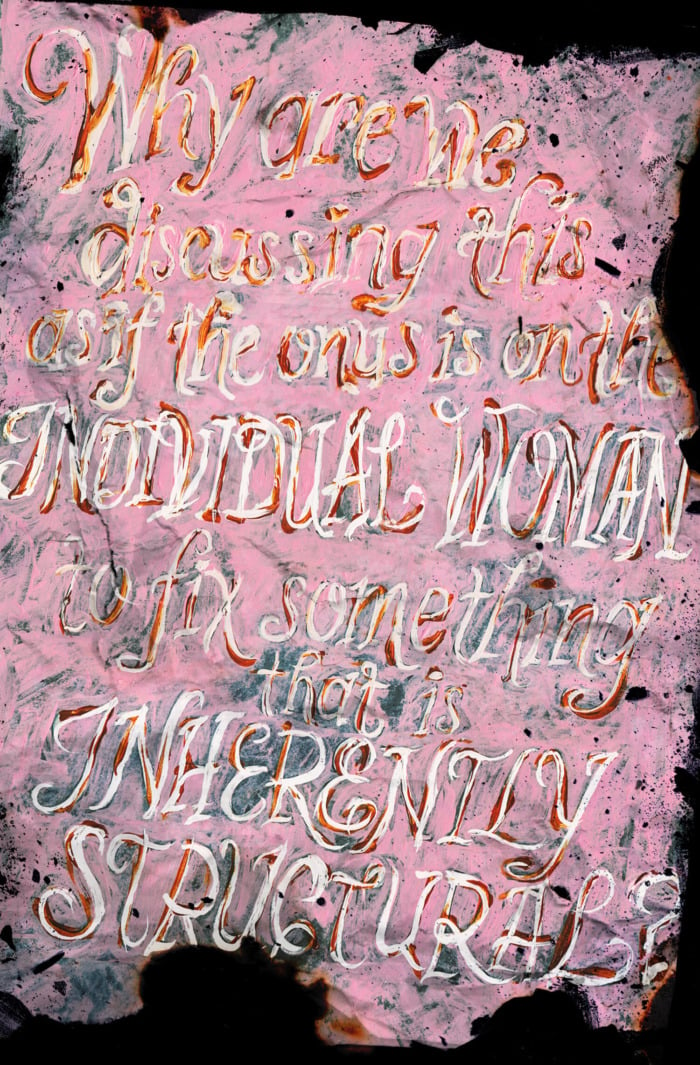 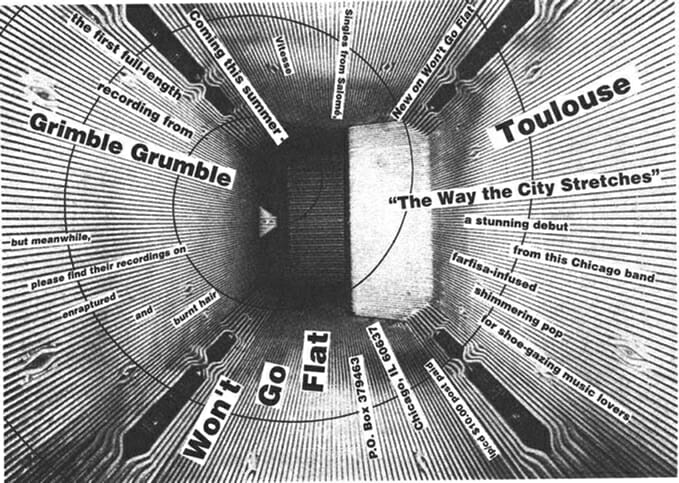