Reproductive rights are under grave threat in this country. Women and gender non-conforming people’s struggle to wrest control of their own bodies from the state is an age-old battle, though in the United States it is often reduced to political football. Abortion in particular has been seized upon by the right-wing with fanatical fervor, with wild-eyed conservative pundits and spittle-flecked clinic harassers long equating a standard medical procedure to “genocide.” This draconian state of affairs has only worsened with the recent death of liberal Supreme Court Justice Ruth Bader Ginsburg, who may have been the final bulwark against the decimation of Roe v. Wade. Now, the Trump administration seeks to appoint an anti-choice religious extremist in her stead.

In this moment of great terror and uncertainty, solidarity is desperately needed among the people and organizations sworn to defend reproductive rights. Reproductive justice advocates of every stripe should be coming together and organizing as though all of our lives depend on it, because they do: not only because of what history has taught us about the deadly consequences of outlawing abortions but also because of the affirmative and preventative services that reproductive health organizations like Planned Parenthood provide, particularly to low-income and otherwise marginalized people (despite the right-wing’s obsession with the organization, abortion makes up only 3 percent of the services PP offers). And yet even with the stakes so very high, some nominally feminist organizations have failed to extend a baseline measure of respect to the workers that make their mission possible.

Criticizing the reproductive justice movement during such a fraught moment can feel like punching down. Yet even the best-intentioned organizations owe a debt of responsibility and accountability to their workers. When they fail to provide that, it must not be allowed to go unnoticed. The current crisis is all the more reason to hold these organizations to a higher standard—and, if needed, remind them of their calling.

“Planned Parenthood has been so focused on fighting against these systems and structures of oppression, they have unintentionally become one themselves,” one former PP staffer told me. “When a mission shifts to ‘winning,’ the organization is laden with productivity pushes, poor staff support, and moral ethics become weakened. I think this is why we hear so often about Planned Parenthood staff experiencing racism and poor working conditions.”

Reproductive justice advocates of every stripe should be coming together and organizing as though all of our lives depend on it.

According to reports from workers and organizers in the feminist and reproductive rights space, racism, harassment, and toxic workplace cultures have remained endemic at these organizations even after extensive reporting at outlets like The Lily, BuzzFeed News, and The Daily Beast has brought these issues to light. Several current and former workers at Planned Parenthood, NARAL Pro-Choice America, and Unite for Reproductive & Gender Equity (URGE) who I interviewed for this piece all made reference to these continuing problems, citing systemic racism, tokenism of Black women workers, transphobia, and unequal power dynamics as major contributors to an untenable environment that some of them tried to address through organizing.

Now, yet another damning charge has surfaced in this world: union-busting.

On September 3, a bargaining unit of eleven staffers at The Feminist Majority Foundation—including staff at Feminist Majority, Ms. Magazine, Feminist Campus, and Girls Learn International—announced their intention to unionize with the Nonprofit Professional Employees Union (NPEU). An open letter to the foundation, signed by dozens of former staffers at FMF, members of allied organizations, and community supporters, explained that the workers were choosing to unionize because they value “intersectionality, transparency, accountability, inclusivity, justice, equity, cooperation, and respect, and their endeavor to ensure a more democratic and equitable workplace is completely in line with feminist ideals.” Unit members told me that they saw unionizing as a necessary step toward true anti-racism work. It all seemed like a no-brainer—workers’ rights and women’s rights are inextricably entwined, and the Feminist Majority Foundation has a long history of supporting labor.

But broadly speaking, the feminist movement hasn’t always operated in an inclusive way. “While feminism has won key victories for some women, it has historically excluded large groups of people, namely Black women, other women of color, LGBTQ people, and other marginalized groups,” says NPEU president Kayla Blado. “Part of the reason we’re seeing reproductive and women’s groups organize is because this exclusionary brand of feminism has shaped the culture of their workplaces, while ignoring the urgent need to address racism, ableism, and other forms of discrimination. Workers are demanding a union so they can shift the power structure of the organization to make it a sustainable workplace for their staff.”

Management at the Feminist Majority did not respond to the workers’ letter until September 18, when their lawyer informed the unit that the foundation would refuse to recognize the union. Instead, they cast doubt upon its legitimacy and demanded a National Labor Relations Board (NLRB) election. By forcing these measures, Feminist Majority Foundation management is engaging in the same dirty tricks that have recently proliferated throughout the nonprofit sector. (The Rewire.News union, for example, won voluntary recognition in 2018 but was hit the next year with a round of brutal layoffs that culled its reporting staff.)

The workers at Feminist Majority were surprised by this response; they felt betrayed that a company whose values they thought they shared was pushing back against their efforts to organize. In 1973, Ms. Magazine cofounder and feminist icon Gloria Steinem became a founding member of the Coalition of Labor Union Women. In 2008, alongside its other labor-related coverage, Feminist Majority ran a story about how women members were driving new union growth. And the foundation’s president, Eleanor Smeal, is vocally pro-union on Twitter. But now, an organization that fights against the Trump administration’s racism and misogyny every day is forcing their own workers to appeal to the mercy of the Trump labor board.

“We believed our unionization would be applauded and seen as an extension of our work as feminist activists, especially since FMF has a strong pro-union stance and legendary labor leader Dolores Huerta sits on our Board of Directors,” a spokesperson for the union explained via email. “We are equally disappointed that leaders of not only FMF—​an organization that so boldly claims feminism—​but also the feminist movement, would resort to such anti-union tactics while maintaining their support for the labor movement in the same breath.”

Unfortunately, this isn’t the first instance of anti-worker behavior within the reproductive or gender justice milieu. Back in 2018, the National Abortion Federation fought a pitched battle against its employees’ union drive with the the Washington-Baltimore News Guild, delaying a crucial NLRB vote. That same year, after staff at Planned Parenthood of the Rocky Mountains voted to unionize with the Service Employees International Union (SEIU), management challenged the results of the NLRB election—and hired a law firm specializing in “union avoidance.” They kept the pressure up locally as well; when a pro-choice candidate for local office expressed public support for the union, Planned Parenthood leadership endorsed her opponent.

The problem is not confined to a single Planned Parenthood branch. In early September, Planned Parenthood’s national D.C. office finally recognized their union after nearly four years of what Ryane Ridenour, a former PP digital campaigns manager who was part of the unionizing effort, describes as “stalling . . . sweeping policy changes, captive audience meetings, and a toxic work culture that impacted marginalized people the most.” And staffers at URGE are still waiting on recognition after announcing their intention to unionize with the NPEU on June 25. They are spreading the good word that #UnionsAreRJ while management tries to shrink their bargaining unit, another classic union-busting technique.

Now, an organization that fights against the Trump administration’s racism and misogyny every day is forcing their own workers to appeal to the mercy of the Trump labor board.

NARAL is largely seen as one of the more trustworthy and even radical names in the reproductive health space, but one former worker I spoke with described an environment rife with abusive behavior and a deeply problematic workplace culture that tokenized Black women employees and sidelined the efforts of NARAL’s staff union. They feel that while NARAL may make progress defending reproductive rights, the organization’s lack of an intersectional framework prevents them from fighting for true reproductive justice—and that other, more grassroots groups have ultimately contributed more to the movement.

It’s all the more disappointing to see this kind of behavior from progressive feminist organizations when there are many others actually living up to their ideals, including a number of other Planned Parenthood branches. There’s been a spate of organizing in the reproductive health and gender justice world since 2011. Way back then, Planned Parenthood of the Columbia-Willamette unionized with SEIU Local 49; they’re still going strong and ratified a new contract just this July. More recently, in 2019, Planned Parenthood of Greater New York staff unionized with 1199 SEIU, the country’s largest health care workers’ union. They have since begun pushing hard for systematic change, starting with calling for the firing of CEO Laura McQuade on the grounds of “abusive behavior and financial malfeasance.”

In 2020 alone, the Center for Reproductive Rights voluntarily recognized its staff union; the National Asian Pacific American Women’s Forum union ratified its first contract; and the Women’s Foundation of California Workers Association began bargaining its first contract. The National Women’s Law Center also voluntarily recognized its staff union, and as Fatima Goss Graves, President and CEO of NWLC, said at the time, “Our vision of a just workplace extends to every worker in this country, including those who work at NWLC.”

But for now, the battle for the Feminist Majority Union—which is now known as the FM Union, after management objected to the original name—rages on. The members have been keeping the pressure up via an open petition and a lively, no-holds-barred Twitter account: the digital picket line of the Covid-19 era. On September 30, weeks after they first asked for voluntary recognition, the FM Union filed for a union election with Trump’s NLRB. They’re standing firm for the sake of themselves, their fellow workers, and the people they seek to aid, even in the face of such dispiriting odds and an increasingly dystopian future.

“Abortion rights are under attack now more than ever, but access to abortion—and reproductive healthcare more generally—has been under constant threat for years,” the union said in a statement. “Right now, the feminist movement needs to be at its strongest possible in order to protect reproductive rights and work towards true reproductive justice, and we firmly believe that unions are a critical and necessary step in reaching this goal.” 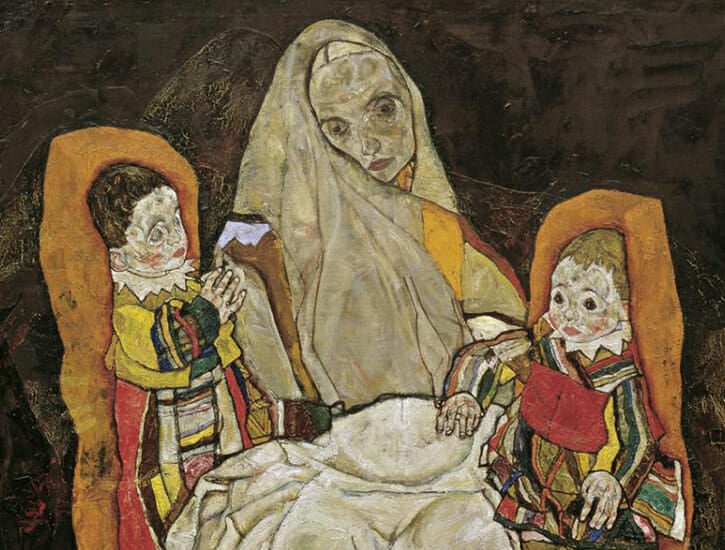 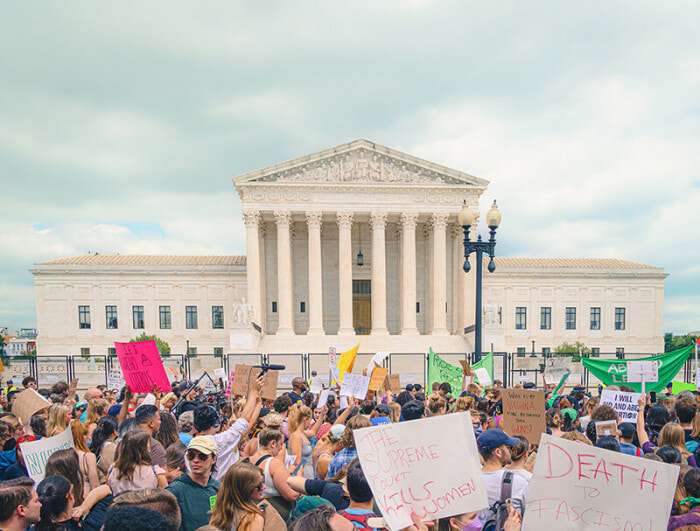 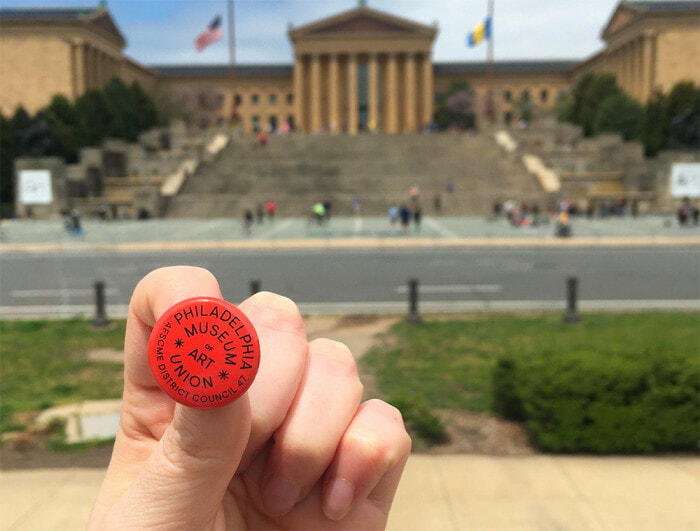