The respected British newspaper journalist Alexander Silveroy Scissors-Tremendously vanished from his room in the Grand Brighton Hotel on the night of Tuesday, September 26, the last night of Labour’s Annual Party Conference. CCTV footage from the hotel shows him entering his room in a state of acute distress, possibly drunk, his hands trembling as he repeatedly slides his key card the wrong way into the door. When police were allowed into the room late the following day, they found it empty: the linens torn and scattered, the windows locked from the inside. There was no blood, no stray hairs, no flies; the room, for all its disorder, was found to be as sterile as a bioweapons lab. The only clue to Scissors-Tremendously’s fate was a handwritten manuscript left damp but legible in the shower cubicle. Its text is reproduced here.

I shall not live much longer. The Cult will find me, of that I am certain. I have seen the true horror that lurks at the heart of things; I have seen the madness that crawls on dagger-pointed claws through the hearts of men. I know now that all reason and moderation is only a tiny, pointless game, the minnows darting between the teeth of some unseen sea-monster, autumn leaves drifting into the inferno of unreason. My world is a nightmare now . . .

It continues in this vein for another ten pages. Moving ahead:

Let me explain what happened. I came here to Brighton in order to cover the annual conference of the Labour Party, as I have done every year for well over a decade. It was here, between these elegant stucco streets, that I once took part in a fascinating fringe panel on “Amputations for Welfare Recipients: An Idea Whose Time Has Come?” with my good friend David Eels, then-MP for Wallowing North, and Percy Slobber, editor of the New Phrenologist. It was here that I watched Tony Blair deliver his famous speech in 2005. His words—“we must have a market for values, and our values must be sold at a fair price in that market, whatever the cost, whether they are valuable or not”—still glitter today. And it was in a Brighton pub that I, eight pints deep and laughing, played a game of “Who’s got the shiniest tie?” with none other than David Miliband. Now all these memories feel like a grotesque parody, an impossible dream that once shimmered in a world befouled by the most murderous horror. Was I dreaming? The world of polite and responsible politics recedes, and in its place a monstrosity draws its inky veil over the same charming lanes I once knew so well . . .

Another six pages. Resuming, towards the end:

. . . to be sealed in the sordid depths of time forever.

My trip from London was uneventful. It was on arriving in Brighton that I found things hideously disturbed. The streets were full of people bearing impossible, non-conference-issue lanyards and strange plastic bracelets around their wrists, stalking hard-faced into the night. I’d never seen any of them before: never at the Groucho Club, never in a BBC green room, never at Moncrieff’s Bar in Parliament. It was as if a deep gash had been torn through the fabric of the universe, and these things had slithered through. They barely seemed human: their faces were unlined, their chins unstained by thirty years of red wine, their shoulders unshrouded by any good, sensible linen jackets. Like terrifyingly automotive dolls. I didn’t know it at first, but I had come face to face with the followers of the terrible Cult.

My world is a nightmare now.

The more I wandered that city, sleeping as the barbarians descended, the more I saw the dreadful machinations of the Cult. Its initiates greeted each other openly with a strange grimace: teeth bared, the corners of the mouth upturned. In dark hidden venues, secluded under informative signs and banners, I sneaked into their councils. They held dances, flickering bacchanalia of lasciviousness and grotesquery, to music that was, somehow, not D:Ream’s “Things Can Only Get Better.” Above and around the din, eldritch words were spoken—“hegemony,” “dialectical,” “solidarity,” “absolute boy,” “big bag of cans with the lads,” “centrist dad”—utterances that, if the philological studies of my youth haven’t forsaken me, originate in the rites of the priests of ancient Uruk. They spoke, as well, of “hope,” which I have managed to translate as the belief that some great cosmic change is coming, one that will shatter the world we have built, this egg of some unfathomable cosmic serpent. They want it to happen. They share in the forbidden joy of this event. I still believe that it can never happen, as certain as they seemed in their superstitions. But what if I’m wrong? What if their embryonic apocalypse is coiled and writhing, right now, beneath my feet?

This Cult is not content to lurk in the shadows. For reasons beyond reason, it was infiltrating the conference of my beloved Labour Party. I saw it in stalls that seemed to have sprouted like deadly mushrooms throughout the conference center, selling its ritual objects and its devotional idols. People walked by—I can only assume somnambulating—as if this were normal, as if people selling political paraphernalia at a political conference could be anything other than a malign conspiracy from beyond the stars or beneath the rock. I saw it in the conference hall, when crowds stood and clapped and chanted before speeches—a grim mockery of the actual enthusiasm myself and my fellow sensible journalists once displayed, in that same hall, for Blair’s judicious policy proposal to let experts from private-sector abattoir firms take charge of the NHS. Worst of all, I saw an entire conference room spontaneously, in eerie synchronicity, sing “happy birthday” to Diane Abbott. I know, from reading and writing for the newspapers, that Diane Abbott is universally despised by every right-thinking person in the country—and yet people were singing for her as if she weren’t left-wing, black, and a woman. As if they liked her. What monsters could commit such an act?

At that point I could take this insanity no longer. Without any thought for my own safety, in an act of sheer valiant thoughtlessness, I leapt to my feet. “Stop!” I shouted. “This is madness! Don’t you see how stupid you are? What about Brexit? What about Venezuela? What about free speech? You should all be in prison!” It was foolish of me to expect that such careful words of reason and dissent would work on these captives. The hall fell into near silence, broken only by the slippery sound of ten thousand inhumanly supple necks twisting to fix ten thousand hostile marble-eyed faces directly at me.

The dark Power in its Pit tugged at the valves and muscles of thousands of throats.

I fled, out through the carpeted hallways and the security gates, out of the Brighton Center, towards the sea. There, the wordless skeleton of the West Pier waited for me, deathly over brittle waves, beckoning me into the abyss. I longed to drown myself, to cleanse the horrors I had seen with healthy English salt. But I am a journalist, still, even now; I have a duty to report the truth. When darkness came I retreated to this hotel, to write these lines. I shall not live much longer. The Cult will find me, of that I am certain.

A last word of warning. Let those that doubt the existence of the terrible Cult heed my testimony. Let them tremble at the words I heard from thousands of mouths, each scrunched up into a hideous grimace as the dark Power in its Pit tugged at the valves and muscles of thousands of throats. Everywhere I went in that cursed city I heard the dread chant of the possessed and the helpless, leaking out from the void. In packed pubs it would burst out the chest of some poor victim, and spread from there, a hypnotic plague. On the streets, people I passed would turn to me with eyes full of ancient malice and mutter its syllables of catastrophe unbidden, and my heart would retch with fear. Surely these people—if they were indeed still people—could not know what they were saying, or why they were saying it. The creed of the Unclean One, the sullen hymn of the universe. Its hideous vowels still echo in my skull. To know its true meaning, I am sure, would drive one insane. Ohh, Jeremy Corbyn. Ohh, Jeremy Corbyn. Ohh, Jeremy Corbyn. 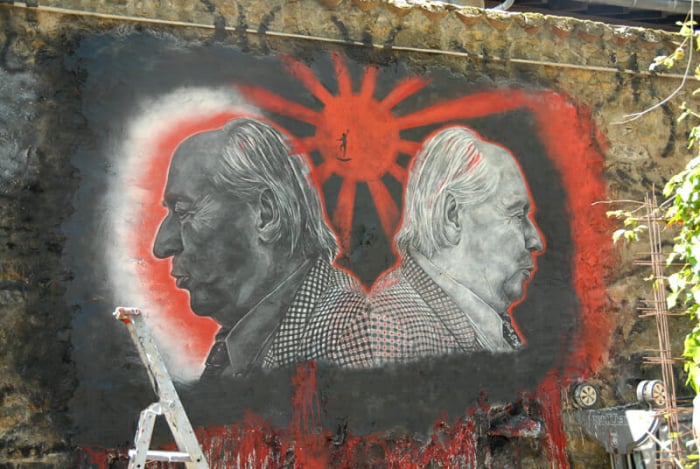 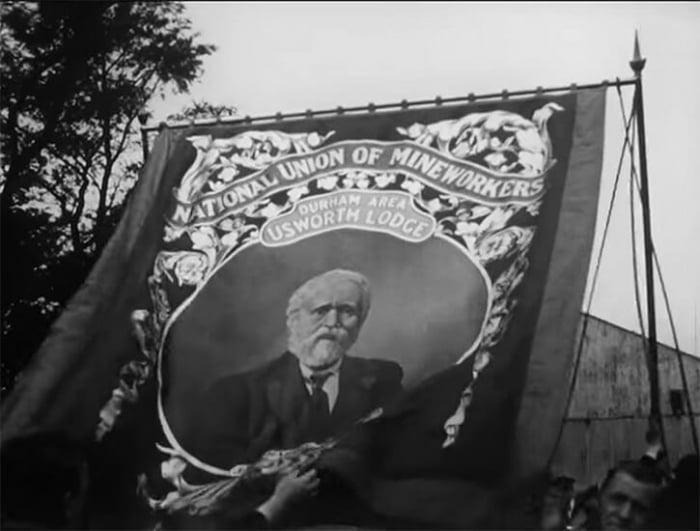 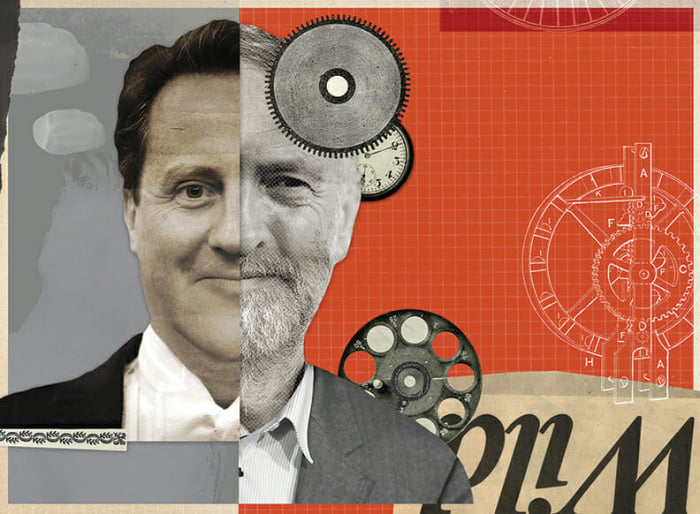