Reuben stared up at the posters. “That’s a strawberry popsicle, right? And what’s that your friend’s got there?” The children silently smiled down.

“Out of a dollar … there you are, five cents change. Thanks kids, and remember to come again!”

The children were the first things he had tacked up; they had been his company during the long weeks he’d spent preparing the store. The gleaming poster faces, an artistic array of ethnicity, each delightedly clutching their booty from the cornucopia of frozen treats. They were an omen, Reuben knew. A sign of the success to come.

Reuben’s eyes flicked impatiently over the body of his store, each flashing glance aspiring to savor every detail simultaneously while at the same time reclining completely in the vast greatness of his dream. He felt a nervous excitement like just before the consummation of a long sought-after love affair. The long weeks spent in isolation stacking shelves, fixing stubborn lights, affixing advertisements, polishing the tired floors. All performed with this day in mind—the opening of Reuben’s castle to the public. Triumphantly he raised the front window blinds.

Outside the morning street was still sleeping. “SALE 2% MILK, 1 Gal. 98¢” the sign above his head claimed. Catching his reflection in the glass Reuben said with a smile, “Thank you, sir, that’ll be a dollar five with tax.”

Standing back behind the counter his eyes traced the rows of candy bars holding the tight line of the aisle. His gaze shifted …Rolaids, Q-Tips, Band-Aids … chilled Lone Star and Milwaukee’s Best swimming in their bargain tub …Chef Boyardee and Campbell’s cans, all stood proudly in their ranks. He lifted his eyes to the shiny conical mirror he had planted just yesterday high in the corner. In it he confidently made out the bastions of beer bottles and boxes that stood solemnly in the cooler. Everywhere his eyes settled he was pleased with what was there to greet him. This store has everything, he thought, truly a convenience store. The word lingered in his mind. In an inspired moment he decided to call his store “Reuben’s Convenience Store.” Currently the sign above the window simply read “Reuben’s Store.” Sighing contentedly he shuffled his feet behind the counter.

His mind wandered; he thought anxiously ahead to that first customer. As so often happened in his imaginings, the mental stream of customers soon melted into one another, each man becoming a legion, each legion an army. In the days preceding today he often saw himself hiring his first assistant—a beautiful union that soon led to marriage and thoughts of expansion. Reuben knew if he moved the rusting steel dumpster outside away from the ice cooler wall he could gain another 20 yards of store space.

The sudden jingling of bells pulled Reuben from his reverie. He turned to the door in time to see a uniformed back moving resolutely down the nearest aisle. Reuben berated his inattentiveness and quickly smoothed down the front of his shirt. Instinctively he ran his hand smoothly back over his scalp, flattening the few stray hairs that connected the tufts nestled above either ear. He focused his attention on the customer who had just turned up the next aisle. Reuben could now recognize that the man was wearing a policeman’s uniform. He beamed at the customer, but his enthusiasm passed unnoticed as the man stooped down to select an item off the shelf. Reuben craned forward.

As the man stood up, Reuben noted with great satisfaction that a package of Twinkies had been selected. He began his practiced speech: “Good morning, sir, and may I welcome you to Reuben’s Convenience Store. It is my great honor to serve you today, sir, and if you may wish any assistance in any way please don’t … ” The man slowly turned his head toward Reuben. The lenses of his horn-rimmed glasses and his shiny black hair, neatly slicked, reflected an annoying glare from the sputtering overhead fluorescent light. The man gave a compulsory smile, but said nothing; then, turning his back to Reuben, headed to the rear of the store. As he turned the aisle and fell out of sight Reuben shifted his eyes to the parabolic mirror securely nestled between the corner and the ceiling. He heard the pucker of vacuum seal as the cooler door opened. 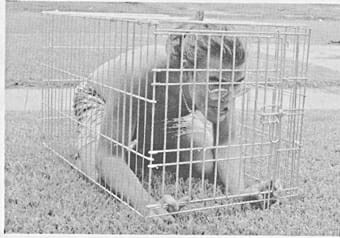 With the light dancing merrily across the badge he wore the man advanced to the counter. A bead of sweat stinging his eye, Reuben noticed that one of the sides of the package of Twinkies the man carried had ruptured from the force of his grip, spilling its creamy contents. Reuben felt as if the man was clutching his heart.In the mirror Reuben could see the distended face of his customer staring intently at the bottles on the rack, and he thought he recognized a distinct but hideously distorted unhappiness beginning to develop. A growing unease permeated Reuben’s being. Quickly he glanced up for reassurance at the smiling ice-cream children; they idiotically grinned their never-changing grins back down at him. Reuben inhaled the consolation, then, fearful of missing a second, shot his gaze back to the mirror. The man reached up forward into the cooler and began aggressively sliding several bottles to one side. Reuben’s unease increased and he began a mental inventory of the cooler’s contents. The customer, apparently unable to locate what he wanted, turned slowly, and, levelling his attention on the owner, began to walk steadily towards him.

“Hey buddy! Where’s your Cutty Sark at, huh?” the man suddenly demanded, startling Reuben to such a degree that he had to ask the man to repeat himself. “Where do you keep your Cutty Sark, comprende!”

Reuben comprehended. He was familiar with the product and somehow suspected the request was improper for a convenience store, yet all the same he reproached himself for failing to provide the requested item. He began a hurried apology: “It is most unfortunate sir … I am very sorry … ,” all the while silently denouncing himself for his pitiful lack of goods. Oblivious to the excuses, the man stood silently and stared at Reuben as he continued to stammer. “ … And, I might add sir that I … ” Abruptly Reuben stopped, suddenly aware of the nakedness of his own voice.

In the weighty silence Reuben’s synapses were firing pell-mell, furiously trying to navigate around an impasse of trepidation. Reuben winced uncomfortably from the glare projecting off the man’s oiled head.

“Hello sir, welcome to Reuben’s Store,” he unconsciously spat out.

“Cutty Sark!” the man shouted vehemently, then returned forcefully to the back of the store.

Reuben picked desperately under his thumb nail and managed a weak gasp as he tried to clear his throat. Any further attempts to mollify the customer might constitute harassment and, Reuben was certain, would jeopardize any possible purchase. Cutty Sark!, he chided himself, how he had so foolishly praised his foresight, his preparedness! Uncontrollably smoothing back his twin furrows with both hands in precise, unified repetition, Reuben stared fixedly at the rack of Texas Pride beef jerky directly in front of him.

Perhaps as a result of his catatonia, Reuben didn’t notice that the customer had ceased ransacking the shelves, had fallen to one knee, and was now, twisted on the floor and rumbling, trying with unfound agility to wrestle off his policeman’s uniform as quickly as possible. Thus it was a great surprise to Reuben when the man, a mighty “S” emblazoned on his chest in a script of old, the tight blueness of his leotard revealing a sizable paunch, bolted out the door. In his hand a Twinkie was thrust aloft, freed from its cellophane, scintillant and golden under the sputtering fluorescence like a well-wrought lance. Reuben stood in silent disbelief amid the chaotically jingling bells, watching the flapping cape and heels streak down the empty street. As, one by one, the poster tacks pulled free from their moorings, he was possessed by the inevitability of his failure. 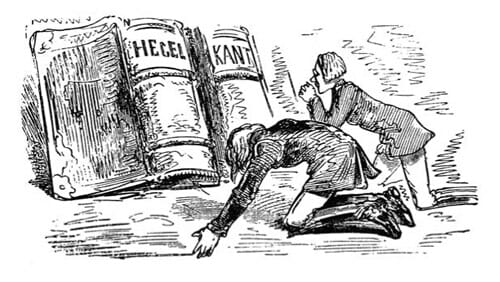 You Said the Lambs Were Ready

Aim behind the ear. Point blank is a mercy.
If this were sacred, we’d let it run freely as it dies.

I Can Drink the Distance

As “a stone in love” with falling, “I wound the water’s face”
Then wear the mask of water all the way. . .

Austria, 1243–1315 Although called a saint by many, the Vatican never recognized her. She was a poor peasant who became. . .

On Covid-19 and the lucrative world of “senior living”