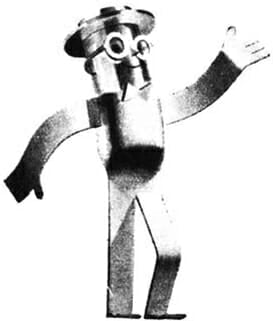 Just off Highway 126 in Ventura County, California lies the town of Piru. Tucked among the orange groves and foothills of the Santa Clara valley, it is a strikingly well-preserved small town, the kind of place urban theorists dream about and on which towns like Disney’s Celebration community are modeled. Piru’s Center Street brims with quaint structures. One rustic clapboard building bears the faded legend “Earl’s Feed and Seed,” and below that, the spunky notation: “Started 1932 … Still Going.” A few blocks ahead is the town’s central business strip, a twenties-era row of ten or so buildings, each with quaint signs announcing “bank” or “barber shop.”

Piru has only one problem. There never was an “Earl’s Feed and Seed.” The bank, as well as the barbershop, is empty. Aside from a convenience store and the honky-tonk Piru Cantina a few doors down, the street is absolutely dead. There is a Twilight Zone feel to the place, as if the town’s residents suddenly pulled up stakes one day fifty years ago and left things pretty much as they were. Or maybe “Potemkin village” is a better metaphor: Downtown Piru, it turns out, exists mainly to provide film and television directors the Mayberry-like small town feel their products require. Whether serving as Athens, Georgia in a film about Tina Turner or as some timeless community in a Disney film, Piru has flourished as a setting for Hollywood productions. And when the film companies pull out, Center Street goes back to being a mostly vacant strip in an economically struggling small town.

Piru’s ties to the film industry go back many years. The proprietor of a local museum showed me a Piru hotel register from 1911 that included the names D.W. Griffith and Mary Pickford, who were in town to make the silent film Ramona. In later decades everything from The Defiant Ones to Murder, She Wrote was shot here. But Piru was also, all those years, a town with a functioning business district of its own. By the nineties, though, Piru’s downtown was a shell of its former self. The 1994 Northridge earthquake dealt it the final blow, rendering most structures on the town’s main strip uninhabitable. Most businesses—including a real bank—closed, unable to afford the cost of repairs. In 1995, Ventura County secured just under $400,000 in federal disaster relief funds for Piru. The buildings were earthquake retrofitted and otherwise made inhabitable again.

But no businesses came back, and Piru’s commercial strip is now basically a federally subsidized film location. “It was not the intent to preserve the buildings strictly as a film set,” says Mary Ann Krause of the Ventura County supervisor’s office. “It’s a kind of result of businesses not moving back in.” Krause points out that Ventura County has targeted Piru as a “redevelopment area,” although options for a small, low-income town made up largely of migrant agricultural workers are limited. The community sorely needs a bank, Krause notes, but banks claim that given the town’s size (its population is below 2,000), even an ATM would cost more to maintain than it would generate in revenue.

So Hollywood is the only show in town: Fully forty productions a year are filmed here. Unfortunately, the attentions of producers and the doings of cameramen do not an economy make. Even though revenue from county film permits ($325 per day) funds a neighborhood council, most of Piru’s take from the industry goes to the owners of the buildings that are used. Not surprisingly, there has been antagonism between the locals, who regard film companies as arrogant interlopers disrupting town life, and Hollywood production companies, who regard locals as greedy gougers, eager to squeeze a buck out of them. A local neighborhood film liaison has helped smooth relations between the town and the film companies, and the property owners who once had to worry about their tenants’ business being affected have warmed to location shooting. “The owners of the buildings aren’t concerned” about the town’s lack of businesses, says one longtime Piru resident. “They’re getting more money now than they ever were before.”

Piru never stars as itself in movies, so unlike the New York of David Letterman or the Madison County of the bridges, it exerts no attraction on tourists. “That’s the whole irony of it—the town loses its identity in the film,” says Matthew Coolidge, director of the Center for Land Use Interpretation, whose group has been photographing Piru’s transformations at the hands of Hollywood. And yet in a peculiar sense the town’s metamorphosis from actual town into film set makes good economic sense—a fact the residents themselves acknowledged in 1995 when they brought in a member of the California Film Commission to advise them on how to make the town a more appealing film location. After all, moviemaking is Los Angeles’s main industry; soon it will be larger than the state’s electronics and aerospace industries combined. Location filming expanded nearly 10 percent in the Los Angeles area last year, and Hollywood’s search for office and studio space has pushed vacancy rates in areas like Burbank as low as 5 percent and nearly doubled rents in some areas. In the new simulacral economy, Piru offers two “comparative advantages”: It provides a cheap setting in which to “outsource” place, and its look can be easily altered to suit specifications.

“The real now imitates the imitation,” writes architecture critic Ada Louise Huxtable in The Unreal America. “Towns are remaking themselves, and developments are casting themselves in the theme park image, given a stage-set presence from a look to a complete concept carried out to the last ‘authentic’ touch.” The movies dress up Piru in the guise of some fictional place, while other towns dress themselves up to present a commodified version of their own history that makes the town look like a film set. Oddly enough, what makes Piru (described in one newspaper account as “cut right out of the American dream”) so scenic and desirable is its economic stagnation, which has kept the growth (read: sprawl) that marks so much of the county from encroaching on its small-town charm.

Where Piru has a real history, other new developments springing up across the country come prepackaged with their own imagined histories. The new Andres Duany-designed development of Riverside in northwest Atlanta has invented a history for itself going back to the Civil War. “We’d love for that history to be true. But we didn’t have the history here, so we’re creating our own,” a resident told the Wall Street Journal. Conveniently located near high-tech job centers and good schools, imagined communities provide instant roots and tradition. It’s only a short step from there to the “imagineering” of the film studio theme parks, where sets that only existed as fiction can be visited as real places.

As I pulled out of Piru, the parking lot of “Earl’s Feed and Seed” was playing host to a three-person crew filming a music video. The singer strummed a guitar under the faded sign, no doubt in search of an authentic, down-home backdrop for the global marketing of his music. But how strange is all this, really? The layout of Los Angeles itself was determined by the spatial needs of studio lots, where outlandish vernacular architecture reigned supreme, and where a film company recently built a shopping promenade that re-created a “real” Los Angeles street. In Piru, this logic is simply coming home to Mayberry. As small towns struggle to find new sources of wealth in an economy of images and information, it comes as no surprise that their look should prove their most tangible asset.

For a very brief period not too long ago I was the “chief of research” at a glossy yet rugged men’s lifestyle magazine.

They Built the Fjords

Episode 1: Amber and Sam get the measure of the last fortnight's most important news, covering everything from Trump's to Mark Zuckerberg's presidential potential.