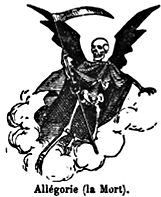 Spiritual enrichment of the non-monastic sort comes in all variety of human packages these days, from the mud-streaked weekend shamans who pass “talking sticks” to the readers who faithfully run up the best-selling statistics for The Celestine Prophecy. I quickly find myself amongst a small minority, however, when I declare the hangover, that much-maligned malady of the engorging classes, to be the clearest window onto my inner self, the one device through which all my pretensions in the material world are brought to a crashing halt—when I realize that the phlegm-sodden sack on the bed is me, and will continue to be me, until I take the soul-strengthening steps necessary to overcome my inner malaise; and, moreover, that it is some higher power that has paused all my aspirations and human potential, and not without reason. Suddenly, seeing the error of my excess, I am “embraced by the light,” as another best-selling New Age book puts it, and I begin to think of all the steps I could take on the road (less traveled) to self-actualization, if only I didn’t feel so god-awful.

That’s why Skyy vodka, the recently introduced brand with the astonishing claim of being “hangover free,” so rankles my sensibilities. Granted, the makers of Skyy have secured a rather obvious marketing hook. After all, one could hardly succeed with an ad slogan that guaranteed a hangover—just imagine: “Tanqueray: How Refreshingly Debilitative.” But for some hardy souls, who find meaning in the staggering headache that comes after a night of expansive drinking, who seek redemption and atonement in the cruel morning after, and who rejoice in what Kingsley Amis called the “metaphysical hangover,” Skyy threatens to disrupt a ritual as cyclical and necessary as nature itself.

Like non-alcoholic beer, decaf coffee, low-tar cigarettes, and self-help books like Eat More, Weigh Less, Skyy vodka is built on that distinctly American quest to find magic formulas to indulge more and suffer less. It’s the Laffer Curve—that Reaganite shibboleth of raising revenues while cutting taxes—charted in the barroom. Had the brand not been introduced so recently, in fact, we could say with some assurance that it must have been Skyy that inspired our zero-consequences friend Arthur Laffer to the legendary act of penning his supply-side Ponzi scheme on a cocktail napkin.

Skyy is an enticing solution to a problem that need not exist in the first place. But in the world of marketing, the success of any nostrum depends on its seller’s ability to package the supposed disease—as well as the remedy. What else, aside from its blue bottle, could distinguish Skyy from the already saturated vodka market? Certainly not the name, which smacks of suburban heavy metal bands and the faintly Scandinavian frigidity to which all vodkas aspire.

No, the makers of Skyy have gambled on a peculiarly ’90s vision of drinking and its aftermath. In fact their ads don’t actually use the dreaded term “hangover.” Instead, one ad begins “If you’ve ever had an alcohol-related headache…,” which cleverly and subtly shifts the burden of responsibility for the hangover away from the user—it’s the alcohol’s fault! It’s not that laughable. Someday you too may find that when your pathologically beaming neighbor walks over and asks, “Why, what’s the matter, old sport—feeling a bit hung over?”, it’s far more empowering to retort haughtily “No, in fact I am a victim of an alcohol-related headache, which means I am also suffering from severe desiccation, heightened surliness, etc. etc.…” It may be the poor cousin of chronic-fatigue syndrome, but it has a pale hue of respectability.

Skyy is the tonic for our times. Martinis are back in, the papers tell us, and the hip in Manhattan now make Thursday the high point of the week. But you can’t show up on dress-down Friday morning carrying a recreation of the Battle of Agincourt in your head. So drink Skyy. Lounge singers are back, MTV tells us, part of that latest breakaway republic, the insurgent “Cocktail Nation.” We are all getting real jobs, real benefits, and, thanks to the good graces of national marketing campaigns, real drinks. And we want it all, without the damning consequences. Thus the brand’s name itself becomes a badge of white-collar hip, as in the “Skyy Blue Martini,” a curacao-tainted, carnivalesque drink the color of blue sno-cones. I had one the other night sitting in a vastly overdetermined bar—fake books on the wall, a Belgian bartender, and more recently acquired lifestyles than you could shake a swizzle stick at. It was a kind of Starbucks for the young fogey set, an archly contrived den of decadence where young achievers sat earnestly discussing memorable cigar purchases.

Skyy’s marketers, touting the intensive purifying techniques used during the distillation process, would surely like us to believe they are marching lockstep with the drive for clearer and more natural products. But if one is being healthy and moderate why even worry about a hangover? Let’s face it—if an evening cocktail leaves you saddled with a hangover, you probably shouldn’t touch the stuff in the first place.

No, Skyy vodka hints at larger appetites. Make every weekend a Lost Weekend, Skyy promises, but still crawl into the workstation on Monday morning and hang with the highly effective crowd. It’s the liquid equivalent of the rave culture’s favorite drug, Ecstasy, whose concentrated high burns off quickly, leaving no marks or thorny trips to wriggle down from: the perfect flexible, manageable narcotic. The hangover, on the other hand, is an inconvenient relic of an age of questionable habits.

There’s certainly nothing pious or heroic in a hangover. But, trapped in its clutches, you can begin to see it as a wonderful counterbalance, an essential link in the rhythm of life, a stern ebb to an indecorous flow. The hangover is what prompts you to vow, as you fester with your cellmates in that island sanitarium of the demetabolized, “I will never drink again.” Without its vengeful wrath, only guilt would be left to direct us to moderation. For Jack Kerouac, Dylan Thomas, and countless others whose lives met premature and tragic closures, the end may have come even sooner had they never had to cruise the ghastly straits of detoxification. And what of the proud, local folklore of the hangover remedy, or the pathetic morning embrace of the “hair of the dog?” Would the word that has been used so aptly to describe the aftereffects of sprees like Laffer’s 1980s slowly lose its resonance and vanish?

The hangover is a rich but undervalued element in our culture. In the literature of every age it provides a handy narrative device for slowing down the action and bringing the most elevated characters to a place we’ve all been. In Lucky Jim, for example, Kingsley Amis expertly captures the moment as the novel’s cheerfully bumbling protagonist awakens after a sordid escapade:

The light did him harm, but not as much as looking at things did; he resolved, having done it once, never to move his eyeballs again. A dusty thudding in his head made the scene before him beat like a pulse. His mouth had been used as a latrine by some small creature of the night, and then as its mausoleum. During the night, too, he’d somehow been on a cross-country run and then been expertly beaten up by secret police. He felt bad.

Amis, the poet laureate of the hangover, was one of the few to fathom its intricacies and divine its transcendent qualities—to find, if you will, the spiritual in the spirits. The hangover, he wrote once, is no mere physical affliction, but a “unique route to self-knowledge and self-realization.” This is usually lost on sufferers of the “physical hangover,” obsessed as they are with feeling fresh again. But as they spend the morning shuffling through the Sunday supplements, unable to finish the simplest articles, drinking tomato juice as the sunlight stalks the living room floor, on come those colossal feelings of guilt, inadequacy, and shame—the metaphysical hangover. The best, and really the only, cure for this condition is to simply acknowledge your physical hangover for what it is, rather than attributing these unsettling thoughts to your job or to your relationship. As Amis puts it, “He who truly believes he has a hangover has no hangover.”

And those who believe they do not? Rousingly will they go on, with no dues to pay save for one giant installment down the road, when all those painless mornings come crashing down in the finality of a doctor’s prognosis.

But to Skyy’s chagrin, those jackbooted thugs over at the Bureau of Alcohol, Tobacco, and Firearms took issue with the vodka’s hangover claims. Now Skyy’s ads must take a cheeky libertarian posture and refer to how they can’t mention what the vodka won’t do to you.

The makers of Skyy would have us believe that hedonism is a one-night, disposable affair without repercussion. But all vices have their consequences, and seeing the hints of physical discomfort in those consequences appeal. By taking away the drinker’s spiritual pilgramage back to good health, Skyy leaves its users with a strange sense of emptiness. That glass of Skyy the bartender pushes your way is only half-full.