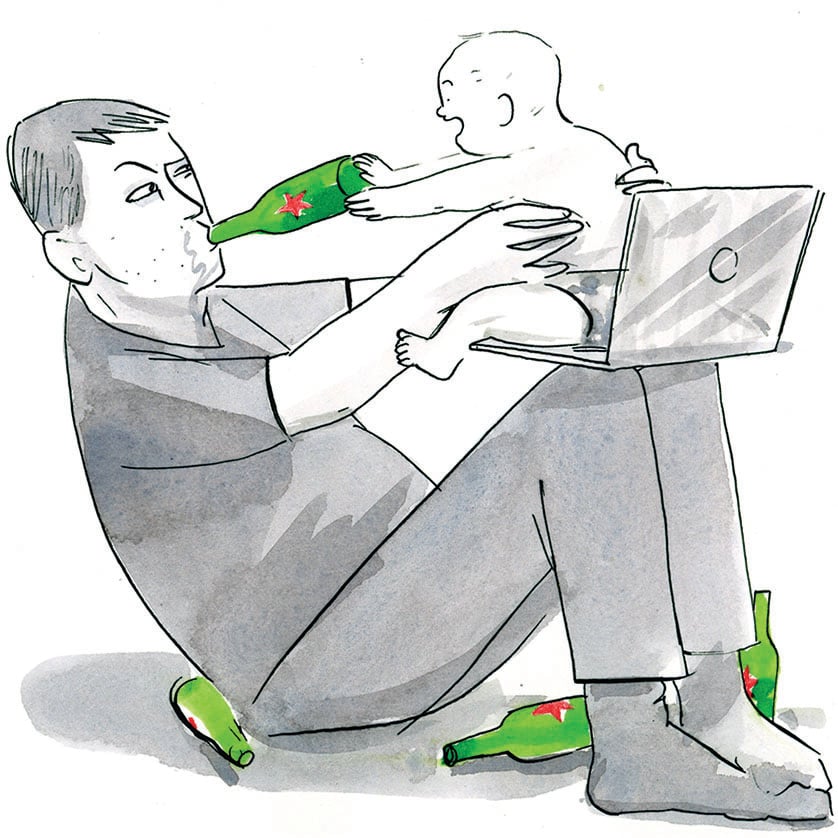 Sometime in 2011, before the gestation of my second son, my employer, Boston University, implemented paternity leave for its male professors. A colleague informed me of this news with much envy and astonishment: his four young children had been born before BU joined the twenty-first century by electing to give to fathers the same benefits it had been giving all along to mothers. I’m not certain how this enlightened advance came about, but I instantly pictured a phalanx of ultra-modern men parading down Commonwealth Avenue, jabbing placards that read “It’s My Seed, So Give Me Leave,” or some such slogan.

BU doesn’t actually advertise this lofty development as “paternity leave”; after all, some of the men I know there might begin impregnating people just to earn a semester off with pay. Instead, and in typical bureaucratic form, school administrators call it “workload reduction.” Maybe it was the euphemism that misdirected me, for my workload reduction led to my being loaded, and reduced, in quite a different way from what “paternity leave” would have intended.

All day long, while not-writing my novel and not-feeding my newborn son, I looked forward to drinking.

When Pascal suggested that humanity’s strife stems from our inability to sit quietly in a room by ourselves, he neglected to specify what happens when one rolls a few barrels of alcohol in for company. I cannot say precisely why my “workload reduction” coincided with my “drinking problem,” except suddenly I had so much time. Okay, the university made me sign a document that swore I’d be incurring more than 50 percent of parental duties. But let’s be honest: even in self-consciously progressive households, it’s a rare new father who does as much baby work as a new mother.

I was bushwhacked by this surfeit of free time, unprepared for the realization that I required a job other than writing to provide me with some psychic equilibrium. I am not alone in this regard: think of the tremendous ennui and the earthquakes of personhood that can occur when men are laid off or retire. After my grandfather quit working in his sixties, I’d often catch him standing in the basement, staring at a cinder-block wall.

My son was born in March, and my sabbatical went from early May to mid-January, which, in a tidy coincidence, is nearly nine months. But since his care was taken care of by his mother—whose apparent willingness and capacity to do almost everything for him flooded me with awe—I spent those nine months trying not to be bored while not writing a novel that was coming due. (No novelist who recognizes the unholy hardship of writing a novel ever wants to write a novel.) Hey, the proper dose of lager seemed to slacken my body without sapping my mind, and all day long, while I was not-writing my novel and not-feeding my newborn son, I looked forward to those drinks with a religious panting.

Yes, I know: the proper dose is the entire problem. My intake increased until I was imbibing amounts that once would have pickled my innards. One summer weekend I finished an entire case of Heineken. My wife and I couldn’t figure out where the beer had gone until we realized that I’d drunk it all.

There came, of course, the medieval hangovers that vanquished entire days. Sleep interrupted by migraines and dehydration that felt downright malarial. Iffy decisions involving the diaperless infant on an antique couch. Puffy face and puffier physique. Aches in the liver region, nights in the living room. A first-name basis with the Visigoth at the liquor store. A propensity to click “send” without reading what I’d written. Friends just itching for an intervention. I kept waiting for a knock on the door from the university officials who had so generously granted me a workload reduction. But they never came for me.

You’ve no doubt heard a life with spirits described as a love affair—Caroline Knapp’s famous memoir, Drinking, is subtitled A Love Story—but all one-sided love affairs wind up in calamity. What starts as a blessing often ends as a blight, and the trick is to dodge that blight, or hope someone yanks you out of the way before it descends. I tried several times to quit, but found that I didn’t really want to, and not because I needed “wine talons,” Hart Crane’s term for those alcoholic claws that let a writer clasp the Muse. No, drinking simply made me happy before it didn’t. It ended when my paternity leave ended, when my surfeit of time was no more. I’ve never been so pleased to see the inside of a classroom.

My wife wants another child now. People like to ask if we have the income for that. I tell them it’s not my income I’m worried about. 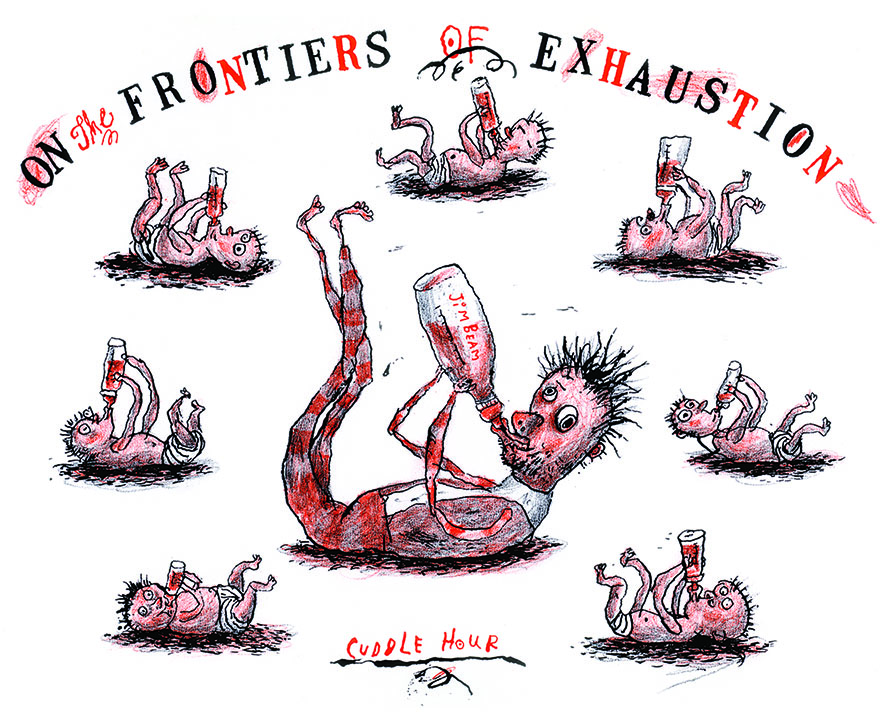