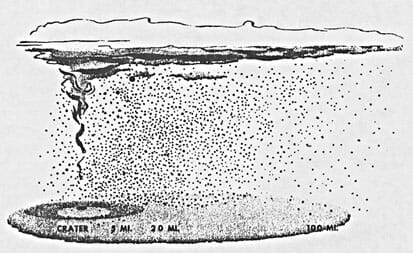 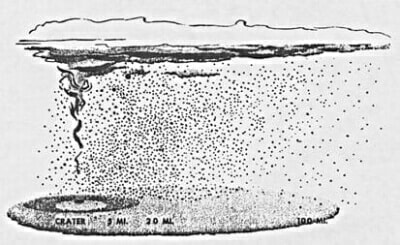 Pure punk rock fueled by hate. Darby Crash does a growl that might be “supposed to sound tough” in a world where pain wasn’t such a big deal and cars weren’t something to be afraid of. But the Germs lived in Los Angeles, and it sucked, and Darby understood JUST WHY it sucked. This record lets you in on it and makes you want to split your head open upon realization. They repeat riffs until you want them to stop, then they keep doing it, droning and sounding awful. “This part doesn’t ‘rock,’ man …” Then they break back into a hot, chunking beat that hurtles forward into some sweaty, genuinely bad and useless place that you want to follow them into, Darby spitting words in what’s, yeah, a FAKE punk voice, a snarl that he just made happen by contracting his throat more than normal and pushing the air through. If you were so squeezed by hate and understanding that you could not speak about it without wanting to vomit, then the only relief would be to sing like that. Like speaking through teeth filed down to points? Although he never did that to himself, by the end of the record you’ll never ask “why would anyone do that to themselves?” again. This makes it all too clear.

Distribution mastermind Scott Sendra (who’s also in the unbelievably great Down) carefully kept this record under wraps for the coming Gates-Drive-by/Clinton anal rape send-up of American manhood that’ll unseat the Great White Phallus as it makes Apollo 9 bigger than Nirvana could imagine. In the meantime, it’s kind of hard to explain the fact that the best single of the year (next to Specula vs. the Drug Czar) has only sold 35 copies. Just wait, girlfren! One clean, chiming guitar and one roaring amp that used to fuel the Crucifucks blend with a woman’s lilting voice and conjure more sweetness and frustration than anyone could feel: completely staggering.

A clumsy and ugly packaging job around absolute, uncompromising music: “the angriest hardcore I’ve ever heard.” The tracks from the Tied Down LP also embody perfect metal production, the slap of the drums and clear twang of the bass already show a crispness alien to hardcore’s blithering blur. Negative Approach’s decline, the months when Brannon kept getting new musicians to keep the name going when the band had died, turns out some interesting, fast gurgling noises I’d never heard (but interesting is different from good). The early live stuff eats all industrial music alive, total violence drowning itself while the song somehow keeps going. Most spelling errors in a single published paragraph ever from Tesco.

Specula, Vs the Drug Czar

Single of the period-year? minute? century? This is the single of the nineteenth century, with Spectreman’s bizarre inventorly contraptions, hideous novelty instruments designed to strike fear into every dolt with a fancy guitar. The Powerful Chest eats Fender Jazzmasters for breakfast. Monstrosities crammed in the attic laboratory, Specter strides forth into the daylight with the most amazing jerky, splintering guitar sound since old Halo of Flies. This is a noise that skitters, wobbles, then punches Motörhead out cold. The A side details the ’90s terrorist scene: the drug war is “just another fucking war” while the flip “Kinky Surprise” drips suburban swinger menace. More proof that you don’t have to be a Nazi to rock.

Tsunami, (some fucking dull single on some boutique label that I haven’t bothered to listen to)

“I say punk rock means cuddle!” Apparently some of the guys around the DC scene haven’t agreed with you on that point in the past, Jenny. Live, this band altered my brain into one of those malfunctioning cassette decks whose record and erase heads are simultaneously engaged. To hear it is to forget it.

A breezy, uncluttered sound, a gutbucket thud, melodies that sometimes evoke soul music as easily as punk rock, this band sounds like they could put Billy Childish six feet under without even wanting to. I wouldn’t say this is any more authentic, unpretentious, or raw than any decent oi band—they’re just doing what they like. But like CCR, the Boredoms, or Sly Stone, they’ve got a clear idea of what they want out of music, what they want to make music do, and so you get a weird sort of glow from the songs, a sense of vision. In fact, it strikes me that the two bands they sound most like are Pussy Galore and Beat Happening.

The reason why it seems funny to compare them to those two bands is also why the Gories will never be as popular as either. It’s no big tragedy, but it does say something about how people look at music. Beat Happening and Pussy Galore had vibrant concepts that you could buy into: they were both good packages. Shit, I was into both of them. The Gories may have one too, but not one that’s been publicized to me, the underground public, and that’s the issue. I couldn’t take a side, like I could with Beat Happening or Pussy Galore, to pretend that nice stuff was happening for the first time or dig drawing dead signs in the dirt. Both of the better-known bands projected an unusual and easily identifiable personality, while the Gories look like they’re being and pleasing mainly themselves. They’re a lot harder to put on and wear.

Bright, funny reflections on being mad and letting your head soak. There’s a really good reason why good rock bands like this can’t stand having verses, choruses, verses, choruses, marching on to your needle picking up and going back to its resting place. It heightens the sense of claustrophobia and predestination that comes in playing the same kind of music as Dinosaur and Husker Du. We’re going to end up liking the songs for some of the same reasons that the band likes them and that Husker Du and Dinosaur made that kind of music. This is called convention, and it does have a depressing quality. Sure, there’s plenty of things you could talk about where you’d naturally want to break out into a sort of melodic yell that you repeat every 8 or 16 bars as your feelings climax at prearranged intervals. But there’s a lot more you could cook up to fit that, or just do it and see what you end up saying. Strangely enough, it’s always the kind of thing you could shout to about 50 people while holding a bass covered in duct tape. Resist it as you will, there’s that sort of payoff lurking around the corner. Or else there’s fucking art-rock, for shit’s sake.

Greil Marcus, I’ve Been Hosed by One Revolutionary Pop Star Too Many

Sort of gross to realize that the sort of delirium Marcus could conjure up in Lipstick Traces was induced by exactly the same little bag of tricks that here gets dumped on almost every single band he writes about. Fleetwood Mac opens up a space for a conversation between people who could never meet except here where the pronouns have antecedents in hell. The only thing worse is the suck-the-juice-through-the-jeans-of-the-status-quo pop “sociology” (Marcel Mauss would never have returned Simon Frith’s phone calls) of his friends. Neither Christgau nor I really know what the fuck people are thinking when they listen to fucking Ice Cube records.

So come off it, you pretentious windbags. You have staked your careers on music that means dick, and you must defend its complexity to your dying day simply so that more words, by which you are paid, can come out of your mouths. You ARE the culture industry; you ARE corporate-sponsored entertainment; you are precisely EVERYTHING you now claim to stand above and wisely, lovingly judge and which you once claimed to simply and passionately hate.