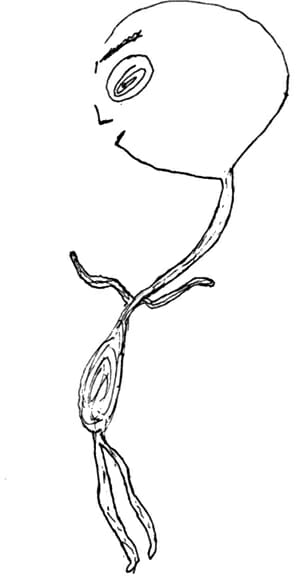 An old man slumps before the screen

stiff fingers fumble with the switch,

labor to rewind the worn print.

When he is ready, film lashes

its licking tongue across the light

and a young man and woman appear:

he, groomed and tucked in a grey tuxedo,

she, smoothing a pearl-seeded bridal gown,

The projectionist rises from his chair–

superimposing a young man’s features on it.

Squinting into the glare, he smiles,

watching as the celluloid lover wraps herself

intangibly in her husband’s arms.

He inclines his head toward her face

until her pursed lips rest on his cheek

and, whirling in her arms, he begins to cry–

“That a really accurate calculation or estimate may not exist, that the procedure is pure guess-work, or simply traditional. . .

Like other gourds / chayote has a sprawling habit / and should only be planted if / there is plenty of room in the / garden.

The period hasn’t been invented yet.
Scribes in Greece went back the
opposite direction reaching the end
. . .