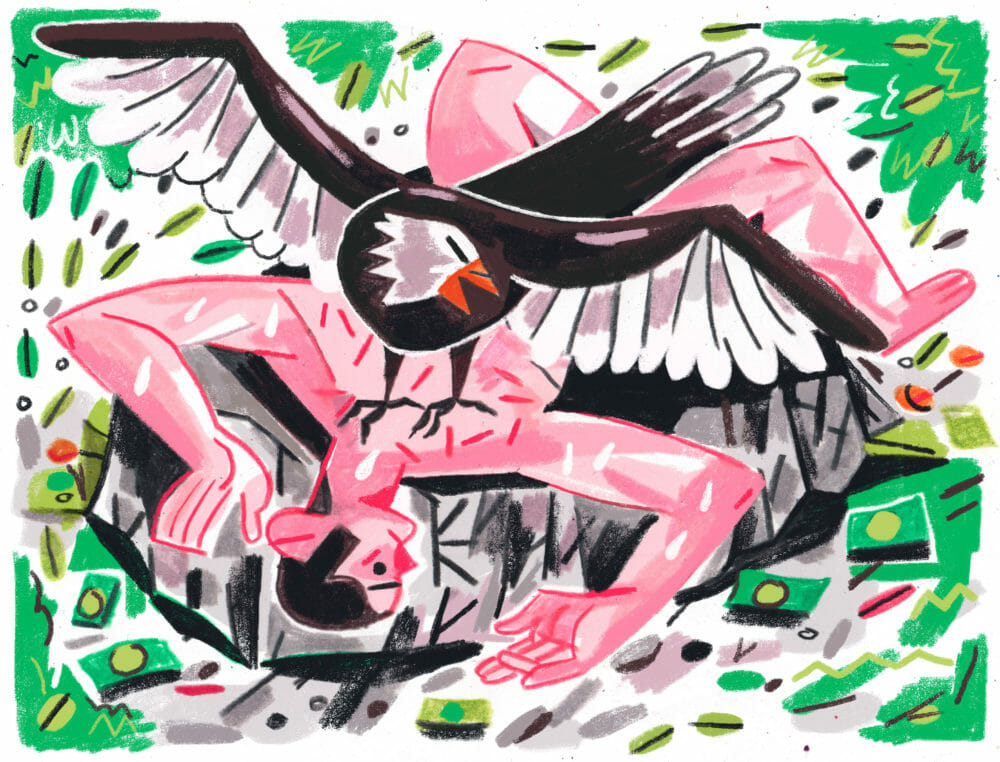 One strand of Enlightenment political thinking holds that publicly available information serves rational debate for the good of the republic, and therefore leakers and whistleblowers bolster the public interest by bringing uncomfortable facts to light, often at great personal cost. Whatever its merits, it’s a familiar story. The idea that the disclosure of information inevitably provides a social good, even—or perhaps especially—at the risk of the messenger’s martyrdom, is deeply rooted in our culture, from Prometheus to Jesus to All the President’s Men. But it’s a narrative that we should stress-test against history. In doing so, we may find that what burns up was never worth keeping, and what remains is precious.

Leaks are always political, never disinterested. To this end, the documented uses of Beltway leaks are many: the leak as trial balloon meant to gauge public reaction, the leak that calls for a superior’s attention when official channels have otherwise failed, the leak meant to undercut a rival, the leak that lobbies for more government funding. Although leaks of classified information have come to be associated with the civil-libertarian, antiwar left through Daniel Ellsberg and Chelsea Manning and Edward Snowden, they can just as readily be pro-war. This was decidedly the agenda behind the leak of five thousand classified documents by Charles Radford, a young National Security Council aide, to Admiral Thomas Moorer, Nixon’s reactionary Chairman of the Joint Chiefs of Staff, who sought to reverse the retreat from Vietnam. What’s more, antiwar leaks can be pro-fascist. Between 1939 and 1940, young American foreign service employee Tyler Kent, friend of anti-Semitic and pro-Fascist groups, leaked classified information with the purpose of undermining Roosevelt’s move to a war footing.

The urge to shine a light into the darkness can be well intentioned, and yet by itself, transparency for its own sake is risibly inadequate as politics. It often amounts to an empty proceduralism in search of substantive goals; or, worse, it unleashes all manner of nastiness under the pretense of disinterested knowledge-seeking. Consider Julian Assange, whose WikiLeaks has published a wide variety of “content”: the private emails of climate scientists, who were then spit-roasted in the right-wing media as hoaxing conspirators; Chelsea Manning’s gift of the Iraq and Afghanistan war logs, which brought badly needed scrutiny to those wars; the contact information of thousands of Turkish women; the private emails of the Democratic National Committee in the run-up to the election. All of these leaks were justified on the grounds that the disclosed files and documents were authentic, end of story. “Nihilism” is too grand a word for this willful naiveté; it’s more an attempt to fill a void of substantive political belief with a self-serving ambition to stay in the news at all costs.

The religion of leaks inculcates a belief in the messianic power of a coming truth, yet the truth is often politically irrelevant.

The truth didn’t matter in 1215 when Guy de Montfort pleaded with Pope Innocent III at the Lateran Council to call off the Albigensian Crusade, a fight waged against a Catharist heresy that never existed. Nevertheless, this fictional menace to Christendom furnished the justification for the conquest and absorption of Montfort’s fiefdom, while also doubling as a pretext for the Vatican to flex its doctrinal orthodoxy.

Nor did the truth matter in 1594, when a hapless baker was passed off as Dom Sebastião, the long-lost King of Portugal, a monarch who had disappeared in a failed military campaign in Morocco sixteen years earlier.

This secret-mongering can lead to a passionate but misplaced faith in transparency, an emphasis that can become a distraction.

The imposture was ridiculous on its face, but it lasted surprisingly long, as it suited powerful dynastic interests on the Iberian Peninsula.

Even today, in our literate, middle-class society with its pretense to formal equality and citizenship rights, the truth is often elided, ignored, or instrumentalized. In his enlightening and disturbing book, Intelligence and U.S. Foreign Policy, CIA analyst Paul Pillar examines a dozen postwar U.S. foreign policy crises and finds that, in every single case, the input of the intelligence agencies did not result in more refined policy but in more politicized intelligence. Of course, many U.S. senators who voted for the Iraq War have since exculpated themselves (and each other) by blaming “bad intel,” but this will not do. Those who read the National Intelligence Estimate, available to senators at the time, would have noticed the operational ties between Saddam Hussein and Al Qaeda were nonexistent. One who bothered, Bob Graham (D-FL), reversed his position and voted against the invasion.

The truth is often perfectly impotent. In early 2003, some 70 percent of the United States believed that Saddam Hussein helped perpetrate the 9/11 attacks, and that the impending invasion of Iraq was justified, at the very least, as an act of vengeance. Yet the British intelligence dossier on Iraq’s weapons of mass destruction presented by Colin Powell to the U.N. was revealed—before he had left the building—as a sloppy cut-and-paste job of documents easily found on the internet.

In our thrillers and spy dramas, information—especially in the guise of a secret—is imbued with a symbolic and narrative sorcery, the stuff of miracle MacGuffins. Take the magical fax sent by Joan Allen’s virtuous CIA officer at the end of The Bourne Ultimatum; or, more ambivalently, the open-ended close of Three Days of the Condor, which has Robert Redford sending evidence of homicidal mayhem on the part of our national intelligence agencies to the New York Times. The plot becomes nothing more than the revelation of a plot—a dark scheme or conspiracy.

In historical reality, leaked secrets are often dud MacGuffins. In 1958, Henri Alleg’s sensational account of torture committed by French security forces in Algeria did nothing to slow the mother country’s grinding counterinsurgency war. And, in 1979, the thousands of CIA files released by Iranian revolutionaries who took over the agency’s Tehran station did nothing to deter Washington policymakers from imperial meddling in the Middle East.

And secrets are routinely overvalued at the expense of publicly available knowledge. It is consoling, the belief that the glorious revelation of some state secret will liberate us from injustice—or at least from our depoliticized torpor. This idea is undeniably flattering to intellectuals: it puts them on history’s center stage as fire-bringers, deliverers of catalytic, even volatile, truths; it also saves face for The People, whom intellectuals imagine would flock to the side of justice if they only knew the right secrets.

This secret-mongering can itself lead to a passionate but misplaced faith in transparency, an emphasis that can become a distraction. Consider how much the dominant critique of Washington’s drone strikes focuses on the “lack of transparency” that engulfs their planning and execution. Fair enough: Washington should be more forthcoming about its general conduct in a growing number of counterinsurgency wars. Still, do we have any reason to expect that greater transparency would change U.S. drone strike policy, given how popular it is among Republican, Independent, and even Democratic voters? And don’t we already have enough information to make a decision about the moral and strategic imprudence of drone strikes? In practice, the fixation on transparency can work to defer decisions that need to be made now, displacing onto procedural issues of disclosure the substantive conversations—about violence, material interest, morality, strategic goals—we find more difficult.

Against this harsh reality, a faith in the salvific powers of public leaks flatters the vanities of those who conceive of the Truth as a vault of secrets. In the Western philosophical tradition, the wise man (it was almost always a man) was presumed to have won privileged access to aletheia, one classical Greek term for truth, the etymology of which denotes something unconcealed, a thing literally pulled out of the Lethe—or oblivion. Aletheia is a matter of economics: there must be scarcity value attached to information known to a scant few—even if the “few” who hold “top secret” security clearance in the United States number an incredible 1.4 million. Aletheia is also a matter of erotics: the striptease removal of the veil from secrets that play hard to get.

To be fair, not every intellectual has embraced these habits of mind, at least not since Diogenes swung his lantern around in broad daylight.

And it is never intellectuals alone who luridly obsess about secret knowledge. Hannah Arendt appraised the appetite for Infowars-type nuttery in The Origins of Totalitarianism:

Like the earlier mob leaders, the spokesmen for totalitarian movements possessed an unerring instinct for anything that ordinary party propaganda or public opinion did not care or dare to touch. Everything hidden, everything passed over in silence, became of major significance, regardless of its own intrinsic importance. The mob really believed that truth was whatever respectable society had hypocritically passed over, or covered with corruption . . . The modern masses . . . do not believe in anything visible, in the reality of their own experience . . . What convinces masses are not facts, and not even invented facts, but only the consistency of the system of which they are presumably part.

It’s not just Arendt’s mob: authoritarians, too, fetishize the power of state secrets, and this consuming passion can be more damaging to their sovereignty than any leak. Storied leaker Daniel Ellsberg wounded Nixon badly, but not because of the content of the Pentagon Papers—which were limited to the misdeeds of the Kennedy and Johnson administrations in Vietnam—but rather by inspiring criminal overreach on the part of the president and his goons. Nixon’s ham-handed acts of illegality—breaking into the leaker’s psychiatrist’s office; plotting to have him assaulted in public; attempting to bribe the judge of Ellsberg’s criminal trial with the directorship of the FBI—could not be ignored, and it resulted in a mistrial. But for Team Nixon’s criminality, Ellsberg would almost surely have been convicted under the Espionage Act of 1917 for his leaks, just as Chelsea Manning was some forty years later.

The sitting president is daily made insane by leaks that challenge his dominion over the political hype-cycle. “James Comey leaked CLASSIFIED INFORMATION to the media. That is so illegal!” he tweets. The persistent drizzle of petty leaks from inside and near the White House—from FBI agents, from staffers, from Jared?—is giving Trump fits. Let them keep coming. Let some brave soul leak Trump’s tax returns or the full Senate report on CIA torture. Though the truth is usually an inert gas, it can sometimes explode—and possibly derail some injurious policy. In the meantime, let’s at least not fool ourselves: it will take more than revelations to save us.