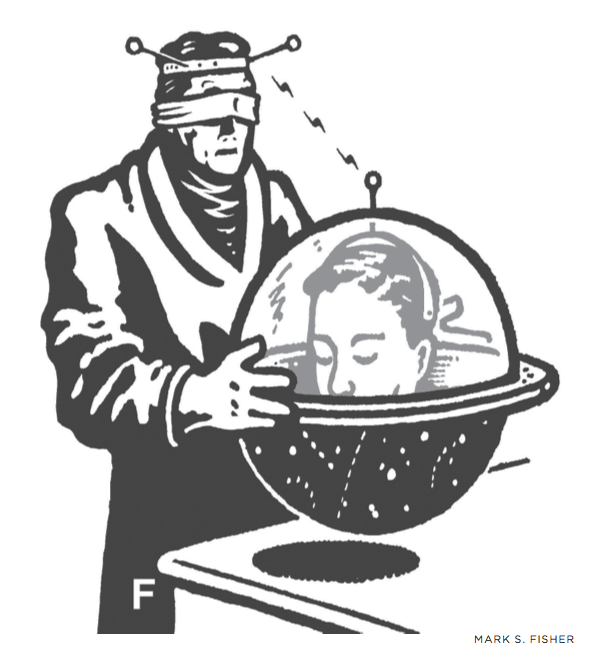 America is a country made possible by hucksterism and carnival buncombe. It is the birthplace of both modern PR and advertising, the first place on earth to apply techniques of commercial marketing to politics, and a country where, for at least thirty years, the economy has been driven by the engine of finance—that is, by the magical creation of wealth through financial securities and derivatives. When you consider that those U.S. companies that still produce commodities now devote themselves mainly to developing brands and images, you realize that American capitalism conjures value into being chiefly by convincing everyone it’s there.

On some level, we understand that this kind of magic is everywhere. However, we’ve grown so accustomed to thinking of ideology in theological terms that we’ve failed to cultivate the intellectual tools to understand not only how our country’s magic really operates, but also that it does, in fact, operate in the world of effects. We don’t typically trace the effects of belief because we are so used to thinking of belief in terms of the inward soul, the state of grace.

It helps to live elsewhere once in a while. Once in Madagascar, I was standing at the foot of a sacred mountain with a friend named Chantal and a magician named Rakoto, widely rumored to be a master of love magic. I asked if the rumors of his powers were true. He replied that yes, they really existed, and they worked. He was a master of such spells. “But come on,” Chantal interjected, “do spells really work?”

“You don’t believe me?” Rakoto asked. “Well, let’s put it to the test. Just give me some object from your pocket—a comb, a ribbon, anything like that. I’ll come here to this mountain tomorrow at midnight, perform the appropriate ceremonies, and I’ll bet you anything that within an hour, you’ll be here too, brought as if in a trance, completely naked. Do you want to try?” She declined, of course.

What would a theory of America look like that featured stories like this one? It would start by calling out our telltale assumption that all political systems must possess some sort of legitimacy in the eyes of those over whom they rule. It would then note that our own system attains its legitimacy by asserting a series of simple belief statements, such as “America is a democracy,” “We are all equal before the law,” and “In a free market everyone is rewarded according to his or her merits.” Next, the theorists would observe how our politics, conducted in this fairy tale universe, is largely a matter of trying to convince everyone to believe that these statements are true.

Still, our new theory would hardly have touched the real question, which is: How in the world do Americans manage to believe such propositions in the face of overwhelming evidence to the contrary?

Do Americans believe such propositions? Obviously we must, or else why would they be so effective? But as anyone who has spent any time at working-class bars or diners or church picnics can testify, almost no one in America really does believe “We are all equal before the law” or “America is a democracy.” Instead, the controlling conviction is this: most Americans are utterly convinced most other Americans believe such things. Most Americans, that is, think most other Americans are profoundly stupid.

The ideology works by turning the cynical superiority of the huckster, who believes that the common run of humanity is composed primarily of hapless suckers, into a tool of social control. “Hey, I can see through it all,” we say. “The game is rigged. But let me tell you: most people are really that naive. They actually believe this shit.”

This America turns up not only on Wall Street but in supermarket tabloids like the Sun or the Weekly World News—not the kind that feature celebrity diet plans and related fare, but the ones that consist almost entirely of stories about satanic toasters and space aliens. These publications have now been rendered largely irrelevant by the web, with its labyrinths of conspiracy, trolling, and double-think, its bigfoot sightings, UFO abduction narratives, exposés of the great lunar landing hoax, lizards, black helicopters, and debates over suppressed memories of ritual abuse.

In their heyday, the tabloids had a devoted following among college students. The students, like those who click on the web-enabled stories today, picked them up largely for the pleasure of scoffing at their imagined readership, which they assumed to consist of ignorant working-class housewives who believed the stories.

But the joke is on the huckster. No one believes the buncombe. The only people being hoodwinked are those who imagine anyone else could be so naive.