Reader: Are you someone who is angry in an inchoate way at the Trump administration as an institution but who would prefer to focus your anger like a laser beam on specific individuals? We here at The Baffler are here to help! As a wise man once told my father while trying to sell him a program at a Knicks game, “They’re just a bunch of tall guys in shorts, without a program”—and so, too, the various hangers-on in the Trump orbit may seem to be just a bunch of transparent grifters and/or terrifying ideologues in suits unless you have a clear guide outlining who the players are. We plan to bring you the key stats and career highlights of all the best people in the administration, as well as those who are “too hot” for government service and end up bounced out to the 2020 campaign, various 501(c)3 scams, or who just end up on the semi-consensual receiving end of those rambling “executive time” phone calls. This week, we’re taking a peek into the backstory to what in any other administration would be a soap opera that would have us all riveted: the public feud between Kellyanne Conway, counselor to the president, and her husband George, who hates the president’s guts!

In the Trump era, we have to do an occasional gut check to remember what is and isn’t normal. And let’s be real: no matter who is president, there would probably be some lawyer willing to give a speech to a bunch of other lawyers about how the president is turning America into a banana republic (the bad kind, not the store) or whatever. But it’s a little weird when the guy doing that is married to a lady who not only works for the president but goes on TV to defend him all the time! We’re talking, of course, about Kellyanne Conway—dubbed the “Trump whisperer” during the 2016 campaign and just about the only player from those heady days still in the West Wing—and her husband George, a lower-profile conservative stalwart who made an abrupt about-face over the past year or so and now can’t shut up about how the president is, in fact, bad. What’s their story? Let’s find out!

Kellyanne had a humble upbringing! Conway, née Fitzpatrick, is the granddaughter of a reputed mobster who currently lies beneath a tombstone with “THE BRUTE” carved in all caps onto it. Sadly, this family connection to organized crime did not make her upbringing any easier; she was raised by a single mother who worked in the cage at an Atlantic City casino.  She was a high school cheerleader who took time off from rooting for the football team to force them to stop picking on her cousin.

Kellyanne went to England and made a friend, kind of! Conway went to Trinity Washington University and spent a year abroad in Oxford, where she befriended grad student and future omnipresent Republican pollster Frank Luntz. Frank told The Atlantic about their youthful escapades, like how they used to pretend to be married and have noisy fake arguments in public (fun!) and how she made him put on a speedo so she and another friend could laugh at him ( . . . fun?). Later, she said mean things about him when she struck out on her own in the polling world in 1995, but Frank says they’ve made up now! (Kellyanne did not comment on Frank.)

Kellyanne was a late conservative D.C. scenester! Now in charge of her own polling company, imaginatively called The Polling Company, Inc., Kellyanne advised big companies, including Hasbro and Vaseline, on how they could get women to like them more. At the same time, she was part of a posse of conservative women, dubbed the “pundettes,” that also included terrible people Ann Coulter and Laura Ingraham. These ladies got lots of vaguely sexist coverage for going on TV shows like Bill Maher’s Politically Incorrect (side note: Bill Maher’s been doing his same shtick for more than twenty years, Jesus) to talk about the thing that everyone wanted to talk about in the late 1990s: Bill Clinton’s sex problems. (Around the same time, Kellyanne was also being mentored by supercreep Charlie Black—who had helped run Jesse Helms’s Senate campaign and defended his notorious “White Hands” ad, and who ran a lobbying firm with Paul Manafort and Roger Stone.)

Meanwhile, across town, a young lawyer was hatching some important political schemes! That young lawyer was George Conway, a Federalist Society member who was doing important legal work in the fight against Bill Clinton. He had two anonymous, world-historically important roles during this time: he ghostwrote Paula Jones’s Supreme Court brief in her lawsuit against Clinton, and he reportedly emailed Matt Drudge the details of what Clinton’s dick looked like. In January of 1998, according to The New Yorker, he saw Kellyanne on the cover of a magazine and asked a “mutual friend” to set them up; according to the Washington Post, that friend was Ann Coulter, and they married three years later.

Kellyanne did polling work for some terrible people! Conway’s polling job wasn’t all explaining to Unilever execs what women think about petroleum jelly; she also worked for some truly loathsome Republican political candidates over the 2000s and 2010s, including:

During this stretch, she also wrote a book with Democratic pollster Celinda Lake called What Women Really Want. Published in 2005, the book purported to “reveal the ways in which a newly defined, united power base among women is reshaping the state of our nation much more than the two-sided politics of Left and Right.” (This never happened.)

Kellyanne and Donald Trump go way back! Back in 2006, George and Kellyanne lived in Trump World Tower in New York, and George fought against a move to take Trump’s name off the building. Trump offered George a condo board seat in return, and George passed the seat on to Kellyanne. In 2013, she worked up a presentation for Trump, telling him he could win a gubernatorial election in New York, which “loves celebrity politicians and families.” But she neglected to include the fact her polling showed Trump losing to Cuomo by thirty-five points, which led a Trump adviser to refer to the whole thing as “just an enormous crock of shit.”

As the 2016 campaign season revved up, Kellyanne wound up going to work for a Robert Mercer-led SuperPAC backing hated creep Ted Cruz, where she tried to fight Donald Trump by talking about how he “literally bulldozed over the little guy to get his way.” After Cruz flamed out, Conway was brought onto Trump’s campaign with the encouragement of fellow Mercer retainer Steve Bannon (2016 was in general extremely lucrative for Kellyanne).

The rest would have been history, except for the fun historical footnote that George—who was on the verge of taking a job at the Justice Department that was his due for helping to attack Crooked Hillary’s husband and/or being married to Kellyanne—abruptly pulled out of consideration, declared the Trump administration “a shitshow in a dumpster fire,” and founded a new legal group called Checks and Balances that aims to support the #Resistance. What’s this done for the Conway marriage? You get glimpses in this extremely delightful Washington Post profile of the two of them, but in general it seems . . . not great! Probably the high point is when Kellyanne tries and fails to go off the record as “a person familiar with their relationship” in mid-conversation to say George’s tweets are “disrespectful” of their “marital vows.”

“Nobody knows who I am because of my husband. People know of my husband because of me,” Kellyanne told the Post, and if the autocomplete on Wikipedia’s search box is any indication, she is 100 percent correct. Good luck, you crazy kids! 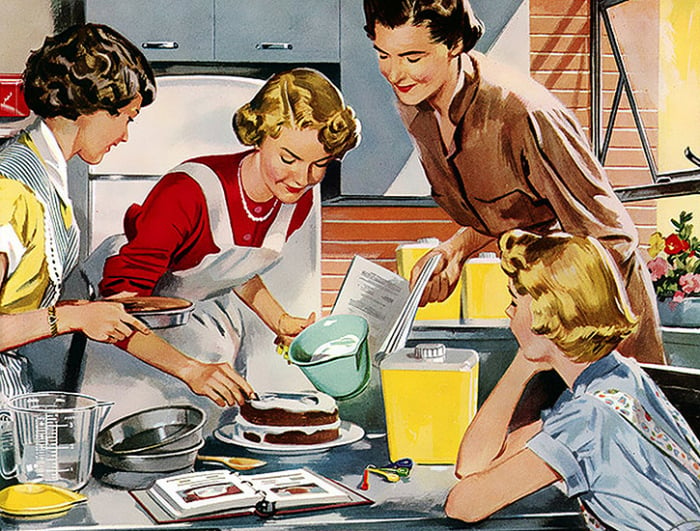 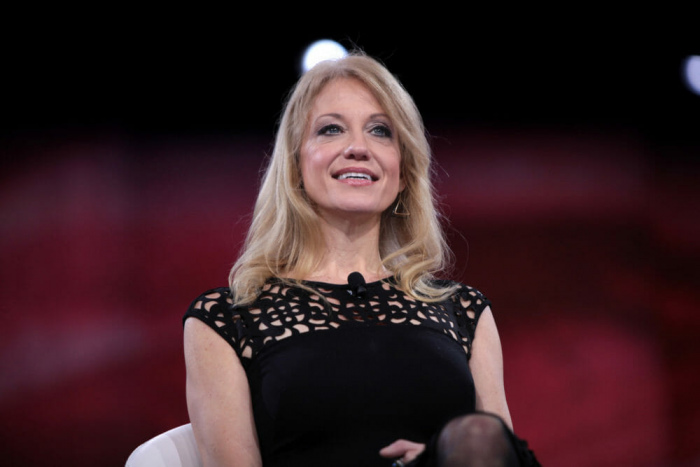