In the wake of last week’s chaotic Iowa caucuses, today’s New Hampshire primary promises to be one of the most significant in recent election history. As Bernie Sanders seeks to solidify his status as the presumptive frontrunner for the Democratic nomination, a cohort of technocratic New Democrats are pummeling one another for the honor of becoming his primary challenger from the right. But as this struggle over the dimensions of America’s electoral Overton Window takes center stage, a quieter, more pathetic drama, involving a widely forgotten contender, is playing out on the margins.

Michael Bennet’s campaign launched in early May 2019 . . . and sank almost immediately. The Colorado senator has the worst name recognition of anyone with national political office experience still in the field. He appears to have earned a grand total of four votes in the final alignment of Iowa’s botched caucuses—not even the best-performing Michael B.—and his polling results read like a string of binary code, largely oscillating between ones and zeroes. He has failed to qualify for a single presidential primary debate since July, when the roster was spread out over two nights to make room for other also-rans like Steve Bullock, fellow Coloradan John Hickenlooper, and the magnificently jacked John Delaney.

As the other members of this grimly forgettable procession of milquetoast, neoliberal white-guy presidential candidates dropped out of the race one by one, Bennet has trudged on, insisting on staging a doomed last stand in the snowy hills of New Hampshire. His campaign’s final evolution was wishfully drawn on the model of Gary Hart, a longtime friend of Bennet’s and another Colorado senator whose discounted campaign rebounded after an unexpected upset in the Granite State, making him Walter Mondale’s most significant primary challenger in 1984. It’s an interesting reference point: Hart’s 1984 campaign eventually floundered for a lack of organizing and concrete, progressive policy ideas. His next attempt, four years later, dissolved more dramatically amid controversy over an extramarital affair.

Bennet’s political platform mirrors Hart’s uninspiringly vague, centrist pablum. His signature policy package, “The Real Deal,” is an attempted rhetorical response to the Green New Deal that amounts to little more than a feeble gesture toward technocratic moderation in every direction. It includes, for example, a public healthcare option called “Medicare X” to be rolled out over the course of four years and incremental expansions to means-tested tax incentives like the Child Tax Credit. Bennet has positioned himself as someone with the temperance to lead through compromise, but his responses to popular demands like Medicare for All are more like halfway measures than forward-looking visions.

If Bennet’s primary strategy and political positioning echoes Gary Hart’s, his New Hampshire gamble is even more of a fantastical long shot. Bennet is polling below half a percentage point in the statewide Real Clear Politics average, but he’s nonetheless invested in thirty-five paid staffers there—a significant fielding for a candidate who has raised less than $7 million over the entire election cycle—and he has spent the last two months traipsing up and down the state on a fifty-stop town hall tour called “the Real Deal Road Trip.”

I attended the fiftieth stop of this political death march, a rally in Manchester, and found what might have been an impressive showing, had Bennet been running for county treasurer. A crowd of more than two hundred packed the event space as Bennet droned on with a tempered and unfocused speech. “Among all the candidates in this race, I have the most —” Bennet stammered and paused, seemingly unsure of what, exactly, he has the most of. After some thought, he landed on a vague Obama-ism. “I have the plan that is most targeted towards, how do we allow people to stay in the middle class that are in the middle class.”

I got the sense that the rally attendees understood the Bennet campaign more as a piece of theater than a site of vision, organizing, or serious political action.

No one seemed to be paying complete attention; the people around me issued disjointed claps at seemingly random intervals. Eventually, the campaign wheeled out its “star slugger” for a brief appearance: James Carville, one-time architect of Bill Clinton’s 1992 presidential campaign who is better known today as a minor septuagenarian tastemaker among the MSNBC-addicted crowd. That he has endorsed Bennet’s 2020 presidential campaign is all you need to know about his continued relevance. At the rally, Carville rammed Bernie Sanders as an “ideologue” and spoke to his personal desire for Democrats to win in 2020, but he said almost nothing about Bennet’s vision in particular. “They’ll run away from Bernie Sanders like the devil running away from holy water,” Carville claimed of down-ballot Democratic candidates in conservative states, a convoluted metaphor that managed to compare hypothetical future fans of Bennet’s uninspiring program to Satan himself.

The rally ended with an awkward New Orleans twist, as the speakers blared a Cajun tune and Carville donned a Mardi Gras mask before tossing beads into the crowd, abruptly leaving to catch a flight.

I surveyed the crowd as it started to break up and found mostly press—who were hugely overrepresented—as well as Bennet’s personal staff, family, and friends. A pack of Temple University student journalists clogged the back of the room, presumably approaching the rally as a low-stakes venue to practice covering a presidential campaign.

“I love Michael Bennet, he’s fantastic,” said one of the senator’s interns, who added that America needs a president with “decorum.” Another intern, who had been knocking doors for Bennet that morning, said that she had “met a lot of open-minded people who said that they weren’t decided yet,” but added, “I don’t know how much of that I believe.”

I did manage to find one genuine, self-described Michael Bennet supporter. Brendan, an eighth grade civics teacher who had driven into town from Massachusetts, said that he wanted his students to see the value in actively participating in the discourse around American electoral politics—regardless of whether their position is popular or actually feasible. Indeed, Bennet’s campaign is a perfect example of infeasibility, despite the fact that his entire pitch hinges on an alleged ability to appeal to a broad swath of voters in an ideologically divided population.

There were also a few political tourists in attendance: out-of-state rally-hoppers who were uncommitted to Bennet but wanted to soak in as much of the primary season spectacle as possible. One man had come up from Rhode Island with his daughter to show her democracy in action. He knew almost nothing about Michael Bennet and did not count himself as a supporter, but playfully suggested he might be able to clinch the nomination. “Sometimes you’ll catch lightning in a bottle, you know?”

I joined a disorganized line to take a picture with the man himself, in front of a wall plastered with far more Michael Bennet signs than most people will see in their entire lives, and wound up right behind his cousin.

On balance, I got the sense that the rally attendees understood the Bennet campaign more as a piece of theater than a site of vision, organizing, or serious political action. It seemed like a spectacle—a temporary shrine to the idea of an active civic life.

The origins of Bennet’s presidential bid foreshadowed its limp end. Though it has long since slipped down the collective memory hole, Bennet seems to have got it into his head that he could successfully run for president after making the rounds on social media and cable news with a Senate floor speech that tore into Ted Cruz in the midst of the January 2019 federal government shutdown. At the time, Democrats had refused to approve a budget that included Trump’s demand for $5.7 billion in federal funds for a U.S.–Mexico border wall. Ted Cruz was gleefully leading the fight against the Democrats, feigning concern for the workers and families who were suffering as a result of the shutdown. “I seldom, as you know, rise on this floor to contradict somebody on the other side. I’ve worked very hard over the years to work in a bipartisan way with the presiding officer, with my Republican colleagues,” Bennet said. “But these crocodile tears that the senator from Texas is crying over first responders is hard to take.”

Listening to Bennet’s speech now, it’s hard to agree with the contemporaneous assessment that it was “fiery” or “impassioned.” To my ear it sounds timid, forced, and overly formal. Still, it was a case in which the senator actually took a stand—and the rapturous response augmented his confidence to the point of delusion. The idea that you can string a movement together with a well-trained campaign manager and a series of viral moments, rather than consistent, interest-driven, long-term organizing, is proving to be a losing strategy for America’s centrist technocrats. Bennet’s floundering exposes the hard reality that such a hollow bid for office requires an enormous trove of wealth or a ginned-up momentum narrative to achieve even moderate success. See, for example, Michael Bloomberg’s attempt to buy himself the Democratic nomination. It’s not micro-influencers or meatball memes that have boosted his campaign into the conversation, but hundreds of millions dollars. Similarly, Bennet’s campaign may somewhat resemble former mayor Pete Buttigieg’s in both style and substance—but without the support of Wall Street or the forgiving glow of frontrunner status, his desperate, embarrassing, beyond-doomed grasping has been revealed for what it really is.

Still, I’m conflicted as to whether Michael Bennet’s tailspin candidacy could be described as a “vanity project”; the senator’s pragmatic aura tends to suggest a man motivated by more than mere vice. When he speaks as someone driven by a misguided notion of “saving the republic,” though, it’s hard to imagine what else could be driving him. Bennet’s uninspired centrism, after all, is far from unique among the packed crowd of vying moderates, and his campaign strategy is nailed to electoral loopholes and obscure tactics rather than genuine grassroots  support.

We’ll soon find out whether Bennet even marginally improved his prospects by spending the last two months dragging the dismembered corpse of his candidacy around New Hampshire’s town squares. In interviews, he has suggested that he may call it quits if he doesn’t finish in the top three or four—an almost guaranteed result in the tightly packed primary field. James Carville emphasized Bennet’s need to surprise people in New Hampshire, but, as he himself acknowledged, “it won’t take much to surprise them.”

Perhaps Bennet can at least peel off some unintentional voters who forgot that he was running and intended to cast ballots for the other, more sinister Michael B. But as for the future of his campaign, I’m personally prepared to expect the expected.

Evan Malmgren is a writer who covers power and infrastructure for outlets including The Nation, Real Life, Dissent, and Logic. He is currently working on a book about people trying to live “off the grid” in modern America. 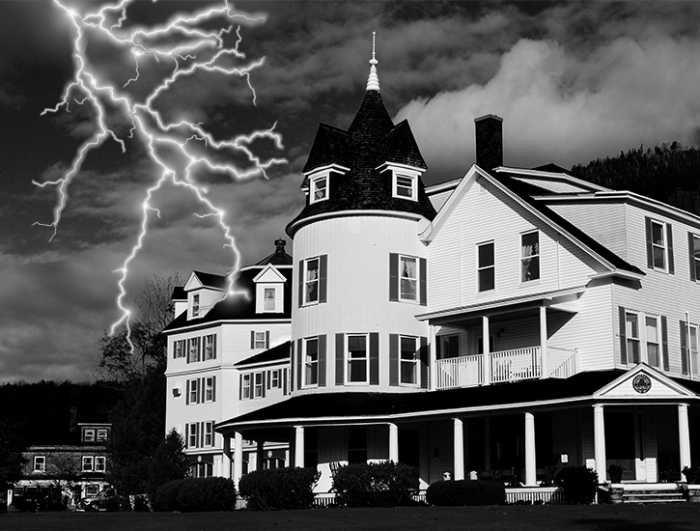 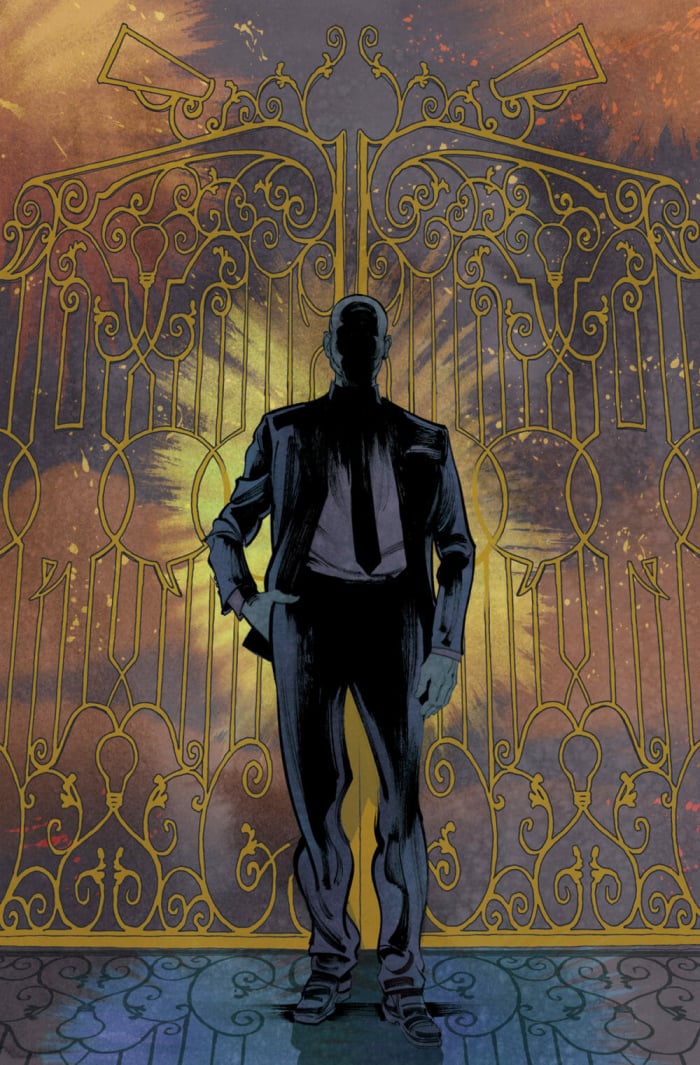 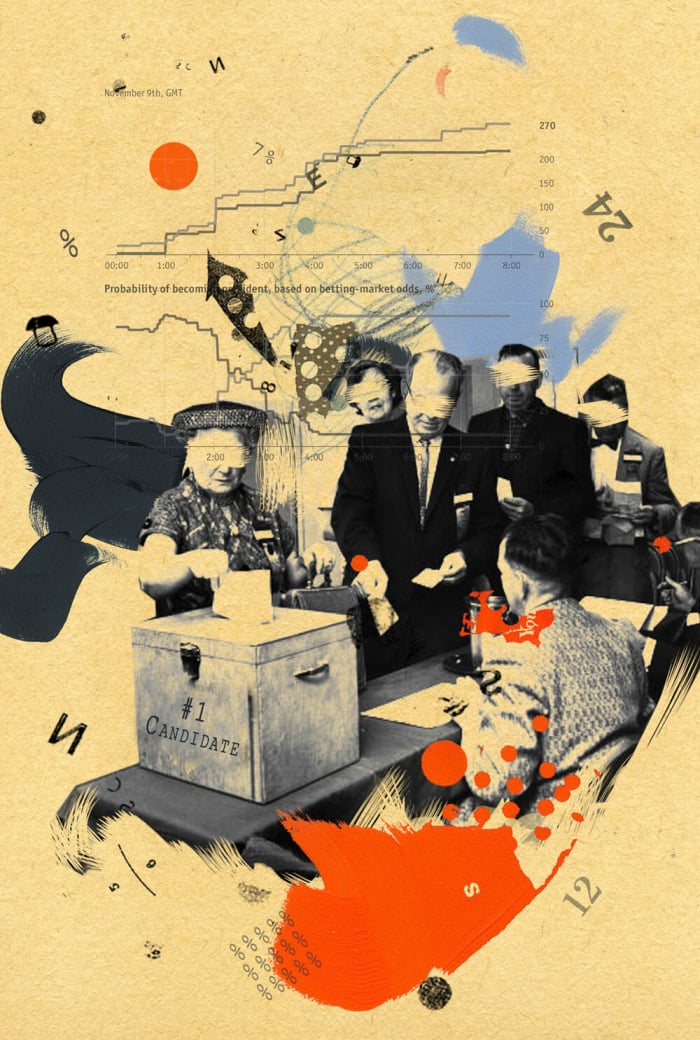