What is femininity without ornamentation? A baby is just a baby until you put a bow on its head: see, it’s a girl. “Androgynous” direct-to-consumer clothing brands sell linen sacks in greige and black, achieving genderless neutrality at the expense of visual interest. A certain kind of online feminism meets critiques of conspicuous consumption, fast fashion, or cosmetic surgery with accusations of sexism, the implication being that the experience of womanhood is functionally indistinguishable from that of buying a designer handbag.

All the Lovers in the Night, Mieko Kawakami’s latest novel to be translated into English, introduces Fuyuko Irie, a woman who buys little and adorns herself even less. She also struggles to define herself. “There’s just nothing to say, really,” she says when Hijiri, her charismatic coworker, asks her about herself on a rare night out. Fuyuko lives alone, has no friends, and works as a freelance proofreader: a job that requires absolute attention to every aspect of a text except its meaning. She does not wear makeup, date, or drink. She hasn’t purchased new clothes in years. Her only hobby—which she finds impossible to explain—is taking a walk, once a year, on her birthday at midnight and admiring the way light flashes in the dark.

There was a period, beginning in the late 2010s, when it seemed as if every new novel deemed worthy of critical attention was about a young woman with no friends and a boring job. There was temping (The New Me); book production (Severance); editorial assistance (Luster); gallery administration and, eventually, literal sleep (My Year of Rest and Relaxation). We were up to our ears in alienated women, friendless women, women with dead parents, women with no close personal relationships at all. It was enough to make me wonder if the trend was less about the crushing loneliness of contemporary life and more about the amount of work it takes to flesh out multiple characters. Of course, then a survey came out in which more than a fifth of millennials claimed to have no friends and a full quarter claimed to have no acquaintances, and I had to admit these books were onto something.

Lately, a new archetype of female loneliness has emerged: the femcel. Like their better-known male counterparts, femcels build online communities around their inability to access romantic relationships. Unlike male incels, though, femcels tend to direct their anger inward rather than toward others: a self-described femcel has yet to commit a mass shooting. The femcel is, on the whole, a sympathetic figure. Her struggles are legible; her pain is politically explicable. If not mainstream, exactly, she’s picking up steam: Gawker even published a guide to the femcel literary canon. All the Lovers in the Night, with its intense focus on female isolation and romantic rejection, would be a worthy addition.

Under the influence of her glamorous coworker Hijiri, Fuyuko embarks on an experiment, one that allows her to “let go” of her “usual self”: she begins to drink. Her rigorous consumption of beer and sake leads her out into the world, where she meets a man named Mitsutsuka after she almost throws up on his shoes. He tells her he’s a high school physics teacher, and they bond over a shared love of light. With Mitsutsuka, Fuyuko slowly begins to yearn for intimacy. Their fragile companionship—built on a series of quiet, stilted conversations over coffee—takes on a massive significance as he becomes the first person to truly listen to her.

Much has been written in the West, often with a hefty dose of orientalist gawking, about the most extreme examples of isolation in Japanese society, from the hikikomori phenomenon to the problem of loneliness among the elderly. None of this describes Fuyuko. In some ways, her predicament follows the contours of what Parul Sehgal recently termed “the trauma plot”—Fuyuko’s isolation is rooted, at least in part, in a horrific experience from high school. Its revelation, though, is handled with such surprising and unforgettable bluntness that it almost seems to rewrite the genre.

Clearly, Kawakami is writing from a different culture and in a different context than the Americans mentioned earlier, but if one can put her in conversation with writers like Ottessa Moshfegh or Halle Butler, it’s hard not to read All the Lovers in the Night as both early (as it was written) and late (as it was translated). In the last couple of years, Mieko Kawakami has been embraced by the Anglophone literary world, garnering numerous reviews, prize nominations, and prime placement in the “New in Fiction” displays at New York City bookstores. Since her first novel, Breasts and Eggs, was published in English in 2020, two more books have followed in quick succession, all translated from the Japanese by Sam Bett and David Boyd: Heaven, in 2021, which was shortlisted for the International Booker Prize, and All the Lovers in the Night in May. Each was originally published over a decade earlier: All the Lovers in the Night came out in Japan in 2011.

She writes about women, usually; power and vulnerability, always. Her style is poetic and, in its original language, idiosyncratic. In Japanese, Kawakami experiments with punctuation and stream-of-consciousness formulations. She often employs the Osaka dialect, which some English translators have rendered as vaguely Mancunian to preserve the perceived informality and boisterousness of the accent. Bett and Boyd do not. Theirs is a neat, seamless, non-regional style of translation, tidy and competent. Whatever experimental pleasures the original Japanese prose might contain are mostly closed off to the English reader. Still, if at times the language stumbles into stiffness or cliché, there’s plenty that feels rich, surprising, and occasionally funny—like when, in the midst of a depression, Fuyuko buys “the sort of junk food where it didn’t matter if you ate it or not. Even so, I continued to put this food that didn’t matter into my body that didn’t matter, which made everything seem to matter less.”

Kawakami has a recurring interest in the tenderness and malleability of the body—how it can be acted upon, whether through plastic surgery in Breasts and Eggs, or through severe bullying in Heaven. Almost every great line in All the Lovers in the Night draws on this theme. The writing is sensual, in that it’s enriched by senses: at times, Fuyuko is “filled with an awareness of the soft places inside me,” or oppressed by “the kind of heat that cups the eyes in darkness.” This extends to Kawakami’s descriptions of discomfort and violence, which are written—and translated—with as much ugliness, brutality, and pitch-black humor as they demand. During an assault, a penis is “tepid,” its owner “unsure of where to put it in.” Light and darkness appear to Fuyuko as visceral, embodied: “I allowed my thoughts to settle on the brightness filling their hearts and lungs, squinting as I walked along and counted all the players of this game that I would never play,” she thinks as she watches people socialize. That sense of otherness gradually changes when she starts drinking. Kawakami writes well about the freedom of drunkenness, and its particular bodily looseness: “The borders of my being gradually thinned, making me feel as if all kinds of things about me were in fact all kinds of things about somebody else,” Fuyuko thinks.

It’s through this thinning of borders that she gets to know Mitsutsuka. As their relationship grows, it builds meaning from a shared sense of quiet appreciation. Fuyuko’s love for light, for “the red light at the intersection, trembling as if wet,” for “the soft glow from the windows,” for Mitsutsuka’s white shirt, “glow[ing]” in a way “that reminded me of the smells of winter,” is the foundation of her love for him. Mitsutsuka tells her that light is what made him interested in physics, and, when she asks if they’re talking about the same thing, replies that of course they are—of course they’re talking about the same light. At no point in their relationship does human connection feel more possible or more appealing.

Sensory beauty seems to offer a way out of the book’s other preoccupation: consumption. Hijiri introduces Fuyuko to alcohol, perfume, nice clothes. “Every year, I wonder how long I can keep this up,” she says of her relentless buying habits, “but I know I’m only doing it because I like it, right? No use fighting it, you know?” She’s still a seductive figure despite her jaded deference to endless consumption, and the novel doesn’t do anything so crass as punish her for it—indeed, it’s Hijiri who eventually emerges as the emotional anchor of Fuyuko’s life. But Hijiri’s particular model of femininity (which might glibly be described as “girlboss”) is no more satisfying for Fuyuko than that of the other women she encounters. Kyoko, a judgmental career woman, and Noriko, a friend from high school with children and a sexless marriage, don’t offer anything compelling. Neither do the women Fuyuko sees at a bookshop, their hair and makeup all the same, or the women in the books themselves, which all have titles like The One Thing You Need to Do By Thirty-Five and Be an Amazon—What’s Wrong with Being Strong? When Fuyuko attempts to slip into Hijiri’s skin—almost literally, wearing her cast-off clothes and the perfume Hijiri bought her—the result is underwhelming. Instead, she finds meaning in sensations that cannot be bought or sold.

If that sounds a little bit simplistic (the translation sometimes stumbles into lackluster phrases like “it’s so beautiful I could cry”)—if the narrative is a touch rote, the corners it turns just a tad predictable, the side characters slightly flat—well, it is, it does, and they are. But the novel is kept alive by the evocative immediacy of its observations. The meticulous construction of a lonely consciousness, hemmed in by the rules of desirability and consumer capitalism, and briefly set free by what I can only call the sublime: this novel reaches farther outside the boundaries of the self than many of the books it might be compared to, and Kawakami writes with a brightness and clarity that allows its better moments to shine.

Mariah Kreutter is a writer in Brooklyn. 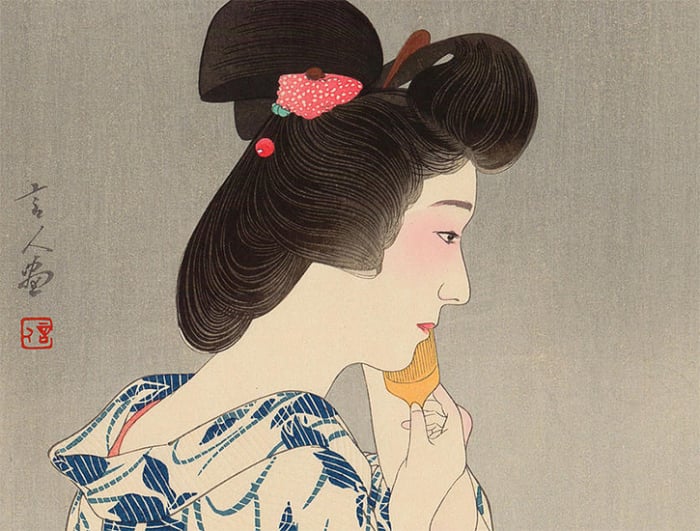 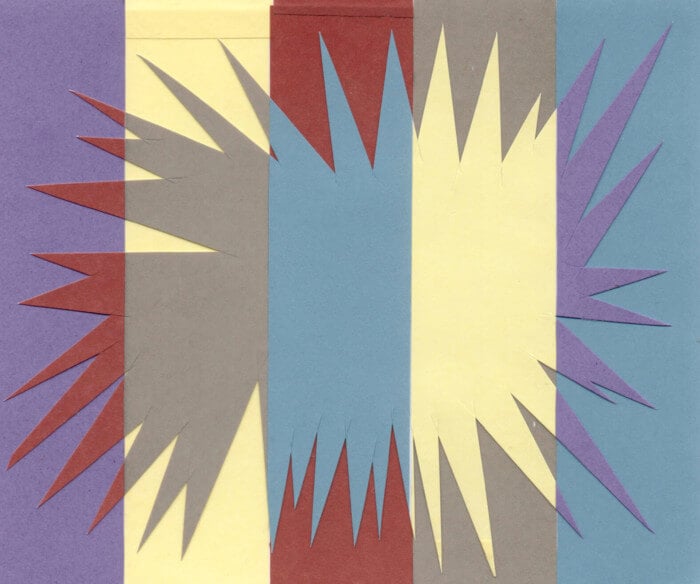 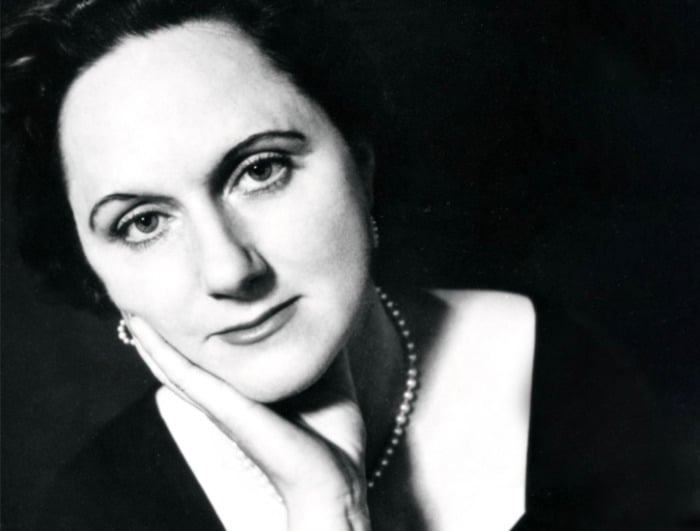