When I think about my two stints at the now-shuttered Village Voice—for which I freelanced regularly from the late seventies to the late eighties, returning as a staff writer from 1994-1999—one unexpected but apt word that keeps popping to mind is “fecund.” My recollection that I worked for two or possibly three different papers all hawked under the same name doesn’t seem remarkable, because the Voice never stopped mutating. Interludes of smugness weren’t unknown, but ossification was never in the cards.

That was because responsiveness to cultural and political flux was built—and often jerry-built—into the paper’s ramshackle m.o. The Voice broke its share of hard-news stories, and certainly alerted readers to more than its share of no-longer-fringe trends, sometimes NYC-specific and sometimes not. But the difference between how we went about the job and the staid way the NYT or The New Yorker did was that we never covered that stuff from a settled institutional distance. We let ourselves get stimulated and jostled by it, and brother, did we ever argue about it. We hashed these squabbles out every week among ourselves, as well as with an audience that expected contentious perceptiveness about the latest City Hall shitstorm or collective art-world orgasm, not just a tidy rearrangement of the same reassuringly familiar deck chairs.

The Voice became one of the greatest farm teams in American journalism.

Amid all the disputativeness, fecundity became the only constant, defining the paper’s identity every bit as much as the stubborn (albeit increasingly minuscule) “Village” in its name. I don’t want to exaggerate this side of the paper’s appeal, because our audience could also expect the Voice’s crankier mainstays to reliably produce thoughtful variations on the same column brief week in and week out. For some readers, that no doubt remained a much better reason to pick up the paper every Wednesday than the basket of unpredictables who’d chosen to update a bohemian sensibility they’d imbibed from the Voice itself by regularly yanking and re-wiring their elders’ preconceptions six ways to Sunday.

The paper couldn’t have prospered without its lifers, for sure. But at its best, it was also a welcoming haven for scads of new—gee, what’s the right word?—voices, who strutted their stuff until some more august publication decided to up its hipness quotient by poaching them. 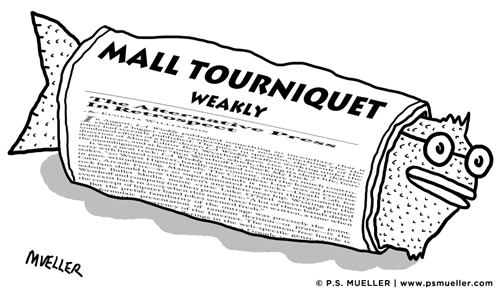 The Alternative Press in Retrospect
By
Eugenia Williamson

As a result, the Voice became one of the greatest farm teams in American journalism. On the culture beat alone, its still active alums range from New York Times movie critic Manohla Dargis, to New Yorker art critic Peter Schjeldahl, to Vanity Fair columnist James Wolcott, to James Brown and Robert Frank biographer RJ Smith. But I doubt that any of us—except maybe Wolcott, who was plainly destined for midtown’s bigger platforms from the get-go—thought of the Voice as a farm team at the time. When we were young, it was The Show, and a paper that was already legendary by the time we started writing for it. If the legend was of awfully recent vintage, so much the better, because the only history that matters at that age is the kind that still feels contemporary.

No question, it was exhilarating to find ourselves bumping elbows with—and, more incredibly yet, being treated as colleagues by—the self-same people who’d made us want to do this in the first place. Robert Christgau, Ellen Willis! Nat Hentoff, too. To my deep regret, I never once spotted Jules Feiffer around. Nor Andrew Sarris, for that matter. But Christgau literally changed my life by letting the untried, unproven twenty-one-year-old me review David Bowie’s latest. Willis edited me (subject: Norman Mailer, and Ellen was very tolerant of my pigheaded case for the defense) before, eventually, I edited her (subject: former Creedence Clearwater frontman John Fogerty, a rare return to rock criticism for her that I’m still pleased I cajoled her into). End of obligatory paragraph about the greats I once knew—and, in Christgau’s case, still do.

But placid the place wasn’t, because that’s how it goes with fecundity. The tension between the front and back of the book that’s chronic at every newspaper was exacerbated in the Voice’s case by the front-of-the-book guys’ irritated awareness that our paper’s arts coverage was anything but an also-ran in readers’ minds. It was what a lot of them turned to first, virtuously promising themselves they’d get to Wayne Barrett’s latest takedown of slumlords or (prescient) indictment of Donald Trump later on. The cluttered cover of every issue represented either a victory for one of the two camps or a muddled skirmish between them every Wednesday.

Even the back of the book had its fiefdoms, though. Christgau had his favored writers, Richard Goldstein had his, and to be sponsored by one of them was almost guaranteed to trigger the other one’s skepticism. Then there was the powerhouse feminist trio of Willis, Karen Durbin, and books editor M. Mark—the last of whom, luckily for me, decided it was all right with her if I was two different teachers’ pet. By the time I showed up in the 1970s, when most publications were still inherently male-chauvinist in structure as well as mentality, the women of the Voice were never also-rans either; they had clout and intellectual ballsiness  to burn.

But it took an unusually wise and genial soul to stay on good terms with every faction, which usually meant nobody except Geoffrey Stokes. Among his other virtues, Stokes embodied the alt-weekly tradition that nobody was tied to one beat exclusively, moving with nonchalant aplomb from sports and books to handling the paper’s media column and writing about his cooking fetish (under the pseudonym Vladimir Estragon).

The cultural and political assumptions and insights once confined to the Voice-defined margins have long since been absorbed into the mainstream.

Veteran Voicers always took it for granted that a change in ownership spelled doomsday. But that turned out not to be true—even under Rupert, yeesh, Murdoch—until the paper’s acquisition by New Times Media in 2005. That the Voice was always militantly left-wing is a myth; original owners Daniel Wolf and Ed Fancher were moderately reformist Democrats who backed the early career of future Gracie Mansion Gila monster Ed Koch and were never comfortable with either hippie counterculture or the New Left. It wasn’t until the 1970s and 1980s—Rupert-yeesh-Murdoch’s tenure, and then Leonard Stern’s—that the paper came out swinging hard for the radical feminism epitomized by Willis’s essays and, more provocatively, gay rights, with the newly out-and-proud Goldstein spearheading that shift. Both those arenas, of course, were teeming with the mashups of cultural issues and political ones that the Voice was uniquely equipped to be savvy about.

Well before New Times bought and gleefully gutted it, however, the Voice was evolving toward being less freewheeling and not more. When Durbin, by then editor-in-chief, hired me back full-time as a political columnist in 1994, I’d never have guessed that I’d end up thinking of her as the last editor of the “real” Village Voice—the wild-and-woolly, unconstrained version I’d cut my apprentice teeth writing for almost twenty years earlier. By 1996, she’d been replaced by Newsday vet Donald Forst, a shrewd and very enjoyable tough cookie whose less enjoyable mandate was to get us to straighten up and fly right. Rumor had it that the plan all along was to make the paper more attractive to buyers wary of the wild and woolly, although former EIC David Schneiderman—who’d moved up to running what, by then, was Village Voice Media—insisted that wasn’t so.

Considering how much damage the New Times regime did—Christgau got fired within months, followed by nearly all of the paper’s remaining leading lights—the wonder is that the Voice managed to survive for another decade-plus. Hopes of reviving the paper’s glory days flickered when Peter Barbey, who intended to do just that, bought it in 2015. But they dimmed with the print edition’s Waterloo two years later before getting extinguished by the online version’s death on August 30, 2018.

Naturally, we alumni spent the next few days conducting a social-media wake. The more I thought about it, though, the more convinced I grew that the paper’s demise was only fitting. One reason is that everything the concept of “the Village” meant to several generations of Voice readers—bohemia, nonconformity, one thriving avant-garde arts scene replacing another thanks to a talent pool regularly refreshed by new arrivals with more ambition than rent money, even a belief in New York itself as the nation’s cultural capital—hasn’t corresponded to New York’s reality in something like a quarter of a century.

But another reason, as an ex-colleague suggested to me, is that “we won.” The cultural and political assumptions and insights once confined to the Voice-defined margins have long since been absorbed into the mainstream, rendering the original source redundant. In many ways, The Village Voice folded simply because its work here was done. 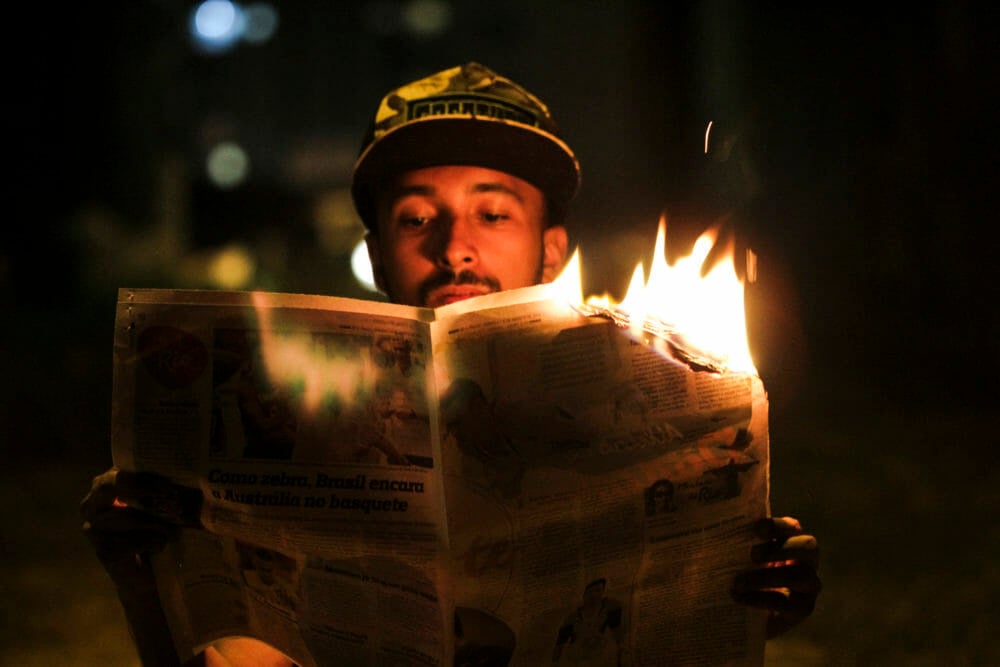 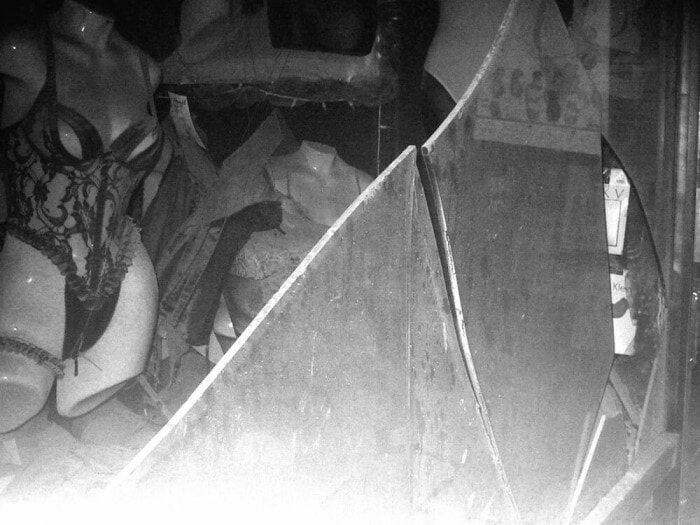 Nothing to Do with Art
Rachel Wetzler
Word Factory