One of the great perversities in American politics today is that we see Christian leaders taking their cues from Donald Trump, rather than the other way around.

And the perfect example of this inversion—the archetype of the Trumpian-Christian—is Jerry Falwell Jr., the president of Liberty University in Lynchburg, Virginia. Unlike his late father, Jerry Falwell Sr., who founded Liberty University in 1971 and the Moral Majority in 1979, the junior Falwell is not a reverend. His background is in real estate development. But because of his famous name and his perch at the top of a large and prominent Baptist-founded college, his support for Donald Trump in the 2016 Republican primaries was seen as a key turning point in the campaign. It came at a time when Texas Senator Ted Cruz had been expecting Falwell’s endorsement and when Cruz seemed to be emerging as the consensus candidate for conservative Christians.

Falwell, of course, has been steadfast in his devotion to the president ever since. Trump accepted an invitation to speak at Liberty’s commencement ceremony in May of 2017. And the intervening months have made one thing clear: mingling with Christians makes no impression whatsoever on Trump. But Trump seems to have become a role model for his Christian admirers. You can see the dynamic play out in an uncanny way in Falwell’s recent life and times.

No, Falwell was saying, our consciences will not be shocked by anything this president does.

These times have lately brought some unusual tribulations. The roots of the current troubles go back to 2012, when Falwell and his wife Becki met a “pool boy” at the Fontainebleau Hotel in Florida. They struck up some sort of relationship with him. They decided to back him in a real estate investment involving a “gay-friendly” Miami hostel, which also involved their son Trey, who was then twenty-three. Eventually there was a lawsuit over the financing of the hostel. As several news outlets later reported, there were supposedly racy photos of Becki Falwell circulating that may have been used as leverage in the legal battles. (Falwell has denied the existence of compromising photos “of me,” but in June reporters at the Miami Herald said they had seen three photographs, adding: “They are images not of Falwell, but of his wife in various stages of undress.”)

One of the earliest probes into the Florida real estate deals was written in August of 2017 for Politico Magazine by Brandon Ambrosino, a graduate of Liberty University. Ambrosino has cultivated sources at Liberty who are displeased with Falwell’s leadership. Earlier this month, Ambrosino returned to Politico with a follow-up investigation into the way Falwell runs Liberty University. He detailed “how Falwell presides over a culture of self-dealing, directing university resources into projects and real estate deals in which his friends and family have stood to make personal financial gains.” He included new revelations about “Falwell’s decision to hire his son Trey’s company to manage a shopping center owned by the university, Falwell’s advocacy for loans given by the university to his friends, and Falwell’s awarding university contracts to businesses owned by his friends.”

And to make matters worse, Reuters reported in August that Falwell had also made a sweetheart real estate deal with a young “personal trainer” the Falwells had been working out with. Falwell agreed to sell an eighteen-acre sports facility owned by Liberty to the trainer, a Liberty grad, and then financed the deal so that the trainer didn’t have to put up his own money.

As such reports received national press attention, you could watch Falwell’s reaction and almost see the thought bubble above his head: “What would Donald do?” The answer, of course, is concede nothing. And never, never apologize. So this is how CNN reported the answer Falwell gave when asked about his recent spate of negative headlines and the simmering dissent at Liberty:

“I don’t believe there is any such thing as bad publicity and the worst thing that can happen to anybody who’s trying to lead a national organization is to be ignored,” Falwell said. “I really don’t care what they say. In the end they are going to look like fools, so I am actually very much enjoying this week. That comes from 57 years of me being in the crosshairs, first as my father’s son and then as president of Liberty. To me, it’s a sign that I am making a difference.”

Now, as Trumpian as that sounds, one might dismiss it as a little bit of bluster and spin. That’s just the way the game is played. Never let them see you sweat, etc. etc.

But earlier this summer there was a moment in the life and times of Jerry Falwell Jr. that was unrelated to living it up in Miami or to real estate transactions among friends. It gave a glimpse into the moral rot in the heart of this so-called Christian leader, and it shows how Falwell has truly modeled himself on the master Donald Trump. Naturally, the moment occurred in an exchange on Twitter.

Russell Moore, a leader in the Southern Baptist Convention (and one of the few prominent conservative Christian leaders who opposed Trump in 2016) had commented that “the reports of the conditions for migrant children at the border should shock all of our consciences.” Moore called for immigrants to be treated with “dignity and compassion.” Falwell rose in defense of his spiritual leader, who in his wisdom has decreed there will be concentrations camps along the border. “Who are you Dr. Moore,” he wrote. “Have you ever made a payroll? Have you ever built an organization of any type from scratch? What gives you authority to speak on any issue? I’m being serious. You’re nothing but an employee—a bureaucrat.”

The stupefying illogic of such a response is one thing—authority to speak on moral issues comes from making a payroll? Do the theologians at Liberty University know this? And of course neither Trump nor Falwell built their organizations from scratch. But the sin—if one wants to use the word—in such a statement was to answer a sincere concern about the inhumane treatment of migrant children with Trumpian trash talk. No, Falwell was saying, our consciences will not be shocked by anything this president does.

Trump will eventually leave the scene, most likely in disgrace. How much damage will be done to the standing of evangelical Christians in America when that blessed day arrives? If even a small segment of believers were to get discouraged with politics and fall out of the Republican coalition in coming years, it could end the tenuous hold the GOP has in several congressional districts and state legislatures around the country. Already, the demographics are not in their favor: in 1997, almost 27 percent of Americans identified as white evangelical Protestants, but that number had dropped to 17 percent by 2016, according to the Public Religion Research Institute. That group also notes that “over the last decade, the Southern Baptist Convention (SBC)—by far the largest evangelical denomination in the country and one that is overwhelmingly non-Hispanic and white—has lost more than 1 million members.” And young people make up a much smaller share of the white evangelical churches than old people.

They get the satisfaction of watching the liberals and secularists get their comeuppance, and they thrill as their enemies in the press wail.

One might ask conservative Christians to reflect on why this is so. And one might speculate that when Christian leaders like Falwell embrace the spirit of Trump, which is the spirit of greed, corruption, and belligerence, they are losing, in Falwell’s words, “their authority to speak on any issue.”

Among those who believe Trump was chosen by God, though, you would get nowhere with such a critique. In a report published in the Washington Post in August, Elizabeth Bruenig managed to elicit a remarkable bit of speculation from the Dallas pastor Robert Jeffress, who has been as ardent as Falwell in his devotion to Trump. Bruenig asked Jeffress if he thought evangelicals needed a “decidedly worldly man” like Trump to strengthen the power of their movement.

“Jeffress didn’t think so, but not for the reasons I would have guessed,” Bruenig wrote.

“As a Christian, I believe that regardless of what happens in Washington, D.C., that the general trajectory of evangelicalism is going to be downward until Christ returns,” he explained. “If you read the scripture, it’s not: Things get better and better and more evangelical-friendly or Christian-friendly; it is, they get worse and more hostile as the culture does. . . . I think most Christians I know see the election of Donald Trump as maybe a respite, a pause in that. Perhaps to give Christians the ability and freedom more to share the gospel of Christ with people before the ultimate end occurs and the Lord returns.”

So there you have it. To the Trumpian-Christians this is a brief shining moment when they get to taste some temporary but fleeting moments of glory. They get the satisfaction of watching the liberals and secularists get their comeuppance, and they thrill as their enemies in the press wail. They get a respite from the imagined oppression that came before and that will soon return. No wonder Jerry and Becki have been partying in Miami! We’re now in the halcyon days of Christian influence on government and politics. This is as godly as it’s going to get, folks. After Trump, the deluge. 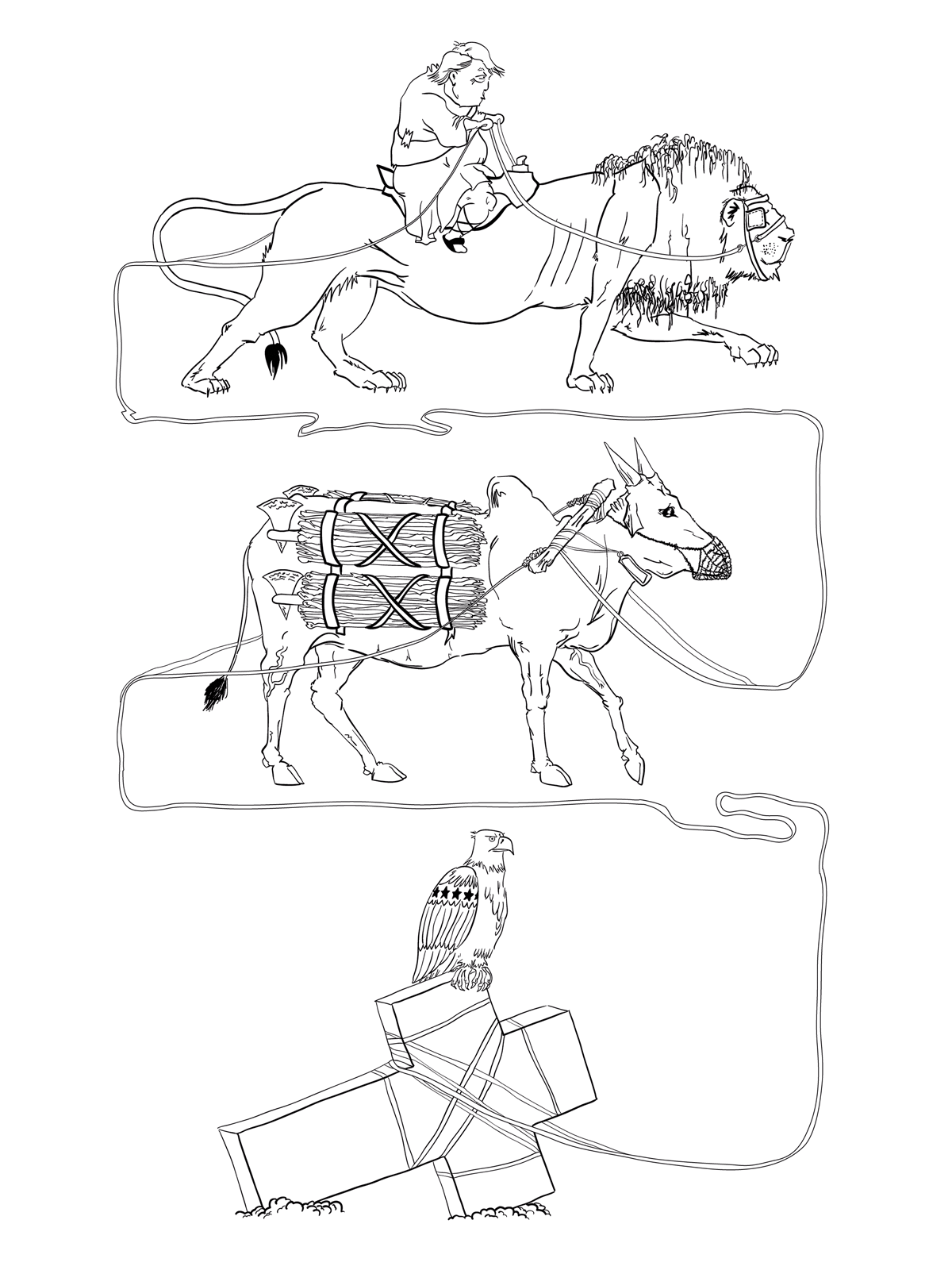 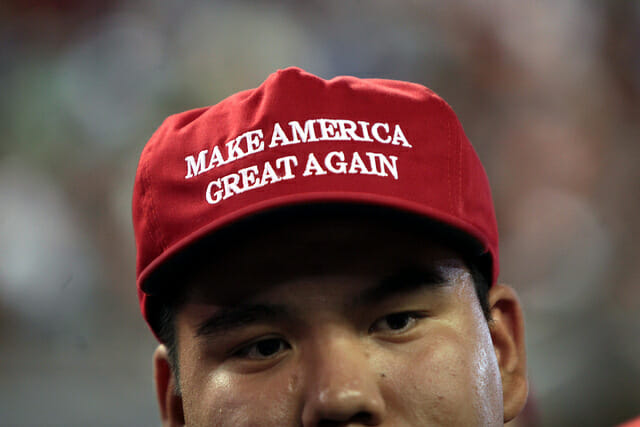 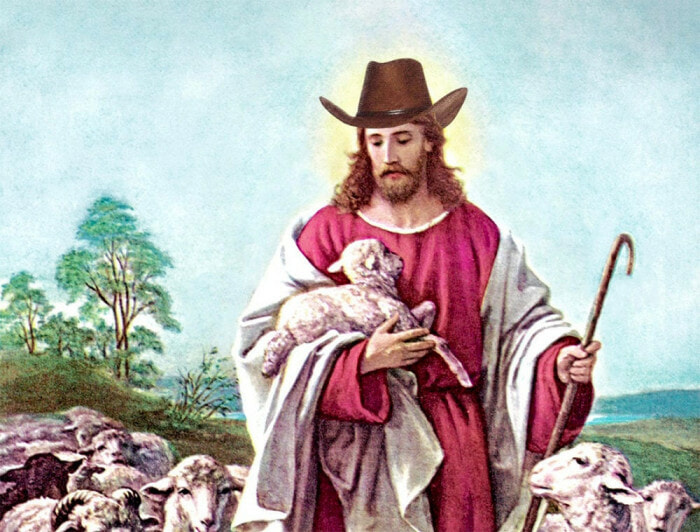