For a party heavily invested in defining what’s normal for the rest of us, the Democrats have a rather distressing sense of how the concept applies to their own flagging political fortunes. Handed a golden opportunity to deliver a forward-looking message in response to a lackluster state of the union address by the least popular first-term president in modern history, lead strategists and consultants for our notional party of the people did what they always do: they coughed up the heir to an exhausted liberal-managerial brand, to assure a vast nationwide viewing audience that theirs is the American political franchise terminally resistant to new ideas.

Not that Massachusetts Rep. Joseph Kennedy III’s rhetoric or broad policy dictums were all that objectionable on their own terms. It’s good, and necessary, to sound a note of inclusion and compassion in the face of the racist slanders and authoritarian commands of Trumpism—and Kennedy was capable enough in delivering that very anodyne message and hitting his capaciously designated mark.

The designation of a third-generation scion of an insular dynastic clan as a “rising star” of the opposition party represents a deeper structural disorder.

No, the designation of a third-generation scion of an insular dynastic clan as a “rising star” of the opposition party represents a deeper structural disorder—one that’s disfigured the Democrats’ anemic national strategizing for the better part of a generation. For the keepers of liberal consensus to rally to a global mood of populist discontent with a political brand name steeped in the New Frontier social mythology of the mid-twentieth-century is like trying to extinguish a prairie fire with a series of Scotch and gin shipments. It’s also to indulge a key Democratic myth that has long passed its plausible sell-by date: that as the party of our new digital managerial class, the Democrats are the country’s true and proper keepers of the credentials for legitimate political leadership.

In this context, the misguided selection of Kennedy as the future-of-the-party respondent to President Trump’s State of the Union speech last week is more than a passing one-off tactical error. It represents, rather, a full-blown social philosophy, one that carelessly assigns power on the basis of socio-economic networking, and imagines its lead exponents as the only body of gatekeepers who can channel populist discontent into reasoned social deference. Among other things, the leadership-by-dynastic-prerogative model is a poor look for a party that’s desperately trying to convey a unified message of social inclusion.

Even the Democratic choreographers of Kennedy’s star turn seemed to intuit this failing—and unfortunately sought to correct for it in typically leaden fashion, having the young lawmaker deliver his remarks in an auto body shop in Fall River, Massachusetts. The staging set off a predictable torrent of social-media snarking over the unfortunate placement of Ted Kennedy’s great-nephew in front of a disabled vehicle—with the words “fall” and “river” thrown into the bargain.

But the iconography of the occasion was risible at a much more consequential, non-tabloid level: it had the challenges facing the party precisely backwards, treating the idea of a working-class constituency as a hurriedly assembled pasteboard backdrop rather than something that should be front and center in the now-desperately urgent mission to reinvent the Democratic Party from the ground up.

It’s very much, in other words, as though the 2016 election never happened, so far as the lead theorists of Democratic Party power are concerned. For ready confirmation of this glum surmise, look no further than the fretful, complacent, and goggle-eyed analysis of the emerging 2018 Democratic primary field offered by political scientist Raymond J. La Raja and Brookings scholar Jonathan Rauch in last Sunday’s New York Times. Surveying a heavily populated and energized roster of activist and insurgent Democratic candidates, Rauch and La Raja did not rejoice at the generally brightening prospects for a revived, populist-minded Democratic majority in Congress. Instead, they did exactly what you’d expect from a class of knowledge professionals made suddenly anxious about their plunging social status: they issued a sonorous-sounding assortment of played-out concern-trolling slogans from the sanctums of the Democratic Leadership Council circa 1992.

For you see, gentle reader, the problem is not that the past two Democratic presidencies absently handed over their congressional majorities the moment that populist governance proved inconvenient to their enabling donors. In reality, Democrats poised to retake power in Congress—a.k.a. the sturdiest power base for any genuinely majoritarian movement coalition—are presently in the dangerous thrall of runaway political “amateurism.” Reporting the results of a Brookings study they have recently completed, La Raja and Rauch observe that

When we surveyed political consultants, they told us, by wide margins, that candidates in primary races are becoming more ideological and more inexperienced. Other research finds signs of a downward spiral. Extreme candidates heighten polarization in politics and paralysis in Congress, discouraging moderates and pragmatists (who reflect the preferences of most Americans) from entering politics.

Progressive activists we spoke with said they seek not just to influence policy but also to broaden the very concept of political viability. Though the goal is laudable, inexperience can compound the chaos that is already giving government a bad name.

One might reasonably counter that, for a party locked out of the meaningful exercise of power in virtually every level of government, a sudden onrush of inexperienced and ideological candidates with a shot at actually gaining power is a rather good problem to have. It’s particularly so, in view of the stubborn obstacles to activist fundraising and participation that the Democratic Party’s leadership caste has deliberately erected to discourage non-establishment candidacies that threaten the party’s dominant, bought-out business model. But that is to suppose that, for this cohort of D.C. apparatchik, ideology and substantive governance might, you know, matter. For La Raja and Rauch, though, the most consequential thing about the idea of government is the exercise of the gatekeeping prerogatives of a permanent political class:

If governing ability and candidate quality matter, and if special interests and purist ideologues are not to become the leading suppliers of our politicians, it is essential that parties and professionals maintain a prominent role in recruiting and screening candidates—alongside, not instead of, voters. By virtue of their insider status, they have a long-term interest in having parties govern responsibly.

Alas, reformers have been pushing to marginalize professionals still further. In the Democratic Party, so-called superdelegates—elected officials and party leaders empowered to vote as they wish at the presidential convention—will not and almost certainly cannot reject a popular victor, but they do encourage candidates to seek the advice and support of people they will be working with if elected. Reducing their role, as progressives have successfully campaigned to do through the Unity Reform Commission (created by the Democratic National Committee to examine the party’s nominating process), may appeal to the public’s populist instincts, but it is shortsighted for those who care about effective government.

If your first impulse is to translate all this talk of “effective government,” “recruiting and screening,” “parties and professionals,” “insider status” and the other mystic wonders worked by superdelegates as a loud sustained chant of “FUCK YOU, BERNIE SANDERS” you’re not far off the mark. Like ur-professional Hillary Clinton dead-ender Peter Daou, La Raja and Rauch clearly regard the mere existence of Sanders and the movement he’s marshaled against the dull-witted and reactionary precincts of Democratic power as nothing less than an existential affront.

Indeed, one of the most tirelessly flogged talking points among the Clinton wing of party sachems is that Sanders has no purchase on the party’s legitimate attention because the man is actually not a Democrat at all, but an independent caucusing with the party. In other words, like these spittle-flecked insurgent candidates in the 2018 cycle, Bernie Sanders simply lacks the proper credentials to be taken seriously. Greeting a grassroots insurgency among energized young voters with this sort of door-slamming petulance is very much like appointing Woody Allen as the headmaster of a girls’ academy: a willful subordination of urgent ends to complacent means that verges on criminal malpractice.

Ardent neoliberals tend overwhelmingly to come into their own political convictions much as Joseph Kennedy III has: as a matter of class inheritance.

This mind-bendingly myopic and insular response to populist dissent is how the Democrats’ supremely cynical GOP opponents were able to carry off the Big Lie of nominating and electing a tax-cutting billionaire populist to the presidency. Democrats have increasingly come to envision a political system that delivers power on the basis of professional status, which in turn all but guarantees that ardent neoliberals tend overwhelmingly to come into their own political convictions much as Joseph Kennedy III has: as a matter of class inheritance.

And just as in our esteemed Ivy League universities, all the jargon of meritocratic achievement that accompanies this brand of social power cedes in a heartbeat to the familiar specter of legacy admissions—or a dynastic political brand, as the case may be. In both academia and politics, the wifty rhetoric of the careful, high-professional modulation of reason and merit disguises the bald exercise of privilege for privilege’s sake.

To put things mildly, things were not ever thus in the Democratic Party. The Democrats’ great modern founder, Franklin Roosevelt, was indeed a proud traitor to an aristocratic governing legacy—and went on to lay the groundwork for both widely distributed middle-class prosperity in America and majoritarian Democratic governance for the better part of forty years. While Roosevelt himself famously attended Harvard in the company of his doting mother, his successor in office, Harry Truman, was the last American president to rule without benefit of a college diploma. Just imagine the righteous conniptions that would trigger among today’s Democratic governing caste, and their pious enablers at the Brookings Institution. 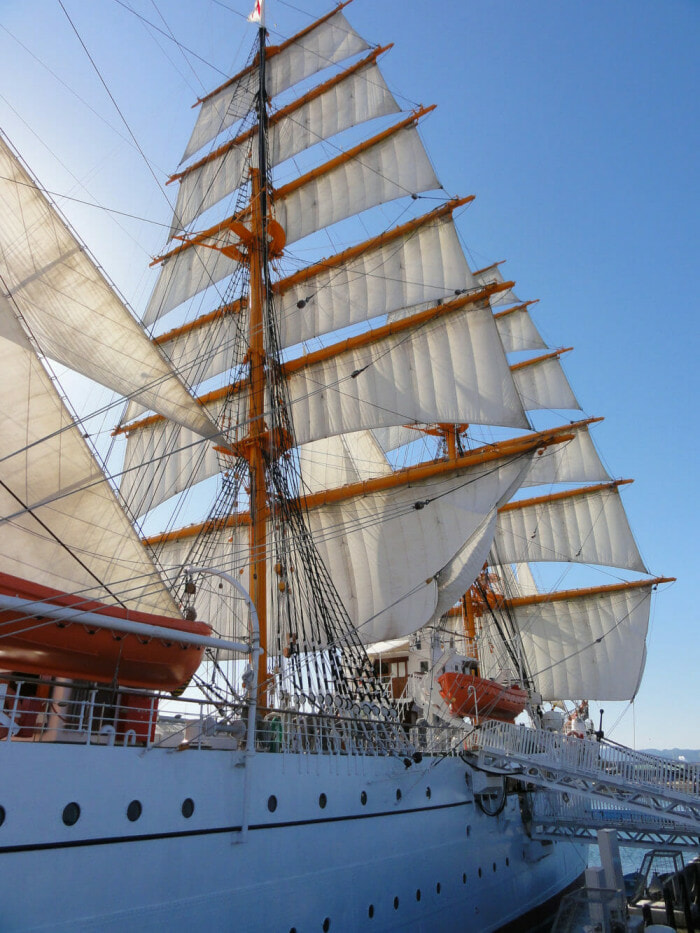 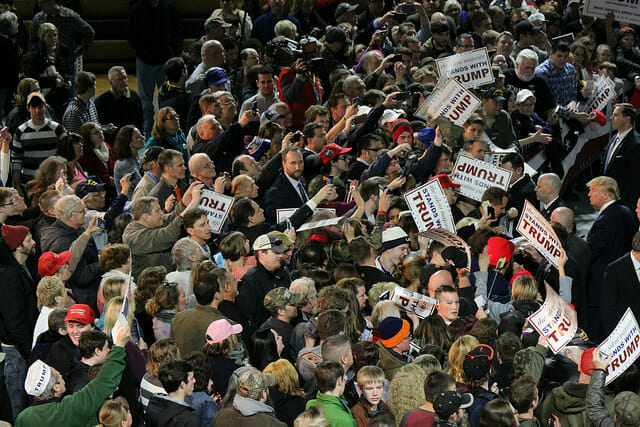 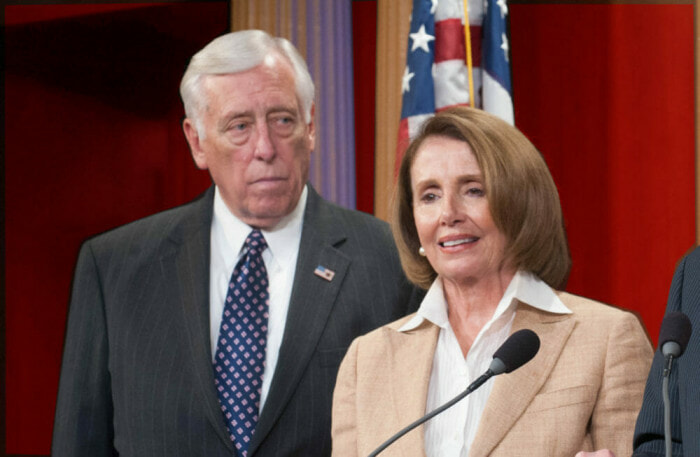