Sometime in the late 1950s, construction workers were digging the foundation of what was to be a large brick building at the corner of St. Peter and Federal Streets in Salem, Massachusetts, when they came across some large wooden beams. These, it turns out, were the beams from the “witches’ dungeon,” the underground jail where the witches of Salem were imprisoned in the 1600s. A normal sort of prison of the day—dark and filthy, accoutered with bars and chains, but above ground—was considered too good for these particularly evil women. They had to be kept underground and chained to the wall so that their spirits could not escape and torment their victims. Their visible weaknesses, it was believed, were just a ruse to detract from their unseen powers. The more innocent or young or helpless they seemed, the greater the need for suspicion, prosecution, and ultimately execution.

Those accused witches are long gone, the real horror of their plight repackaged into tours and plastic kitsch. But the particular sort of horror invested in them, the idea of some inexplicable power, a terror that contaminates like contagion and transcends other dangers, has reincarnated itself in the trials of terrorist wives. One such trial, that of Noor Salman, the condo-dwelling, makeup-loving, perfume-sample-sniffing widow of Omar Mateen, the Pulse nightclub shooter, concluded on March 30.

The news for Noor was good, but it came close to being terrible, bringing her ominously close to the witches’ dungeons that have relocated, à la Foucault, into American maximum security prisons. Like most of the witches of Salem, Salman was denied bail and made to languish in jail (separated from her young son) for the fourteen months until her trial. It wasn’t supposed to be this way; the presiding judge in Salman’s case cowered from the outcry in Orlando, Florida, reversed a previous ruling, and declared that Salman’s “involvement” in the heinous attack required that she remain jailed.

Like the steel and florescent-lit prison of the present, a far cry as it is from the subterranean dungeons of old, Orlando, sunny and so Disney, seems nothing like grim and Puritan Salem. The fevered harangue that demanded Noor Salman be hung up to dry, however, was markedly similar in tone and tenor. In January 2017, not long after Salman had been arrested, the Orlando Police Department, supposedly conducting an impartial investigation, posted on its Facebook and Twitter pages that Chief of Police John Mina was “glad to see” that the arrest had been made and that there would “be some relief in knowing that someone will be held accountable for that horrific crime.”

While Noor Salman is not the first terrorist witch to be offered up in addition to or in lieu of her spouse, she is one of the few to be absolved.

Chief Mina of Orlando stood to gain even more public power after pointing to Noor Salman, the witch of Orlando, as the target for avenging a tragedy. When Salman’s initial release on bail was ordered, he immediately took to Twitter to express his disappointment. In information released to the media, the Police Department alleged that, following the shooting, Noor Salman had sent a text to her husband saying “I love you babe,” suggesting that she had known about the attack beforehand. She was charged with “aiding and abetting” as well as obstruction of justice.

While Noor Salman is not the first terrorist witch to be offered up in addition to or in lieu of her spouse, she is one of the few to be absolved. In the end, it was technology that came to her aid: data from the cell towers failed to corroborate what agents had written down—that she had helped her husband case out the Pulse nightclub location—as part of her confession. Others haven’t been as lucky.

The 2010 trial of Dr. Aafia Siddiqui, the wife of Ammar al-Baluchi, the nephew of Khalid Sheikh Mohammad, ended with her being sentenced to eighty-six years in prison. Her witches’ dungeon is the federal administrative security medical center near what was once Carswell Air Force Base in Fort Worth, Texas. Siddiqui was tried a mere short distance from the former site of the Twin Towers, the venue most associated with terror in the United States. The details of the case, in this sense, simply did not matter. Someone had to pay, and a diabolical woman, female and terrorist, was a very good candidate.

Nor are these two the only instances in which women have been prosecuted or charged based on their attachments to men. In 2017, Fordham University released a report on ISIS prosecutions. They included several couples, where wives seem to simply have been charged on the basis that their husbands may have somehow been connected to a terror operation. Sedina Hodzic, wife of Ramiz Hodzic, was charged with, among other things, sending hot chocolate packets to a Bosnian ISIS fighter named Abdullah Ramo Pazara, who by the time the indictment came around was already dead. She faces up to fifteen years in prison. In 2016, Nisreen Bahar, wife of a slain ISIS leader who was supposedly involved in the killing of American Kayla Mueller, was charged with providing material support to terrorism. Bahar faces the possibility of life in prison.

Like Tituba, a slave in Salem most likely from South America, and one of the first accused of witchcraft, these women, mostly immigrants or children of immigrants, satisfy both a craving for retribution for horrific acts and also a Salem-like insecurity of things being not quite right. The women being prosecuted on terror charges based on their relationship with a male defendant are immigrant, poor, or both. Aafia Siddiqui was initially deemed incompetent to stand trial by a forensic psychiatrist, a decision later reversed when an army psychologist was assigned the task. Similarly, Noor Salman’s defense revealed that she is in the bottom twentieth percentile of IQ and is considered, like many of the Salem witches, highly suggestible. Her interrogation, eighteen hours long and conducted right after the attack without a lawyer, at times with her baby present, was not recorded. The confession, written not by Salman herself but by an FBI agent, could well have been one procured following an inquisition in Salem.

The women being prosecuted on terror charges based on their relationship with a male defendant are immigrant, poor, or both.

Women who do not represent the “other” in some way escape harsh treatment even when they admit to actually having been involved with the group. It is required that they be different, their persecution thus satisfying some latent insecurity and fear. If that is not the case, they can get away even with having actually (not allegedly) supported a terrorist group or man with full knowledge of his activities. When FBI translator Daniela Greene fell for an ISIS fighter and rapper, Denis Cuspert, a man she had been tasked with aiding the investigation of, the repercussions were a slap on the wrist. Greene ran off to Syria, where the couple tied the knot in 2014, and eventually returned to the United States. She admitted to everything but received a short and sweet two-year sentence.

The idea of crime as contamination, as a contagious disease that is spread by close contact, knowing or unknowing, is predicated on the assumption that it involves a supernatural evil in the criminal, transmittable to others. Tituba, the accused African witch, may summon the spirits to smite the witnesses against her; Noor Salman, Mrs. Terrorist, may look innocent, but, à la Minister Mather of Massachusetts, Satan could also assume the shape of a human person. The tautological “drowning test,” in which floating was used as evidence of witchery (water rejects evil), is not currently being administered, but water-boarding is likely making a fast comeback and can effectively take its place.

A sharp and pungent mixture of misogyny and xenophobia, a hunger for public purging mixed with self-righteous hatred, produced Salem. Then as now, it was not and never is about the reality of crime or the particular potency of a threat. The calculation is more brutal than that, more primal. The fear of the power must be assuaged somehow, and the easiest way to do it is with the punishment of the easily caught, the fleetingly framed. The dungeon at the corner of St. Peter and Federal has been excavated and lots of us may look at the bits and pieces from that moment of historic horror and exclaim “how could this happen?” What we really should be asking, of course, is “when will this stop?” 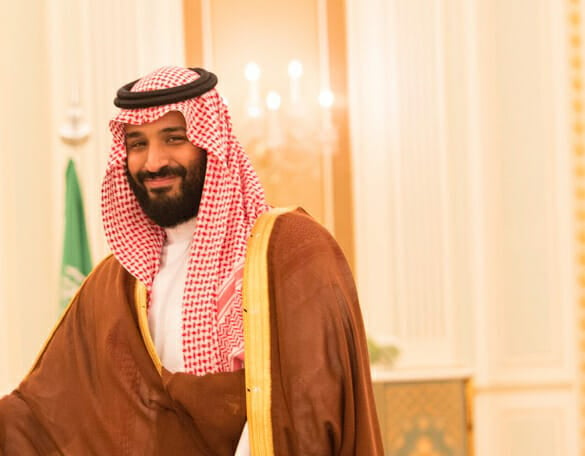 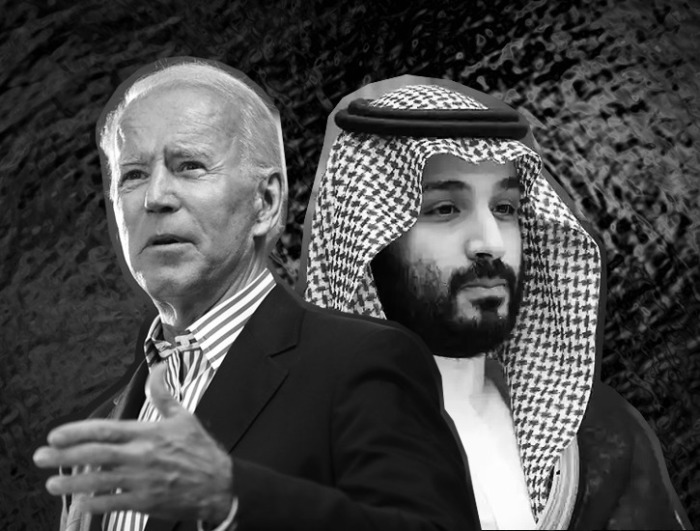 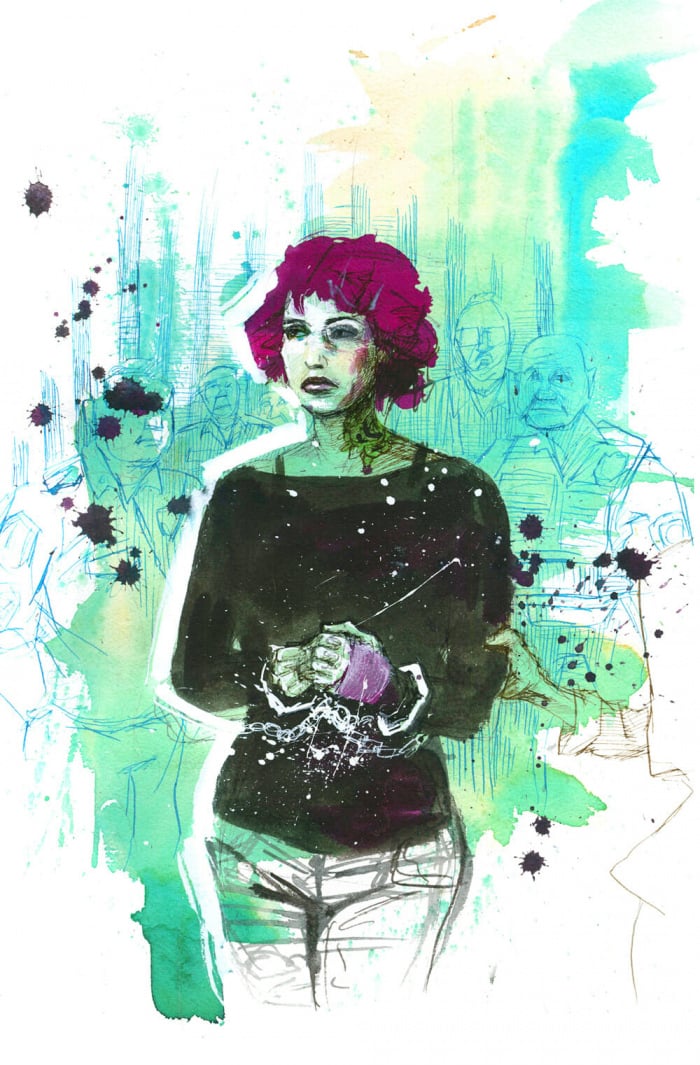