The mental equipage of our meritocracy is designed to harbor one idea at a time—at most. Thus, when there’s a multifront assault on our inherited body of social mythology (like, oh, I don’t know, the Trump administration), the consensus of responsible thought will typically focus on each malady as it arises, in painstaking sequence—the Russia menace, the press-baiting, the tantrum-fed descent into organizational chaos, the white-nationalist coddling. The operating manual for elite rule holds that social ills must always appear in obligingly manageable sequence, all in a row, to be sorted out by lab-coated and credentialed guardians of the common good.

So naturally, when Harvey Weinstein—a liberal titan of Hollywood commerce—was exposed, after decades of privileged license, as a serial sexual predator, the business of responsible opinion-making was largely short-circuited. Thought leadership is, first, a notoriously male-dominated racket, so Weinstein’s misdeeds—allegedly up to and including rape—required careful handling. What’s more, a scenario that seemed at first glance to be irresistible fodder for the cannons of the right flank of the culture wars—bigfoot Hollywood liberal donor exposed as tumescent nightmare being—actually drew unwanted attention to the GOP’s role in elevating a serial sexual assaulter-cum-showbiz lowlife into the Oval Office.

Some culprit beyond the obvious corporate overlord exercising what he took to be his droit du seigneur, had to be dug up and flogged.

Differences needed trimming, and outrage needed modulating, much as when, as so often happens in our ugly epoch, naked white supremacy needs some good old official euphemizing from on high. Some culprit beyond the obvious, familiar specter of a corporate overlord exercising what he took to be his droit du seigneur, had to be dug up and flogged.

In other words, enter New York Times conservative contrarian hack Bret Stephens. In a rather dumbfounding display of alibi-conjuring, Stephens was dead set on pinning Weinstein’s transgressions on an enabling film industry—and a still more amoral and “libertine” American culture rooted in the Boomer excesses of the sixties and seventies. In Stephens’s telling, these reassuringly impersonal causes rendered the rampaging moneyed accused rapist misunderstood, trapped like some Boomer-rebel film antihero in a world he never made. “One can mount a defense of sorts for Mr. Weinstein,” Stephens explains, on the grounds that he “inhabited a moral universe that did nothing but cheer his golden touch and wink at (or look away from) his transgressions—right until the moment that it became politically inconvenient to do so.” Cut, wrap, print:

The important truth about [Weinstein] is that he was just another libidinous cad in a libertine culture that long ago dispensed with most notions of personal restraint and gentlemanly behavior. . . . Like those other libidinous cads—Bill Clinton and Donald Trump—Weinstein benefitted from a culture that often celebrated, constantly depicted, sometimes enabled, seldom confronted, and all-too frequently forgave the behavior they so often indulged in.

It’s generally a good rule of thumb that when a conservative commentator downshifts out of personal responsibility preachments and starts soberly explaining how the great fungible abstraction of “culture” dictates behavior, you should reach for your bullshit detector. And when the talk turns to “cads” and “gentlemen” as opposed to plutocrats and sexual predators, you can be sure that the fulmination-to-viable-remedy ratio is fast approaching the infinity point. There is, indeed, a discomfiting parallel logic between Stephens’s culture-first exoneration of Weinstein’s predatory conduct (“Hyenas cannot help their own nature,” he writes, ludicrously) and the conservative resistance to any and all curbs on untrammeled gun ownership as “legislating evil”: people are just going to mow each other down with hot lead, in pretty much the same way that hyenas are going to attack starlets in luxe hotel suites, and force their quarry to watch them masturbate and shower. What, you want to change something more than the culture, you poor hapless naïf?

Of course, there is an enabling culture that permits sociopathic predators like Weinstein to flourish, but far from a rudderless culture of indiscriminate libertinism, it’s a culture of moneyed privilege and money-driven political clout. It’s striking that of the three prime examples of libidinal caddishness that Stephens dotes on, Weinstein is the only one not to serve as president of the United States. And the ethos of impunity for the wandering presidential staff well antedates the hated sixties; just ask Sally Hemings or Nan Britton.

There’s also a strong countervailing current within our culture that calls out the sexual predation of powerful men. It’s called feminism, and Stephens neglects, bizarrely, to make even passing mention of it in his Weinstein jeremiad. Right from the start, in fact, he maintains that the trouble with the Weinstein scandal is that “it has so few heroes”—thus blithely overlooking the scores of women victimized by Weinstein who came forward with the whole ugly saga, facing down potentially devastating consequences for their livelihoods and good names. (They do briefly get lip service, it’s true, in Stephens’s morality-play staging of the Weinstein scandal—but tellingly as “victims,” apparently disqualified for hero status on self-evident grounds.)

Like specialized auto parts, the ideas under review can only perform one limited function in a hermetically confined context.

Of course, Stephens isn’t shy about talking about feminism in other contexts. Indeed, it occupies a quite prominent place in his own preferred brand of cultural demonology. On one day, it’s among the principal free-thought-choking forces on America’s “Orwellian” college campuses. On another, it’s touting the bogus epidemic of campus rape. (That Stephens can only envision feminism operating in and around the leafy confines of the American university is another telltale tic of privileged thought leadership, but that cultural blind spot will have to await closer attention on another day.)

But that’s the beauty of monocausal, pasteboard culture explication: like specialized auto parts, the ideas under review can only perform one limited function in a hermetically confined context. Feminism can only enforce campus conduct codes and other sinister forms of elite liberal orthodoxy—just as the half-century old culture wars of the sixties only work to mint out libidinous cads and puritanical P.C. authoritarians. Lost in all the myopic cultural functionalism is the both/and character of American experience in our hellish new millennium, which has baptized a bankruptcy-prone real-estate huckster as a tribune of populist justice, created a neoliberal governing caste of leased mouthpieces on the make, and gleefully wired itself into self-perpetuating feedback loops of toxic civic ignorance. In this actually existing American scene, it’s anything but shocking that a Harvey Weinstein or a Donald Trump pursues a professional sideline as a roving penis on the make. But in this actually existing American scene, Bret Stephens and his cronies will always be charged with policing the respectable boundaries of opinion, so prim one-dimensional parables of culture moralizing will be always dolloped out one at a time, right on schedule. 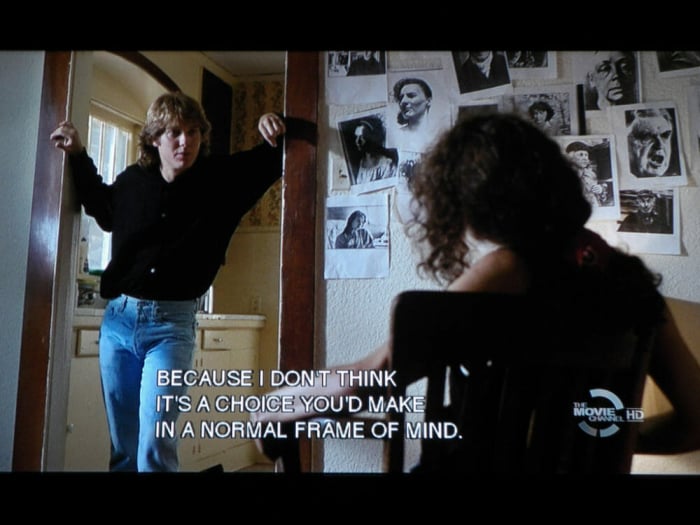 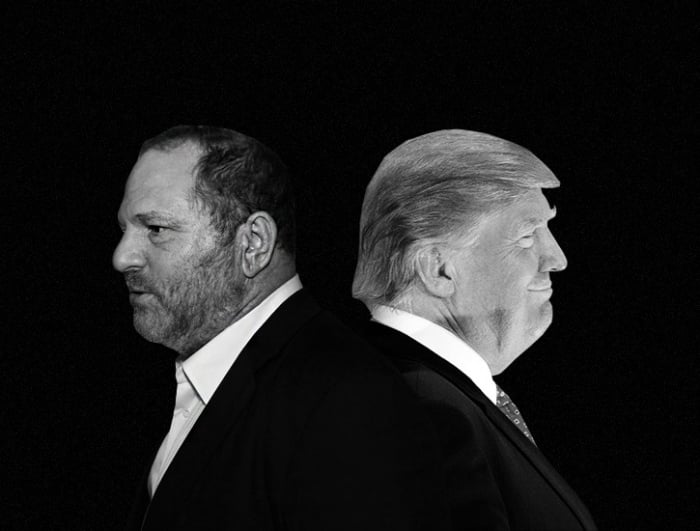 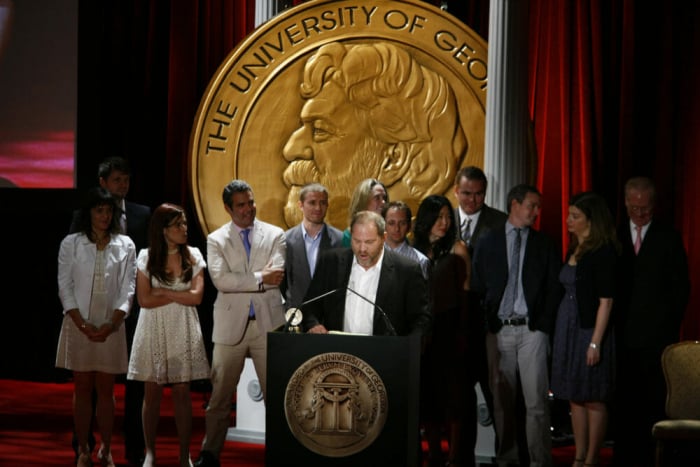