I allow myself three new credit cards a year. They’re a special indulgence, like brunch cocktails or trashy novels. I don’t have extravagant consumer habits to support with those new charge accounts. I just need fresh credit cards to accrue frequent flyer miles, a hobby I picked up because it seemed like a fun way to protest the stranglehold of global capitalism.

This slightly bizarre mentality was encouraged by a secretive corner of the internet dedicated to racking up lucrative mileage bonuses through esoteric loopholes, replete with gems like Six Easy Tricks Credit Card Companies Don’t Want You To Know. The serious mile pros finance their first-class travel with hijinks that appear to pit heroic everyday travelers against faceless behemoths, globe-straddling companies too clueless to catch the savvy consumers scamming them. Particularly big airline-point scores have been enshrined as internet legend, battle tales familiar to every traveler who dreams of short-circuiting the ticket counter.

I convinced myself of an extreme position, that the miles racket could be manipulated to turn the tables on the free market.

One of the best-known scams went like this: The U.S. Mint used to sell unpopular gold coins, for face value, with free shipping. The coins came rolled and ready to deposit in your bank account, a deposit that would neatly cancel out the purchase costs on your credit card while earning miles. Ambitious hackers might make hundreds of purchases. Another common scam was to purchase preloaded debit cards, usually from a big box retailer that qualified as a bonus category—certain cards might offer extra points at office supply stores, for instance. One mile-hacker, a civil engineer named David Phillips, became known as the Pudding Guy after he bought 12,150 single-serving pudding cups to collect a bounty of more than a million miles.

Clearly, this is all a touch wasteful. Is it really necessary to ship all those coins, destined to return right back where they came from? How is cycling through prepaid debit cards a good use of anyone’s time, let alone the time and creativity needed to conjure up these schemes? Sure, the Pudding Guy’s kids got sick trying to eat their way toward all that free travel, but it’s nice to imagine that the airline execs forced to foot the bill were faced with more profound indigestion. Spend enough time reflecting on the points business, however, and this cheeky, subversive narrative becomes a little harder to believe.

Finance back offices calculate mile incentives from massive reams of data, carefully structuring deals to drive consumer behavior. Credit card issuers and retailers (who purchase miles for a pittance) don’t extend bonuses from the goodness of their hearts. Miles are a marketing device that spurs spending by dangling rewards that feel more valuable. No retailer would promote a sale for just 5 percent off. But when miles cost retailers less than face value, and that 5 percent goes toward a glamorous vacation, consumers turn out to swipe much more readily. It’s easy to count the free points in your frequent flier balance. It’s hard to identify purchases you wouldn’t have made without an airfare incentive. And it’s easy to lose sight of how those incentives might encourage you to shop all kinds of places you otherwise might not—say, at corporations with questionable commitments to ethical operation.

One mile-hacker became known as the Pudding Guy after he bought 12,150 single-serving pudding cups to collect a bounty of more than a million miles.

If you’re short on time to plan your travels, you might encounter an entire cottage industry dedicated to trading on hot tips and secret strategies. Here’s a service that promises you four free tickets a year, once you commit to a $250 annual fee. Here’s an expert fare finder who will build you the RTW (that’s Round The World) itinerary of your dreams, for just $165. It gets expensive if you really want to take those airlines and banks to the cleaners.

Mile-hacking consultants do well in an era when traditional travel agents have shuttered because carriers have ratcheted up the complexity of booking award flights. Airline points are perhaps the purest form of corporate currency, like a loyalty-based cryptocoin. Miles are stateless and nearly regulation-free, and they change hands at rates that remain largely opaque. Not only do redemption rates fluctuate wildly, but miles can be devalued unilaterally at any time. Planning a particular trip with a particular points cache? Cross your fingers that the carrier you need will continue to participate in the mileage alliance you were counting on. Terms and conditions are always shifting underneath travelers. Not coincidentally, this comes at a time when airlines have achieved an unprecedented level of consolidation.

I convinced myself of an extreme position, that the miles racket could be manipulated to turn the tables on the free market, but all travel-hackers must, at minimum, think they’re getting something for nothing—an insidious belief. Theoretically, there are some people (people already spending plenty) for whom the miles come with hardly a second thought. But for most flyers, saving and spending miles—hunting down credit card offers, manipulating spending, remembering when it’s time to wiggle out of annual fees, tracking redemption rates—is tedious, time-intensive work. Work that contributes very little to society. Work that probably no one really needs to be doing. And, work that limits its “employees” to a particular platform. The payoff from all your hard work can generally be spent in only one place.

The biggest rewards in travel-hacking aren’t gained at the direct expense of the airlines. The most savvy travel-hackers sell their knowledge to the lunchpail passengers, mileage serfs trying to hitch a free ride in a very complex ecosystem.

Protesting global capitalism by racking up frequent flier miles is about as effective as supporting musicians by listening to the radio.

This is the imbalance that prevents the mileage game from acting as a leveler of capitalism. With points, some people manage to extract some highly discounted luxury goods. A few unwashed bloggers slip into a first-class flight to Singapore. But travel-hacking is accessible mostly to the right kind of people—the people who would likely be doing pretty well under capitalism already. People who have good credit scores and full-time jobs that don’t leave them too exhausted to research which pudding cups carry which bonuses. Banks have known all along that certain credit card users were going to push the boundaries of their programs—they’re not mad about it. If you’re not a valuable contributor to the global engine of finance you were never going to get those magic miles cards to begin with.

For every monastic travel-hacker who stashes away miles after clearing only the lowest terms and conditions bar, there are more than enough paying stiffs to keep the whole system going with finance charges and merchant fees. Travel-hacking strengthens the position of credit card companies, tightening the circle of travel providers and financiers. Protesting global capitalism by racking up frequent flier miles is about as effective as supporting musicians by listening to the radio.

Last week, I took a trip out to the West Coast from New York. I broke all the cardinal rules of travel-hacking. I paid in miles for a domestic flight—on some of the busiest, cheapest routes—a terribly inefficient redemption value. I flew during convenient hours, and right before Thanksgiving, weakening my bargains even further. The experts over on FlyerTalk would not approve. But, this time I realized that if the airline heavyweights didn’t need to fear my travel secrets, maybe I didn’t need another part-time job dealing in their proprietary boodle.

James White is the web developer and content manager for The Baffler. Obviously he is on Twitter.

LinkedIn Will Email Your Exes For You
The Baffler
Word Factory 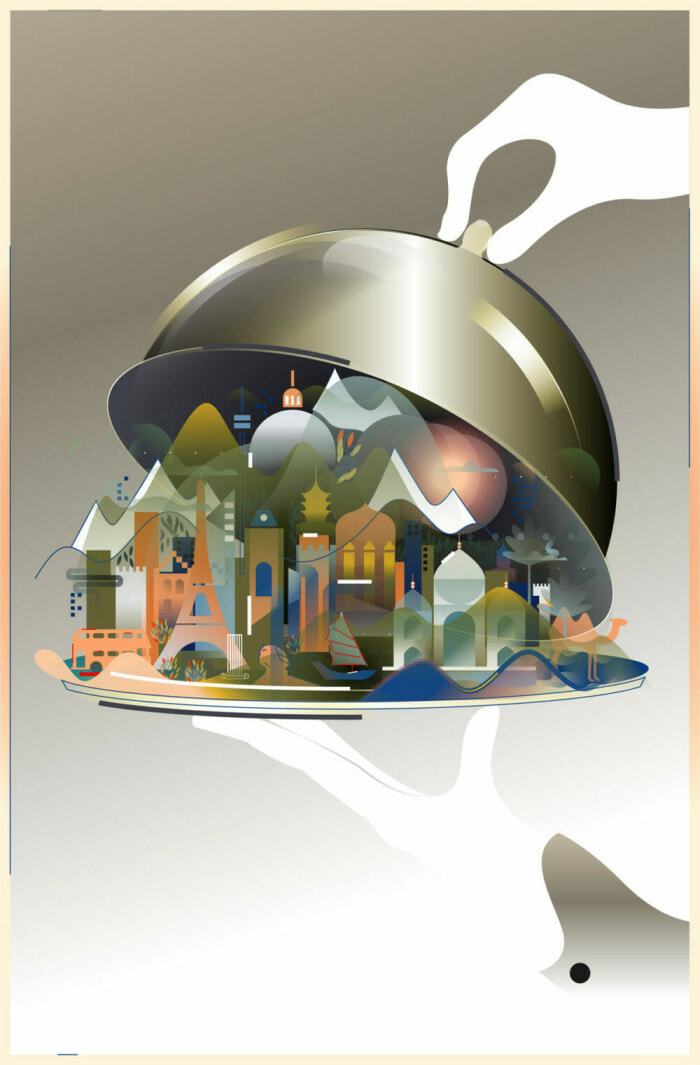