Business news is the worst part of mainstream media. You’re no better informed by reading it than by reading nothing at all. In fact, you might be worse off—if you’re sucked into the assumptions of neoliberal economics that are the only existing reality on Wall Street. Those theories boil down to one point: It’s your fault if you’re poor.

This September marks the tenth anniversary of the Lehman Brothers’ collapse, the event accepted by the media as the beginning of the subprime mortgage crisis. Expect the stories solemnizing the occasion to run alongside ones that assume big predatory firms aren’t in the process, at this very minute, of causing another crash.

Take, for example, recent stories about Goldman Sachs, which wants to goose its revenue $5 billion by 2020. So among other projects, it’s opened new business lines in lending and Bitcoin trading. That should make your skin crawl.

A recent story in the Financial Times, however, doesn’t mind that the firm’s new online bank is making subprime loans, a disturbing fact delivered thirty-two paragraphs in. While executives want to lend to “prime” customers likely to pay loans back, “the bank has been dipping below that level.” That’s an awfully deferential way to describe it, given that subprime loans caused the 2008 market crash and Goldman was one of the largest underwriters.

The Times sees Goldman’s venture into Bitcoin-trading as part of a “push to position itself as the most technologically sophisticated firm on Wall Street.”

Or take the New York Times article about Goldman’s new business built on Bitcoin—a scam best represented by the cryptocurrency ATMs around Manhattan that allow you to deposit money but not withdraw it. To the Times, Goldman’s project is just a “big push to position itself as the most technologically sophisticated firm on Wall Street.” The financial crisis of 2008? Yes, well, “the firm faced significant criticism,” but let’s not belabor the point—or even discuss it at all.

Consider that Goldman “has engineered every major market manipulation since the Great Depression,” as Rolling Stone memorably put it in 2009. Consider that it used government bailout money to hand bonuses of at least $1 million each to 953 employees after the 2008 crash and that it paid just $14 million in taxes that year. Then decide whether these boot-licking articles are anything other than free PR for a vampire squid.

A typical criticism of business-page reporting is that it’s not really for regular people, it’s for investors. And, sure, it acts as another set of society pages for richies and helps them make money. But that’s not all it does. Financial news depicts Wall Street from the Wall Street perspective. And it depicts us as Wall Street sees us.

Think about the MarketWatch article from earlier this year, widely mocked on Twitter, which repeated an investment company’s claim that you should have twice your annual salary saved by the time you’re 35. That column isn’t just laughable tripe; what it really does is launder finance industry propaganda that says people don’t have enough money because they’re not saving enough. Not because specific policies have sapped their money, not because retirement products sold by Wall Street don’t work, not because of a tax code that was bad even before Trump got his hands on it. Because of individual bad decisions. It’s your fault!

It doesn’t take a special background in finance to understand that’s a lie. You likewise don’t need to know the details of the Dodd-Frank Act or Trump’s efforts to dismantle it to know something is very wrong in our economy, despite what so many articles would have you believe these days. But here’s some data anyway.

Just like before the 2008 crash, personal debt is at an all-time high and some borrowers are defaulting at an increased rate, for example on car loans. Total household indebtedness is $13.2 trillion, the Federal Reserve Bank of New York said in May, $536 billion more than the last high point, which was in 2008. For some perspective, with $13.2 trillion, you could fix Flint’s water crisis more than 60,000 times over. Meanwhile, corporate debt has also grown to an all-time high, with $5.3 trillion in outstanding corporate bonds—and half of the bonds issued in recent years have been downgraded to “junk.”

Total household indebtedness is $13.2 trillion, the Federal Reserve Bank of New York said in May, $536 billion more than the last high point, which was in 2008.

When it all comes crashing down, you know which group will get a bailout. For everyone else, another crash will compound the misery caused by the last one. The share of U.S. households that relied on food stamps went up from 19.6 percent in 1989 to 31.8 percent in 2015, the United Nation recently reported. It described a long-term decline in employment rates and pointed to a Stanford Center on Poverty and Inequality study from last spring that reported 89 percent of men ages twenty-five to fifty-four were employed in 2017, down from 97 percent in the late 1940s. That might seem insignificant, but if the earlier employment rate had held, nearly 5 million more people would now have a job. One startling data point from the UN report: there was a 748 percent increase in the number of children of single-mother families experiencing annual two-dollar-a-day poverty between 1995 and 2012.

I have been covering the investment industry since right before the 2008 crash; and immediately afterwards, executives, board members, industry attorneys, and consultants began mentioning the inevitability of another one in passing, joking about it, treating it as a given—though they would never say that market crashes are a feature of capitalism. Instead they say that it’s a “natural” part of a free market, a tide going in and out.

Economist Richard Wolff, author and visiting professor at The New School in New York City, describes media’s acceptance of the natural order of boom-and-bust cycles as a facsimile of the conventional wisdom that gets drummed into econ majors and MBA students. Those people grow up to be the sources journalists turn to for explanations.

“They’re adding cement to the already stiff architecture,” he said when we spoke over the phone this spring. “What is done in the classroom by the professor is disseminated in parallel ways to a larger public . . . the interested or enlightened reader is given the same ideological training or indoctrination.”

Obvious examples of that are the economic assumptions that mainstream journalists repeat, such as ever-increasing growth as a sign of a healthy economy and not of, say, cancer. “I usually lump them together: academics, politicians, and journalists all have a language for economics that is suspiciously integrated. Until recently it was a celebration of neoliberalism that was like a universal truth . . . that was painful to read,” he said.

Journalists, like economists, are worried that if they step outside those common explanations they’ll be branded as radicals and excluded from the profession, Wolff said. As for Goldman, it excels at using some media outlets to burnish its image. “They had to do something that would get a story that would make them look full of sharp young men and women who are able to identify on the spot every new trend, every new opportunity, so they can go in and get matching rates of return,” Wolff said. “It’s a fairly common way these houses use journalists to massage their reputations.”

ProPublica Senior Reporter Jesse Eisinger, who said on a panel discussion last year that “business journalism fails spectacularly in holding the powerful to account” recently told me it wasn’t all bleak, and noted that some news organizations had increased their business investigation teams after the 2008 crash. He said that an adjustment in reporters’ approach could bring about a significant, positive change that would make the business pages more useful for regular readers.

“Business journalists should be encouraged to orient themselves in thinking that all their stories should be about what their impact on society is. Not just for the companies and not just for investors, but the impact on society; and you should think about covering the way the company interacts with its customers and government and competitors and regulators and employees through the prism of what’s good or bad for society,” he said. “That shift in orientation would be enough to dramatically alter the way people approach covering corporations.”

Yes, that would be great. But I don’t expect it before the next crash. 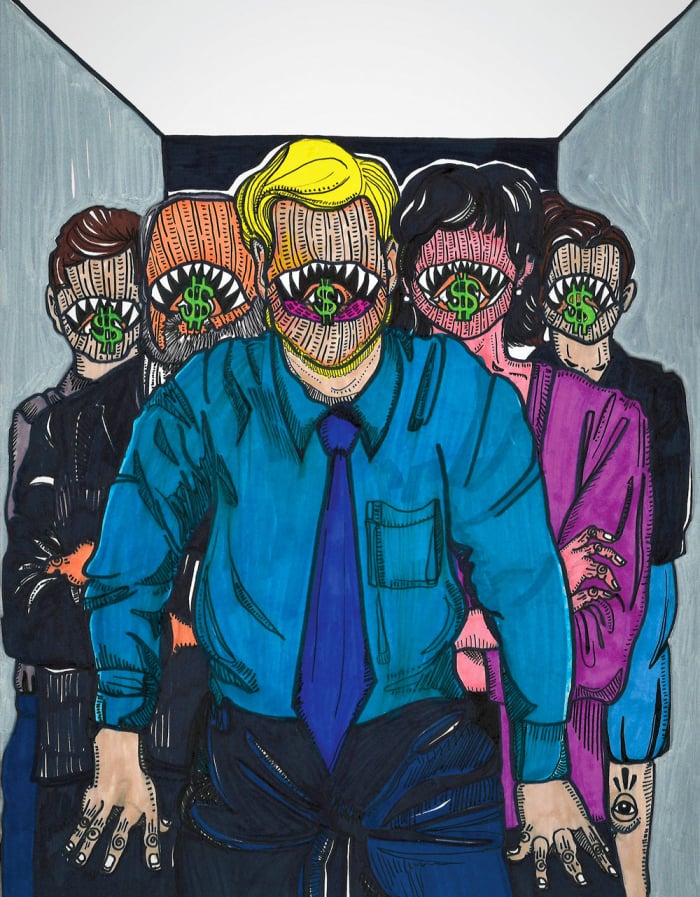 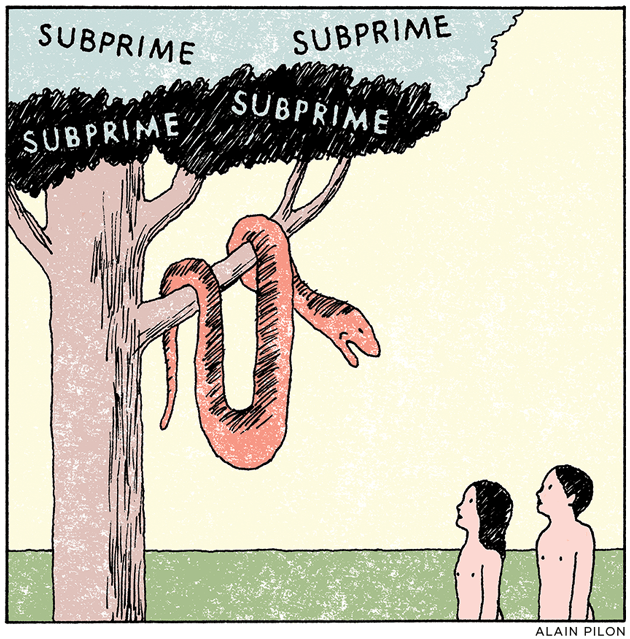 Deal Me Out
Alex Pareene
Salvos