I am an average dude from an average family in an average place. I’m in the social work field and my job gives me a sense of deep satisfaction and a (mostly) adequate income. I’m a committed socialist, and I’ve had the benefit of a good education. I’m more prone than most to depression but it could be worse. As I approach thirty, my life has stabilized along with my temperament, and all in all my situation is fine. The problem is the future.

I don’t have to tell you that things are bad and getting worse. I won’t bother counting the ways. But when I look to the future I don’t see anything good. I want a family and a modest, happy life, but I don’t see how that’s possible anymore. It looks like the world is just going to keep coming apart ecologically, economically, and socially. Everything is in free fall. In this context, my options seem limited and bleak.

Do I hole up in the mountains and become a prepper with a cache of guns? Do I cash in on being a straight white guy and hope the pre-existing hierarchy works in my favor? Maybe I could just say “fuck it” and opt for decadent nihilism. Alternatively, I could keep trundling along and pretend everything is fine. All of these possible futures make me feel sick to even think about, and truthfully I would rather die.

I can’t talk to my friends and family about this. My parents have the blind optimism of all boomers, and my friends think I’m just depressed. Sure, I’m looking at things from a distance, but why the fuck shouldn’t I? If the world is going to end shouldn’t someone be paying attention?

What I want, desperately, is some kind of hope for the future. I want to fight for a better world, but I have to know that’s even possible. I want to embrace even the barest possibility that the things could get better in a meaningful and practical way. As it stands, though, I can’t shake the feeling that we are all fucked, and it’s all I can think about.

I know it’s a big, vague, dramatic question but I’m asking without a shred of irony: Is there any real hope for the future?

A Man Without a Plan

I’m not being glib. If you don’t believe me: try reading about literally any other period in history, almost anywhere. The bulk of human history was absolutely awful for everyone except the elites—and even then only if they were blessed with the sort of robust health that really came in handy in the eras prior to modern medicine. We’re talking “poor, nasty, brutish and short” in ways that are totally unknown to most people in the developed countries. Obviously we’ve hit a wall and taken a few steps back recently (stuff like clean drinking water, for example, used to be something you could usually take for granted in a place like Flint, Michigan). But it’s not like we’ve suddenly plummeted into irrevocable doom.

In fact, there’s nothing particularly significant about this moment in time except for two big factors:

The first is climate change, and it’s pretty urgent, I’ll grant you. People and animals are dying. Far too many things are on fire, melting, sinking, etc., but we know what we need to do, and it’s a hard row to hoe, but it’s not impossible. As for the “too late” stuff, don’t buy into fatalism, and don’t let anyone make you feel bad for not panicking performatively enough or adopting the doomsday gospel of the more apocalyptic greens.  (Leigh Phillips’s Austerity Ecology & the Collapse-Porn Addicts is a thoughtful and cool source on this.) Don’t underestimate the ability of humanity to pull a socialist deus ex machina out of its ass at the last minute. We’re very resourceful.

The second force setting our own dismal age apart from all the others is neoliberal capitalism: this one’s more complex, but it’s all dialectical. We have just recently witnessed the liberal project—heretofore believed by the elites and most of the world over to be the inevitable endpoint of history—crumble before our very eyes. We’re allowed to be a little ambivalent about this because it has increased suffering, but it has also both exposed and accelerated capitalism’s crisis of credibility. It means we are now at the end of the end of history. The cracks in Fukuyama’s thesis are showing and now we have to figure out what’s next.

This is all to say that your friends are probably right—you probably are depressed, which is natural. Humans are social creatures (whether they like it or not), and constant exposure to human suffering isn’t very good for us and often results in depression, psychosis, compulsive behaviors, and the like. I recommend a few practical measures to treat your post-liberal pessimism.

1) The internet, especially social and news media, should be strictly rationed. People always think I’m not serious about this, but if you become a media junkie—and especially if you’re mainlining the worst variety of media—you will lose your mind. Just read a bit of BBC or Financial Times once a day (or listen to the podcast digests), and stay away from the social media echo chamber. Marinating in the soul-stunting discourse of social media only leaves you panicked and/or depressed, and far less able to process information.

2) Find a way to contribute to the larger project. You’re a social worker, so your actual vocation might cover this. I don’t recommend that professional do-gooders spread themselves too thin by taking on too much extra do-gooding in their off-time. Physical, mental and emotional fatigue are real, and if you don’t guard against them you’ll get burnt down to the filter real quick. Everyone has a role, and you probably know best what you can give.

3) Reading about the world more broadly and talking about it in real life with real people is good for you (we’re talking long reads and books here, not hot takes). Slavoj Žižek actually has a pretty good track record. He’s more right than wrong, and he never gets any credit just because academics are unjustly prejudiced against silly people who are frequently right and unjustly prone to promote silly people who kiss ass. I also like Catherine Liu, Vivek Chibber, Adolph Reed Jr., Mark Fisher, and Angela Nagle. I don’t agree with everything any of them say. That’s not the point. You’re trying to assemble an understanding of the world from a bunch of different accounts. It’s kind of like Rashomon.

Sometimes it’s better to read conservatives on liberalism, because—being outside the forest and far beyond the trees—they often see something we don’t. Even when they’re wrong it’s a good exercise for you to be able to articulate why. Christopher Lasch’s Culture of Narcissism is a classic takedown of liberal culture from a cranky left perspective that verges at times on conservative cultural ground, and I’m having a good time with Patrick Deneen’s new book, Why Liberalism Failed, even though he’s a weirdo Catholic localist who wants us all to live in yurt villages or some dumb shit. Again, you’re not going to agree with a lot of these people; that’s not the point.

Liberals in particular are not very useful at this juncture, as they all appear to be rending their garments and gnashing their teeth online rather than dealing with the reality of politics—another reason to avoid social media. There are a few very thoughtful ones though. Edward Luce’s new book is pretty good—mainly because he’s part of that tradition of British aristocrats who figured out quite early that the only way to avoid a bourgeois revolution is to stave off working-class misery a bit. Plus, despite the limitations of his analysis (hobbled by his tragic refusal of the glorious science of Marxist-Leninism, no doubt) he appears to be a good person, who would prefer people not suffer. (I needn’t tell you that’s hardly a defining trait  of the contemporary liberal, many of whom are some of the most vicious and punitive people you’ll ever meet.) Mostly though, liberals are sitting in their prom dresses at midnight, tearfully insisting that their dream date will show up at any moment. (And although I make a living expressing my contempt for the liberal media and political classes, I suggest you try not to rub this failure in the faces of earnest civilian libs; they’ve just watched their worldview collapse, and the dress was so pretty.)

My purpose here isn’t to bog you down with a reading list, but to show you that there is a vibrant and hopeful world of brilliant people who spend most of their day thinking about our current crises, and they still believe in a future.

4) As for the family thing—and I cannot stress this enough—it’s okay to have children. They’re not a frivolous luxury item or an irresponsible venture. Again, some historical perspective helps here; do you know what conditions your ancestors had to raise children under? I mean maybe you’re descended from landed gentry, I don’t know, but the vast majority of childhoods used to just be garbage. Not too long ago, we had them mining coal. (And lawn darts weren’t even recalled until 1988!) You want a modest happy life, so live your modest happy life. Fasting feeds no one.

It’s normal and rational to feel scared and hopeless sometimes—it’s a sign that you’re paying attention. And you’ll likely cycle in and out of those feelings your whole life. But the work still needs doing, and providence is contingent on faith in a future. So read nutritiously, socialize, take breaks, step back, compartmentalize, enjoy what you can of life, and refuse to despair. Stoicism must sustain us during the lean times, but cool heads and hopeful hearts are what make for the best comrades. 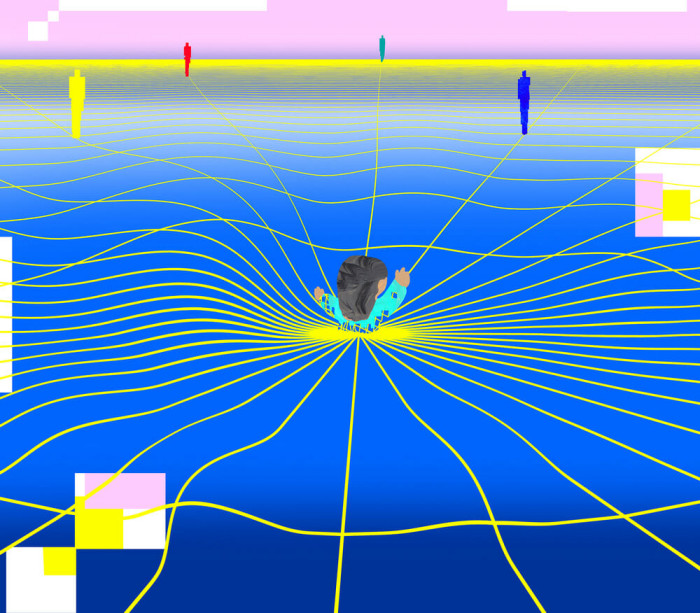 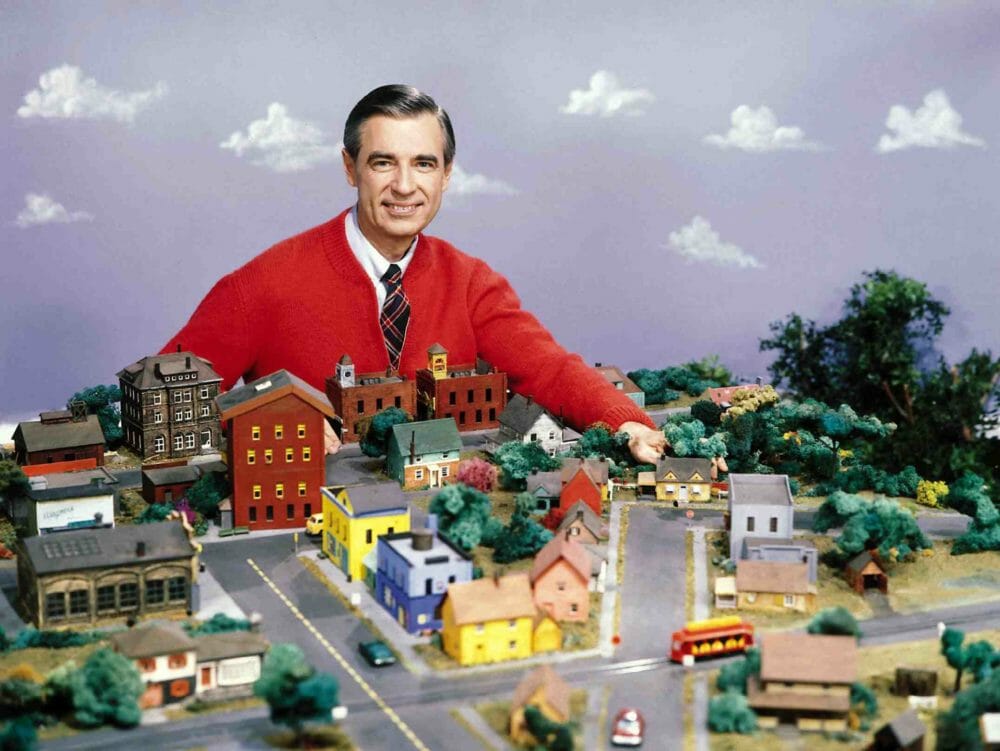 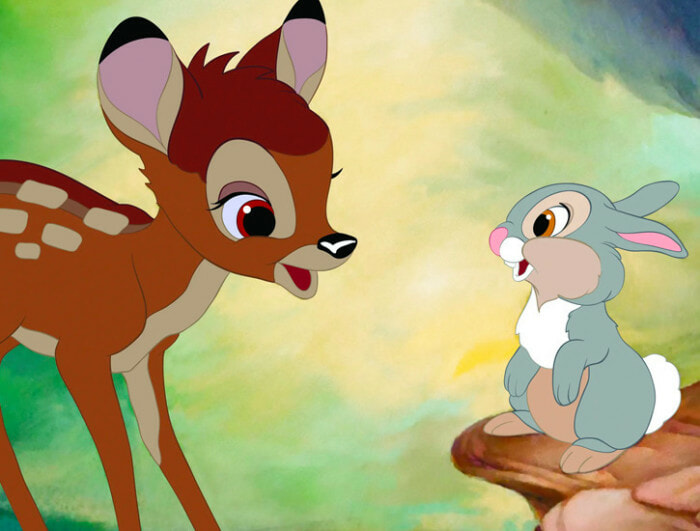