This is the fifth in a continuing series devoted to reporting on the experience of doctors at the frontlines of the battle against coronavirus. Next week, Rafia Zakaria returns to her regular column “Alienated,” and will thereafter occasionally file a “Medical Front” column, as the pandemic story continues to unfold.

“It’s like we’re at the center of a nuclear radiation zone,” Professor Liu Liang says of performing an autopsy on a Covid-19 patient. Dr. Liang, a soft-spoken man who specializes in forensic science at Huazhong University of Science and Technology in Wuhan, China, is one of the first pathologists to undertake this dangerous task, opening up a human body that has succumbed to the virus and is likely releasing the virus from all its tissues. These bodies continue to secrete infectious fluids, and any “aerosol generating procedures,” such as the use of an oscillating bone saw, can release the virus into the air. In a small autopsy room, the doctor says, the distance between doctor and patient, the living and the dead, is rather small.

Such is the nature of the virus; it transforms the body into something deadly, radiating disease in tiny unseen droplets and particles. As more and more pictures of what is inside the dead emerge, Covid-19 is no longer something inchoate or invisible. In the organs of the Covid dead, it is fully and visibly present. In some it is in the blood clots that caused strokes or in the blockages that caused heart attacks. It is in lungs that are heavy and hard; it is in the viscous fluid that often covers the lungs when bodies are opened up for autopsy.

A journey through another set of autopsy pictures, published in a preliminary study by a group of Louisiana-based medical pathologists and biomedical engineers, examines organs of patients from New Orleans. A week before it was released, a data analysis conducted in southeast Louisiana found that New Orleans had the highest death rate per capita of any hard-hit city in the United States. The recovered organs depicted in the study belonged to four men and women (the numbers of each are not disclosed) all between the ages of forty-four and seventy-six; like a disproportionate number of the victims of Covid-19 in the United States, they were all African American. In death and now on cold steel tables, there are no names.

But their organs tell stories anyway. The lungs of all the patients were hard and heavy, often a sign of acute respiratory distress, without the spongy textures that lungs usually have. Debris-filled lungs like these cannot effectively transfer the oxygen we need to live. It is strange to think that the last breaths that these patients took—or the breaths that they could not take—remain trapped in these lungs. One patient’s lungs were full of “thick, white mucous,” which sounds a lot like what Professor Liu Liang found when he cut open one of the earliest dead from Covid-19 in Wuhan. The other three Louisiana patients had “pink froth” in the airways of their lungs.

By looking at microscopic slides, we see the war against Covid-19 at the cellular level.

The picture labeled “C” shows the red lungs of one patient. To us—to me, a non-doctor—they appear fine, red and fleshy, as I imagine healthy tissue to be. They aren’t, though. Little white arrows added by the study’s authors reveal dark clots. Here are the thrombi: blood clots that have clogged up the smallest vessels of the lungs, making it impossible for blood to travel in and out of them, oxygenating themselves and then the body. Here is a story of death, likely the truest story of death, without any words or punctuation.

Then, there are the pictures of hearts, which reside in our emoji-dominated mindscape as red and happy, free to give and to receive. Our real hearts, even the pulsing beating ones that still reside in our chests, are not so picturesque. Dead hearts are even less so, as they reveal secrets of a virus that has reduced us humans to something like scared and primeval creatures of the past. The three hearts examined in the study—out of our country’s more than sixty thousand dead—all exhibited “cardiomegaly,” which means that they were enlarged. In the most enlarged one, the chambers are unequal; one, grown grossly large, pushes against the septum that divides up the parts of the heart.

Looking at microscopic slides offers some respite. Reagent and much magnification reveal the war against Covid-19 at the cellular level. By themselves, the pictures of the slides look geographic, terrain maps of a complicated anti-linear city. There is loss in these internal streets; the enlarged nuclei of dying cells are dark. In another, dead cells litter the inner landscape, a rout that ends with the virus winning.

It makes sense to end our “Medical Front” series here (for now, at least), having focused on doctors,  enlisted without their consent or sometimes without their knowledge to fight what the president, so regularly wrong in his estimations, has called an “invisible” enemy. In the process of learning lessons from the dead, this myth of invisibility has been annihilated. There is no invisibility at all. There the virus is, producing bouquets of blood clots that scatter like hundreds of tiny deadly blooms, get stuck, and harden. We have known about hard hearts; Covid-19 has also revealed the internal turmoil of dead lungs.

Covering our bodies with masks and gloves and even plastic shields, keeping our bodies distant, out of touch, without kisses and hugs and even handshakes, seems an enduring condition of our new survival.

America and Americans have been very busy taking pictures in these moments of seclusion. America is, as Sontag long ago put it, in a “chronic voyeuristic relation” to the world, looking always to turn what is seen into objects. Photographs are rarely actually printed anymore, but the relation between the endless conversion of reality or perceived reality into image continues. The pictures of Covid-19 change this relation somewhat; in them is the corporal reality of the body, the deceased body. The suddenly accessible pictures of what happened inside show what could happen inside any one of us.

The autopsy story, then, is what America most needs now. It is the story of what doctors, with their instruments and their imaging, are trying to discover before the body is only a corpse, while it is still human. An autopsy is also an admission of failure, that the minds of the healers have been defeated by the alacrity and devious destruction wrought by this virus. The autopsy pictures are necessary because they accord to our current moment, when bodies are everything, in a way that they have not been for a terribly long time. Covering our bodies with masks and gloves and even plastic shields, keeping our bodies distant, out of touch, without kisses and hugs or even handshakes, seems an enduring condition of our new survival. All day we wonder what we will put in our bodies; the circus of obtaining food in a frightened world takes up, for most of us, more of our time than it ever has before. The secretions that emerge from us, projectiles of spit or mucus, are now the subject of constant debate and discussion; the difference between ballistic and aerosolized droplet transmission has been discussed at length by very smart people on cable television.

The crude correction pushed by coronavirus is the forced return to this recognition of our own corporeality and its fundamental fragility, despite our many very clever interventions. In a philosophical sense, the failure to master Covid-19 has called into doubt and perhaps delegitimized the confidence imbued in us by modernity and its aftermath. We can look under microscopes and find the cells that spell death, but to get to them we have to wait until death: until the primeval cutting open of a body, the excision of the organs, weighing and feeling them for portents of the future.

It is bleak, all of this, but there is freedom in it. Without the burden of proving the thesis of modernity, where the human is cerebral and the physical is base, the incorrect root of things. Perhaps we are not all soldiers in some eternal and linear march of progress. Like the ancient Greeks, we still study entrails to find clues to our futures. Like them, we are only sometimes right. 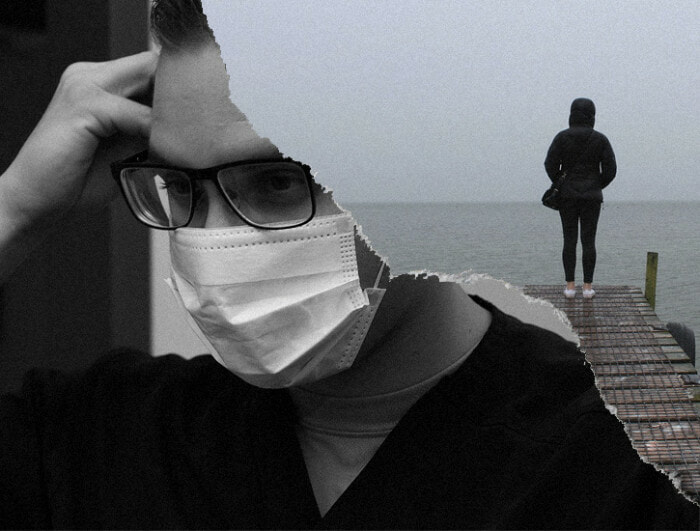 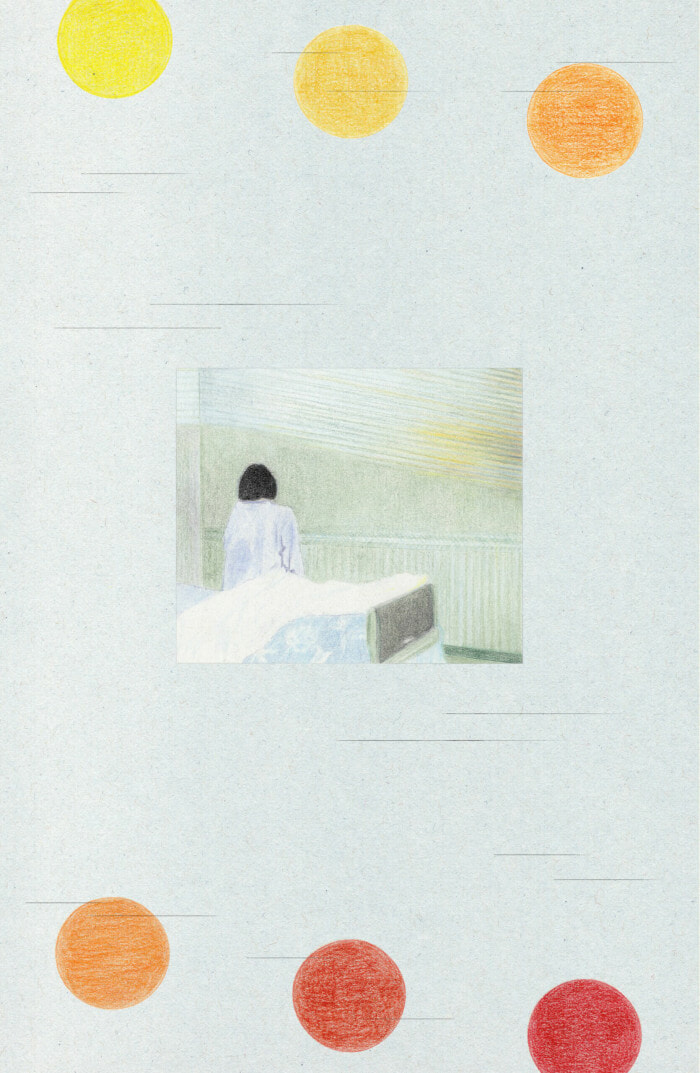 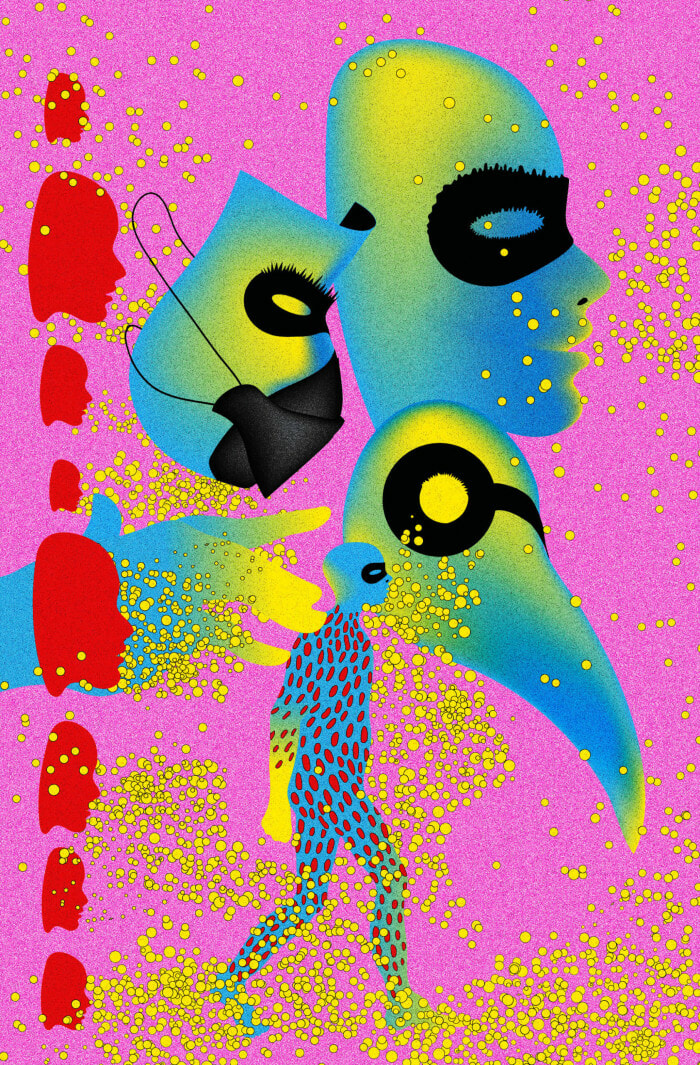