My twin brother is a doctor. We celebrated our birthday this past Tuesday, April 7: our first one with me in quarantine. He is in California, working the frontlines of the war against COVID-19. I am sequestered by a lake in Indiana; my chronic lung disease, a complication of rheumatoid arthritis, makes me especially vulnerable to the virus.

The most frequent question twins get is “What it is like to be a twin?” It is also the most difficult question for us to answer. We are born and develop in such an intertwined way that it is impossible for us to imagine what it would be like not to have a twin. We cannot trace the genealogy of our implicit division of labor; when did we reach an agreement that I would be the talkative one? When did we decide that he would be the protective one? And when did we agree to be equally excitable people? We couldn’t tell you because we do not know. It is just the way it is, the way we are.

When we were little, we worked each other up into states of high anticipation and excitement over our birthday. The paired nature of our existence lent itself to this kind of operation. You never had to wonder about presents alone; you could do so in endless conversations that would tire a sibling who was not about to have a birthday too. For us, April 7 rose shining and luminous and extremely momentous for the fact that it was not the ordinary one-person birthday but a birthday for two. The fact that we knew other twins (my mother is an identical twin) didn’t change the reverence that we attached to this day, our birthday.

We are born and develop in such an intertwined way that it is impossible for us to imagine what it would be like not to have a twin.

The matter of presents was terribly important to us, and we never tried to hide it. Our largest haul came on our tenth birthday, when we decided to have a “together” birthday party—all his friends, boys, and all my friends, girls—an afternoon of cake and soda and games. There were problems from the start. An hour before the party, my brother got a nosebleed that just wouldn’t stop. Then there was the friction between our guests, the boys shaking up the soda bottles and spraying the girls with them. By the time it was over, everyone was soaked and  sticky and sullen, but the presents they had brought were not. We arranged them on our beds later in the night and ranked them all by preference.

The matter of giving each other presents was a tricky subject. We demanded equality from everyone else in their dealings with us: every slice of pizza, every sip of soda divided exactly. This dominated our life to such an extent that we usually decided to give each other the exact same thing: a bit of money, a bag of chips, and so on. The irony of this act, that it was equivalent to not giving each other anything at all, never occurred to us. We have grown up a bit since then, and the years and careers have meant that we can afford to be more generous. The unfortunate side effect of adulting has also means that whatever we may want, we can likely buy ourselves.

We still give presents, however. The fact that we cannot cut the cake together (we always had a single cake for our birthday . . . a long story on its own) still draws pathos and wistfulness from us both. Twins are happiest around each other; having another person around you who can hear your inner voice, for whom the unsaid is implicit, makes life so much easier and alienation impossible.

This birthday was different. Separated by thousands of miles, we are both fighting battles. He is in harm’s way, diagnosing and treating patients. I am sequestered more strictly than most and likely much longer than most. I know that I have a truly terrible chance of surviving COVID-19, were I to contract it. Both of us live in the constant unrelenting paranoia that we could have been exposed, or endangered others, in different ways. I worry constantly and crazily about him, and he does the same for me.

So I thought hard about what to get him this year. I wanted it to be special, something he could not get or would not get for himself.  Everything I could think of—framed pictures of us, fruit, cheese, our favorite snacks, cologne, clothes—all seemed banal against the high drama of the moment: a birthday falling in what the news is calling “peak death week.” All of these thoughts swam lazily in my head when I opened my medicine cabinet to take my medication. Like so many other patients with rheumatoid arthritis and systemic lupus, I take hydroxychloroquine, or Plaquenil, to control disease progression. When I began taking it years ago, I never dreamed of a day that the name would be all over the news, and even peddled by America’s reality-star president.

When I heard about hydroxychloroquine’s possible effectiveness in treating COVID-19, I immediately called my brother. I wanted him to get some for himself. Like many doctors, he was unconvinced: a few small studies, with very mixed results. His only concern was that I should have enough of the drug to take myself. Because he was so worried, I called my pharmacist to insure that my prescription could be filled. Days before the president announced his “feeling” that it was a potential cure and the drug became unavailable to many patients like me, my pharmacist filled a three-month prescription.

I do not believe the president when he says hydroxychloroquine is a cure or even a treatment for COVID-19. At the same time, I know from talking to doctors other than my brother that the drug is being given to patients with COVID-19 on a trial basis. I also know that there are trials in which health care workers are being given the drug prophylactically, before they ever get the virus. The belief is that while the medicine may not cure the virus, it can reduce the “viral load” and prevent a cytokine storm, the avalanche of antibodies that can trigger Acute Respiratory Distress Syndrome or ARDS, which in turn can cause death.

He called and, in a joking conversation, told me that he had his affairs in order but that I would have to help his young family in the event something happened to him.

That is the trial use. In my own body, the drug modulates my already out-of-whack immune system, reining in its penchant for attacking itself or causing such inflammation in my lungs that breathing becomes labored. Having a chronic lung disease, particularly without medicines like Plaquenil, means living in a constant state of flu-like aches and pains. When there is a particular flare-up of the illness, my lungs are unable to oxygenate, which causes hypoxia. In simple to understand terms, it is hell—a chronic hell tempered by drugs like hydroxychloroquine.

A few days before this coronavirus hell began, my brother already knew that it was coming. He called and, in a joking conversation, told me that he had his affairs in order but that I would have to help his young family, a wife and son, in the event something happened to him. That was the first day of March, and it felt a bit dramatic then. It does not now. One week before our birthday, I took my Plaquenil bottle and counted out thirty pills. I put them in a plastic bag. I took two pieces of paper and folded them like a letter. I put the bag inside them and then put that in an envelope. I wrote my brother’s address on the front, attached a few more stamps than usual and then walked down to the mailbox and put it inside.

It is an odd birthday present: an unproven drug sent to my twin, the doctor who is on the frontlines. I do not know if it works, but in our enduring pact of equality, if I have access to it, even if only for just now, I want him to have access to it too. I have nothing else that would be useful, no other way to protect him, so I sent him what I have. Like all our childhood offerings to each other, it was a present that was mostly for me. 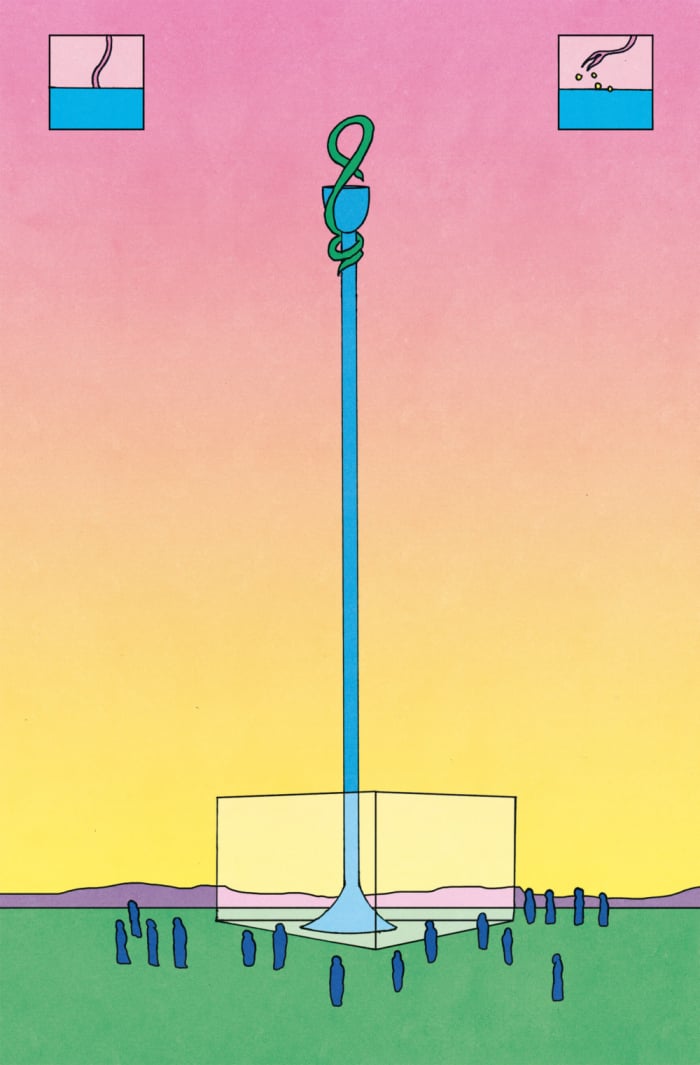 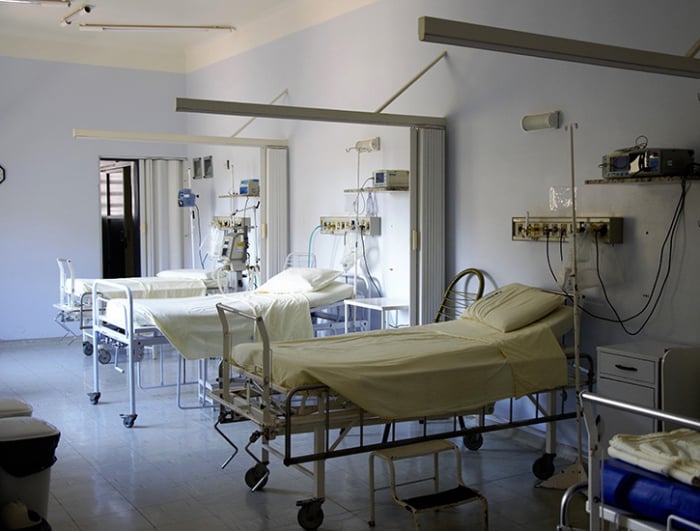 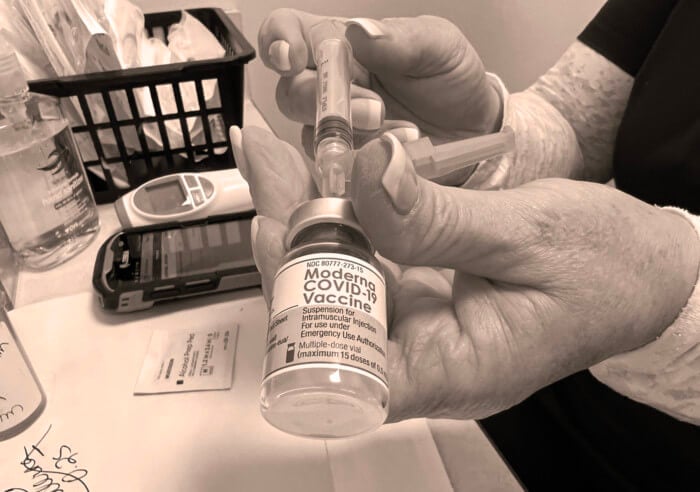