On December 11, 2019, the parliament of India voted overwhelmingly to introduce a religious qualification for citizenship. The Citizenship Amendment Act 2019 (CAA) offers all undocumented migrants from Pakistan, Bangladesh, and Afghanistan a route to naturalization, provided they are not Muslim.

The amendment appears to violate the Indian constitution’s most cherished value of equality. Article 14 guarantees that the state cannot pass laws that make unreasonable, irrational, or arbitrary distinctions among persons irrespective of their citizenship. Plainly, the CAA does not fulfill these requirements. The act is also incoherent on the terms the Bharatiya Janata Party administration is trying to sell it by. Prime Minister Narendra Modi’s proclaimed purpose is to ameliorate the condition of persecuted minorities in the region. If this is the case, there is no obvious rationale for limiting the legislation’s purview to exclude other neighboring countries like Myanmar, Sri Lanka and China, where Rohingya Muslims, Tamil Hindus, and Tibetan Buddhists, respectively, have faced terrible persecution (and have historically sought shelter in India). More to the point, there are Muslim sects victimized in the countries covered under the bill—the Ahmadis in Pakistan and Hazaras in Afghanistan—who will not be granted refuge under it.

In any case, there is no good reason why religious persecution, as opposed to persecution on any other ground however severe, should be given special treatment at this specific moment. Each of these reasons renders the law vulnerable to legal challenge. But that has not stopped the government and its partisans from claiming that the law is needed to protect refugees. As for the Muslims left out, they are taken to be illegal migrants.

The attempt to ideologically distinguish between different types of aspiring citizens —Hindu versus Muslim, refugee versus migrant—has a longer history in the Indian subcontinent, arguably going as far back as Partition. This binary perhaps saw its most consequential manifestation in the debates around citizenship in the northeastern state of Assam.

During the 1971 Bangladesh war of secession, large-scale atrocities by the Pakistani military forced millions of Hindu and Muslim Bengalis to seek refuge in India. Many found their way to the bordering state of Assam, where there had already been a significant population of Bengalis by early 1900s. The scale of migration heightened the anxiety among the local Assamese that the Bengali migrants would overrun their homeland and turn them into a minority. For six years a mass civil agitation led by students called for the government to identify and dispel who they considered to be illegal migrants. In 1985, the Indian government relented and passed an agreement christened the Assam Accord. The centerpiece of the federal contract was what the Accord called the “foreigners issue.” The Assamese conceded that all undocumented migrants who came to the state up to March 24, 1971—a day before Bangladesh declared its independence from Pakistan—would be given Indian citizenship. In return, Prime Minister Rajiv Gandhi promised that the central government would deport all foreigners who entered the country after 1971.

This agreement inaugurated a vast bureaucratic regime—consisting of the border police, foreigners’ tribunals, and detention centers—for detecting and incarcerating suspected foreigners. In 1997, India’s election commission classified thousands of individuals as “doubtful” voters without any hearing. The government referred their fate, and of many others identified by the border police, to tribunals, which have become notorious for playing fast and loose with rules of procedure and evidence. The detention centers—usually cordened off sections within prison compounds— operate in a legal vacuum. Detainees are often denied any legal aid, or basic visitation and parole rights. Until very recently, they faced the prospect of perpetual confinement. Responding to a public interest petition filed by the human rights activist Harsh Mander in May 2019, the Supreme Court limited the maximum detention term in such centers to three years, provided detainees periodically appear before the police.

All this did little to satiate the fear of demographic change. In 2000, prominent Assamese activists approached the Supreme Court to intervene in the existing mechanisms of identifying and deporting foreigners. In an unprecedented judgment, the court shifted the burden of proof—the responsibility of producing documentary evidence—from the government to the individual. The fact that the majority of citizens, like in the rest of the country, were poor, landless, mobile, and illiterate, with practically no government documents, was of little concern.

This hyper-legalization of the everyday came full circle in 2013, when the Supreme Court ordered the compilation of an exhaustive list of citizens in Assam. The court wanted all residents of the state to submit documents to a bureaucratic department it monitored directly. This list, Assam’s National Register of Citizens or NRC, was envisioned as a hallowed scroll containing those who rightfully belong to the land. The court thus universalized the suspicion of foreign-ness. Now everyone in the state was an alien until proven not. After dozens of suicides, numerous families pushed to financial ruin, and $170 million spent from public exchequer, around 2 million people stand excluded from the Assam NRC in August 2019, staring at the prospect of being rendered stateless. Among these are some of the poorest people in the state, both Hindus and Muslims.

The Indian government now proposes to extend this process to the entire country in the form of the National Register of Indian Citizens (NRIC). The BJP has pitched NRIC as its masterful strategy of identifying all infiltrators (Union Home Minister Amit Shah uses the ugly Hindi word “ghuspaithiya.”). As in Assam, there is every chance the process will end up excluding numerous Hindus, who the BJP seeks to consolidate as a vote bank.

The Citizenship Amendment Act offers a neat resolution to this problem. It promises to offer citizenship to all the Hindus left out of Assam’s NRC, as well as the NRIC, as long as they arrived in India before 2015, on the assumption that they are fleeing religious persecution from other countries. Not known for his subtlety, Shah said at a BJP press conference on April 23 that, “First the Citizenship Amendment will come. All refugees will get citizenship. Then NRC will come. This is why refugees should not worry, but infiltrators should.”

This explicit association of refugee with Hindus and infiltrators with Muslims had remained in the background until now. Yet even in Assam, activists have consistently expressed concerns that the bureaucratic regime targeted Muslims. With the CAA, the gloves have come off. Essentially, the CAA demarcates the status of refugee for Hindus, and the status of illegal migrants only for Muslims. In this sense it mirrors Israel’s Law of Return, interpreting India as the natural homeland of Hindus. This is of course how the Hindu nationalists have long imagined the country, as the Hindu Rashtra, where Hindus have a greater claim than any other community.

If the government succeeds in fully administering NRIC, all Indians will be pushed into the esoteric alleys of documentary proof and become precariously subject to unbridled executive discretion. The law allows the government to first prepare a National Population Register, compiling an exhaustive list of Indian residents, and then allows local government officials to filter citizens from aliens. The amendment’s legitimization of Hindus as naturally Indian, and Muslims as inevitably alien, will shape how this discretion is exercised. If this happens, the illiberal turn in India’s citizenship law —which on the surface seeks to sift Hindu refugees from Muslim migrants—will turn inwards. Ordinary Muslim citizens will be held to higher documentary standards. They may be susceptible to more frequent demands of proving citizenship at the threat of detention. It will make the national belonging of India’s marginalized—most of all, its Muslims—perpetually vulnerable.

From the lens of India’s constitutional jurisprudence, at least as it stands today, the amendment is incoherent and deficient. Constitutional fidelity, though, is a moving target. It is a product of politics that shapes both legal plausibility and institutional deference. While fifty-nine petitions against the CAA have already been filed in the Supreme Court, only time will tell if the anxieties that have shaped the background political and legal ideologies will come to determine the judicial response.

Read our other coverage of the CAA.

Mohsin Alam Bhat teaches at Jindal Global Law School in New Delhi and heads its Centre for Public Interest Law. His academic work focusses on discrimination, exclusion, and the politics of religious and caste minorities in India. His essays have appeared in publications including the Indian Express, The Caravan, scroll.in, and The Wire. 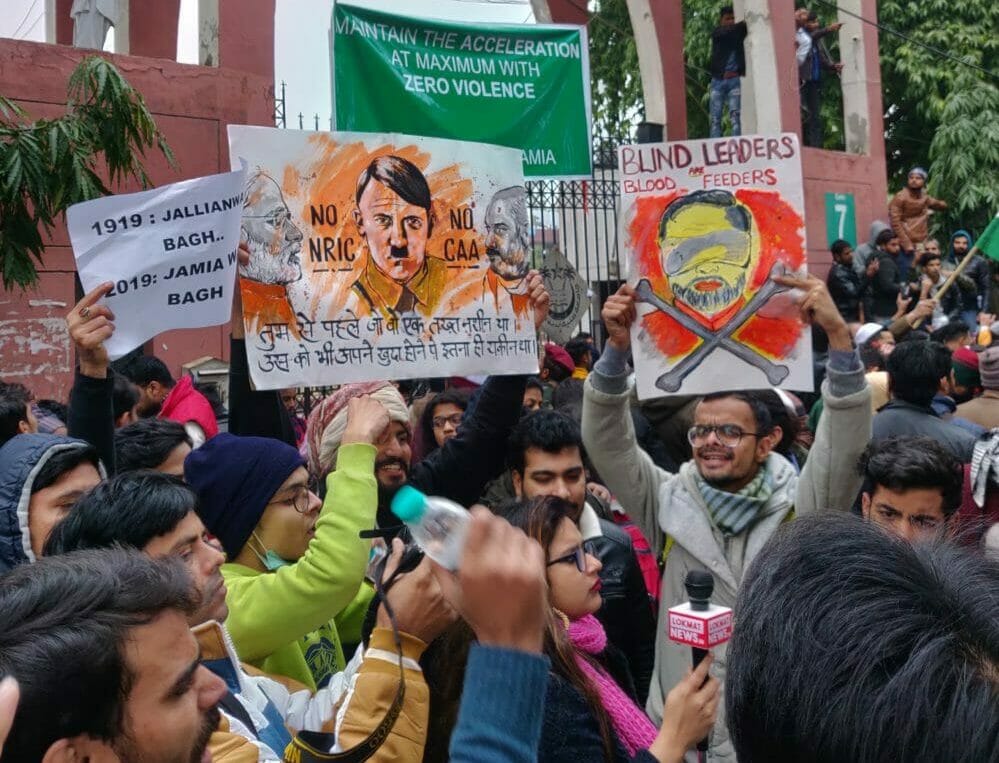 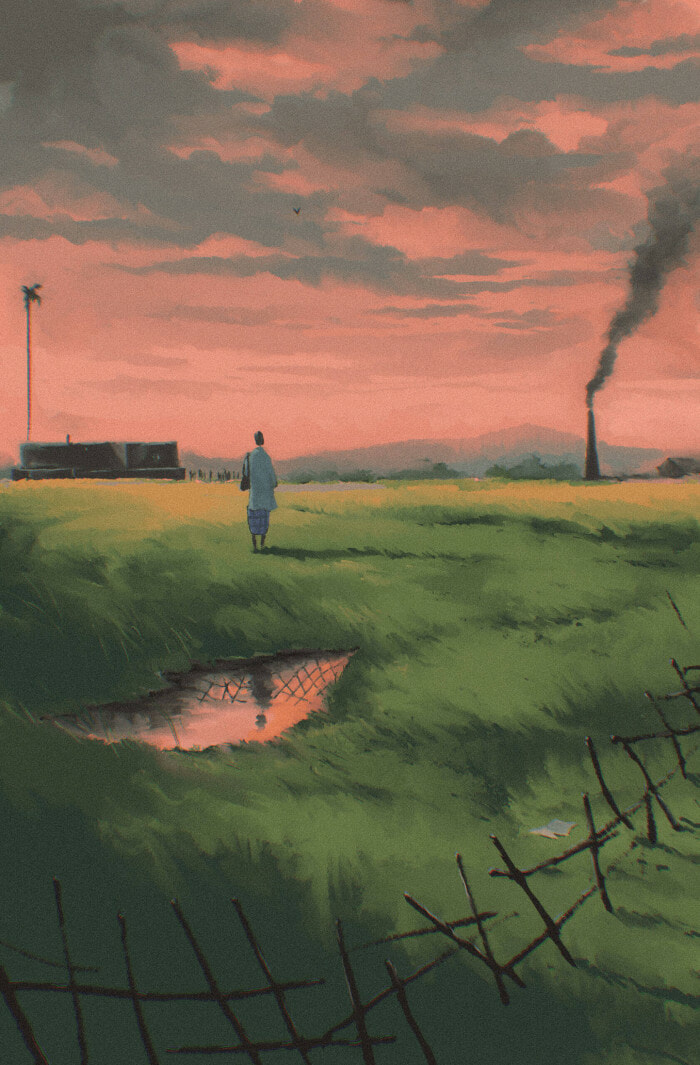 Strangers in Their Own Land
Makepeace Sitlhou
Salvos 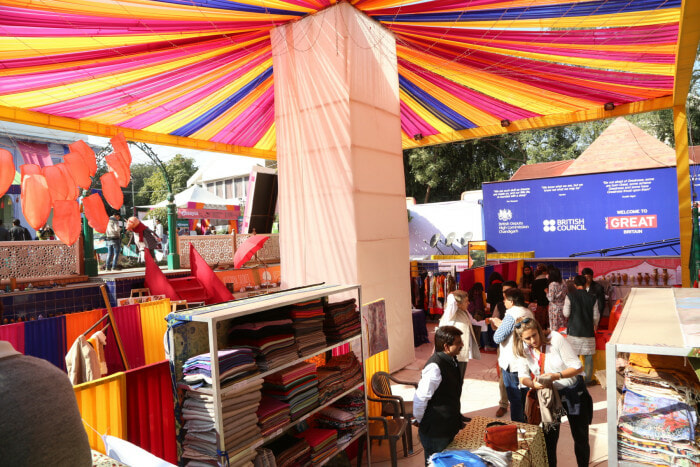