Your big Beltway intrigue story for this Friday is that Sean Spicer—the Trump White House’s official mouthpiece and top Google search return for the phrase “embattled press secretary”—is resigning from his position, effective immediately. News of his departure is already displacing the story that swamped the newshole on Friday night, that Trump was mulling the idea of firing special counsel Robert S. Mueller, who’s been heading up the ongoing investigation into the Trump inner circle’s Russia connections—which has recently begun to stray into the territory of Trump’s hitherto opaque financials. In that way, Spicer’s final act is an impeccable bit of timing.

First time for everything, I guess!

According to the New York Times’s Glenn Thrush, who reported the story on Friday morning, the proximate cause of Spicer’s scarpering is the hiring of Anthony “Mooch” Scaramucci—who had been previously cooling his jets at the Export-Import Bank and making occasional cable news appearances in defense of the Trump administration while hoping for a call-up to a more exalted position in that orbit—to be the White House’s communications director. Spicer is said to have “vehemently disagreed” with the decision to install the former SkyBridge Capital hedge-funder as his boss.

As Thrush reported, “After offering Mr. Scaramucci the communications job Friday morning, Mr. Trump asked Mr. Spicer to stay on as press secretary. But Mr. Spicer told Mr. Trump that he believed the appointment of Mr. Scaramucci was a major mistake and said he was resigning, according to a person with direct knowledge of the exchange.”

Let us take a moment to ponder, with due wonderment, that it took until the third week of July for Sean Spicer to identify a “major mistake” in the Trump White House worthy of vehement disagreement. Ladies and gentlemen, presenting Anthony Scaramucci—the bridge too far!

There’s no real need to speak of Spicer’s legacy in complicated terms. He was not good.

There’s no real need to speak of Spicer’s legacy in complicated terms. He was not good.

In all likelihood, his mediocre legacy as a White House flak-catcher wasn’t entirely his fault. Trump was well known to have tortured Spicer with the sort of endless and tactless nitpickery he once reserved for the winners of his beauty contests. He’d ripped Spicer for the lackluster energy he put into his defenses of Trump’s tantrum-fueled reign—and for good measure, our long-tied mogul-in-chief also groused about Spicer’s sartorial choices. When Spicer’s underling, Sarah Huckabee Sanders, began to appear with greater regularity behind the press room’s lectern, Trump’s senior adviser explained the change in a terse text to The Atlantic’s Rosie Gray, that read, “Sean got fatter.”

Nevertheless, Spicer was the author of his own bedevilment on many occasions. He was the one who offered the suggestion that Adolf Hitler was less of a monster than Syrian dictator Bashar al-Assad because the leader of the genocidal Third Reich did not “sink to using chemical weapons.” This obscene talking point no doubt caused a good deal of unrest among the ghosts of those who left their scratches in the walls of the Auschwitz-Birkenau gas chamber.

It was also Spicer who ran down a New York Times reporter for failing to properly identify his birthplace in an article, only to turn around and refuse to set the matter straight. “Leave it to Sean Spicer to request a correction and obstruct it in one breath,” wrote the Washington Post’s Eric Wemple.

Still, these two instances truly demonstrate that Spicer had range—from the startlingly horrific to the needlessly petty. In between came all the hotheaded pressers, the high paranoia, the Baghdad Bobbery, and the occasional sheltering in the White House topiary.

“Gonna lay down a marker right now,” tweeted Politico magazine’s editor-in-chief Blake Hounshell, “We’re gonna miss Sean Spicer.” Perhaps! When you consider this White House’s powerful ability to repel political careerists and alienate those Republican factotums who consider themselves, perhaps not unreasonably, to be persons of quality, you can see how the greatest irony of anyone who leaves a post in the Trump administration is that they will be inevitably replaced by someone far more lycanthropic than their predecessor. On a long enough timeline, this White House might come to be filled with the nation’s most mouth-foamy hydrophobics, plucked from the nation’s finest trash sloughs.

But let’s lay down our own marker: those who will come to miss Sean Spicer are those who loved watching him thrash and squirm as the frontman for this Grand Guignol of a White House press shop. Spicer’s tendency to descend into dysphasia at a moment’s prodding—a condition I once likened to a poker player provoked into tilt—made for a reliably flop-sweaty spectacle.

Trump’s management style isn’t so much a chain of command as it is a temple of fear.

It’s no wonder that the cable news cameras, which had previously rarely deigned to linger on a full White House press conference from Spicer’s predecessors in the Obama administration, stared so nakedly into the abyss each time Spicer took to his lectern. (Until, that is, the White House began barring cameras from Spicer’s briefings altogether.) It was free content, after all. Who cares if no one ever really laid a substantive glove on Spicer? It was easy enough to get the guy wound up. Televising his operatically testy exchanges with the White House press corps provided a sharp dose of ersatz journalism: activity successfully masquerading as achievement.

Throughout these past six months, one didn’t have to be too deeply embedded in the Beltway scene to hear those constant whispers that Spicer was, all this time, deeply unhappy in his job. Trump’s management style isn’t so much a chain of command as it is a temple of fear, with warring factions endlessly gaslighting one another and dropping dimes to lurking reporters about “who’s up and who’s down” inside the Terrordome. Already, news of Spicer’s departure has been paired with news that his ouster is a blow to White House Chief of Staff Reince Priebus.

Which makes this, what, the fiftieth iteration of the “this hurts Reince Priebus’s standing” story? In the great reality show that is the Trump White House, someone is always losing. Or, more accurately, everybody is never winning—but nonetheless endeavoring with greater and more furious determination to wring some sort of reward from an enterprise that tipped straight into the maw of entropy soon after it began. It may be that the only prize on offer for the harrowed functionaries in the Trump White House is the chance to cut their losses before the ledger runs red. In that way, this is a very good day for Sean Spicer. First time for everything, I guess. 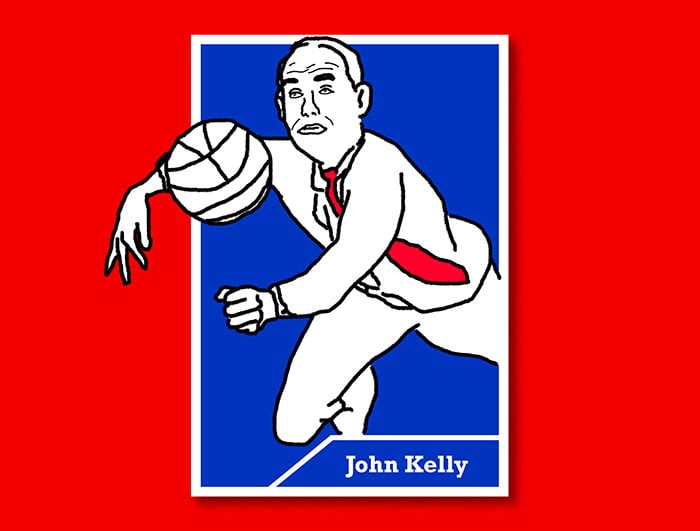 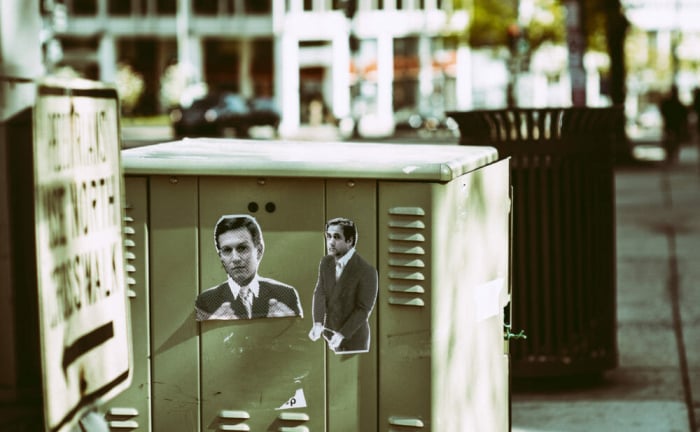