Roll over, Andrew Jackson, and tell Frederick Douglass the news.

That, in essence, was the upshot of a feverishly buzzed-over online poll conducted earlier this week—except that the African American eminence selected to replace our redoubtably racist and Indian-exterminationist seventh president wasn’t Douglass, but Harriet Tubman. (Sorry, but Tubman’s full name just didn’t scan with the syllable count for “Tchaikovsky.”)

Tubman’s online champions argued that she’s ideally suited to unseat the smug mug of one of the nation’s most barbaric presidents on the twenty-dollar bill. (The ballot was never going to go Old Hickory’s way, since the survey was sponsored by a group straightforwardly named Women on 20s.) On May 12, Women on 20s presented President Obama with their own receipts—the results of the poll and a petition encouraging him to instruct Secretary of the Treasury Jacob Lew to make this change in time to have Tubman’s face on the twenty-dollar bill by 2020, the “100th anniversary of women’s suffrage.”

But ironies abound in the effort to elevate Tubman—a noble African American dissident best known for helping to organize the Underground Railroad—into the pantheon of currency-gracing figures of state. Even the comparatively narrow choice of conscripting Tubman into duty as a symbol of the triumph of women’s suffrage runs quickly afoul of historical fact.

Tubman was undeniably a champion of women’s suffrage as well as black liberation—yet the women who shared the misfortune of being other-than-white over the first half of the twentieth century were by no means guaranteed reliable access to the ballot. Quite the contrary, in fact: many black women didn’t have the right to vote until the Civil Rights Act of 1965 (and many face racist voter ID laws today), an awkward truth that speaks volumes about the paradoxical nature of cheerfully Whiggish online reclamation projects in 2015. It’s easy enough, in other words, to endorse a model suffragist for the twenty-dollar-bill honorific with the click of a cursor—but it’s another matter to research the messier, racialized history of women’s suffrage as it continues to exist in these United States.

Indeed, one could go further, and note that what might be termed the Internet of Instant Recall has made projects of reclamation and erasure practically impossible, especially for Tubman and other black historical figures, whose images were almost always controlled by whites in the media. History is, in some ways, the original Wayback Machine, although one that’s principally shaped by all too human bias rather than search algorithims.

To mark this year’s release of Ava DuVernay’s MLK biopic Selma, for instance—itself timed to coincide with the fiftieth anniversary of the Voting Rights March in Selma—we’ve seen a bewildering welter of alternate-universe Kings sprout up. Trolls perch constantly beneath articles and blog entries about King’s legacy, arguing vehemently in comments sections about what really went down on the Edmund Pettus Bridge in Selma. And in the aftermath of the murders of black men in Sanford, Ferguson, Staten Island, and Baltimore, it’s become a wearily predictable reflex on the Fox News right for commentators to cherry-pick quotes from King downplaying the value and morality of violent resistance. (What were King’s actual views on riots against racial injustice? To quote the high priests of online aggregation, the answer may surprise you: “As long as America postpones justice, we stand in the position of having these recurrences of violence and riots over and over again. Social justice and progress are the absolute guarantors of riot prevention.”)

The specter of Tubman’s righteous portrait glowering up from your hard-earned twenty is unnerving in a similar way. Like the twenty, Tubman herself was a valued repository of exchange value for much of her life—and nothing more, according to the hallowed scripture of our Constitution. In a political culture that persistently denies even the accepted heroes of black resistance their own voices and powers of self-determination, it’s a gruesome irony to reflect that Tubman’s legacy now seems poised to come full-circle: her bio would read that she went from being chattel to an influential abolitionist and champion of black freedom—only to have her return to symbolize the serene rule of American commerce over all. (One might find still more bitter irony in that this woman-on-the-twenty, despite the higher exchange value accorded to her currency, nonetheless occupies the same all-female ghetto of notional worthiness that landed Susan B. Anthony and Sacajawea on the all-but useless one-dollar coin.) Tubman would bring almost as many paradoxes to the twenty-dollar bill as Jackson did, as a hard-money physiocrat who declared war on the “Monster” U.S. Bank, while also prosecuting illegal real wars against dispossessed Native Americans in Florida and elsewhere.

Then again, another avatar of America’s fraught racial history has been hiding in plain sight on our currency. Under the rigid “one drop” rule demarcating African American racial identity for most of U.S. history, Alexander Hamilton, the West Indian-born son of a mixed race mother, qualifies as black. (He was also her out-of-wedlock son, which qualifies him for an extra dollop of symbolic blackness via the same cracked reasoning that earned Bill Clinton the distinction of being our “first black president” avant la lettre.) Hamilton was infamously an adulterer who had been slain in duel while serving as vice president. So what’s kept this particular eminence in gleaming white odor for all this time, in his perch on the ten-dollar bill? Easy—he founded and ran the very Monster Bank that Jackson inveighed against. Ownership is 90 percent of the law, and at least 100 percent of the culture. By this measure, the only real progress we’re making toward justice is that, at some point in the future, one Tubman will be deemed equivalent to a pair of Hamiltons. 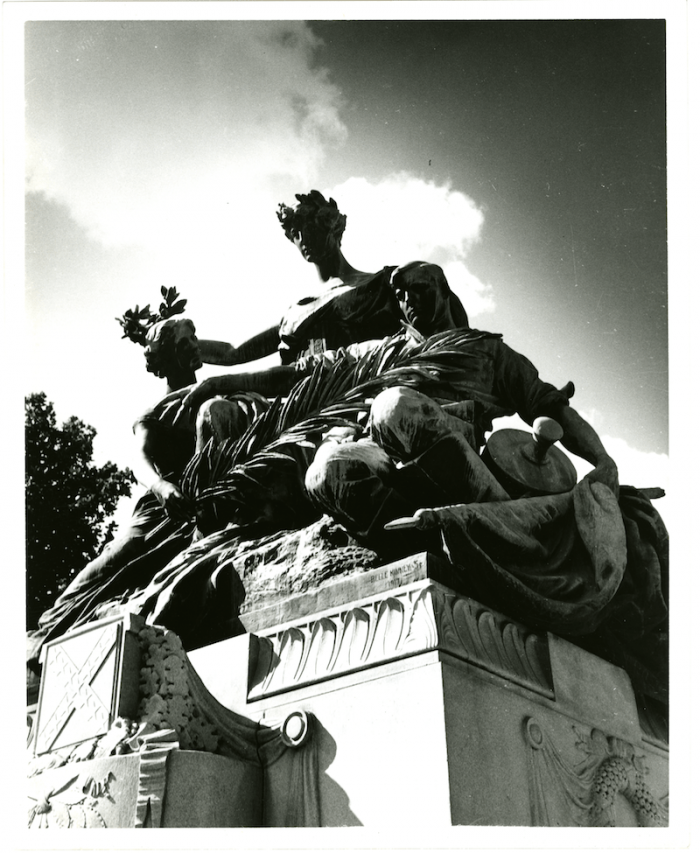 Through the Eyes of Men
Ellen Ann Fentress
Word Factory 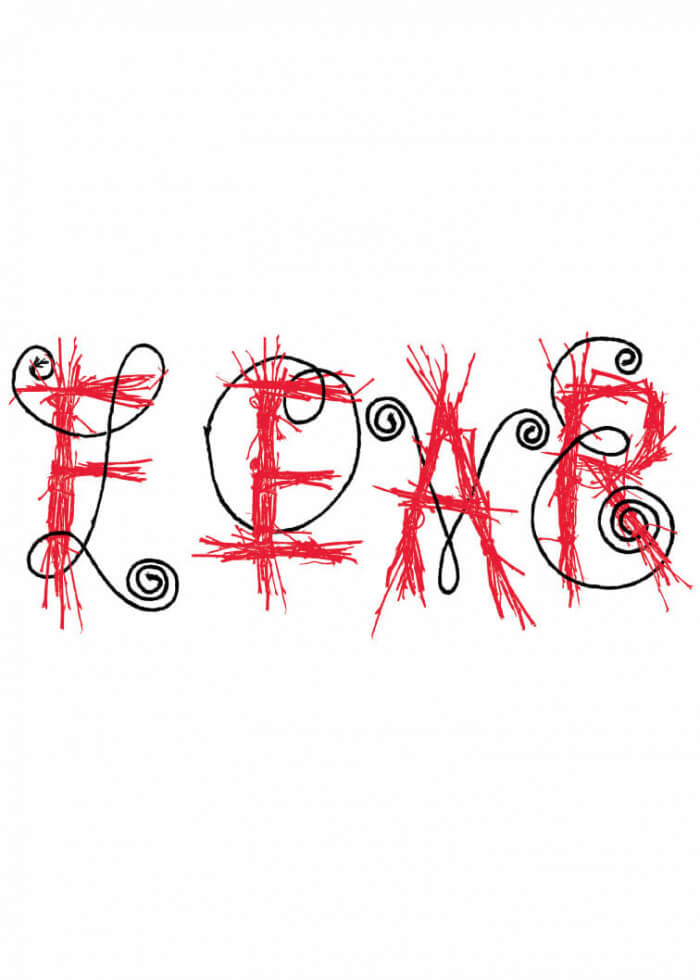