Toward the end of the 1800s, an insane asylum physician in Zurich discovered a surprising tendency among his patients. One, an Austrian maid, had spent years wandering the countryside, claiming to be royalty. A second, an hysterical epileptic, habitually convinced strangers that she was their distant relative. A third, a chronic masturbator, posed as Catholic (he was in fact Protestant), and compulsively pilfered items which he then discarded unused. In 1891, Anton Delbrück summarized his discovery in Die pathologische Lüge, christening the condition pseudologia phantastica, or, as we now say in English, pathological lying. And with that came the emergence of a public health issue requiring large-scale study, and somewhat improbably, widespread concern about an epidemic of dishonesty and even fake news.

Today, we’re quick to call those who lie too grandly or frequently, or without requisite shame, pathological liars. But Delbrück and other discoverers of the condition intended something more exact. The pathological liar was manifestly not a con artist. He bore little relation to Phineas T. Barnum or to Melville’s confidence man. For one thing, he didn’t lie for the sake of wealth or power. Indeed, it wasn’t clear why he lied at all. The maid who pretended to be an aristocrat didn’t win favors or pull strings. Neither did the character Colonel Capadose, from Henry James’s 1889 story “The Liar.” “He’ll lie about the time of day, about the name of his hatter,” an acquaintance observes of the otherwise upstanding Colonel. Yet though James’s Capadose and Delbrück’s asylum patients lacked a clear motive for lying, they still couldn’t avoid it.

Earlier generations had a reliable explanation for why we commit wrongs in spite of our better angels: sin. Like murderers, embezzlers, and adulterers, liars suffered from the same fallible nature as the rest of us, if only more severely. Psychiatry encouraged people to see “pathological liars” as deserving distinction from humanity’s ordinarily mendacious remainder. But why? Why should a behavior that has been with us for eons become a disease at the end of the nineteenth century? Why do we brand the most notorious of deceivers as pathological, and what do we mean when we do so?

In the nineteenth century, psychiatrists and jurists increasingly distinguished between those who did wrong simply by virtue of being human, and those who did so out of a more severe and isolated compulsion. Such “monomanias” sometimes proved legally exculpatory. By 1898, the Harvard Law Review listed a number of those which defense lawyers had argued (not always successfully) on behalf of their clients: kleptomania, pyromania, dipsomania, erotomania, and even “frauenschlagermonomania, or the propensity for beating one’s wife.” (One might update the list with a more recent legal defense: “affluenza.”)

It isn’t surprising that psychiatry discovered so many compulsions just then. That era’s alienists sought to elevate themselves from state-appointed wardens of asylums—nasty places indeed—into educated, well-paid professional servants of the bourgeoisie. Premised on individual freedom, modern life demanded a higher level of self-discipline. It was such self-discipline, moreover, that set apart the bourgeoisie (at least in its own eyes) from the rowdy working-class and the depraved asylum inmate. By recasting some instances of anti-social behavior as compulsion rather than a broader criminality or insanity, psychiatrists kept their patients out of jail and the asylum, and limited their families’ shame.

In the early 1900s, leading publications printed stories of reporters who faked news for no reason but boredom.

Such diagnoses did not necessarily help those already institutionalized. But for others they did. As the historian Elaine Abelson has shown, it was the emergence of the department store, with its plainclothes surveillance officers and middle-class female clientele, that popularized the kleptomania diagnosis. When bourgeois women (and occasionally men) were caught shoplifting, their doctors (and through them, their lawyers) successfully played the kleptomaniac angle. They stole for the thrill, not for the loot. Why would a banker’s wife pilfer items she could afford to buy, unless she were acting under a debilitating, involuntary compulsion? Ironically, the fact that respectable women lacked an urgent need to steal helped them avoid being criminally convicted when they most likely did.

Yet unlike manias for theft and forging, pseudologia phantastica was rarely deployed as a trial defense in America, largely because it kept perjurers, impersonators, and false accusers out of the courtroom to begin with. Most were adolescents, whom a new corps of Progressive Era reformers sought to keep out of the penitentiary. In other words, the emergence of pathological lying was in part a product of the Progressive Era preference for treating, rather than punishing, social transgressions, particularly in youth. Pathological liars were less culpable than their ordinarily dishonest cousins.

On the other hand, the appearance of pseudologia also suggests the degree to which Americans after the so-called Gilded Age began to abandon, or perhaps recognize as hypocrisy, their Victorian predecessors’ rigid denunciation of dishonesty. It is telling that the most blameworthy deceiver in James’s story is not the purposelessly mendacious Capadose, but the narrator, the aptly named Oliver Lyon, who deceives with the more self-interested aim of protecting his own feelings.

Meanwhile, psychologists such as G. Stanley Hall, the founder of child psychology, began to regard compulsive truth-telling as itself abnormal. (Hall called this “pseudophobia.”) Early in the nineteenth-century, Washington’s biographers began to tell the famous story of the future president who, confronted with a broken cherry tree, could not lie about who had swung the axe. By the end of the century, Washington’s biographers (including Woodrow Wilson) no longer saw the story as attractive, and deemed it apocryphal. By the 1910s and 1920s, some educators and child guidance experts assured the public that a tendency toward pathological lying was evidence of creativity and literary aptitude. It could be regarded as having some positive value, if only it could be controlled (with professional intervention).

Just as psychiatrists and defense lawyers discovered the surprising prevalence of compulsion among an economically independent bourgeoisie, James, Theodore Dreiser, and Sigmund Freud found dishonesty to be the essence, not the downfall, of polite society. (Around the same time, Charles Darwin’s acolytes found the same to be true in the animal world.) While the reasons for this cultural shift are too various to discuss here, the point is that turn-of-the-century America had begun to understand lying as a commonplace and rational—though not necessarily laudable—means to an end. As they did, some of their moral concern shifted to the individual who lied without motive.

If there was a single institution Americans most accused of pseudologia phantastica, it was the press. To be sure, the press had been accused of dishonesty and sensationalism for centuries. But the scale of the accusations increased significantly in the last decades the century, when the party-affiliated subscription model crumbled before an onslaught of advertising-driven mass market dailies, much as today’s new media has upheaved the old. Whereas newspaper libel suits were practically nonexistent before the Civil War, Joseph Pulitzer’s New York World was named in no fewer than twenty-one in a single year, 1884. That decade, newspapers began to print manuals for their employees on how to avoid libel charges: in the case of public figures, this required little more, however, than avoiding evidence of actual malice (a lie told with intent to harm, or “reckless disregard” for its truth). Contemporaries had already begun to claim that trial by newspaper had superseded trial by court.

In the age of the daily, critics began to point out a new problem. It wasn’t simply that the newspapers were dishonest, but that it was often impossible to understood why they were dishonest, or who to blame. “In our complicated modern life, with its growing impersonalism, numberless insentient corporations, ramified business methods, universal education and widely diffused publications,” explained the Albany Law Journal in 1898, “malice is far less often than ever before a factor in causes of action growing out of personal wrongs.” Newspapers now pursued stories in a new fashion, by sending reporters out into the streets (rather than just reprinting official accounts) and at a volume that required employing large newsrooms.

In consequence, the press apparently served as a conduit for lies as purposeless as Capadose’s. And being apparently purposeless, such lies proved hard to contain. “It is worth remarking that in America the unintentional liar goes scot free,” a moralist vented in 1905. “He may say or publish whatever uncharitable and damaging thing he pleases about his neighbor, and unless it can be shown to be done with deliberate malice,—a most difficult sort of proof to establish,—he goes unpunished.”

By the 1910s, a small but significant panic resulted over the pathological liar who manipulated the press. Over the next decade or so, the Saturday Evening Post and other leading publications printed stories of reporters who faked news for no reason but boredom. Psychiatrists such as William Healy discovered that their patients liked to plant false news in the newspapers. For many experts, the hitherto-unknown pathological liar appeared everywhere, at least for the first few decades of the twentieth century.

The perceived threat of the purposeless lie gradually eased. Among the most likely factors were the professionalization of the press, the rise of a mental hygiene movement, and tighter legal curbs on speech. Trust in the media recovered in part because professional schools of journalism taught reporters to scrutinize their sources and one another, developed fact-checking departments, and promoted the new gospel of objectivity. Judicial reinterpretations of the First Amendment targeted dangerous speech, such as shouting fire in a crowded theater. Public organizations took responsibility for halting the spread of wartime rumors. And finally, the invention of the polygraph helped assure the public (falsely, experts agree) that a machine could identify liars, if not necessarily their motives.

One might of course understand the “unintentional liar” as a threat imperfectly analogous to today’s Facebook—a font of misinformation spread through carelessness or cluelessness rather than a discernible intent to deceive. The Progressives left us an ideal of objective journalism that limited itself to identifying facts and falsehoods, leaving others to judge suspected liars by another Progressive invention, the moral test of motive. Thus, Wall Street Journal editor-in-chief Gerard Baker recently explained why his newspaper won’t call Donald Trump’s false statements “lies”: to do so implies a judgment of “moral intent” to deceive that the newspaper prefers to leave to readers. Even news outlets such as the New York Times that dare identify “lies,” hesitate to label people as “liars,” seemingly under the assumption that one must first ascertain the motive. Requiring ourselves to establish that “most difficult proof” may be a luxury our society can’t afford and doesn’t even need.

Justin Clark is an assistant professor of history at Nanyang Technological University in Singapore. His research on deception in the Progressive Era is forthcoming in the academic journal American Journalism. 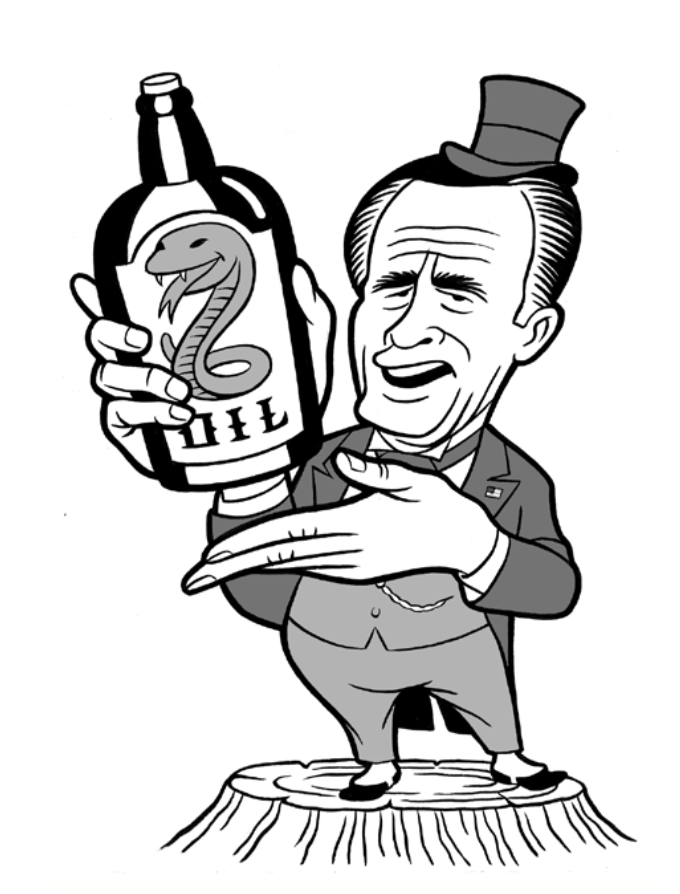 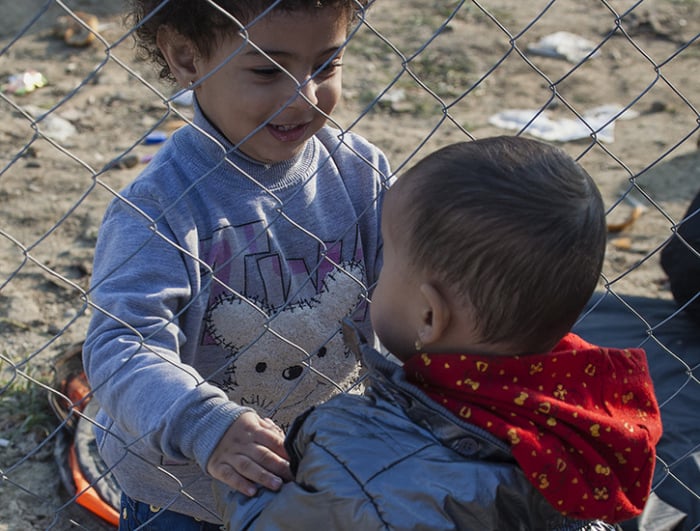 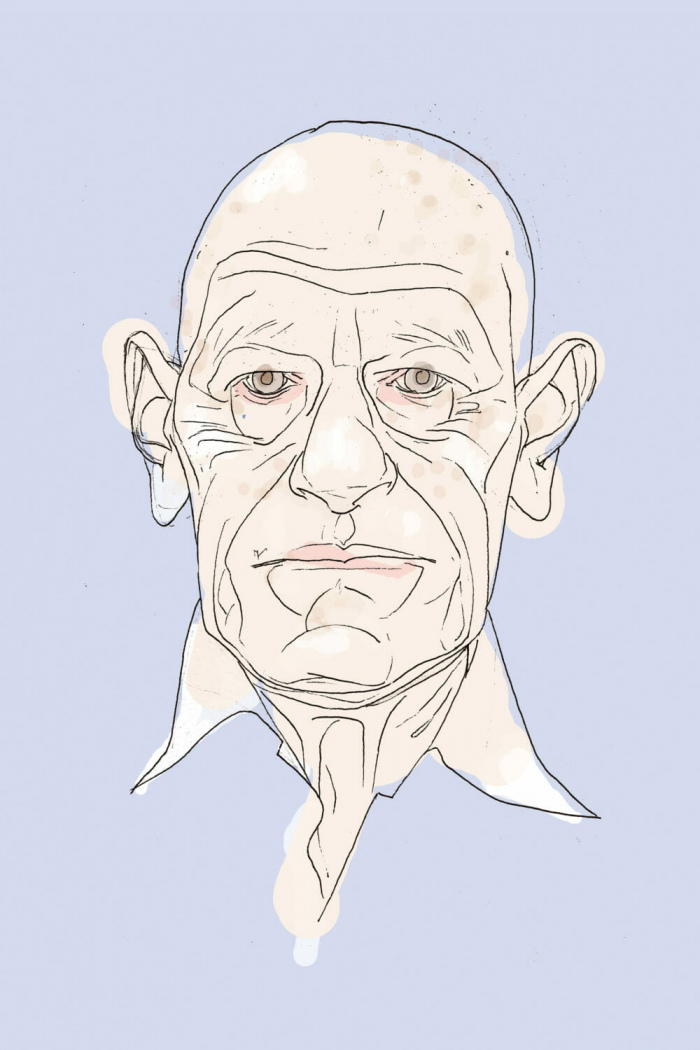 The Shock of the Crazed
J.C. Hallman
Salvos