When Russian troops began to cross the Ukrainian border on February 24, President Vladimir Putin launched two simultaneous wars. The first was a devastating military strike against Ukraine. The second was a crackdown against his own people.

Violence in Ukraine has been marked in Russia with modest but persistent protests—not just in the more-liberal metropolises of Moscow and St. Petersburg, but across major cities in the Ural Mountains and Siberia. Those who do take to the streets face very real consequences. In the first week of the Ukrainian conflict alone, more than seven thousand people were detained for holding anti-war protests, including pensioners and children reportedly as young as seven. Officially, most demonstrators face a short stint of jail time. Unofficially, many have reported off-the-books beatings, or even losing their jobs.

For the Kremlin, none of these tactics are particularly revolutionary. Since 2011, when sweeping opposition protests in response to Putin’s third term re-election first rattled Russia’s institutional elite, “unapproved” demonstrations have been marked by violent mass arrests. From the crowds, an unlucky chosen few are often punished with longer jail terms.

But in 2022, Putin is also fighting on a different front: unleashing an online crackdown that is almost as violent as the one taking place on Russia’s streets. The Kremlin has long sought greater power over the country’s digital space, which has provided young, more opposition-minded Russians platforms with which to gather and share news. Now, the Ukrainian conflict is providing opportunities for Russian politicians to restrict the country’s online space like never before.

The Kremlin’s motives are simple: the war in Ukraine is, and will increasingly become, unpopular with ordinary Russians. A survey released by the Levada Center, Russia’s only major independent pollster, showed that just 45 percent of Russians supported Putin’s decision to recognize the breakaway regions of Luhansk and Donetsk in eastern Ukraine as independent states—and that was before the invasion even began.

There are other signs of discontent. There has been a flurry of open letters and statements condemning the war, signed by everyone from scientists to chess grandmasters. Even the regime’s staunchest supporters are balking. A marked exodus from Russian state media channels such as RT has taken place, and even a handful of Russian officials are beginning to jump ship.

By clamping down on the digital space, Putin hopes to ensure that the Ukrainian invasion remains as palatable as possible to Russian voters. The meteoric rise of social media means that the president can no longer rely on citizens being fed a steady stream of state-approved propaganda on national TV. Even for older generations—Putin’s key supporters—a video of Russian bombs falling on Ukrainian homes is just a tap and a WhatsApp contact away.

So far, the president’s domestic bombardment has focused largely on journalists. Russia’s media watchdog-cum-censor, Roskomnadzor, is shuttering any news outlet that refers to the country’s invasion of Ukraine as a “war” rather than using the Kremlin’s chosen euphemism: “special operation.” The move saw major international news sites, including the BBC, Deutsche Welle, and Voice of America taken offline. BBC News later suspended its operations in Russia entirely.

Some of Russia’s major news outlets—including Novaya Gazeta, whose editor-in-chief Dmitry Muratov was a co-recipient of the 2021 Nobel Peace Prize—have announced they will delete past content to comply with Roskomnadzor’s new rules and will also suspend their ongoing war coverage. Others, such as liberal radio station Ekho Moskvy, closed for good, while Russia’s only independent television channel, TV Rain, was taken off the airwaves. Their final broadcast was followed by footage from Swan Lake, the same ballet that was shown on loop on Soviet TV during the August 1991 coup that marked the beginning of the end of the USSR.

Elsewhere, officials are targeting social media platforms. On February 26, Roskomnadzor started to throttle loading speeds on Facebook, forcing images and videos to load slowly, if at all. It described the move as retaliation for the social media giant’s decision to restrict the accounts of four state media outlets, which Russia described as a violation of “fundamental human rights.” (Facebook says it is merely refusing to give in to Russian demands that it stop fact-checking and labelling content linked to the Russian state.) By Friday March 4, officials had blocked Facebook outright. A similar move against Twitter soon followed, under Russian legislation designed to curb media calling “for riots [or] extremist activities.”

As Putin’s invasion of Ukraine continues, and especially if it slows and falters, these crackdowns will only become more widespread. Last week, Russia’s parliament passed fresh legislation that will see anyone convicted of spreading “fake information” on the war jailed for up to fifteen years. The threat it posed even prompted TikTok to pause much of its functionality in Russia, allowing for new in-app messaging only. “In light of Russia’s new ‘fake news’ law, we have no choice but to suspend live-streaming and new content to our video service while we review the safety implications of this law,” the app tweeted on March 6.

Meanwhile, Russia’s attorney general has also promised to revive an older law punishing those who provide “assistance to a foreign state to the detriment of the security of the Russian Federation.” Those found guilty could face between twelve and twenty years in prison on charges of state treason.

We are still waiting to see how widely or how aggressively these laws will be implemented. But for many Russians, their existence alone looms large. Will teenagers sharing anti-war posts on Instagram be singled out by local law enforcement? Will pensioners sending a few hundred rubles to relatives in Ukraine suddenly appear in local courts?

There is a reason that even the threat of prosecution feels menacingly real. The war in Ukraine is a flash point for the Russian opposition, but it is also the culmination of a decade’s worth of work by the Kremlin itself: the slow, endless chipping away of Russian civil liberties. For years, overreaching and even draconian laws have lurked within Russia’s criminal code: largely untouched but ever ready to be unleashed. Such laws are used in a few cases each year, often prosecuting ordinary, opposition-leaning Russians living in country’s more remote regions. While many of these cases are reported locally, few make international headlines.

In 2019, artist Yulia Tsvetkova was charged with “production and dissemination of pornographic materials” after sharing cartoons that she had drawn on social media. The body positive-drawings depicted naked women with captions that proclaimed: “Real women have body fat—and it’s normal.” She faces up to six years in prison. More recently, a Russian sixteen-year-old was sentenced to five years in a prison colony for planning to blow up a virtual recreation of a building belonging to Russia’s security services. Behind closed doors, a court in Siberia charged the teenager with “training for terrorist activities”—even though the building only existed online, inside the video game Minecraft.

On their own, none of these cases are large enough to tear at the fabric of Russian society. They don’t interfere with everyday life, but hang like a sword above the heads of ordinary people—a constant, low-level hum. The result is an atmosphere of fear and self-censorship, only fully recognized when it is already too late. The jaws of totalitarianism open inch-by-inch but snap shut with frightening speed. Most people probably won’t be prosecuted for writing a status on Facebook or liking a post on Instagram. But what if your case is the exception? What if it is you who is unlucky enough to hear a knock on the front door, to be taken from your family, bounced through a rigged court system, and sentenced to years in a remote Siberian jail? Some Russian officials are even calling for anti-war protesters to be forcibly conscripted in the army. Is it worth taking the chance?

Despite the risks, thousands of Russians are still protesting against the war: either by taking to the streets, or by sharing information online. But many, many more are now considering leaving the country while they still can. Sanctions mean that it is increasingly difficult for Russians to board international flights, and trains from St. Petersburg to Finland are leaving packed with desperate passengers. The war in Ukraine has marked a new era for Russian dissent. But that protest may not be able to happen within Russia itself.

Katie Marie Davies is a journalist reporting on Russia and Eastern Europe. Her work has previously been published by The Calvert Journal, i-D, The Guardian, and BBC Worklife. You can follow her on Twitter at @katiedavies91. 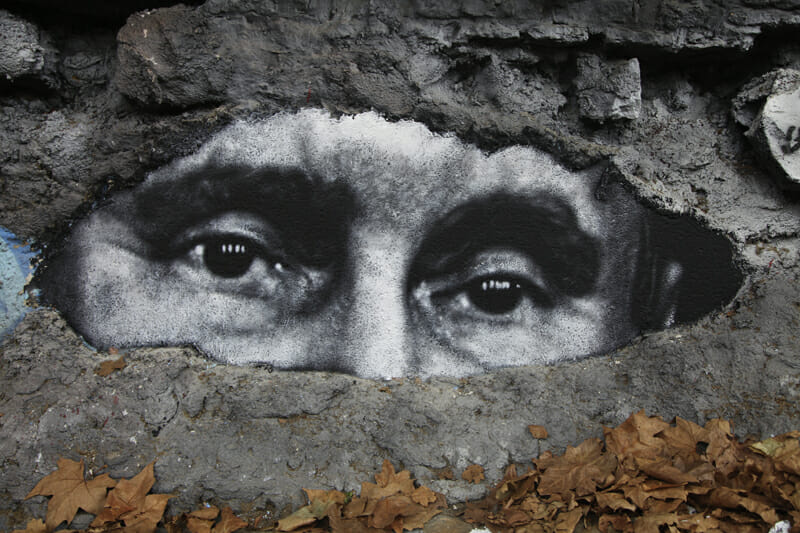 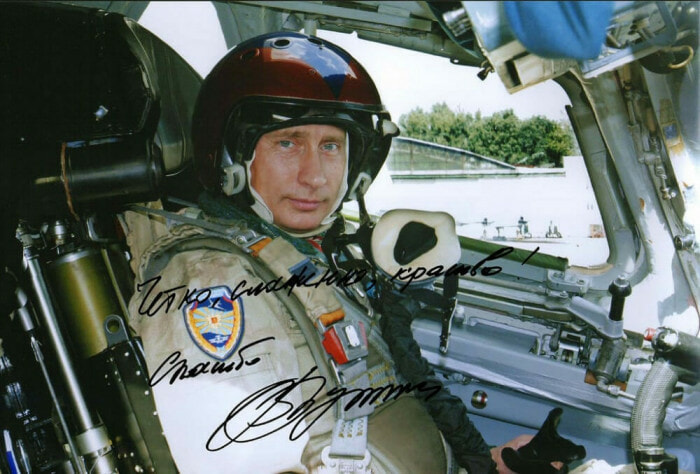 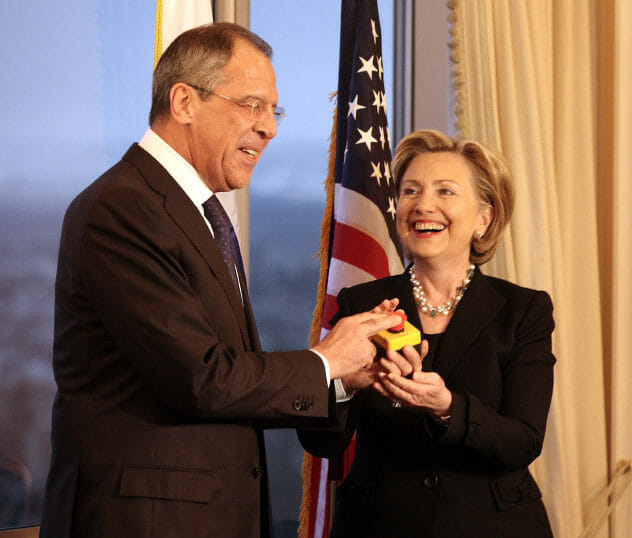