Higher education is in crisis, or more specifically, it is in multiple, simultaneous crises. There is the crisis of finances, with universities facing questions of sustainability, survivability, and affordability. There is the crisis of declining public faith and trust, as many ask if higher education is worth the cost and time. The recent financial aid scandals, along with the Penn State and Michigan State sexual exploitation scandals, and free speech fights, coupled with other episodes, have led many to question the moral high ground of the university. All this points to a major crisis of identity for higher education, as its purpose seems to be in flux. As a result, college is now seen most squarely as a personal investment, a form of job training.

There have been many, many books on each of these crises, and there will no doubt be many more. Kathleen Fitzpatrick comes to the subject with what the poet Emily Dickinson would call a “certain Slant of light”—which is perfectly fitting for a professor of English. She recognizes the realities of the higher education landscape, worries like most about its future, but rather than seek a political solution, she reminds academics that we are not powerless. She demands that we step up and into communities to forge forgotten partnerships. As scholars, we have stepped away from our public role just as the pressures allied against our institutions mounted. Our retreat has left us unable to influence the discussion about higher education’s role and future.

Many books about universities stress the universal value of higher education and bemoan the decline; in so doing, they often inadvertently dream of a golden age when things were better. As someone who has spent twenty-five years in higher education, I have never seen a golden age and have frankly given up any romantic notions about its past. While many of the recent books on higher education reflect a slight panic, Fitzpatrick’s book, however, offers hope—maybe even radical hope. Her plan is for those of us within higher education to start changing our nation’s thinking. And, as intellectuals, we have the means and expertise to engage in a national conversation. Generous Thinking offers us a plan to move our national thinking about higher education in a way that enlivens our democracy.

Though much of the current crisis isn’t of academics’ making, we bear some responsibility for stepping away from the public stage. We can’t let external forces (economic and cultural) continue to erode our worth and value while we sit idly by watching. We could, as some have already done, pivot to join this new cultural and economic moment, embrace the neoconservative ethos and embrace various disruptive practices. But this strategy will only work for a small number of very large institutions and not the broad scope of higher education. Instead, as Kathleen Fitzpatrick suggests, we can change our collective thinking and in the process attempt to restore ourselves centrally to the work needed to advance the collective good.

As someone who has spent twenty-five years in higher education, I have never seen a golden age and have frankly given up any romantic notions about its past.

Fitzpatrick’s book is based on a singular premise: the need to rebuild “a relationship of trust between universities and the publics they are meant to serve.” When she looks around at the landscape of higher education she sees that some of the public’s current distrust was brought on by ourselves, as we have built a system that is “seen as privileging the negation rather than the creation of ideas and institutions.” As institutions, we inhabit a culture of advanced critique, of negativity. We have allowed our spaces to become acute places of competition. Therefore, academics tend to see our roles as gladiators, cutting down others. And, according to Fitzpatrick we teach this form of intellectual contact sport to our graduate and undergraduate students. We have taught ourselves to pounce, to evade, and to reject in an effort to get our own, better ideas out there. We have embraced narrow jargon to demonstrate mastery of field. In the process, we have lost the most important intellectual skill of all: the ability to sit patiently listening and understanding. And herein lies Fitzpatrick’s main argument: “the best of what the university has to offer lies less in its specific power to advance knowledge or solve problems in any of its many fields than in its more general, more crucial ability to be a model and a support for generous thinking as a way of being in and with the world.” We have turned inward exactly when we needed to turn outward.

Fitzpatrick asks the key question: “How might we begin to rebuild strong and flourishing ties between the university and the public good?” She reminds us that for much of the history of the United States higher education was seen as a social good. But, recently it has “come to be described as providing primarily private, individual benefits.” She goes on to argue that we need “to turn away from efficiency as a primary value . . . [to a new system that values] building of relationships and the cultivation of care.” She argues that our obsession with seeing higher education only through a job training lens means that anything “that does not lead directly to economic growth [was] . . . a misappropriation of resources.” It is as if we have given up on the idea of the academy, a community that extends beyond individual institutions. Instead, we are now left with only the university, a set of institutions that exist in a hyper-competitive world. This competition rests on an understanding of prestige, a landscape that limits our ability to connect beyond our disciples and institutions. In this system, we value the individual over the social, losing our authority in the process.

“Creating a more generous environment,” writes Fitzpatrick, “in which we can work together toward a new public commitment to higher education is going to require us all —from the individual level up through the institutional—to step outside the structures of competition into which we’ve been led and instead find new ways to approach problems together, in solidarity with one another.”

Her demand is that academics remind themselves of their own power and ability. “What new purposes for the university might we imagine,” she states, “if we understand its role to be not inculcating state citizens, nor training corporate citizens, but instead facilitating the development of diverse, open communities—both on their campuses and across their borders—encouraged to think together, to be involved in the ongoing project of how we understand and shape our world?” As scholars we need to turn towards generous thinking and foster “a willingness to think with someone.” This form of thinking is both a habit and a practice. At its core is deep listening and a willingness to realize that we may not be the complete experts we have assumed we are. We need to learn with and from community partners. The communities we study and say we serve have much to teach us, and we need to start learning. To enter this new mode, we need to stop trying to demonstrate our mastery, to stop being so competitive and start being more generous. Of course, some institutions and academics, who are winning in this environment, might not change—why should they? But the vast majority of us need to change our stance before there is nothing left. There is risk with this turn, but we must be confident enough to make the commitment and chart a new course.

The difficulty with this approach, as Fitzpatrick herself notes, is that our university system is based on rankings and perceived prestige. We need to compete to get tenure and promoted. Our institutions need to compete to attract students and donations. We brag about our rankings while we say they don’t really matter. This competition allows little room for generous thinking. Our obsession with prestige and “these comparisons and exclusions work together to create an environment in which the university’s benefits are understood to be best restricted to a small audience rather than shared with the world, which is overwhelmingly unworthy.”

The need for higher education to reclaim its role in the public sphere seems more important now than ever. We have watched the result of the news industry’s decline. We are swimming in a sea of information but have lost the ability to understand the facts and make judgements. Our political discourse has fallen to new depths as a result. The same forces that disrupted and discounted journalism are now aimed at higher education—we seem to be the next on the chopping block. At the core of her argument, Fitzpatrick demands that we rethink our relationship and stance towards the public for the sake of both our survival and that of democracy. What will save higher education is the public’s demand that we are important as a public good. She asks, “how might we communicate the socially oriented, non-market value that higher education produces?”

The best hope we have is, as she writes, to move from a “focus on value to a focus on values.” We need to stop thinking that we are training tomorrow’s leaders. The logic here is those leaders will reinforce and reflect the prestige of the institution. Instead, she demands that we “focus on the development of communities.” This means higher education must root itself in multiple communities. And it must act with responsibility to partner with these communities. We must inculcate our students in a new paradigm that demonstrates the symbiotic relationship between students’ individual success and the community’s health. 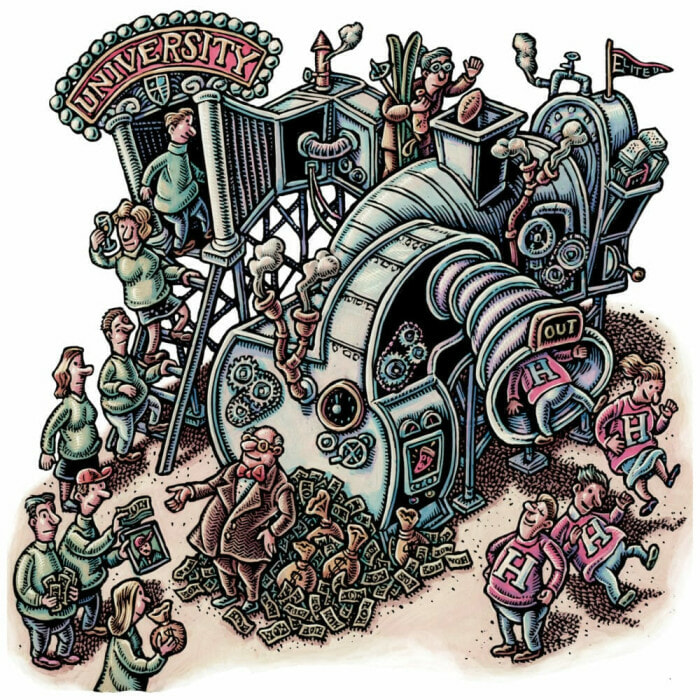 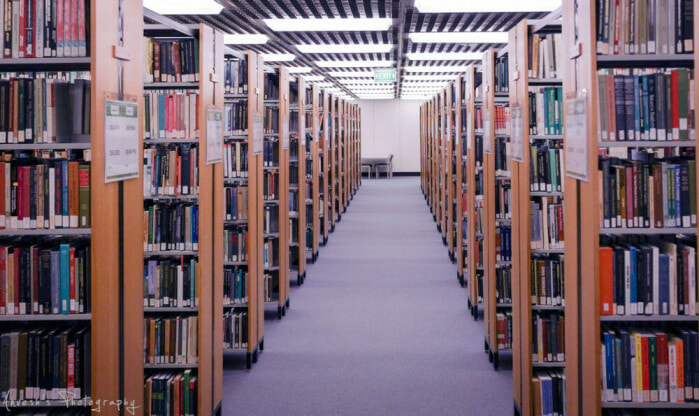 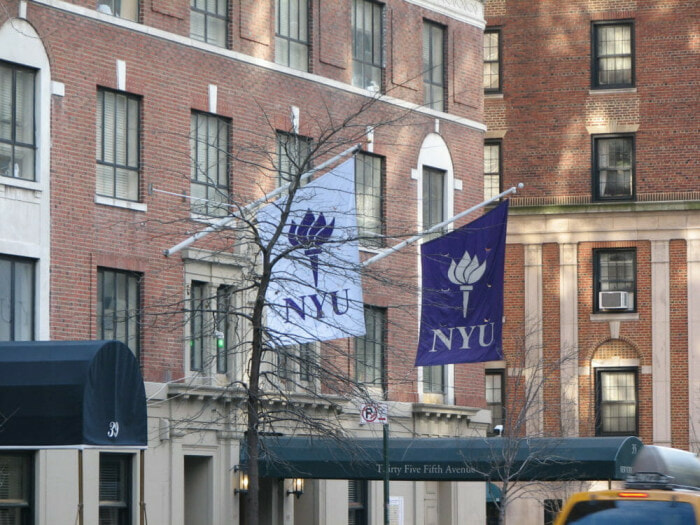