Welcome to Interviews for Resistance. Since election night 2016, the streets of the United States have rung with resistance. People all over the country have woken up with the conviction that they must do something to fight inequality in all its forms. But many are wondering what it is they can do. In this series, we’ll be talking with experienced organizers, troublemakers, and thinkers who have been doing the hard work of fighting for a long time. They’ll be sharing their insights on what works, what doesn’t, what has changed, and what is still the same.

Sarah Jaffe: You guys had an action on Tuesday at Goldman Sachs on official Tax Day. Can you tell us about that and about what the theme of that action was?

RP: Yesterday, on actual Tax Day, April 18, we headed to the headquarters of Goldman Sachs here in New York to call them out for avoiding $10 billion in taxes, or for rather extracting $10 billion from our tax dollars. That is by exploiting loopholes or their roles in company mergers and acquisitions. We really wanted to send a message that it is not only about Trump releasing his taxes, but it is also about the 1 percent and companies like Goldman Sachs that really continue to exploit tax loopholes and avoid massive amounts of taxes that could be going to pay for basic services.

SJ: Tell us about the action on Tuesday.

RP: Tuesday we had New York Communities for Change, Resist Here, Democratic Socialists of America join us. We had about fifty people there, including members of the community who are directly impacted by service cuts and who will be impacted by the massive cuts in funding that Trump is going to implement. We headed there with a clear message that Goldman has avoided $10 billion in taxes and that they should be not only paying their fair share, but also ending their influence on the American government.

SJ: This connects to the Tax March that was held on Saturday, right?

RP: Yes, absolutely. We also participated in the Tax March that was demanding that Trump release his taxes. We wanted to, also, talk about Goldman who is actually part of our government. They have completely infiltrated our government. Gary Cohn, as you know, who is a former president of Goldman Sachs is the top economic advisor of Donald Trump and is now the number two guy in this administration. He has a tremendous amount of power in this administration and how our economy is going to be run. We thought it was very fitting to also target them for the extraction of wealth that they continue to do while pushing for massive cuts to services.

SJ: My friend David Dayen wrote a piece the other day: “President Bannon is dead, long live President Gary Cohn,” about this shift in Trump’s policies towards a more typical Republican [policy of] “extract as much wealth from the government as you can and slash services to working people.” I am thinking about when you had the action at Goldman Sachs in January and I met a gentleman who was there who was joining it who had actually voted for Trump because he thought he was going to drain the swamp. I am wondering if you are hearing any more from people like that who are really surprised at the turn this administration is taking towards the Wall Street Republican style.

I think this is going to be neoliberalism on steroids.

RP: We haven’t, personally, heard of any. I think that was a very special case.

To me, that is our main goal. I hope that we continue to hear from them as we continue to organize with MH Action, which is an organization doing amazing work organizing mobile home communities that are predominately white working class. I do hope that they continue to see the sham populism that was sold to them by Donald Trump. That really is the main objective of going after Goldman Sachs and going more on the offense, because we do see this as a weak point in the Trump administration. He ran under this fake populism promising to get rid of Goldman and the 1 percent while doing the complete opposite. Not only do we now have Goldman with tremendous power, but they have more power than ever.

I think this is going to be neoliberalism on steroids. They are starting very quickly to implement this, to run an economy that is going to give massive tax breaks to corporations. Goldman, as you can see, immediately after Trump was inaugurated, their stock doubled. It is doing tremendously well. This is what you are going to see. The top people, the most powerful, the richest people doing very well, while they continue to cut services, slash services to the most vulnerable.

SJ: What were some of the things your members were speaking about at the action on Tuesday?

RP: They were speaking, for example, about the fact that they are now at risk of losing crucial services like housing. As you know [Housing and Urban Development]’s budget is going to be slashed. That really would have terrible outcomes. We don’t know yet, but a lot of our folks are on Disability. For example, we have a member that is on Disability, receives a Section 8 voucher. There is no other way that she can continue to live in this city, the city she grew up in, if she doesn’t get a Section 8 voucher and that is now currently at risk. We don’t know what is going to happen. She might lose the service completely or as Paul Ryan was saying, now he wants to set a term limit so that it is five years or three years or she might have to pay more in rent. Right now she pays 30 percent. She might pay more. Folks were also talking about NYCHA [New York City Housing Authority public housing]. NYCHA, right here in the city has a $17 billion backlog in repairs. Now that is going to get even worse. We are going to have people continue to live under terrible conditions. Those conditions are probably going to get worse. Honestly, it is really, really terrifying when you start thinking about all of the outcomes.

SJ: In terms of what are next steps, what are people moving toward? Are your members taking part in the May 1st actions? What are you looking towards as next steps for this?

RP: For example, next steps are we are going to be fighting against HUD cuts. We are going to have members that will be directly impacted doing civil disobedience. That is going to be on April 20 at noon.

Of course, we are going to be participating in May Day actions. We are more interested in . . . rather than just rallying, really thinking of more militant actions and how we can shed light on the corporations that are profiting off criminalizing our communities and deporting immigrants. We are right now planning an action, which I don’t think I can disclose, targeting a huge corporation that profits from detention centers. We need to continue to shed light on the people who are really profiting from this, from human misery.

I think we need to understand that it is not only Trump, even though he is a horrible human being that we all love to target, but it is also about the economic powers behind him, like Goldman and like Wells Fargo who are profiting from criminalizing our bodies, from exploiting our people, and from cutting our services.

SJ: Anything else that people should know about the work you are doing right now?

RP: I think it is more important than ever to continue to organize our communities, to continue to hold people accountable. Not only corporations, which we know are behind these terrible policies, but also the politicians, the local politicians, the mayors, the governors who are not standing up who are still—for example, in New York we still have Broken Windows that is not only criminalizing black and brown bodies, putting them in jail for minor infractions, but also putting immigrants at risk of deportations. It is more important than ever in the Trump administration to also look at “Who are real allies? Who are the Democrats that are betraying our communities?” and really hold them accountable and un-elect them.

SJ: How can people keep up with the work you are doing?

RP: You can keep up by going to our Facebook, NYChange, and Twitter @NYChange. You can also learn about all of our work by going to our website NYCommunities.org. You should also sign up to our list and sign up to our rapid response program. Right now, we have a rapid response program so that you can find out about actions and rallies, but also find out about if someone from our community is at risk and you are able to do something to prevent them from being deported or being sent to a detentions center. 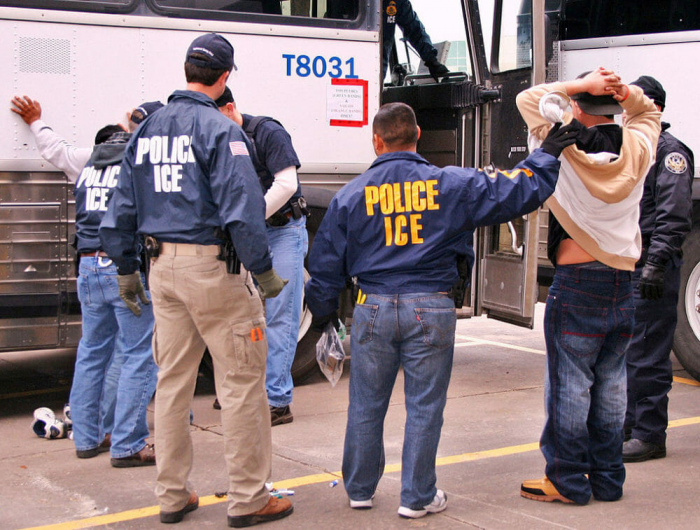 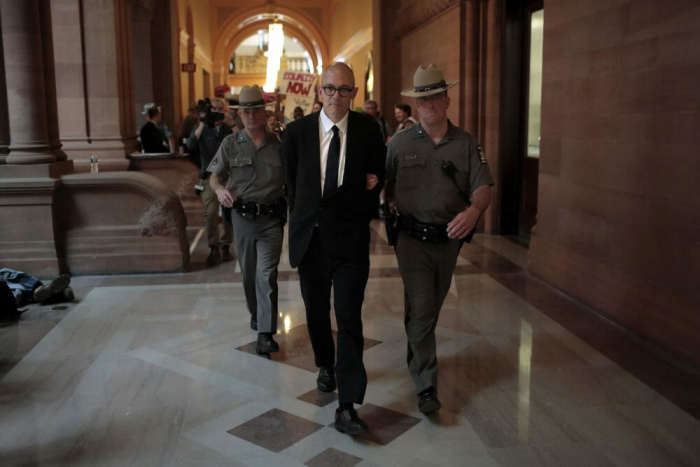 Battles We Have Fought Before
Sarah Jaffe
Columns 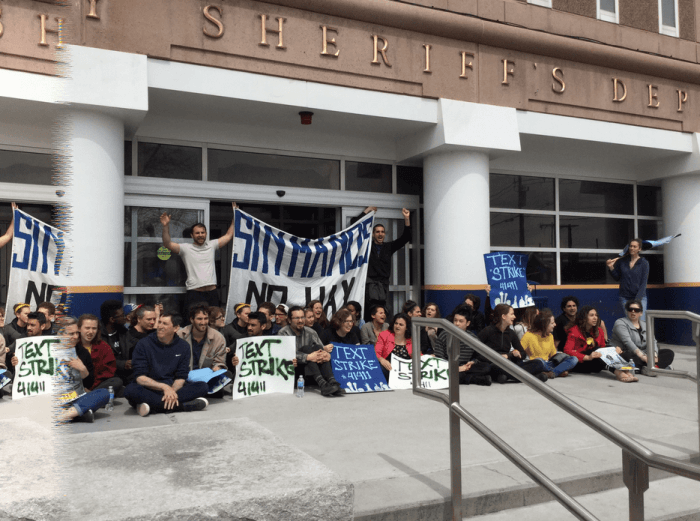