On December 21 of last year, the Tribune-Star, the daily newspaper in Terre Haute, Indiana, published an editorial on an incident that had taken place a couple of months earlier. On October 28, construction workers installing a sanitary sewer lift station discovered contaminated water on land previously owned by Western Tar Products, which made creosote-treated railroad ties. The horror of it, for workers who made the discovery, is underplayed in the editorial, but the facts stand out. In order to dig forty feet into the ground, the construction crew had pumped groundwater into a catchment lagoon that was nearby—on land formerly used for an International Paper mill. Before the work could be finished, hundreds of dead fish were floating in the contaminated water. Construction, the editorial tells us, was immediately halted.

I lived in Terre Haute in the early aughts and drove by the paper mill every day, inhaling unwillingly the rotting-egg smell that hung over the post-industrial town, but the question of where the region’s considerable industrial contaminants were going seemed not to bother anyone at all. The paper mill closed in 2007; the company claimed that its small size limited their production capacity, making it impossible to keep prices competitive. In the efforts to find new tenants for the former site of the mill on the banks of the Wabash river, there seemed to be very little discussion of what the mill and nearby Western Tar Products had done to the land. I wonder endlessly over the connection between my consumption of Terre Haute’s air and water for almost three years and my subsequent diagnosis with three autoimmune diseases a decade later.

Author Kerri Arsenault’s Mill Town: Reckoning with What Remains wrangles with these same circuitous connections between disease and environmental degradation in her hometown of Mexico, Maine, another paper mill town. The acrid paper-mill smell I know from Terre Haute is present there, rising out of the town’s smokestacks and permeating everything, including Arsenault’s childhood memories. As she recalls, the smell, the inescapable smell, “loitered amid the softball games we played beneath those stacks and lingered over our father’s shirtsleeves, allowing us to forgive the rank odor for what it provided.”

In lyrical and compelling prose, Arsenault reveals the dependencies that the mill created in bleak blue-collar Mexico and the nearby larger town of Rumford. Her father and grandfather both worked in the mill, the latter in the bleach room. Both men got cancer, one of the lungs and the other of the stomach, not long after they retired. Even so, Arsenault doesn’t originally set out to investigate these deaths; when she meets Terry Martin, the town’s de facto history keeper, she is just looking to “learn about [her] family.” It is in the same conversation, in Terry Martin’s kitchen, that an unexpected path opens up before her.

In 1981, before Arsenault had even graduated high school, Doc Martin, Terry’s husband, received a package that told another story about the region. “The package contained a four-year study conducted by the American College of Surgeons that examined over 1.5 million cancer cases from 1972 to 1986 in 700 hospitals in the United States,” and it concluded that at the Rumford hospital “prostate and colon cancer cases were almost double the national per capita average” and “cancers of the uterus, cervix, pancreas and rectum were also significantly higher.” Astounded by the information, Martin took the material to the board of directors of the Rumford hospital. He got no takers; “they said the report was bullshit,” Terry tells Arsenault.

The town lives “on the edge of anxiety and illness,” the economic precarity of a single employer interweaving with the specter of debilitating illness.

At the heart of the connection between contamination, the mill, and the cancer, is dioxin, a group of related and highly toxic chemical compounds. As in Terre Haute, it was dying fish that raised the alarm. In 1985 the EPA alerted the Department of Environmental Protection in Maine that “dioxin—a toxic byproduct of the chlorine paper-bleaching process and mill sludge waste incineration—was found in the fish downstream from seven Maine paper mills.” In fact, the concentration of dioxin found in the fish in Maine’s Androscoggin River was one of the highest that the EPA had found among seventy-four sites they tested.

If this is what dioxin had done to fish, its consequences on humans could only be more alarming. The Department of Environmental Protection in Maine played down the findings. It is notable and terrible, this intransigence of local authorities to take the risks seriously. Nor has there been any drastic change since then; before International Paper shut down its Indiana mill in 2007, it was routinely cited for environmental violations. One investigation conducted in January 2000, while I still lived in Terre Haute, found that the plant discharged “industrial process wastewater (spent pulping liquor)” into the environment and the nearby Wabash River.

The journey Arsenault undertakes from that day in Martin’s kitchen is what makes up the substance of Mill Town. Looking through thousands of pages of environmental records and statistics and speaking to hundreds of people, her story of a paper mill that sustained and also poisoned its people is one of the most remarkable that I have read. As she puts it, the town lives “on the edge of anxiety and illness,” the economic precarity of a single employer interweaving with the specter of debilitating illness.

Unlike the best-selling book A Civil Action, which presented a lawyer-hero who sets out to bring polluting corporations to justice (and which was dramatized in a movie of the same name), Mill Town does not deliver a specific indictment. What Arsenault presents, with mesmerizing lyricism and endearing honesty, is the story of a dying town wedded to a paper mill that once anchored the local economy while also bringing pollution and cancer. Mill Town puts forth larger questions of the human relationship to the environment; of the violence done to the land that eventually translates into the devastation of the people that live on it. Arsenault’s loyalty is not simply to a limited idea of health that would be typified by paying the ailing damages but on the injustice done to the land on a larger scale. Woven through her quest to create an environmental record, she threads the tales of her Acadian ancestors from the original French colony in Maine.

There are probably hundreds of towns like Mexico and Rumford, some bigger like Terre Haute, others smaller, which are beset with few choices and many burdens. After finding a 1994 study that detected unacceptable levels of dioxin in the lobster supply, Arsenault consults an epidemiologist named Richard Clapp. No one should have been eating the lobster, but they were. When Arsenault asks for an explanation, Clapp simply says, “Those decisions are based on politics” and “they have nothing to do with health or biology.”

Mill Town exposes how the truths of polluting mills, the harm they caused and the harm that they are still causing, are easily discoverable. In the end, Arsenault provides her own hypothesis for why they are not taken more seriously or spur more action: “We have always remanded garbage to the margins, to silent locations of despair, or tossed it into streams and watched it float away like a toy boat we can’t trace.” The words are some of the most perceptive I have seen written. Rifling through the discussions of what is to be done with the land formerly occupied by the International Paper mill in Terre Haute, I learn that one proposal wanted to use it to construct a new jail. All of the city’s unwanted bits brought together and locked away in one place. 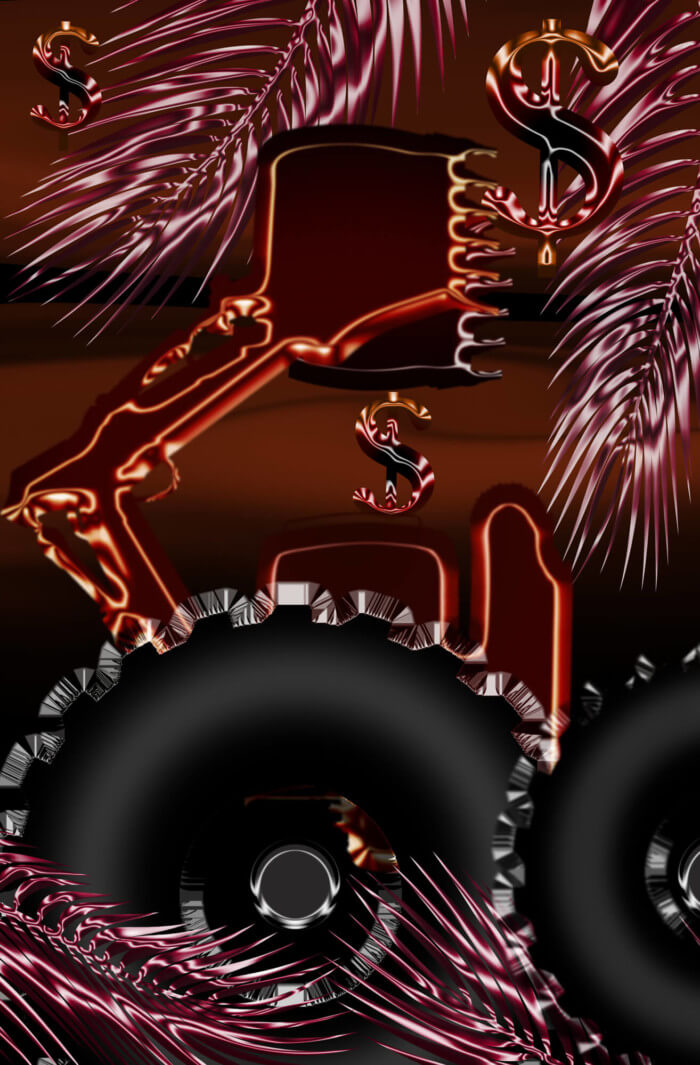 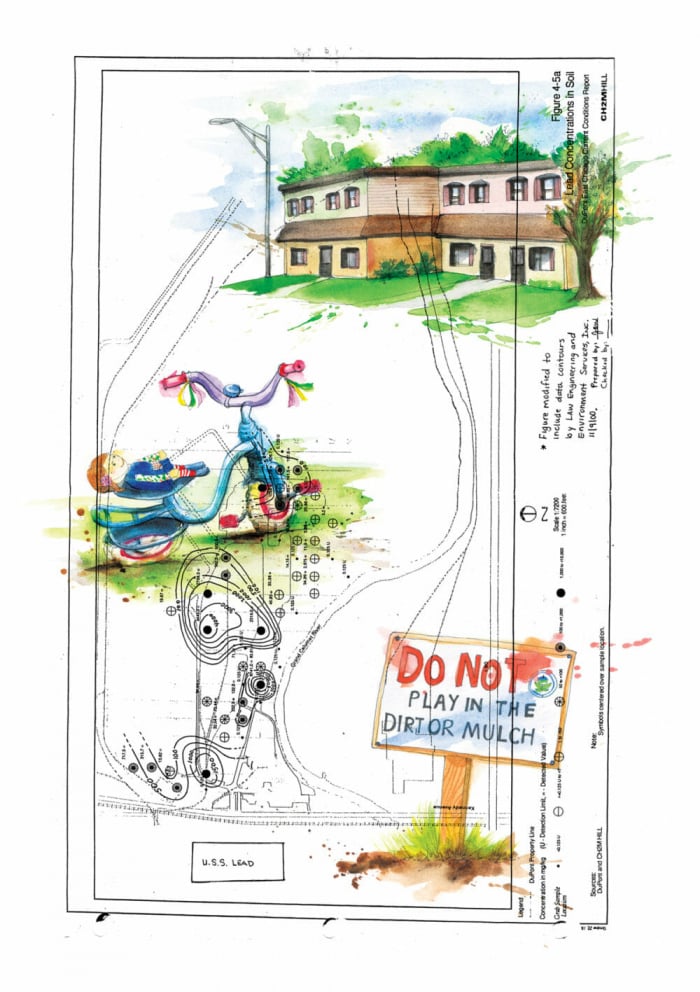 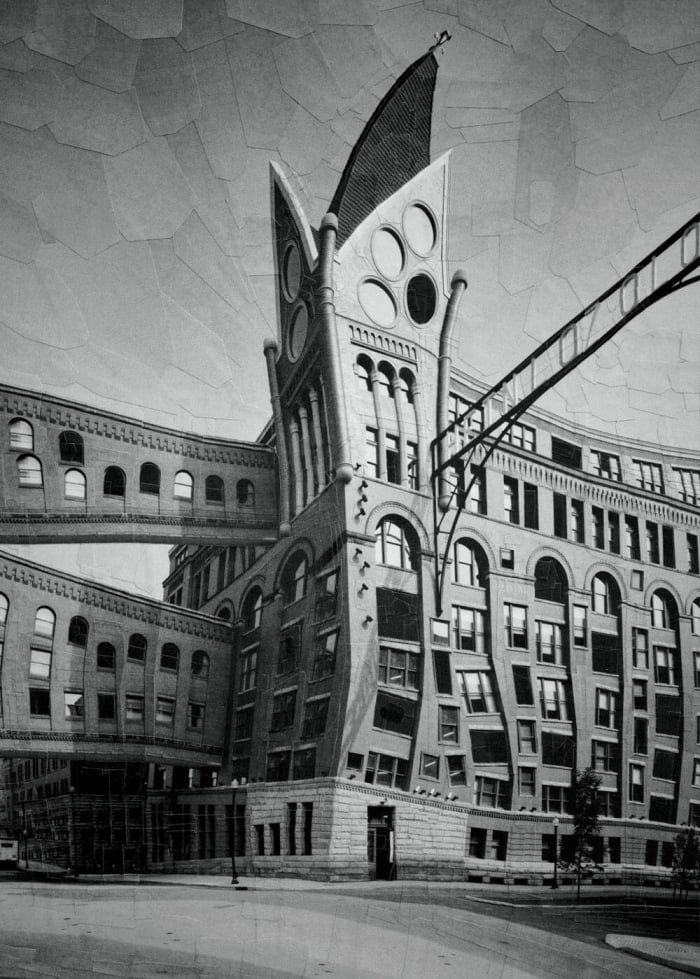