Have you heard? Millennials are moving back to cities, and the New York Times is on it. In fact, the Times was so on it that it was on it twice in the same day last month, in two different sections of the paper. Plenty of folks have been hoping this day would come—from Grist, the environmental magazine that encouraged young people to leave the suburbs and “give the finger to the whole rigged system,” to Richard Florida, who has made a career out of talking up the benefits of high-density city living.

Of course, as all of these newly vindicated visionaries are taking victory laps to celebrate their foresight, the rest of us will be taking our own laps—around the block, frantically searching for someplace we can afford the rent. That’s what happens when high population density goes from being a statistical figure to a luxury good. Some cities have responded to this by blocking anything that would make them more dense—no more new transit, no more new market-rate housing, and so on. But the better way to respond is to encourage density in ways that require and reinforce affordability, not destroy it.

The three basic types of American cities are Rust Belt industrial (Cleveland), Sunbelt sprawl (Phoenix), and coastal cosmopolitan (San Francisco). Between smaller living spaces, higher rates of walking and transit use, and shorter distances to cultural and economic resources, residents of the third type of city should have the lowest cost of living. But therein lies the irony; because cities where this lifestyle is possible are so scarce, the ones that do offer it can charge a fortune for the privilege. The more new residents these cities attract, the worse the space crunch will get. And this is how the world ends: not with a bang, but with protesters vomiting on a Yahoo bus.

Whether we can remake this situation to our advantage is the question that, in one way or another, almost every urban policymaker is trying to answer. New York City Mayor Bill de Blasio threw down the gauntlet on May 5 with a long-awaited housing plan [PDF] that he promises will build or preserve 200,000 units of affordable housing, revamp the city’s arcane zoning policies, and generally make New York a more affordable place to live.

If de Blasio follows through, he is indeed likely to alleviate the city’s housing problems. But what’s remarkable about the mayor’s plan is how heavily it embraces the biggest new urbanist buzzword of all, “density,” in a city that’s already famous for its high density and even higher prices.

It’s right there in the executive summary of de Blasio’s plan: “To become a more affordable city, we must become a denser city.” If you’re looking for counterintuitive statements, you couldn’t do much better than “New York needs to become denser than it already is.” The five boroughs currently have just over 27,000 residents per square mile. The next-densest major U.S. city, San Francisco, has just over 17,000. Other cities that are relatively dense by U.S. standards—Boston, Chicago, Philadelphia, Washington D.C.—have between 9500 and 13,000 people per square mile.

But the de Blasio administration, to its credit, has decided that if greater density means more housing, that’s perfectly fine. Deputy Mayor Alicia Glen summed up this sentiment when she said, “For so long, density has been a bad word among urban planners. But now we’re realizing that density when done right is our great, great advantage.”

In reality, “density” hasn’t been a bad word among urban planners for some time. It’s lately back in vogue—largely as it should be, because when used properly, density is an important part of what makes cities unique, immersive, and culturally rich. Richard Florida’s The Rise of the Creative Class, one of the books that began the trend of celebrating the return of the moneyed class to dense city cores, was published in 2002. Planning movements like New Urbanism and Smart Growth use concepts like density and “walkability” to design more inclusive, sustainable communities. In the last decade, a large market of online media outlets devoted to city planning has appeared (The Atlantic Cities, Next City, and Planetizen are a few examples), and these outlets’ sympathies tend toward dense, transit-oriented development. The movement to stop subsidizing suburban sprawl has devotees from academia to the White House.

Many planners and urbanists who worry about “density” now focus on a different problem: the likelihood that the idea will be monetized and turned into a tool of displacement, as poor people are pushed out into sprawling, car-dependent suburbs, and dense city centers become affordable for only the very rich. Originally, Richard Florida’s “creative class” theory suggested that cities ought to do everything possible to bring highly skilled workers with refined tastes to the city center, and watch the benefits (both cultural and monetary) trickle down. Florida admitted, post-recession, that this didn’t really happen. However, he and his disciples still use words like “density” and “clustering” as code for all that is good about cities.

There are those for whom “density” remains a dirty word, but they tend to be people who use their privilege to propagate suburban sprawl: anti-development activist groups, or people who generally resent cities and what they represent, or just people who want their free parking. Planners themselves no longer represent the same sort of systematic obstacle to density that they were in the time of Robert Moses (although laws from that era still have the power to place stupid restrictions on development). Ideally, the key question in future urban planning discussions will not be whether or not cities ought to become denser; it will be what they want to do with that inevitable density.

De Blasio’s plan, by contrast, promises a mandatory inclusionary zoning program: Developers will be required by law to make a certain percentage of all new units affordable. It contains plans to overhaul the city’s zoning and property-tax laws, which currently place stifling restrictions on new residential development. And it commits city resources to stopping illegal evictions, a favored tactic of landlords in a city where the rental vacancy rate is an extremely low 3.12 percent, and gentrification is everywhere. In short, de Blasio looks like he will be a fairly pro-development mayor, but not one who gives landlords and large developers a blank check to harass tenants and gouge the public coffers. So far, though, his rhetoric is just that: rhetoric.

The suburbanization of the United States, and the simultaneous neglect of its cities, was based on an ugly social and racial calculus embraced by politicians and planners alike: that city life was a travesty, that suburbs had to be created to solve this problem, and that the Wrong Kind of People could not be allowed to inhabit those suburbs.

Now that capital (both financial and human) is flowing back into city cores, density looks like it will be as much of a given as suburbanization was sixty years ago. De Blasio may be talking a good game on housing, but making sure that the Wrong Kind of People don’t get displaced by the Wrong Kind of Density will require more than good intentions.

Jordan Fraade is an urban planner and former journalist based in Los Angeles. His work on city planning and transportation has been featured in the Washington Post, Al-Jazeera America, Next City, and Gothamist. He tweets @schadenfraade. 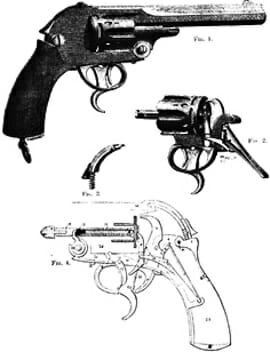 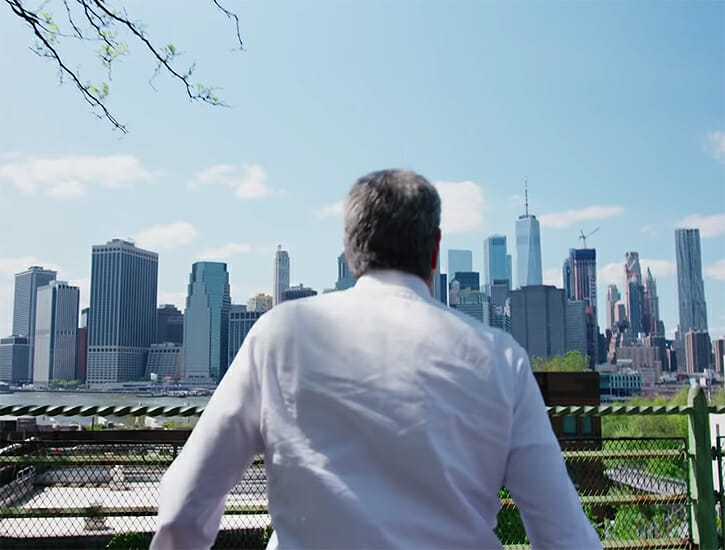 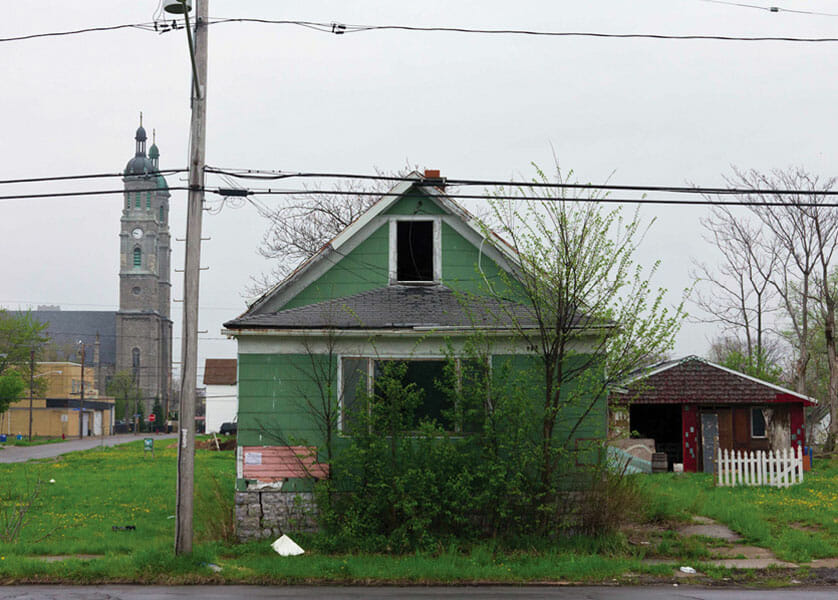