In February 1988, toward the end of Gary Indiana’s three-year stint as the chief art critic at the Village Voice, he published a column in the form of a list of grievances that reflected his growing disillusionment with the role of institutional tastemaker. “If I want to tell you something, why drag everything relevant in because ‘art needs to be covered’? Cover art with a blanket and pour gasoline on it, then light a cigarette and throw the match away. You won’t lose anything you can’t live without,” he wrote. “If I made a record based on my experiences as an art critic I would call it I Don’t Care If You Never Forgive Me, b/w Fuck You If You Can’t Take a Joke (Yourself).”

Art was interesting to the extent that it existed in the world, not “some imaginary realm where the human spirit masturbates to the music of the spheres.”

Prior to his recruitment by the Voice, Indiana had existed happily on the art world’s margins; he contributed semi-regularly to magazines like Artforum and Art in America, but he was primarily known as an avant-garde polymath: a writer and director of eclectic Off-Off-Off Broadway plays, co-founder of a theater company that never quite settled on a name, and occasional actor in experimental European films. The job offered the material comforts of a steady salary, but it came with the requirement that he immerse himself in the era’s metastasizing art market and its attendant hype machine. Because the Village Voice was one of the only major publications that printed reviews of gallery shows before they closed, artists and dealers vied for his affections: “you could move the merchandise,” he later wrote, “while it was out on the rack.” He quit a few months after the February 1988 column, published a kiss-off in the form of the novel Horse Crazy—whose protagonist is a similarly credentialed thirtysomething critic, consumed by obsessive, unconsummated desire for a preening wannabe artist—and spent the next thirty years attempting to erase “former Village Voice art critic” from the first line of his biography.

The appearance of the collection Vile Days: The Village Voice Art Columns 1985-1988, recently published by Semiotext(e), might come as a surprise to readers of Indiana’s 2015 memoir I Can Give You Anything But Love, in which he dismisses his work for the Voice as “a bunch of yellowing newspaper columns I never republished and haven’t cared about for a second since writing them a quarter century ago.” The fact that other people continued to care about them—often more than they cared about his plays, or his films, or the novels and non-fiction books he’s written since, many of which remain out of print—was a source of considerable irritation. But at the urging of the critic Bruce Hainley, who serves as the volume’s editor, and Semiotext(e)’s Hedi El Kholti, Indiana reconsidered his stance: “2018 feels a lot like the mid-’80s, only worse,” he writes in a brief preface to the collection. “I now think this compendium may serve as a corrective to a lot of ill-informed notions of things past, and may also have some pointed relevance to things present.”

From the outset, Indiana pushed against the conventions and expectations of the exhibition review, in terms of both formal experimentation and thematic approach. Sometimes he wrote columns in which all of the proper names had been excised, which rendered them useless as gallery PR; others featured pseudonymous composite characters like “Gaston Porcile Vitrine,” an allegory of art-world fickleness who finds himself suddenly, humiliatingly shunned at downtown hangouts after a season or two in the limelight. One column, from July 1985, is a collage of quotations paratactically arranged without further comment, juxtaposing snippets of news reports on the recently released American hostages in Lebanon with articles on, among other things, Julian Schnabel and his patrons, Charles and Doris Saatchi. Another opens with a vignette about seeing a man in a parked Rolls Royce masturbate to the voice of a prostitute calling from a payphone down the street. “This doesn’t have anything to do with art,” he says—the implication being that it surely does.

It was a world in which the last vestiges of a social safety net had been dismantled and his friends were all dying of AIDS.

Though Indiana’s reviews included vivid, incisive reflections on the art he encountered—Gerhard Richter “often handles paint like a master violinist playing third-rate chamber music at formal tea”; the characters Cindy Sherman portrays in her 1985 series Fairy Tales “give the impression of having awakened in a different place than where they went to sleep”—his columns never lost sight of the broader social and economic universe in which these works circulated. Art was interesting to the extent that it existed in the world, not “some imaginary realm where the human spirit masturbates to the music of the spheres,” and it was a world in which the last vestiges of a social safety net had been dismantled and his friends were all dying of AIDS.

In his columns, Indiana skewered the art world’s bloated egos and grotesque superficiality, but he was interested, above all, in scrutinizing who held power and how it was deployed. In a particularly trenchant essay on Richard Serra’s lawsuit against the General Services Administration—the government agency that had commissioned his 1981 public sculpture Tilted Arc for the plaza outside the Jacob K. Javits Federal Building in Manhattan and, at the urging of the people who worked there, now planned to remove it against the artist’s wishes—Indiana chides Serra and his defenders for their naivete: “Who on earth did these people think they were dealing with in the first place?” he asks. “If you are so enamored of [power] that you regularly ornament its dinner tables, ride cackling through the night in its limousines, and sign worthless contracts with it, it is no problem of mine or anyone else’s if power decides, one bored afternoon, to add you to the menu instead of inviting you to eat.”

The timing of the book’s release in late November, just after the Voice was abruptly shut down by its billionaire owner, Peter Barbey—hailed as the struggling paper’s white knight when he bought it in 2015—was a depressing coincidence, but an appropriate one. As Indiana wrote in an obituary for the Voice in Artforum in September, “at this supremely squalid and depressing bend in our country’s political life, it’s strange to recall what the Village Voice once was to a great, liberal American city, a city that now competes with London as the world’s biggest money laundry.” Vile Days is a bracing, electric portrait of eighties art as it unfolded against the backdrop of the AIDS crisis and Reaganomics—in Hainley’s words, Indiana “turned the art review into chronicle of life under siege”—but it’s also a vestige of a time when the importance of cultural criticism was self-evident to any publication that took itself seriously. It’s hard to imagine an art critic today getting away with newspaper columns like Indiana’s, in part because there are hardly any newspaper critics left. 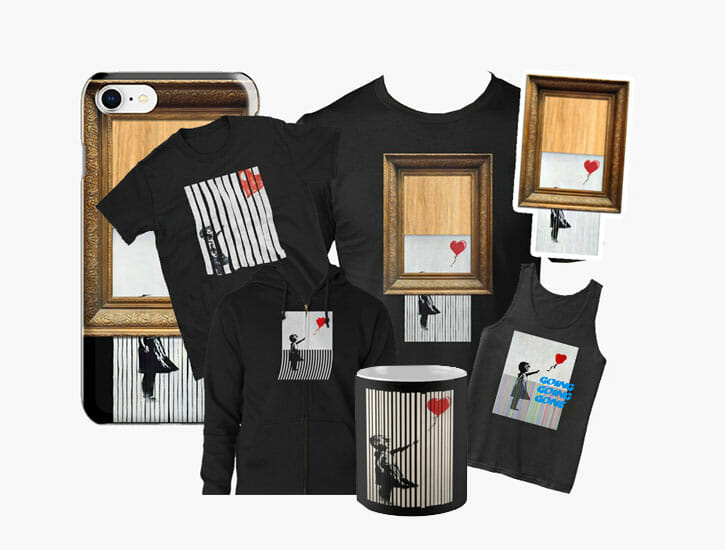 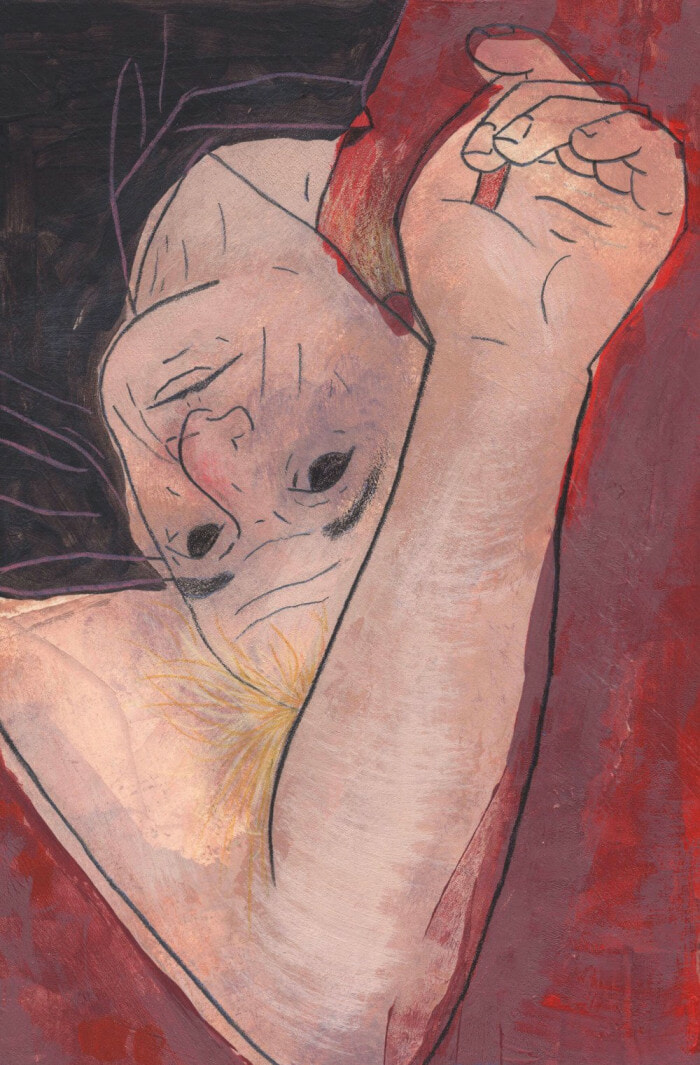 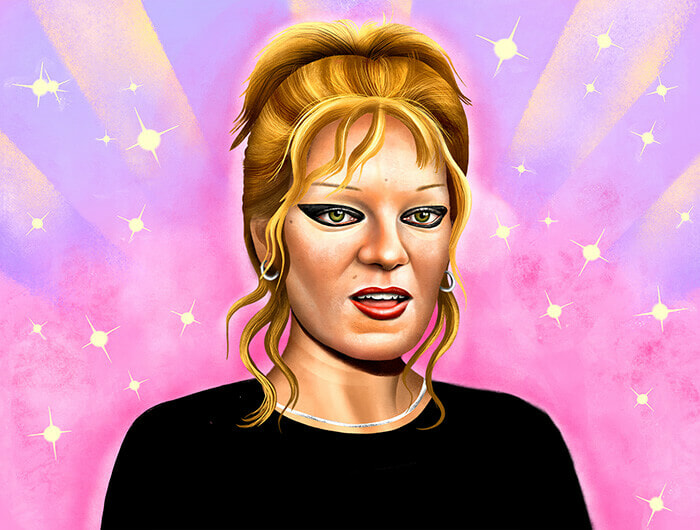