I had always hoped, our nation’s first President wrote to one of its first refugees, “that this land might— become a safe and agreeable Asylum to the virtuous and persecuted part of mankind, to whatever nation they might belong.” It was 1787 and François Van der Kemp, an anti-monarchist radical, had fled the Netherlands to seek asylum in the newly formed United States, to escape persecution and imprisonment by the Prince of Orange.

Two hundred and thirty years later, orange has become synonymous with tyranny on the other side of the Atlantic, and the horizon of our time as a “safe and agreeable Asylum” is within view.

Last Friday, the White House suspended all refugee admissions to the United States, cancelled the Syrian refugee program, and stopped issuance, processing, and admissions of visa holders (and, briefly, lawful permanent residents) from seven Muslim-majority nations. The order (and Trump himself) suggested possible exceptions for Christians from these countries even while Muslims overwhelmingly remain the principal victims of ISIS and associated terror groups.

Chaos ensued, not only from thousands of Americans turning out for spontaneous protests, but from within the administration itself as it quickly became clear that these orders were issued without consultation or (in a supreme irony) vetting from the Department of Homeland Security.

Many of our leading political and media lights have come together over the past three days to denounce this order as contrary to American values and refugee policy, but this is, to be generous, an optimistic view of the evidence. U.S. federal immigration policy has historically been designed not to attract the immigrants that we want, but to exclude those that we do not.

U.S. federal immigration policy has historically been designed not to attract the immigrants that we want, but to exclude those that we do not.

Congress began to exercise its plenary power to legislate immigration in 1882, and to review its efforts to filter out the undesirables amongst the huddled masses is to stroll through a rogue’s gallery of our historical Others. Of the dozens of possible subjects, one might pause to consider Chinese nationals (1882), polygamists (1891), anarchists (1903), homosexuals (1917), Communists (1950), and the HIV-positive (1987). Each of these policy choices were purely reactionary, a defense against the latest perceived threat to our national security and way of life. Many have been eased or lifted with changing national priorities and social sensibilities. Others remain.

On the 74th anniversary of the Japanese attack on Pearl Harbor—a terrorist assault subsequently used to justify othering and detaining thousands of U.S. citizens—U.S. Presidential candidate Donald Trump proposed a new category of inadmissibility: Muslims. Citing a single, thoroughly discredited survey conducted by Islamophobic conspiracy peddler Frank Gaffney, Trump solemnly informed his base in a rare scripted rally appearance that their Muslim neighbors hated them. “Where this hatred comes from and why,” he read, awkwardly, “we will have to determine.”

Trump’s own boundless capacity for hatred should be evident to anyone who has watched him stomp and grimace his way around the national stage during the most indecently grueling (and gruelingly indecent) Presidential campaign in modern American history. Where this hatred comes from and why, we will have to determine.

While Friday’s executive order is not the ban Trump promised, no serious thinking person expected that a full-on ban on Muslim immigration could have possibly been accomplished with any immediacy. This is merely the opening salvo in a long war of attrition against our national moral center.

The initial draft of the proposed order was circulated last Wednesday to the general alarm of the immigration bar and policy experts. Taken on its own broad, poorly-drafted terms, it read as a hard stop not only to the issuance of new immigrant and non-immigrant visas from a handful of majority-Muslim nations—citizens of which were collectively responsible for not a single instance of terrorism on American soil—but to the admission of current non-immigrant visa holders, newly-issued immigrant visa holders, and even long-time lawful permanent residents. This is exactly how it was applied this weekend, until federal judges in New York, Boston, and beyond weakened the immediate impact of the order, and the White House oafishly reversed its prior reversal of DHS’s announcement that green-card holders would be exempt.

Why this? Why now? There was no exigency, no Reichstag fire, no 9/11; not even a passing reference to a thwarted sleeper cell. If our intelligence services—even in the diminished and accessorized role the new administration seems to prefer them—have any credible evidence to support this extreme measure, they have remained silent. And other than a principled statement of opposition from Senators John McCain and Lindsey Graham, Trump’s own party has quietly acquiesced along with a number of Democrats. Seeing so many accept the unacceptable during a time of relative peace should be reason for all of us to be concerned about what might be to come in more turbulent times.

Refugees are a human creation, the inevitable products of human prejudice. While we refer to disaster victims around the world as “refugees,” famine and plague and natural disaster claim their casualties indiscriminately without regard to race, religion, ethnicity, national origin, or anything else. Humanity has recognized a special moral obligation to refugees since before the time that the Torah was put to parchment.

Sweeping restrictions closer to the scale of what has just been put into place were reasonably implemented around both world wars, true national emergencies with defined national enemies. Yet even then our failure to allow visas for thousands of Jewish refugees trying to flee Europe as Hitler’s intentions became unavoidably clear is a source of national shame. Or, at least, it was before we had an American president who specifically erased any mention of Jews from Holocaust Remembrance Day in an affirmance of his commitment to the white supremacist “all lives matter” crowd.

Friday’s order could not have made it more clear that all lives do not, in fact, matter, and that some lives matter above others. The permanent suspension of our commitment to resettle Syrian refugees is a moral outrage, but there is simply no acceptable justification whatsoever for the 120-day suspension of all admission of refugees from around the world beyond the obvious: Trump’s rapid, relentless effort to normalize the unthinkable.

It is reasonable to conclude that the small junta at the top of this administration responsible for this order would end our entire refugee resettlement program tomorrow if given the opportunity. We must not allow them that opportunity.

The private-public partnership between the U.S. government and the “VOLAGs” (voluntary agencies), which employ the resources of private charities to resettle refugees is one of our country’s greatest humanitarian success stories. Millions have been peacefully resettled and assimilated at minimal cost to U.S. taxpayers, and they have flourished in the way that only those who have seen the very worst of what humans can do to one another can do, when shown the life-saving kindness of strangers. If our nation were only bending a little further down King’s moral arc toward true justice, we would celebrate the exceptional achievements of our refugee program as a matter of national pride. Instead, we are promised that the most complex series of background checks ever designed and implemented for incoming immigrants by any government in Earth’s history will be made more “extreme” while Trumpists eagerly await the fulfillment of the full ban on Muslim immigrants which they were promised.

Trump signed this order within the first week of his presidency, and there are 207 more long weeks left for his administration to slowly normalize and expand the idea not only that some countries will no longer be supplying immigrants to ours, but that one of the world’s major religions poses an inherent risk to our nation’s interests and well-being.

We must hold the line. We must keep our eyes, hearts, and minds open, and our bodies in the streets and airports. If we deny our heritage as a nation of immigrants, we will be proven a nation of cowards. 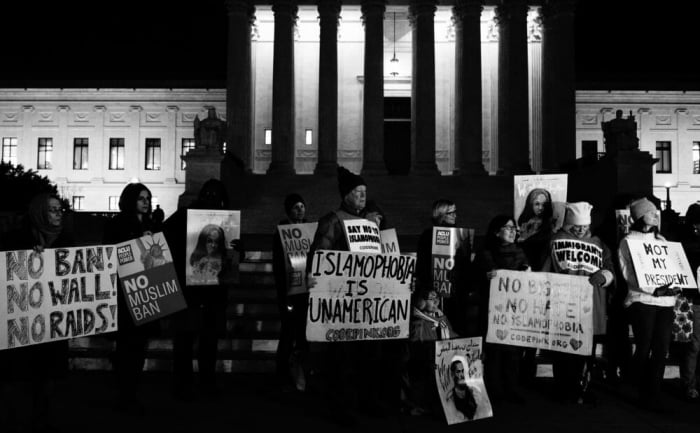 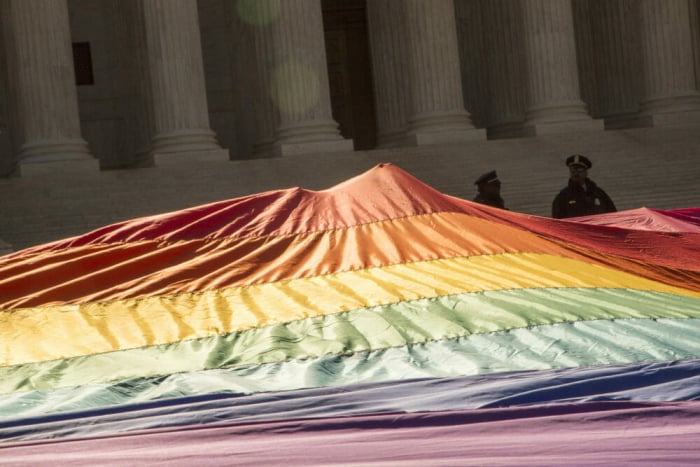 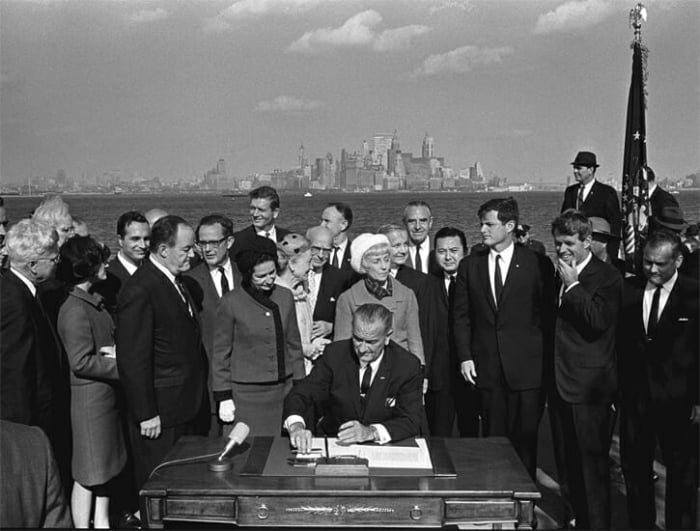