In October of 2016 and again in October a year later, I worked as a volunteer at a women’s center on the Greek island of Chios, a hot spot in the refugee geography of European migration. At one point, I met a young woman I’ll call Asma. With a row of piercings lining the curve of each ear, and loosely coiffed curls bouncing to what feels like a hip-hop beat as she walks, you could mistake Asma for an American—if it were not for her limited English. Hailing from Iraq, Asma and her husband, who manages a chronic condition, were initially cleared to travel to the United States as part of the Refugee Admissions Program (USRAP) during their temporary stay in Turkey. But something big had changed between those two Octobers: the United States had elected a president who campaigned on a pledge to crack down on refugee assistance and immigration.

When Asma had first learned about her clearance to travel to America, an issue arose. She would be too pregnant to make the trip on the scheduled date. The young couple, in their early twenties, faced a choice: to try to raise a child in a war-devastated country or to start a new life in the United States. Asma obtained an abortion. And then Donald Trump was inaugurated and less than a week later, on January 27, 2017, he signed an order that became known as the first “Muslim ban,” or officially the Executive Order 13769: “Protecting the Nation From Foreign Terrorist Entry into the United States.”

How many hopes have been dashed since that order was signed? How many lives transformed by the uncertainty that has followed?

Asma’s chances might have been better under earlier U.S. policies: from 2007 through 2013, for example, there were 93,323 Iraqi refugees who were rigorously vetted by Domestic Homeland Security (DHS) and the U.S. Citizenship and Immigration Services (USCIS) and resettled in the United States (that’s about 40 percent of the more than 200,000 Iraqi nationals who were referred to the USRAP during those years). The United Nations High Commissioner for Refugees (UNHCR), the first point of contact for those who flee their homeland, reports that the vast majority of the world’s 22.5 million refugees eventually either return to their country or settle in the one where they first took refuge. “While UNHCR reports that less than 1 percent of all refugees are eventually resettled in third countries, the United States welcomes almost two-thirds of these refugees,” according to the State Department’s Bureau of Population, Refugees and Migration Refugee Admissions Program.

Within days, federal courts moved to prevent Trump’s first Muslim travel ban from taking effect. The next one was halted, too.

Yet Trump’s original executive order decreed that refugees from Syria would be indefinitely blocked, while immigration from six other predominantly Muslim countries would be suspended: Iraq, Iran, Sudan, Libya, Somalia, and Yemen. Within days, federal courts moved to prevent the order from taking effect. The Trump administration devised a new order on March 6. This time six countries were singled out: Syria, Iran, Sudan, Libya, Somalia, and Yemen. Courts blocked that one, too. And finally, Trump signed his third order on September 24. The same countries were targeted, with the exception of Sudan, while Chad and North Korea were added to the list. Restrictions varied by country and new restrictions also affected some citizens of Iraq and Venezuela.

In the courts and in the press the immigration bans were faulted as unconstitutional because they were based on religious discrimination. Trump’s third attempt was again repudiated by a three-judge panel of the Ninth Circuit Court of Appeals just before Christmas, partly on the grounds it may exceed his authority to make immigration rules. As the Washington Post editorialized on January 3, “even the weakest version of the travel ban is still vulnerable because Mr. Trump drafted an ideological order by fiat instead of going through the normal processes of governing.”

And yet, because the U.S. Supreme Court ruled earlier in December to allow the travel bans to take effect until a definitive ruling is made, the higher court’s ruling carries the day. For now, the administration is enforcing its restrictions; the constitutionality will likely be decided this year by the Supreme Court.

Meanwhile, there is a broader question that has gotten almost no attention in the press: While the Trump administration continues to single out selected countries to include in his travel bans, the United States has long targeted most of these same countries in ways that intensify the refugee crisis in the first place. To put it bluntly, we’re not just banning, we’re bombing.

Most of the Trump-targeted countries have been either hit with our bombs or by economic sanctions. In 2016 alone, the United States dropped 26,171 bombs in the countries of Syria, Yemen, Somalia, Libya, and Iraq, as well as in Afghanistan and Pakistan (which have not been on the travel ban lists). The U.S. military presence in Chad has been expanded, too. This administration has either intensified or renewed sanctions against Iran, Venezuela, and North Korea.

The refugee policies that previous U.S. administrations set up could be conceived as a secret apology for the displacement caused by our wars and invasions. Even as Iraq was listed on Trump’s travel ban, and then dropped from the list, and then partially restored, the conditions in Iraq have continued to create refugees. I encountered scores of Iraqis who traversed rough waves and militarized waters seeking refuge on the island of Chios, escaping threats of targeted killings, kidnappings, gender-based violence, and massacres of entire family networks.

Most of the Trump-targeted countries have been either hit with our bombs or by economic sanctions.

Gore Vidal once called us the “United States of Amnesia.” The targeting of Muslim majority communities is not new. There was the Nixon administration’s 1972 targeting of Arab American and Arab national travelers known as Operation Boulder. There was Reagan’s “Alien Terrorists and Undesirables: a Contingency Plan”—a 1986 blueprint for rounding up noncitizens with national origins from Libya, Iran, Syria, Lebanon, Tunisia, Algeria, Jordan, and Morocco. The Clinton administration established a new secret evidence court that tried and deported Arabs and Muslims. George W. Bush pushed the National Security Entry-Exit Registration System—a “special registry” for male non-citizen visa holders from twenty-five Muslim-majority countries. All these policies and secret plans were concocted to stymie what the CIA internally termed “blowback.” That is, when you wreak havoc in faraway places, there are ill winds that eventually find your own homeland.

Chalmers Johnson, an author and former professor at the University of California, San Diego, pointed to the bloated standing military as being the beginning of the end of empires (referencing the Roman empire as a lesson for U.S. military industrial complex). Our current U.S. imperial overreach has constructed 800 bases in seventy countries, with military action in at least six nations. The United States racked up at least seventy-two cases of regime changes and covert coups in the Cold War alone. Notice how upset some Americans are about the possibility of Russian interference in the 2016 presidential election results. How does that square with our own history of de-stabilizing or even toppling elected governments around the world?

In order to understand and begin to change conditions we have to be able to get at the root of the root (as thirteenth-century Sufi poet Jalal al-Din Rumi advised, though he was talking about spiritual practices). We must get to the root of the root of what role our country plays when we see refugees streaming out of their native lands.

This is not just a domestic issue about whether a “Muslim ban” is constitutional. There’s a deeper question about whether our bombing campaigns are immoral. As a popular meme circuiting the social media ecosystem simply and cogently states, “Refugees: if you don’t want to take them, don’t make them.” The Trump travel bans are larded with rhetoric about protecting U.S. citizens from terrorists. They will do nothing to make the world safer, so they cannot make America safer. As journalist Jeremy Scahill put it on a recent Intercepted podcast, “Our wars make new enemies every day.” Beyond making enemies, these imperial campaigns displace millions like the once hopeful young Asma and her husband. And yet, the question no one is asking is the most urgent one: who will keep the rest of the world safe from us and our rampaging militarism? 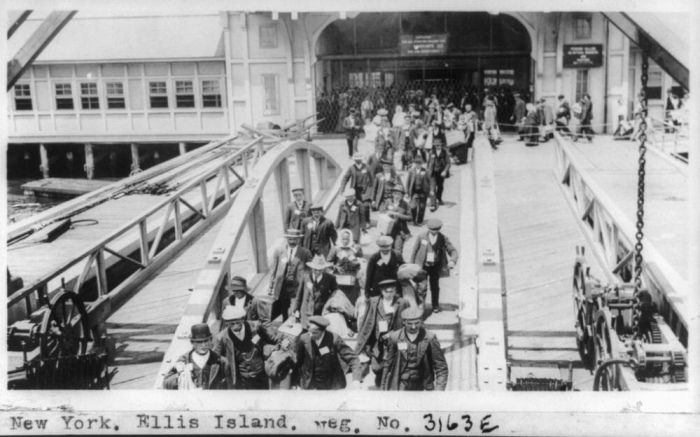 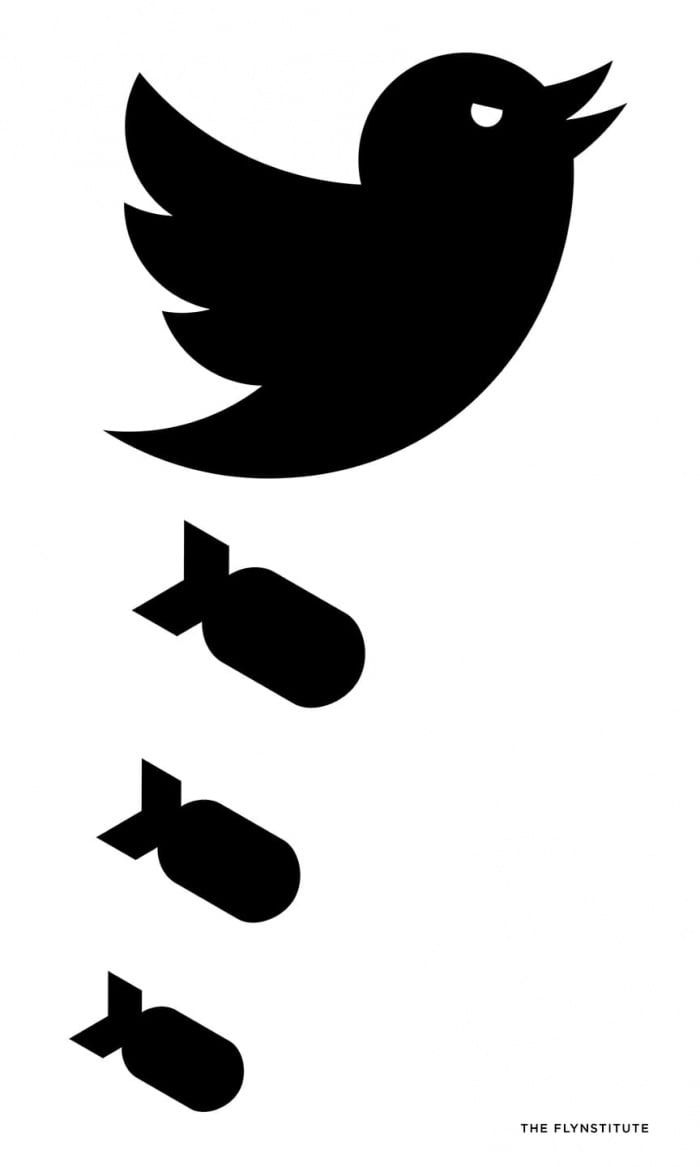 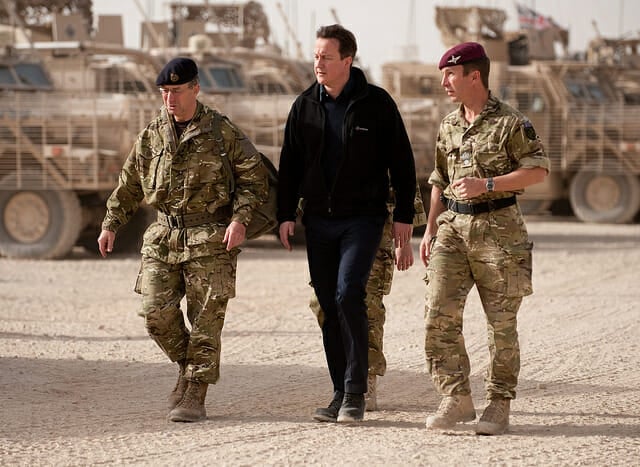 The Permanent War on Terror: Only As Old As It Feels
Jacob Silverman
Word Factory