Yanelia Ramirez has been a nail technician for more than fourteen years, and she has been working at the same nail salon in the Bronx for around a decade. She usually puts in over fifty hours a week, taking home around four or five hundred dollars before taxes. Her bosses—against whom she once had to file a wage theft complaint—control what hours she works and which services she provides. She has no employer-provided benefits or health insurance, and she is not paid an hourly wage, instead relying on commissions. Ramirez’s job is taxing, physically and emotionally; sometimes clients take out their bad days on her. Others won’t look her in the eye. Respect is a commodity that some apparently feel she has not earned.

Ramirez is a member of the so-called “gig economy,” a phrase that conjures Silicon Valley-tinted visions of Uber drivers and TaskRabbits but really describes a wide range of workers spilling across multiple industries, from academia to construction to beauty. Despite the realities of her actual workday, which is tightly controlled and closely monitored by her bosses, Ramirez is classified as an independent contractor, a federal designation that frees her employer from having to provide her with benefits, sick leave, unemployment, or even an hourly wage. A cursory glance at the Department of Labor’s own nail salon-specific definitions of an employee versus an independent contractor make it clear into which category Ramirez and her coworkers should fall, and yet “independent” they remain.

Ramirez is far from alone. Conversations around worker misclassification have been ramping up since the passage of California’s Assembly Bill 5 (AB5) in September 2019, which codified an earlier state Supreme Court decision on the subject into law. Essentially, AB5 aims to tackle the pressing issue of worker misclassification—that is, when workers are legally classified as independent contractors instead of employees, denying them basic labor protections like a minimum wage or overtime pay that should be guaranteed under the Fair Labor Standards Act of 1938. Misclassified workers are also deprived of the protections of another of the country’s most influential labor laws, the National Labor Relations Act of 1935, which guarantees employees’ right to organize or join unions and engage in collective bargaining. The Act notably excludes agricultural laborers, domestic workers, government workers, and, you guessed it, “any individual having the status of an independent contractor.”

Respect is a commodity that some apparently feel she has not earned.

I met Ramirez last month at a worker roundtable hosted by the NY Do It Right Employment Classification Test (DIRECT) Coalition. The coalition includes members of 32BJ SEIU, the New York Taxi Workers Alliance, Workers United, the National Employment Law Project, National Domestic Workers Alliance, Make the Road New York, the National Writers Union, and The Legal Aid Society. I moderated a discussion between Ramirez and four other workers who are currently—and, in their view, wrongly—classified as independent contractors. The group included Uber driver Saibou Sidibe, former delivery driver Clayton Brown, freelance journalist Janet Burns, and Diego Gerena-Quinones, a cyclist who has worked for a number of app-based delivery services. (Daniela Contreras, a former domestic worker and an organizer with the National Domestic Workers Alliance, had to cancel her appearance due to illness.) For over an hour, the conversation flowed around bosses, misclassification, client behavior, and the daily hustle. While each worker’s job looks different from the outside, the same themes kept coming up: a lack of autonomy, protection, and dignity. When asked if they felt that they were their own bosses—allegedly a key upside of the independent contractor’s lot—there was a chorus of scoffs and rueful eye rolls. When the idea of flexibility at work came up, another supposed benefit, they scoffed again.

Sidibe, a former yellow cab driver and an organizer with the New York Taxi Workers Alliance (who represent black, yellow, and green cabs, as well as rideshare drivers), broke down a new Uber feature that restricts drivers’ available shifts and has been cutting into his earnings. Brown recounted the tale of the wildcat strike he organized at his former employer, craft bakery Leaven, when the company withheld wages from him and his fellow workers for two pay periods. Two years later, Brown is driving for Uber to make ends meet. As he explained, there’s no way Leaven could have gotten away with not paying had he and his coworkers—who showed up at 2 a.m. every workday to pick up their deliveries—been properly classified as employees.

Wage theft in its various forms came up time and time again. Burns, a contract content writer for Forbes and other outlets, raised the struggle that so many freelancers face in getting paid on time and in full. The fear of being injured or getting sick at work was also shared among the panelists—a familiar bogeyman for the many independent contractors across the country who lack health insurance. A 2016 survey found that 35 percent of gig workers were uninsured, more than three times the national rate. Gerena-Quinones explained how, much like Uber, various apps like Postmates and Doordash heighten drivers’ risk by using artificial “incentives” to push them to work harder without any real benefit, and he described the lack of company response (let alone workers’ compensation) when he was injured while rushing between jobs. Via a translator, Ramirez spoke about how difficult it is to take off work when she or her children are sick—a concern that feels especially pressing as the coronavirus continues to spread rapidly, and the Trump administration has refused to make any real effort to stem its potential impact. A widespread lack of paid leave in this country, combined with a proprietary health care system that disincentivizes seeking medical attention, means that Ramirez and countless workers like her are constantly at risk of encountering infectious diseases—and so are the clients they serve.

As an independent contractor myself, I nodded along in agreement as the panel speakers described the financial pressure and overall instability that comes with the territory of being employed-but-not-an-employee. Ramirez described the feeling as “floating,” unmoored and unstable. But California’s AB5 law was drawn with a broad brush, and its detractors say that by trying to shoehorn a variety of disparate workers into one catch-all legislative win, it has hurt some members of an already precarious workforce. Freelance journalists, for example, have raised an outcry over the way AB5 will impact their ability to make a living in California, and a group of writers have even filed a lawsuit calling the law unconstitutional. The NY DIRECT coalition is working to ensure that New York’s version of the law is a success, and hearing directly from impacted workers like Ramirez and Sidibe is essential for any lawmaker looking to address worker misclassification. They are not only the real experts on the matter; they are also working to make a difference in their own work communities—communities that are often ignored or forgotten when the legislative spotlight winks out.

Ramirez, for example, is a member of the New York Nail Salon Workers Association, a group of eight hundred immigrant women nail salon workers who are fighting to improve working conditions in the city’s many nail salons. Despite a raft of new regulations passed by New York Governor Cuomo in 2016, part of an effort to crack down on exploitation within the industry that was exposed a year earlier in a blockbuster investigation by Sarah Maslin Nir, a new report compiled by NYNSWA found that wage theft is still rampant in a workforce that is 80 percent immigrant women of color. Four out of five workers surveyed reported continuing to experience wage theft, and 79 percent are not even being paid the subminimum wage that is due to be eliminated by December 2020. In light of this injustice, the NYNSWA and their allies in Adhikaar, a worker center that organizes over one thousand three hundred Nepali and Tibetan-speaking nail salon workers in New York, took their latest battle straight to Albany. On February 25, a hundred nail salon workers descended on the state capitol to lobby for the Nail Salon Accountability Act, which would strip nail salons of their business licenses if they fail to comply with labor laws.

Ending worker misclassification is the floor, not the ceiling, when it comes to the future of gig work.

Sidibe is also an old hand at tackling industry-wide issues. He helped organize the 2019 national strike against Uber and Lyft, and his union, the New York Taxi Workers Alliance, blasted a pair of 2019 bills aimed as extending more protections to gig workers, saying that they did not go nearly far enough. In November 2019, they celebrated a victory over Uber when the New Jersey Department of Labor ruled that its drivers must be classed as employees and that the company must contribute to drivers’ unemployment insurance. The NYTWA welcomed news of AB5’s passage, and as members of the NY DIRECT coalition, they are also involved in efforts to ensure gig workers’ rights are the centerpiece of any new New York legislation in AB5’s vein.

Cyclist Gerena-Quinones, who has worked as both an independent contractor and an employee (he was a formerly a Community Manager for Postmates), has hit upon his own solution to the problem of worker misclassification. He feels it’s high time that workers cut out the bosses entirely and take matters into their own hands, which is exactly what he did by founding Cargo Bike Solutions, a carbon-neutral bike delivery service that skirts the delivery apps in favor of community engagement and forming direct relationships with restaurants and food pantries. While independent contractors are allegedly free to set their own hours and dictate their own schedules, that’s clearly not always the case. In fact, it was only by taking up a kind of entrepreneurship that Gerena-Quinones was able to find that freedom he’d been promised, while also disrupting delivery apps’ dominance in his own way.

As we closed out the discussion, Gerena-Quinones’s vision of a worker-owned future that sent ripples of interest through both the other panelists and the audience. Faced with an untenable system, he took matters into his own hands, and in doing so, found a more sustainable—and equitable—model for survival. In a more just world, all independent contractors would enjoy the benefits that only some have now, and all workers would be treated with dignity, equity, and compassion; ending worker misclassification is the floor, not the ceiling, when it comes to the future of gig work. Conversations like these give me hope that we are moving, however slowly, toward a more radically human arrangement of labor relations. After all, there is nothing more freeing than firing your boss. 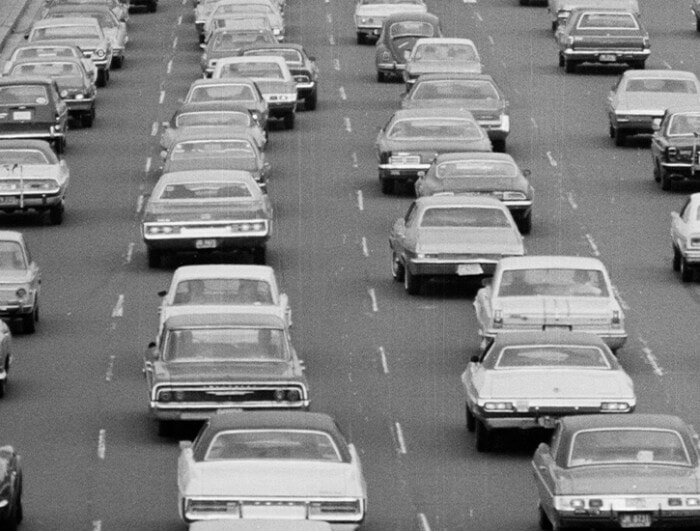 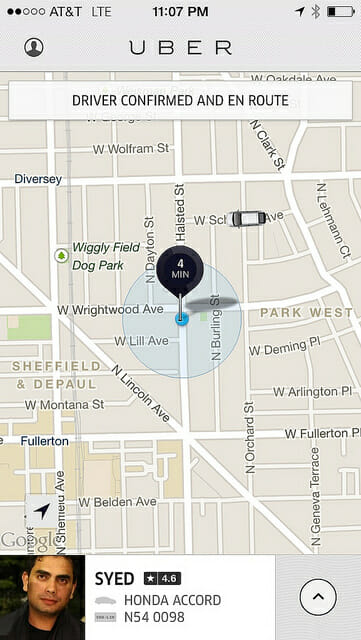 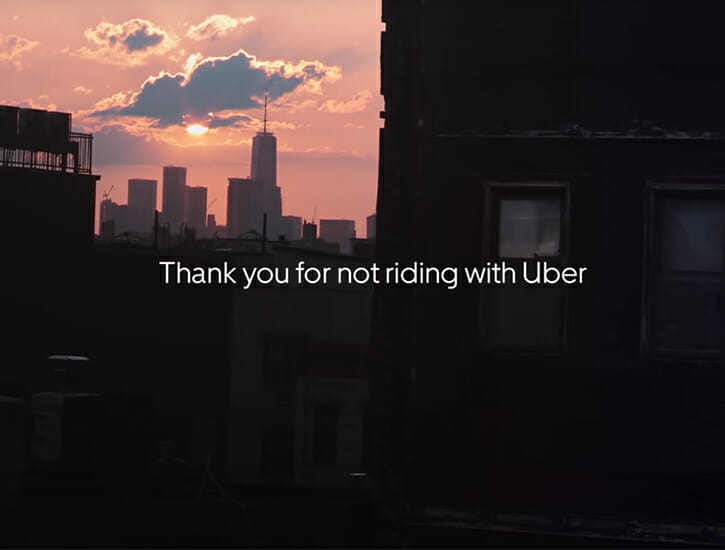