“Listening to dogs bark,” the poem begins. It’s ghostly, a little ominous; it could be set at any time. Because it’s a haiku, the next line reflects on nature: “sirens howling, fireflies.” The last line is an abrupt tonal shift, delivered as bluntly as the news itself: “the dog walker died.” In eleven words, the writer lays out a complete emotional arc, from not-unpleasant chaos to brief moments of wonder and sudden loss.

Lorraine Garrett, a domestic worker employed by a family in Park Slope, wrote this and several other pieces just after the start of the coronavirus pandemic. Since September, she’s been part of a writing group for people whose work has lately been deemed essential. Her workshop mates are taxi drivers, street vendors, migrant workers, and retail employees. They write about their day jobs directly and indirectly. Sometimes they inhabit others’ perspectives; sometimes they write odes to the marigolds in Madison Square Park. While the New York Times has published no less than five essays on bird-watching while sheltering in place since March—a coping mechanism suited to readers with spare time, scenic shelters, and few pressing material concerns—these students’ writing offers a different view of the pandemic’s effects.

The group was started by Mark Nowak, author of the recent book Social Poetics, a treatise on equitable and socially driven writing workshops. Nowak is a documentary poet who uses newspaper clippings and testimonials to shape a narrative around events like the 2006 coal mine explosion in West Virginia. Growing up in Buffalo and witnessing the conditions of factory workers in the city’s working class communities, he went on to coordinate with Domestic Workers United, New York Taxi Workers Alliance, Street Vendor Project, and several other groups to bring creative writing to their members. In both poetry and grassroots organizing, he says, the goal of whoever’s in charge should be to disappear at some point, to put aside one’s ego and let other voices take over. Nowak is increasingly focused on the workshops he runs for union members; his hope is that the skill required of his students and the degree to which they’re relied upon won’t be taken for granted anymore post-pandemic.

For some of Nowak’s workshop attendees, attempting to make sense of a chaotic situation with a restrictive form like haiku is soothing.

Teju Cole—author of the novel Open City and photo essays Blind Spot—announced a similar workshop this month after posting a call for applications from first responders on social media. Like Nowak, he expressed concern that these workers’ efforts would go unrecognized, or would be recognized superficially. “A language of heroism quickly developed around these workers,” Cole said in an email. “In descriptive terms, what they are doing is indeed heroic. But it’s also a designation that many of them are uncomfortable with. Given a choice between being hailed as a hero and being given safer work conditions and better pay, any sensible person would choose the latter.”

For some of Nowak’s workshop attendees, like Lorraine Garrett, attempting to make sense of a chaotic situation with a restrictive form like haiku is soothing. She emailed me a spreadsheet of over a dozen poems she’s written recently. What she’s most interested in, though, are children’s stories. She aims to write and publish one; she spends all day around kids, after all. “I know what they’re going to do before they do it,” she said.

For her fellow workshop member, Davidson Garrett (no relation), a retired taxi driver of forty years, writing poems is grounding right now because, at least in his approach, the medium is both topical and timeless, giving context to more immediate stimuli. “I go to Madison Square Park a lot because I live near there. It’s so beautiful, with the flowers and everything. The flowers—I just needed something joyful in my life,” he said. “I needed a transfusion of joy. . . . I wrote a poem about the pipe organ recently because I find music to be healing and very salubrious.”

Though the act of writing creatively may be a relief for these writers, both Nowak and Cole emphasize that their workshops are spaces for rigorous practice. They resist the idea that a workshop outside the MFA system would be somehow less focused on aesthetics. Their students aren’t just taking care of themselves; they’re writing to be read. They’re learning rules and breaking them.

“The wish to improve one’s writing . . . is not a merely decorative one, or a bid to increase one’s affiliation with a certain idea of class,” Cole said. “We wake early or stay up half the night, we tirelessly polish sentences, we sift through hundreds of photos looking for the right sequence, and some people will even give up their one free day in the week to think about writing: Why? This is not a hobby. This is about finding the language that is worthy of the things we have seen in life.”

Nowak introduces his classes to a variety of poetic forms, providing them with historical and political context. While studying haiku, they read poems written in Japanese internment camps. They write sonnets and pantoums, tankas and fairy tales. He takes seriously the idea that there shouldn’t be a clear delineation between the writers’ lives—their quotidian concerns, the people they observe on the job, the political debates they may have at work or at home—and their creative work. Their writing, he says, is “a form of both personal and political analysis. What does it mean to still be driving a taxi, still be taking care of somebody’s baby or somebody’s parent?”

Quarantine for these writers has not meant time passed indoors baking bread, or time passed outdoors but apart, watching birds. They continue to work outside their homes, assisting patients and customers, shuttling past tired fellow workers and barking dogs. Of course, people in the service industry and the health care industry have always had more face-to-face interaction on the job than someone in a managerial role. But now they’re some of the only Americans legally able—or in some cases forced—to witness what’s happening in the public sphere, the outside world.

In Social Poetics, Nowak celebrates past poets of witness: exiles and survivors of war, writers who’ve been imprisoned or censored. The genre arose not from attempting to imagine atrocity, but by reporting it firsthand—the sounds, the smells, the particular way a crowd gathers and dissipates. The resulting works are resonant in their directness and specificity. First responders and essential workers aren’t witnessing a war, despite the militaristic metaphors being foisted upon them, but they are witnessing loss, rapid change, happenings that seem unreal but are not. They’re also witnessing the curious ways in which life goes on: sirens sound, a food cart vendor spilling a jar mustard.

The collaborative social commentary that happens in Nowak’s workshop lends itself to an empathetic, communal point of view—the first-person plural.

But just because these worker-writers are qualified to write first-person accounts doesn’t mean it’s their responsibility to document. Davidson Garrett, who’s taken Nowak’s workshops since 2013, opts for more timeless subjects, more interior arcs, and, occasionally, fiction. “We don’t necessarily focus just on our work. We focus on our lives in general,” he said. Growing up in Louisiana as a gay man, he felt alienated. He resolved to move to New York to work as an actor and started driving cabs to make money. That experience serves as a way in for his writing. “I often start out in the taxi, but then the poem can go from the taxi into my mind, into what I’m experiencing psychologically.”

This shift from the real to the imagined—from first-person accounts to third-person fictions—is characteristic of the work done in Nowak’s group. His students catalog what they see; after getting to know each other well, they begin imagining each other’s experiences too.

“I wrote a poem the other day about a hot dog vendor,” Davidson Garrett said. “He spilled the mustard jar from the cart on his feet. I talked about how it ‘yellowed’ his feet.” Lorraine Garrett has written about people in jail with the virus, about paychecks bouncing, although, thankfully, hers haven’t.

The collaborative social commentary that happens in Nowak’s workshop lends itself to an empathetic, communal point of view—the first-person plural. Nowak dedicates a chapter to the mode in his book, writing that individualism in our grammar reflects individualism in our lives. Collective pronouns work against that tendency, illuminating the ways in which we’re connected beyond the linguistic. “My burden becomes our burden. My precarity becomes our precarity,” Nowak writes. He analyzes a single poems that begins in first person—I saw, I wrote—shifting to the second person—you coughed, you hurt—and finally to a sort of collective imagining: we carried on.

Maddie Crum’s writing can be found in Joyland, Triangle House, VICE, Literary Hub, The Los Angeles Review of Books, and elsewhere. She teaches writing at The School of The New York Times and as an adjunct at Brooklyn College. 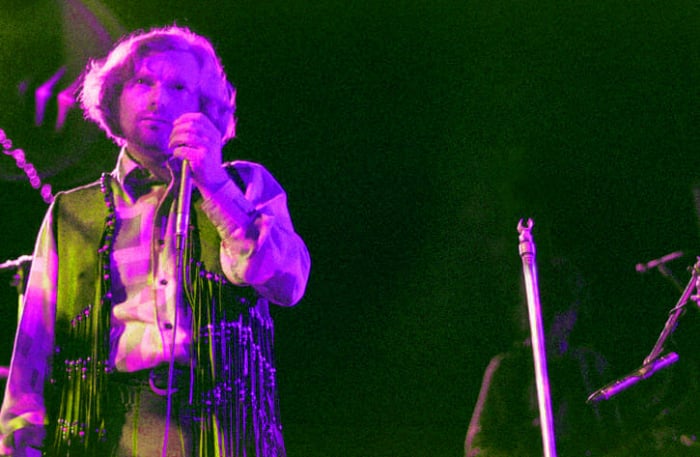 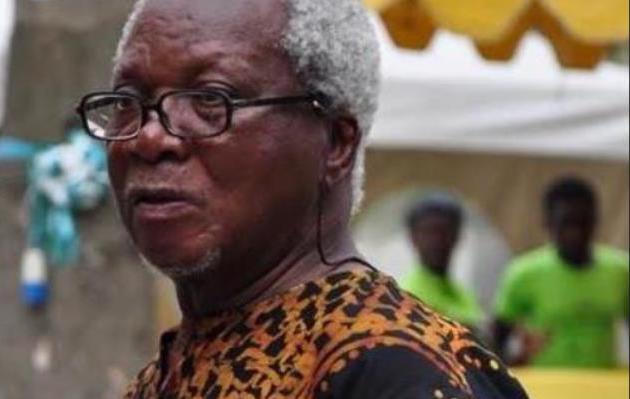 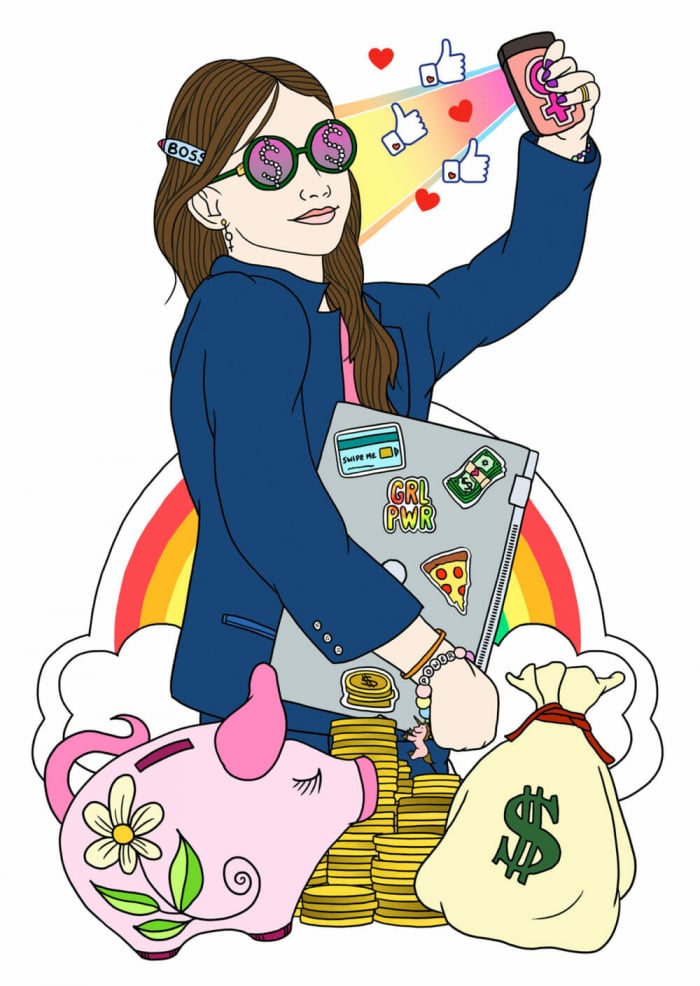